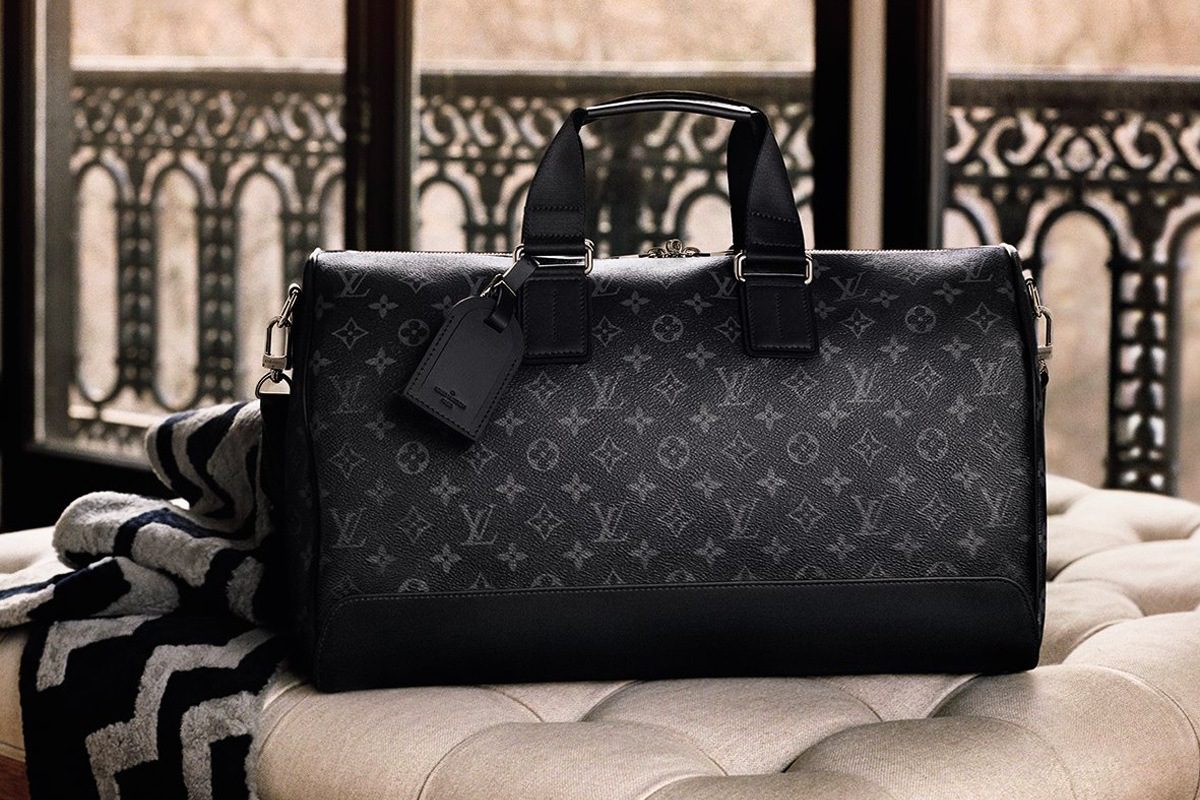 Luxury items: those extravagant, non-essential purchases that add flavour to life and value to wardrobes, wrists, homes and beyond. Our health and wellbeing may not depend on them, but they elevate our confidence, they make us feel good – and if that’s not worth paying a premium for then, quite frankly, what is?

The labels that provide us with these prized possessions are exclusive, sought after and, more often than not, steeped in history and tradition stretching back centuries. They are, by their very nature, luxury brands; names that evoke notions of quality, prestige, craftsmanship and that every modern gent should be familiar with.

Below is a curated selection of the world’s finest luxury brands, spanning everything from Italian automotives to high-end home audio equipment. For the Ape reader looking to invest in a touch of opulence, these are the labels to know. A vibrant Italian fashion house whose cachet has grown exponentially in recent years, Gucci is now the biggest tastemaker on the face of the planet. In classic menswear circles, the label is known for its iconic horsebit loafers and tailoring, but the past decade has seen a great deal of successful experimentation with streetwear-leaning styles and sneakers too. LV’s luxurious take on leather luggage has seen it become the most valuable luxury brand in the world. The label started out selling upscale trunks and bags to the Parisian social elite in the 1800s, but has since evolved into a full-scale fashion house with seasonal haute-couture shows, ready-to-wear lines and even the odd groundbreaking collaboration – most notably with transcendent NY skate label Supreme in 2017. Rolex’s carefully cultivated image and well-earned reputation for quality have made it the world’s most recognised brand for luxury timepieces. Originally born in London, the company moved operations to the spiritual home of haute horology, Switzerland, shortly after and remains there to this day. Among other things, Rolex patented the world’s first waterproof watch and its iconic Datejust, Submariner and Daytona models remain some of the most popular watches in the world today. Putting the UK on the high-fashion map, Burberry is probably best known for its signature check and its iconic trench coats. Established in the mid 1800s, the brand was originally focused on outdoor attire designed to combat the British elements in style but has since expanded into fashion, fragrances, accessories and eyewear. Despite a decline in public image in the 2000s, the historic London label has since managed to rebuild its reputation as one of the leading names in luxury fashion. Now with Ricardo Tisci at the helm, the only way is up for this British institution. IWC (International Watch Company), is a leading luxury watch brand headquartered in Schaffhausen, Switzerland. Throughout WWI and WWII, the brand built more military-spec pilot’s watches than any other company and this background in aviation timepieces remains at the core of what IWC is known and respected for today. Aside from pilot’s watches, IWC’s Portugieser and Portofino styles are firm favourites of watch connoisseurs, running the gamut of prices from £3,000 all the way up to six figures. Synonymous with luxury, performance and elegance, Aston Martin’s Automobiles fall somewhere between high-end sports cars and works of art. The quintessentially British brand produces some of the most beautiful vehicles on the road, which have been immortalised on film time and time again thanks to the brand’s connection with the James Bond franchise. Known for its niche fragrances and minimalist aesthetic, Diptyque produces some of the finest candles and perfumes money can buy. The company dates back to the 1960s and its products are a common sight in elegant boutiques and upscale department stores around the world. Fragrances are crafted manually, using raw materials and as such can only be made in small batches, making them exclusive and highly sought after. Widely regarded as the most prestigious jewellery manufacturer in the world, Cartier has been producing luxury goods for almost 200 years. Known primarily for its women’s jewellery, Cartier also makes luxury wristwatches which have become increasingly collectable over the years. In fact, it was Louis Cartier who popularised the wristwatch as an accessory for men, further cementing his eponymous brand’s place in the history books. 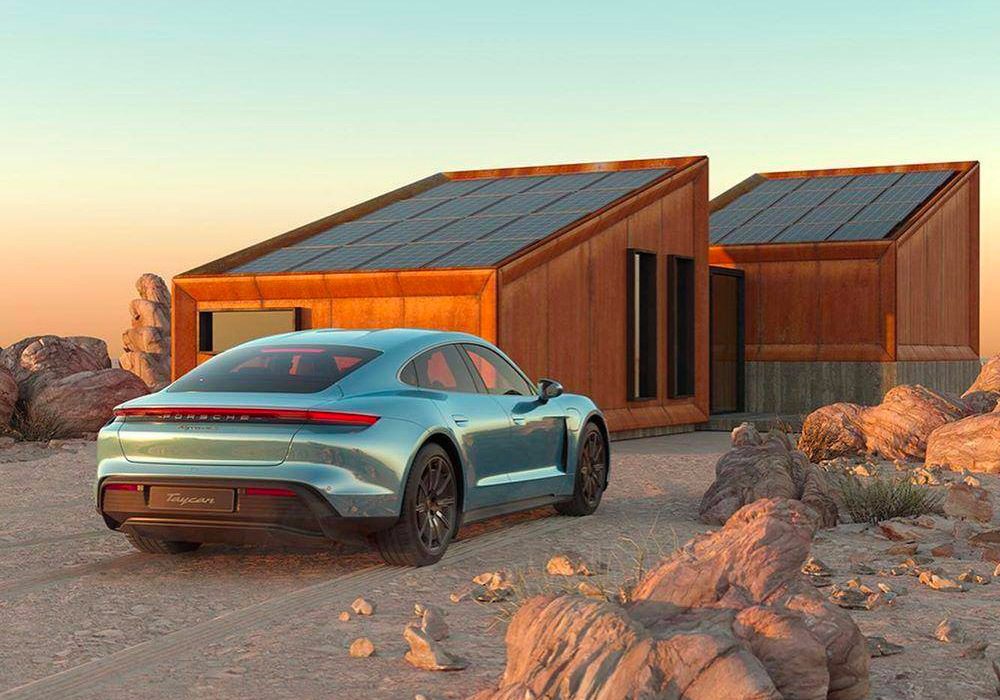 Hailing from Germany, the automobile-engineering capital of the world, Porsche is a luxury sports car brand known for precision handling and power. Iconic models like the 911 and 356 are synonymous with the Porsche name, but the brand has now branched out into larger lifestyle vehicles like SUVs, albeit with those same signature looks and sports car DNA. 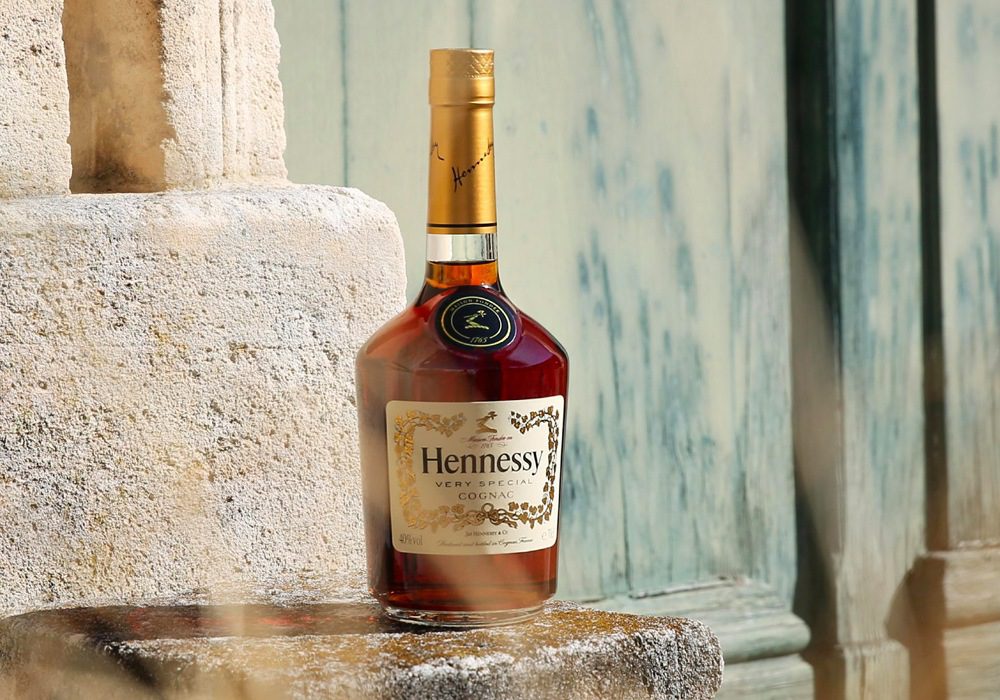 Supplying more than 40% of the world’s cognac, Hennessy is, by and large, the biggest cognac producer on the face of the earth. On the surface, a £30 bottle of Hennessy VS may not seem like a true luxury item, but as you move on up through the ranks of the brand’s cognacs, things begin to escalate quickly. Top-shelf varieties, like the Richard Hennessy and Paradis Imperial, boast incredibly intricate and complex bouquets and will set buyers back more than the price of a decent second-hand car per bottle. Italian menswear designer Brunello Cucinelli describes the look championed by his eponymous brand as “sportivo chic”. The range is built around soft tailoring, upscale casualwear and a light, subtle colour palette, boasting garments that let their fit and quality do the talking without the need for heavy branding or logos.

Garments like these don’t come cheap, though. Brunello Cucinelli’s clothes, footwear and accessories are famously pricey, but when you take into consideration the materials, craftsmanship and passion that goes into every piece it’s not hard to see why. The Dom Pérignon image is so strong that even the mere mention of the name evokes luxury and indulgence. While it is its own brand, Dom Pérignon is not actually a champagne house. In fact, it is simply the prestige cuvée made by Möet & Chandon. Nevertheless, it has become such a hallmark of lavishness that it has come to be recognised as a brand in its own right, synonymous with extravagance and splendour. Gucci may be the biggest fashion brand in the world right now but it owes much of its success to Tom Ford. The designer was known for his transformative stint as creative director at the Italian fashion house but is now perhaps more famous for his eponymous luxury brand. From immaculately-cut tailoring to iconic fragrances, Tom Ford’s products are known for their debonair refinement, attention to detail and exclusivity. In the early days of boxy, trundling battery-powered automotives, it was hard to imagine electric cars ever becoming luxury items or the objects of desire. That all changed with Tesla. Suddenly it was possible to have not just an electric vehicle, but one that performed better than many gas-guzzling sports cars. But that sort of performance understandably comes at a high price, putting Tesla firmly into the ‘luxury’ category. A combination of exquisite craftsmanship, rich heritage and attention to detail give Hermès its luxury image. The brand was founded in Paris in 1837 and quickly made a name for itself as the go-to manufacturer of leather harnesses and bridles for the carriage trade. From there, the label moved into the production of leather clothing and luggage and now creates everything from luxurious home furnishings to fine fragrances. Chanel may be known first and foremost for women’s fashion but more and more trendsetting male celebrities and instagram influencers are looking to the historic French house for rare, statement pieces and hard-to-find vintage grails. Perhaps as a result, the label’s cachet as a male luxury brand is growing and the men’s ready-to-wear collections are expanding all the time. In fact, just last year Chanel announced its ever first capsule collection, made in collaboration with longtime fan of the house, Pharrell Williams. A niche perfume house with boutiques in all the glitziest corners of the globe, Creed’s signature scents have become the go-to for everyone from A-list celebrities to wealthy CEOs. In spite of a somewhat spurious history, the brand’s status as a luxury brand is well established thanks to the uniqueness and exclusivity of its perfumes. Known for its sporty chronographs and iconic diving watches, Omega is a leading Swiss watchmaker with an impressive history. Since 1848, the brand has been making its luxury timepieces, but it was when it cemented its place as the official timekeeper of the Olympics in 1932 that the world really started to take notice. It’s a position that the brand still holds to this day, as well as having been worn on the moon by Buzz Aldrin and by 007 himself in many a James Bond film. German luxury goods brand Montblanc produces an assortment of indulgent products, including bags, watches and jewellery. What really defines Montblanc, though, are its pens. For more than a century, the Hamburg-born brand has been producing writing instruments of the absolute highest quality and they still form the backbone of the company to this day. A historic British motor company associated with performance, prestige and elegance, Bentley has been creating some of the UK’s most prized automobiles for more than a century. With a historic motor-racing pedigree, Bentley is a popular choice of car for the rich and famous and is held in high regard by motoring enthusiasts and aficionados. Today, it’s well established as one of the most opulent and indulgent car brands in the world and a true benchmark of luxury. Hailing from Denmark, Bang & Olufsen is a luxury audio-visual brand specialising in high-end speakers, headphones and televisions. The brand’s unwavering approach to quality and focus on sonic clarity have seen it become a respected name by audiophiles. Meanwhile, an unmistakably Scandinavian approach to design has made it the audio brand of choice for discerning and cash-rich homeowners across the globe. The world’s foremost cashmere processor, Loro Piana is an Italian textiles and fashion brand with a commitment to quality. The company sources only the very finest of raw materials from around the world, including unique cashmere from baby goats in China, Mongolia and the Andes, and extra-fine merino wool from New Zealand. It supplies fabric to some of the leading brands in the world, as well as producing its own luxurious range of clothing and accessories. Now under its fifth generation, John Lobb is a family-run business specialising in high-end, bespoke footwear. Each pair of shoes is uniquely fitted to the customer and designed according to their exact specifications and requirements. In the 1970s, the French arm of the company was purchased by Hermes, and continues to sell premium, ready-to-wear footwear under the John Lobb family name. Berluti is a men’s footwear manufacturer specialising in high-end shoes and boots. The French brand is renowned for its unique leather finishing and the artistry of its products. A rich and individual patina is what makes each pair of Berluti shoes so special. The leather has character and is treated in such a way that it takes on deep, complex colours. As such, no two pairs are the same, further adding to the brand’s exclusive appeal. Born in 1961, Saint Laurent is one of the most respected fashion houses of the 20th century. The label has its roots in haute couture but changed the face of fashion forever with the introduction of a luxury ready-to-wear line in the late 1960s. Since then the brand has gone through a number of stylistic shifts and changes in direction, somehow managing to remain relevant throughout.

As far as menswear goes, Saint Laurent’s leather jackets and tailoring, in particular, are held in extremely high regard. 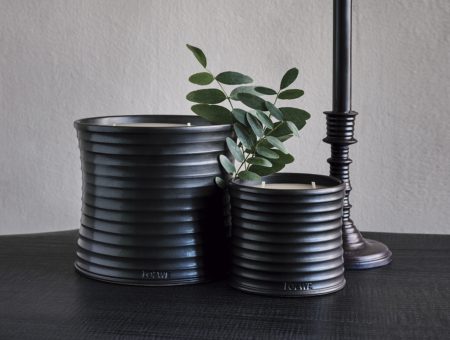 20 Candles For Men That Will Make Your Home Smell Better

48 Stylish Christmas Gifts For Every Type Of Man