For most people looking to invest in a decent watch, there’s no question about which brand they’re going to go for first. It’s a no-brainer: Rolex. The crowned king of luxury timepieces has reigned supreme for the better part of a century (they’ll be celebrating the grand old age of 100 next year) and today is one of the most recognised names in the world.

If you’re new to watches though, just saying Rolex doesn’t mean all that much. It’s like saying Lamborghini to someone that doesn’t care about cars; they might know the name, but do they understand the differences between an Aventador, Huracan or Miura? Like hell they do.

So, if you’ve just gotten your first bonus and need your first Rolex to match it, Ape has teamed up with pre-owned watch specialist Watchfinder & Co. to showcase the five models you should consider. We’re only covering ones you can get hold of right now, so no vintage Paul Newmans or Single Reds here. That’s a minefield we are not going to step into. 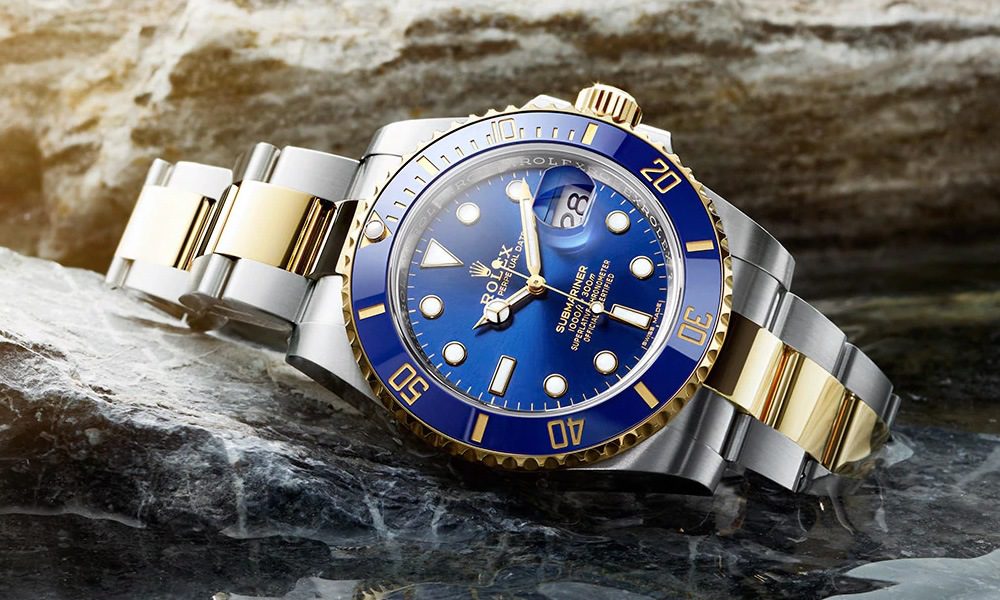 The classic diving watch to which all others aspire. Well, that’s a bit of a stretch; modern diving watches owe almost as much to Blancpain’s Fifty Fathoms, but the Submariner is still the most copied diver ever built. Launched in 1953, it was the first watch to break the 100m depth barrier and, in many ways, the watch that made Rolex the brand it is today.

The modern Submariner can hit 300m now – if you want deeper you’ll need to opt for the Sea-Dweller – but is otherwise relatively unchanged. It still has the unidirectional rotating diving bezel, the big, lume-covered indexes and the famous Rolex hour hand.

As tempting as it is to opt for gold, any Rolex sports piece needs to be in steel (or at least bi-metal) – the latest green version of which (model 116610 LV, affectionately named “Hulk” by collectors) is an incredibly handsome timepiece. The first and most iconic dual timezone watch, the GMT Master was designed for pilots in the golden era of transatlantic aviation. The original version allowed you to track two time zones with bezel and 24-hour hand linked directly to the 12-hour local time. However, the GMT Master II allowed you to set the 24-hour hand independently, essentially tracking three time zones.

Today, the watch is iconic enough to have nicknames for its various day/night rotating bezels. There’s the black and red “Coke”, the black and blue “Batman” and, most famously, the blue and red “Pepsi Cola” (featured image, top). Last year saw Rolex reissue the latter in a slightly modernised form and, if you’re wondering whether it was successful, try getting hold of a new one right now. You’d have better luck getting the rose gold “Root Beer” (above) or this year’s Batman. Luckily, the pre-owned market allows you to pick up iconic models such as these, so you can join a very select group of collectors. First released in 1963, the Daytona is not only the archetypal racing watch, but remains arguably the single most sought-after timepiece in the world. Seriously, waiting lists for new Daytonas are incredible for the gold versions, impossible for the steel. We have a lot of things to thank the inimitable Paul Newman for, but him sending the Daytona into the stratosphere of style iconography is not one of them.

The Cosmograph Daytona is a modern interpretation of the vintage models, but doesn’t change the formula all that much, more just the materials. It retains the famous tachymeter bezel for calculating average speed – albeit slightly wider than the vintage models – and the instantly-recognisable trio of chronograph subdials. The Daytona is still the only chronograph Rolex makes, other than the niche Yacht-Master, and is the pride of most collections it’s in.

In case you were wondering, the famous Paul Newman version is defined by its dial, which has contrasting subdials, generally black on white or white on black. You know, on the off chance you spot one going cheap. You won’t. But the pre-owned market still offers some truly stunning versions that will very likely maintain their value forever more. As the name suggests, this is Rolex’s mountain-conquering explorer’s watch. It’s about as basic a watch as you can get, by which we mean it’s simply built to survive. In fact, the base version of the Explorer has three hands, three numerals and a 3132 calibre movement that can deal with more than any timepiece should need to go through.

However, we actually prefer the Explorer II with its bright orange 24-hour hand and fixed 24-hour bezel. It was designed to allow adventurers to be able to tell the time of day while down in a cave, which is a terrifying thought. It’s also slightly bigger at 42mm, compared to the Explorer’s 39mm. Even stripped back to horological basics, both watches are iconic sports timepieces – which, as you might have guessed by now, can be said of all Rolex sports watches. The only Rolex dress watch that’s anywhere near as famous as its professional collection, the Day-Date is defined by the kind of men who have worn it in the past, including a couple of notable US presidents like Lyndon B Johnson and JFK. In fact, so popular was the Day-Date among the governing elite that its popular moniker is the Rolex “President”.

It’s probably the most diverse watch in the Rolex portfolio, with three different bezel variations and a ton of dials to match. The classic is the full yellow gold – dial, case and President bracelet – with a fluted bezel. If you want pure prestige on your wrist, this is the watch you need. But don’t discount the platinum version with an ice blue dial if you’re looking for a sophisticated splash of colour.

Watchfinder & Co. was founded in 2002 and has gone on to establish itself as the premier resource from which to buy and sell luxury pre-owned watches. With thousands of timepieces available from more than 50 of the world’s biggest names in watchmaking – including Rolex, Omega, Patek and Cartier, amongst others – the choice is unrivalled and so are the price points.

How do I know a watch is genuine?

What if the watch stops working?

What is the returns procedure?

When purchasing online or over the phone, Watchfinder give you 14 days to return a watch you aren’t happy with for a full refund. For in store purchases, you can return you watch within 14 days for an exchange or store credit. See full terms and conditions here.

Uncompromising Denim: Where To Go For Affordable Jeans

This Affordable Tonneau Watch Is Our New Favourite Timepiece