“You get what you pay for” is a pretty good mantra to live by – especially where your wardrobe is concerned. Take boots, for example. If you’re tight with your money, you’ll be met with cheap leather (or worse, synthetic), flimsy soles and low-standard construction. Ultimately, that equates to footwear which won’t stand a chance against the harsh winter elements, will fall apart in a short space of time, and need to be replaced at further expense.

Alternatively, you could invest more and come away with something robust, handmade and built to last. It may be a bigger hit to your bank balance in the short term, but in the long run, you’ll get more for your money.

With that in mind, these are the bootmakers worth knowing and what they specialise in.

They say practise makes perfect and Northamptonshire heritage footwear brand Grenson has certainly had its fair share. Founded by William Green in 1866, it was the first bootmaker to use the Goodyear-welt process (a layer of leather stitched to the bottom of the upper and then bonded to the sole) – a construction technique it still uses to this day and is now widely viewed as a hallmark of quality.

Signature styles include Derby and Chelsea boots, as well as some of the best brogues around.

Named after its founder, a travelling labourer and bushman who became a millionaire thanks to his leatherwork, Australia’s R.M.Williams is known the world over for producing some of the finest boots money can buy. One-piece leather riding boots are the brand’s most popular design and were revolutionary in terms of their construction when they first launched in the 1930s. Today, you can still find them alongside lace-ups and other classic silhouettes, all of which boast the brand’s characteristic rugged build quality and sleek good looks.

Hailing from the small Italian city of Montegranaro, Velasca has quickly gone from a small artisanal shoemaking operation to a worldwide footwear brand without sacrificing any of the quality. Using the finest Italian materials and handmade techniques, the brand’s boot collection combines style with quality and durability in every piece. Highlights include the Giasee country boot and the classic Tirape lace-up.

Hailing from Portland, Oregon, Danner is an American heritage manufacturer known for producing some of the toughest boots around. And that’s not just talk – the brand’s build quality and ruggedness has earned it a contract with the U.S. Department of Defense, making boots for the Marine Corps. And if they’re good enough for those guys, they’re good enough for us.

It’s been over a century since Tuscan craftsman Antonio Cappello made his first pair of hiking boots. It was a move that laid the foundations for a long-running family business that’s still going strong today. The brand is known for its boots’ traditional styling and use of fine Italian leather. And, in a move that has brought it bang up to date for modern times, shoppers can now completely customise their boots on the firm’s website and have them handmade to order.

Timberland’s signature six-inch yellow boot is nothing short of a footwear icon. In the time since it first hit shelves in 1973 everyone from weather-beaten workers to rap royalty has fallen in love with its robust build and rugged good looks. The yellow boot was originally designed to stand up to the cold, snowbound winters of New Hampshire – and it did just that, quickly becoming the basis for the entire Timberland brand and one of the most recognisable boots there is.

It’s impossible to think of casual boots and not think of Clark’s. The brand is a British institution and its iconic desert boot is a timeless classic, unparalleled in terms of versatility and styling. It’s far from Clark’s only boot though. Other signature styles include the Wallabee and the Desert Trek, both of which are ankle boots complete with its trademark crepe sole and minimal design ethos.

Another Historic British shoemaker flying the flag for Northamptonshire, Tricker’s has been on every self-respecting footwear connoisseur’s map since 1829, when the brand was the maker of choice for heavy-duty country boots and shoes for England’s estate owners and landed gentry. Today it’s still very much doing its thing, and thanks to some modern tweaks and the odd collaboration here and there, it’s one of the coolest bootmakers there is.

If there’s one piece of footwear that perfectly encapsulates the vintage Americana workwear aesthetic it has to be a Red Wing boot. That combination of rich tan leather and white wedge sole is instantly recognisable and indicative of quality to those who know. Countless brands have attempted to better the Red Wing design and so far none have succeeded. If you’re after a pair of American work boots, why not skip the rest and go directly to the best?

Another Northamptonshire brand can only mean one thing: more quality boots. Dr. Martens is relatively young when compared to other shoemakers from the county, but what it lacks in heritage it compensates for in attitude. Although its boots were originally designed as workwear for gardening, Dr. Martens were soon adopted by various youth subcultures, earning them an “alternative” image which still holds true to this day.

Hunter is synonymous with wellies that look as good as they work, and has the heritage to back up its celebrity. The brand has produced rubber boots since the mid-1800s and has a couple of Royal Warrants to its name as well. Go to any British music festival and you’ll see Hunters squelching through the mud but despite the ubiquity of that style, the label also does rubberised Chelsea boots, insulated snow boots and technical hikers.

Frye has been in the bootmaking business since 1863, producing boot styles for cowboys, soldiers, engineers and more. Hardy, masculine and made to last, each design has a sense of timeless Americana with a number of them made in Massachusetts. Quality leather and Goodyear-welted construction justify the price tags, while the retro-modern aesthetic strikes a wearable balance between classic and contemporary.

Best For: Work Boots That Feel Like Dress Boots

Another Massachusetts heritage brand, Alden has been producing exceptional footwear since the 1880s. They’re ostensibly worker styles but they’re crafted and finished to such a high standard that you could wear most of them with tailoring. Intricate stitching, Goodyear-welted construction and soles you’d bet your house on mean they’ll last you years. And if all that’s not enough to sway you, it’s also the brand Harrison Ford wore as Indiana Jones.

For years, LL Bean was known as much for its return policy as its wide selection of outdoor goods. Until 2018, customers could return products they were unsatisfied with at any point, even without a receipt. The policy has now changed but it was a testament to the brand’s belief in its own products – boots included. Billed as an antidote to wet feet, the brand’s 100-years-old waterproof styles are rubber-bottomed ‘duck boots’ – perfect for wet walks, fishing and other outdoor pursuits.

It’s a bit of a joke that traditional workwear is now worn more often by office-dwelling urbanites than actual blue-collar workers. But, if you find yourself in a contest over workwear bragging rights, make sure you do it with a pair of Chippewa boots on your feet. The 120-year-old Wisconsin brand is still putting performance first with boots that are resistant not just to water, but to puncture, heat and electrical hazards too. These are the kind of boots that can only be worn with twill carpenter trousers, raw jeans or overalls.

Sole of air. Solovair. Get it? This Northamptonshire brand goes back 130 years and has a story almost as good as its boots. When the first Dr. Martens were made, they came on a Solovair air-cushioned sole because nobody else had the technology at the time. The brand has also made boots for the British Army and its parent company, NPS Shoes, produces boots for the likes of John Lewis and Marks & Spencer. The Solovair range is extensive, but the heart of the brand is chunky military and worker styles all made at its Wollaston factory.

Owned these days by outdoors brand Columbia Sportswear, Sorel started life in the 1960s as a solution to cold Canadian winters. Today it still produces seam-sealed, felt-lined snow boots but also does hybrid designs suited to less Arctic weather. These include waterproof boots that have the lightweight comfort of a sneaker and the technical specs of an off-road hiker. Great throwback designs, too.

Best For: Mountain Boots Fit For The City

Handmade in northeast Italy, Diemme boots are inspired by the high life in more ways than one. Perfectly suited to snowy Alpine conditions, they’re also produced to such exacting standards that they’re desirable at practically any altitude. Depending on which style you go for, you’ll wrap your feet in moulded rubber, Vibram soles and lots of ankle support – not to mention a winning design language that borrows heavily from retro mountaineering styles.

We’re only speaking of this year’s collection, but every one of Saint Laurent’s Italian-made boots comes on a stacked Cuban heel. The brand’s menswear has long been infused with rock star swagger. Not the Metallica kind, of course, more Mick Jagger, Lenny Kravitz, even Harry Styles – that hip-swivelling, feather boa-swinging brand of rock ‘n’ roll. That’s what these boots were made for, with a slim profile, pointy toe, excellent leather and extravagant details like leopard-print patches and crocodile-effect leather. Best worn with skinny jeans, a leather jacket and an uncommon amount of confidence.

Best For: Boots Made For The Great Outdoors

There’s something of a nomadic spirit about Yuketen’s boots, inspired by and made for people who spend their time in America’s vast outdoor spaces. The brand began in the 1980s when founder Yuki Matsuda combined the skills of numerous artisan craftspeople under a single vision. The boot collection includes familiar styles like mocs, chukkas and work boots, but each design also has the Yuketen DNA, with soft, pliable leather, moccasin design details and extremely comfortable soles.

Some ‘Made in England’ shoes are not, in fact, entirely made in England, but different sections arrive here for final assembly. That’s not the case with Joseph Cheaney and Co, which does everything from cutting the leather to the final polish at its Northamptonshire factory. Like a lot of heritage brands, Cheaney’s boot collection mixes classic worker and military styles with chukkas and Chelseas. Fully lined and Goodyear welted, the designs lean classic, solid and luxurious.

Hailing from Tasmania, Blundstone describes its boots as “the most durable, most comfortable ever made”. It’s quite a statement, but one that its products easily backs up. Plus, despite being one of the world’s most recognisable boot brands, Blundstone remains Tasmanian through and through, carrying out all of its design and production on home turf.

Best For: Slippers You Can Wear Outdoors

There was a period when Ugg boots were just naff, something you’d buy for your mum at Christmas but never wear yourself (even though you secretly coveted the warmth and comfort). Not unlike Crocs, however, the brand has undergone some image rehab courtesy of regular collabs with the likes of BAPE, Neighbourhood and Heron Preston. And they are undeniably practical. Uggs feature hardy soles, waterproof suede uppers and wool linings originally designed to keep surfers’ feet warm after early-morning dips in Southern California. Today, they’re just as good for cold walks and Netflix binges. 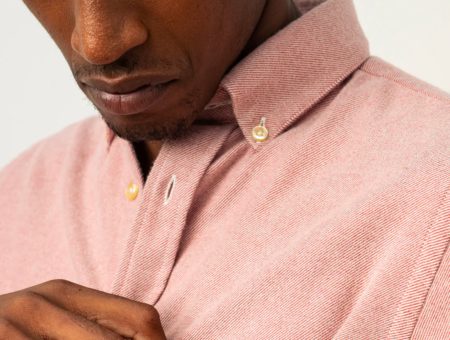 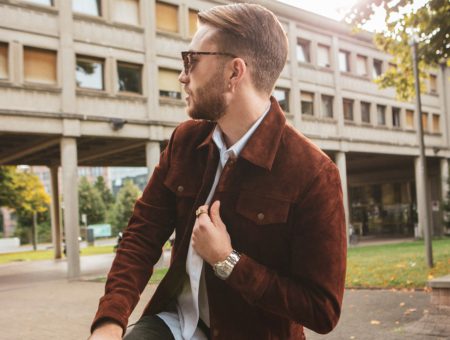