So you’ve received the invitation to the end-of-year event, or you’ve decided to finally bite the bullet and get married… whatever the occasion, the time calls for formalwear, which means either black tie, white tie or morning dress, with the details of each one determined by a unique set of sartorial rules that has rarely been bent.

White tie was and still is the most formal of formal, and unless your presence is required at state banquets, it’s highly unlikely that you will ever need to trouble yourself with this genre, so we’ll skip that for the purposes of this article.

Black tie on the other hand is something all men should know and own, because at some point or another you’ll be invited to an evening function that demands it. Morning dress is specifically for formal events during the day, notably weddings but also certain historic events such as Royal Ascot, where morning dress is a requirement in the Royal Enclosure.

With time, that aforementioned ‘unique set of sartorial rules’ has slightly bowed and warped under the pressure of progress, meaning that some degree of subjective interpretation has allowed for greater creativity, although still within the broader remit of ‘formal’, but we’ll get to all that in a bit.

Suffice to say that if ‘formal’ ever had a stuffy or elitist air about it, then that has been put to bed by some colourful and stylish creative license in recent years. Men’s formalwear has never been in a better, more fun place with a host of tailors subtly reshaping the tenets that have stood for so long. And if you don’t believe us, ask Daniel Craig, who wore a fuschia pink double-breasted velvet dinner jacket on the red carpet for his last outing as James Bond. 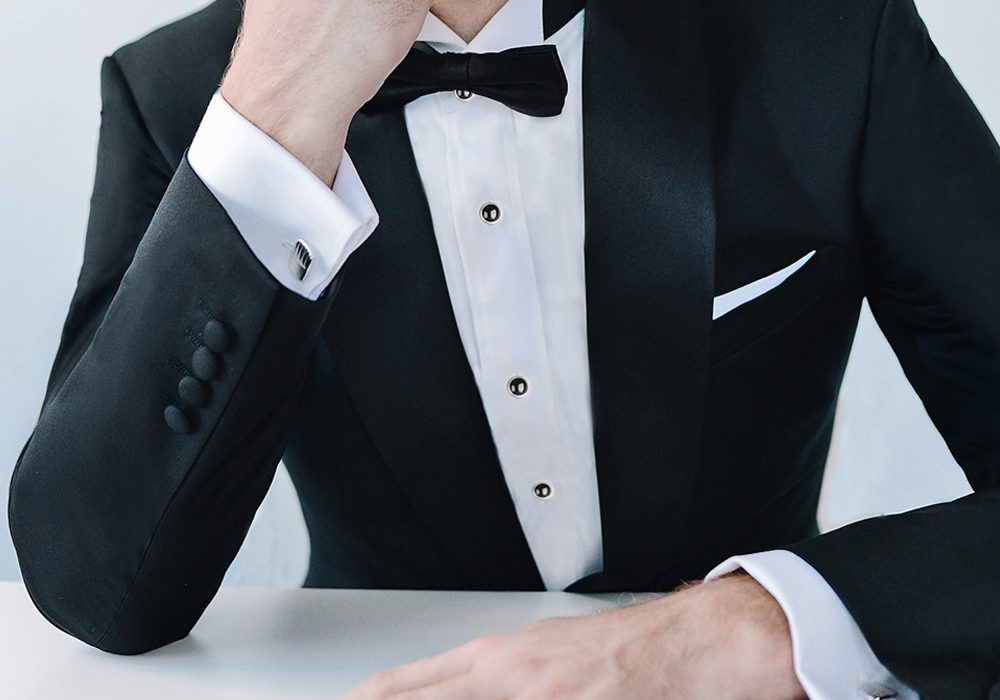 First of all, let’s clear up the confusion between the dinner jacket and the tuxedo. The difference is that there is no difference, only in name. They are one and the same thing. Quite why is an anecdote that refers back to the garment’s very origins.

Story has it that the Savile Row tailor Henry Poole & Co was tasked by Edward VII in 1865 to make him a formal jacket he could dine in because he was nonplussed at having to sit in tails all the time. That request spawned what we know today as the dinner jacket or DJ.

The creation was spotted by another Poole customer, one James Potter of Tuxedo Park, New York. One or two other Poole customers, having seen Potter’s jacket, also had some made and before you knew it they were known as the Tuxedo boys. The name stuck and so now what the British know as the dinner jacket, the Americans refer to as the tuxedo. The classic and traditional black tie setup is actually midnight blue wool (or a silk blend) with silk grosgrain lapels. Although today you’ll mostly find black dinner jackets. Midnight blue looks more black than black under artificial light (black has the tendency to cast a brownish sheen), which is perhaps the reason why it was chosen in the first place.

Should you choose a midnight blue style, you’ll likely be one of the very few at your event wearing the colour – which is all the more reason if you ask us. In terms of shape, the dinner jacket is all beautiful sharp lines to flatter the torso and give the impression of grandeur. The trousers should feature a single row of silk braid down each outside leg and be naturally tapered, with a slight break at the mid-point of the shin. The shirt should be a classic white evening shirt with a marcella collar, bib and double cuffs.

If you prefer to wear shirt studs, they should be black or decorative such as Mother of Pearl to create a nice point of contrast. A midnight blue or black hand-tied bow tie (the size of which should be proportionate to the wearer and wider than the eyes but narrower than the face) is the natural accompaniment, but if you ever see ‘Hollywood Black Tie’ on a dress code, then a simple black neck tie can be substituted.

Bookending your outfit should be a pair of black patent leather Oxfords, or failing that, black patent opera pumps, both worn with black silk socks. Waistcoats are rarely worn with black tie these days. The same goes for cummerbunds, which seem to be regarded as an unnecessary affectation, but if you want to add a swathe of colour about your waist, choose red, white or black.

Don’t forget that important little piece of sartorial real estate which is your breast pocket. In here, a pocket square can be diligently folded or stuffed with great artistic flair. We don’t recommend venturing beyond a white square or, at most adventurous, a polka dot style. It would be a sin to have spent good money and even more precious time on a sophisticated black tie ensemble only to wreck it with a clownish silk square.

Black Tie With A Twist That’s the classic version ringfenced, but as we mentioned at the top, black tie is definitely enjoying a looser interpretation right now, with many high profile men opting for velvet dinner jackets instead, which we heartily condone.

Velvet brings tactility, texture and works wonderfully under artificial lighting, really bringing out the tonal nuances of that rich pile – Daniel Craig’s fuschia pink double-breasted dinner jacket is a good case in point. If pink is a stretch too far on the spectrum, then you’ll find plenty of great options in navy, ochre, burgundy and racing green.

The Best Brands For Black Tie

Favourbrook, founded by British menswear designer Oliver Spencer, is one of the best purveyors of black tie and velvet dinner jackets in London and while certainly at the luxury end of the market, will not damage your wallet quite as much as a Savile Row piece will.

While you can find good off-the-peg styles by the bigger Italian tailors such as Zegna, Canali and Brioni, we’d steer clear of designer labels (with the exception of Tom Ford) because what you get in brand premium, you’ll lose in fabric quality and longevity.

Don’t be fooled by fashion fads such as slim lapels or overly fitted silhouettes.  Formalwear is timeless, not of a particular moment, hence why opting for a classic, traditional cut and style will save you in the long run.

At the lower end of the market, expect to find synthetic/wool blends rather than pure wool options, but the likes of Suitsupply and Reiss make well-proportioned dinner jackets for under £300/$300 so if you’re off-the-peg size and need a quick fix, you could do a lot worse.

Seeing the words ‘morning dress’ etched on an invitation strikes fear into the heart of some but there really isn’t anything to lose your head over. The rules of morning dress are pretty straight up and down, with the only real subjectivity coming from your choice of waistcoat, tie and pocket square (not to be taken lightly however).

Without digging into its history too deeply, just know that the morning suit dates back to the late-19th century, where it evolved from the frock coat, which was worn by the gentry while on horseback. The frock coat was modified to feature straight front edges cut in such a way that they curved back into a sweep of cloth so as to unburden the rider’s knees from flapping coat edges. The side pockets were ditched to streamline the silhouette.

It was Edward VIII in 1936 who instigated a sartorial change, abolishing the old frock coat as court attire, requiring instead the more sophisticated ‘morning coat’. The style survives to this day: a long, single-breasted jacket with peak lapels and curved front edges, which slope back to the tail. It’s worn with formal trousers (occasionally pleated, occasionally patterned with stripes or checks), a waistcoat and a white shirt (often with a cutaway collar).

While black is the most common and preferred colour for the morning coat, it is not the only one. Charcoal and navy styles have gained in popularity over the years, with Prince Charles a great advocate of the former. Unlike the black coat, which is typically worn with contrasting charcoal striped trousers, charcoal and navy styles are always worn with matching trousers. When it comes to being fitted for a morning coat, there are a few of key considerations. Getting the shoulder width correct is vital as there isn’t much a tailor can do to fix this area once the coat is made, so take the time to get it right.

The coat should also fit snug to the contours of your torso, cinching at the waist and creating a swoop out over your backside. The tail should finish just below the fold of the knee, or an inch or two either side. If you opt for the black morning coat, then you have a couple of different trouser styles to choose from. The most popular is the charcoal cashmere stripe (‘cashmere’ refers to the pattern strangely, and not the fabric – most are cut from extrafine wool), but you can also wear a lighter grey herringbone or houndstooth trouser too.

One note on the shirt: if in doubt, classic white with a spread collar is spot on, but you can also incorporate a pastel version with contrast white collar if you’re feeling sartorially fruity. 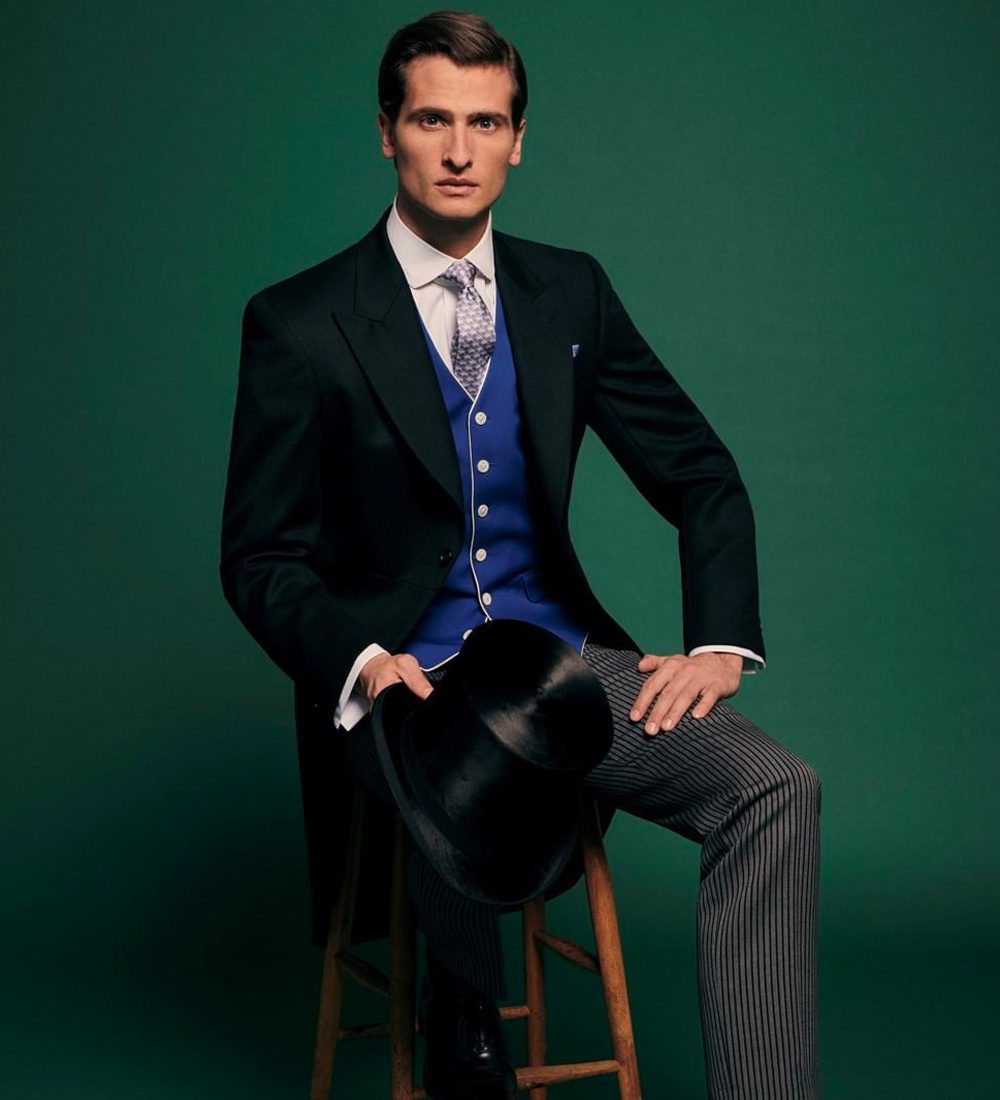 With morning dress, individuality comes not in the morning suit itself but in the accessories – namely waistcoat, tie and pocket square. If your instinct is to match the colours of this trio, then fight it. A subtle contrast here is ideal and adds no end of personality and character.

The waistcoat can be either single or double-breasted (larger guys will find the former more flattering) and you actually have license to be quite extravagant, but don’t confuse that with gimmicky. If you opt for a patterned waistcoat then keep the tie and pocket square relatively plain (same goes in reverse).

If there is one rule that must never be broken, it is that no amount of shirt should ever be seen below the waistcoat. Be especially careful of this rule when opting for a double-breasted style because of the squared-off finish. Wool or wool/silk blends are perfect for winter, while linen is a great option for summer.

The Best Brands For Morning Dress

At the luxury end of the market, Favourbrook is a brilliant bet for both eveningwear and morning dress, but if you really want to push the boat out then Savile Row will present you with many different and alluring ways to part with your money. Anderson & Shepherd, Henry Poole, Huntsman, Ede & Ravenscroft et al are all excellent and will never let you down.

At the affordable end of the market, Charles Tyrwhitt, Oliver Brown and Hawes & Curtis all produce quality morning dress that belies its more modest price tag. 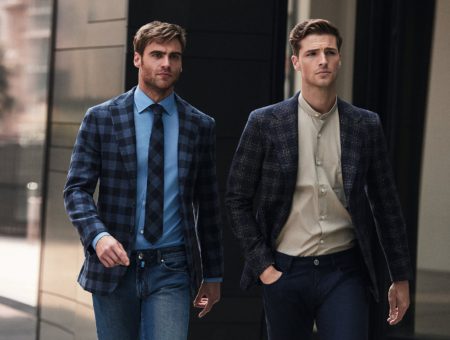