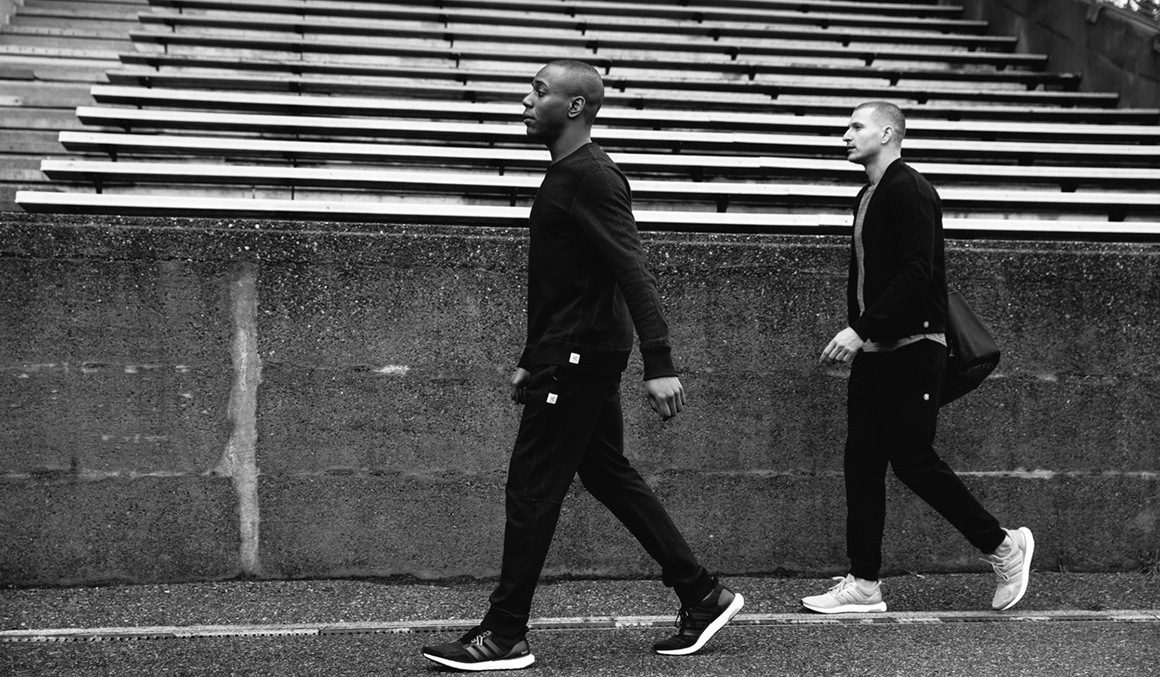 As sportswear continues to infiltrate everyday wardrobes, the humble sweatpant is becoming something of a modern essential. Whether you’re working out, relaxing or just looking to adopt a bit more of the athleisure look, you’re going to need a pair in your legwear arsenal.

It used to be that “sweatpants” was a byword for sloppy. To don a pair was to admit sartorial defeat and resign oneself to the sidelines. Not anymore. Today, sweatpants’ popularity represents a seismic shift in the world of men’s style. They epitomise the concept of high-low dressing when worn with a little flair and you won’t find a high-fashion house or high-street clothing store that isn’t making its own version.

Speaking of which, if you’re thinking about investing in a pair, it pays to know who’s making the best ones. Here we round up the best sweatpants brands for everything from sofa-day staples to high-performance sportswear.

If you’re working out in cooler weather, some sporty sweatpants are a must. What sets them apart from their more casual counterparts is the use of technical fabrics, streamlined cuts and a general focus of performance above all else.

Unsurprisingly, when it comes to sport-specific sweatpants, global-dominating athletics label Nike is making some of the best. Where other sportswear brands rely heavily on the strength of their archives, Nike is always looking to the future for inspiration. Therefore, if you want modern fits and innovative fabric technology, the Swoosh should be your first port of call.

German label Adidas is one of the most successful and well-respected sportswear labels on earth. Over the years, its sweatpants have been worn by stars of track and field as well as icons of music and film. The hip-hop scene of the early 1980s saw the brand’s tracksuits surge in popularity thanks to their adoption by now-legendary New York group Run DMC.

Yet despite its fashion crossover appeal, at its core Adidas is an athletics brand, delivering hard-working apparel for people who push it to its limits.

Under Armour made its name off the back of its compression garments and base layers. Today, it still produces some of the best but has also evolved into a sportswear brand in its own right. Under Armour’s sweatpants are built for performance and feature clever fabric technologies, ergonomic cuts and moisture-wicking materials, making them the first choice for clued-up gym goers.

Shop now at Under Armour

Styling athletic garb as part of casual outfits is one of the defining characteristics of 21st-Century style. It’s commonly referred to now as ‘athleisure’, and there’s a whole genre of brands devoted to it. Generally, sweatpants that come under this umbrella will still be designed with sports in mind, but with an added focus on aesthetics and the implementation high-end fabrics and craftsmanship.

Hailing from Liverpool, this young label creates upscale kit that delivers high performance and stylish looks in equal measures. Quality-wise, every garment is put through its paces by elite athletes and must be tested for 100 days before being approved for construction. And that includes the sweatpants.

Founded in 2007, Reigning Champ bridges the gap between high-end athletic garb and streetwear. In fact, CEO Craig Atkinson was the main manufacturer for some of the most hyped labels on the planet, including Supreme, before starting the brand. Expect rugged, well-made gear with plenty of street cred to boot.

A newcomer to the sportswear arena, Torsa is already making waves with its signature blend of performance-focused design and slick styling. The Wolf training pant is the label’s signature sweatpant and it’s packed with techy features like Japanese DWR fabric and no-sew bonded hems. This is activewear you’ll want to don for more than just working out in and from a style standpoint we see no reason not to.

Only a couple of decades ago, the idea of sweatpants as a luxury item would have been laughable. Today, they’re a staple in the ready-to-wear collections of luxury brands from Gucci to Louis Vuitton. Boasting high-end tweaks like cashmere-blend construction, flattering cuts and beyond, this much more than just your standard gym gear.

Italian label Brunello Cucinelli is known for its upscale casualwear and soft tailoring. The brand has a knack for taking simple garments and making them indulgent – with sweatpants no exception. From luxurious cashmere to French terry fabric, Brunello Cucinelli has transformed the humble sweatpant into something truly special with its use of premium fabrics and artisanal craftsmanship.

Loro Piana is known the world over for its luxurious cashmere and wool garments. The Italian label has been producing some of the finest clothing in the world for close to a century. And over the last decade or so, sweatpants have become a staple of its seasonal collections. Expect silky soft knits, Italian craftsmanship and stylish design quirks like pleated waists and cropped legs.

Thom Browne’s unique blend of tailoring and activewear has seen the label become the face of upscale athleisure. Known for its extreme attention to detail and arguably even more extreme price tags, Thom Browne is the go-to label for those looking to go all out on a pair of luxury sweatpants.

Sweatpants may originate from sporting stock but they’re equally well suited to the exact opposite. When it comes to lounging around the house, nothing quite beats a pair of simple jersey joggers.

British brand Sunspel is known for its refined take on the basics. Simple garments, perfected. Sweatpants are no different, making this label a solid option for anyone who favours quality and a clean cut over excessive detail and heavy branding.

Derek Rose takes the same care and attention that most high-end designers pay to clothing, jewellery or footwear and applies it to garments made to unwind in. Simple yet refined, the brand’s sweatpants are perfect for anyone looking for loungewear with a touch of luxury.

Japanese label Uniqlo  is a firm favourite of ours when it comes to stocking up on stylish basics. Take the brand’s sweatpants, for example: they’re simple, well put together and don’t feature any unnecessary branding or detail. Just what you need for lounging around in style.