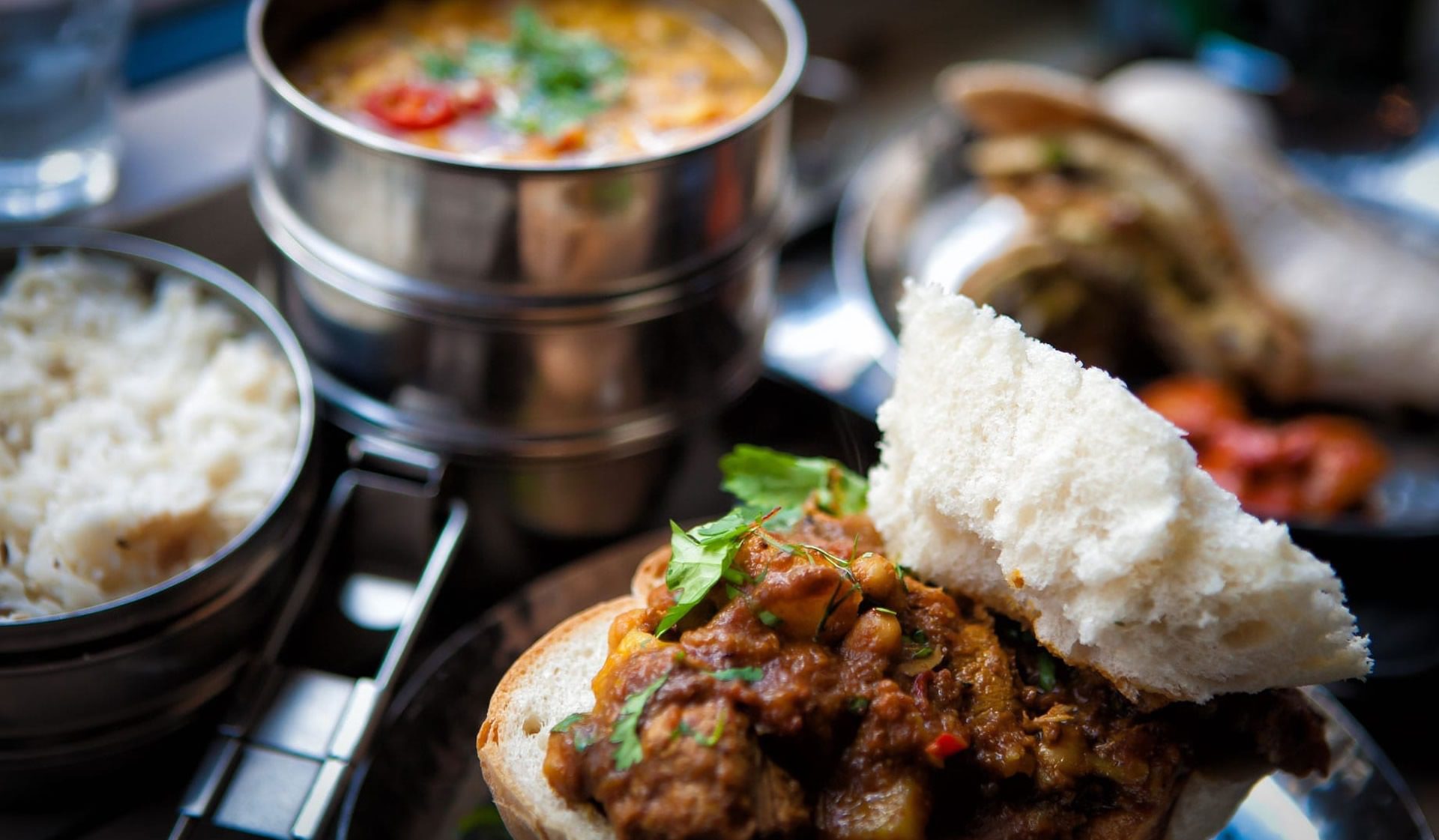 Butter, red wine, shallots and homemade stock. If you want the meals you currently cook to taste like restaurant fare, those are the ingredients you need to use according to Anthony Bourdain in his seminal book Kitchen Confidential. Great advice – and no doubt it’ll boost your trademark spag’ bol’ – but as a modern alpha male you’re going to need more strings to you culinary bow. You want recipes that will impress a crowd but also showstoppers for that special someone.

With multiple cuisines taken into account, carnivores and herbivores catered to, and odes to the science behind food, here’s our selection of essential kitchen cookbooks. 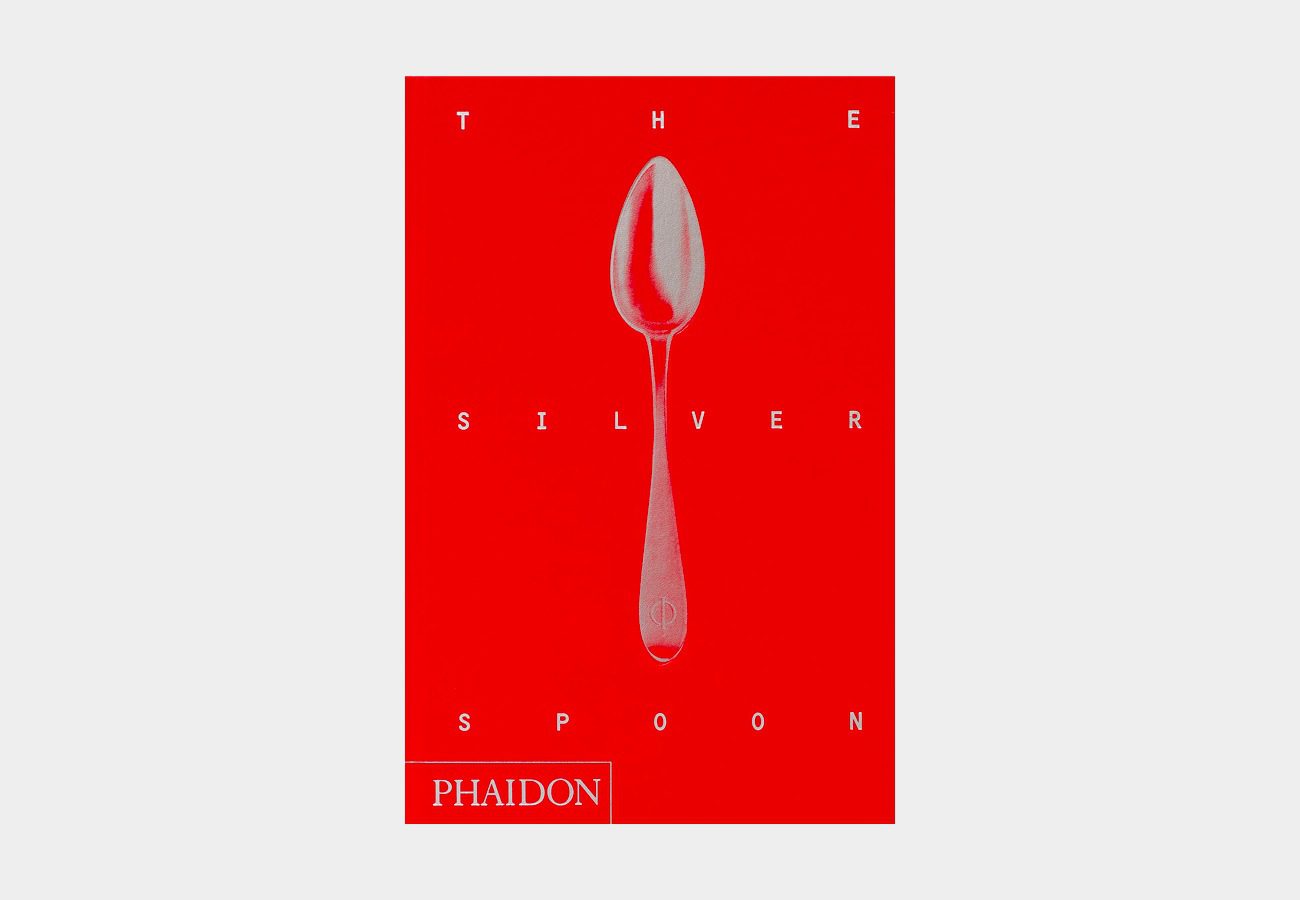 Everyone loves Italian food. It’s a foolproof crowd pleaser. Whether you’re catering to a large group pretending you’re the head of the Dolmio family or you’re playing Dean Martin in the background of a meal for two, Italian food is universally adored. If you want to learn how to do it properly, you need a copy of The Silver Spoon – the Italian cooking bible.

And when we say it’s the Italian cookbook, we mean it. It’s the sort of thing passed from generation to generation at a wedding. First written in the 1950s, compiling beloved age-old traditional recipes from grandmas throughout Italy, Phaidon bought the rights in the early 2000s and the book is now a best-seller. Invest in the new “classic” edition and master your ragu and risotto once and for all. 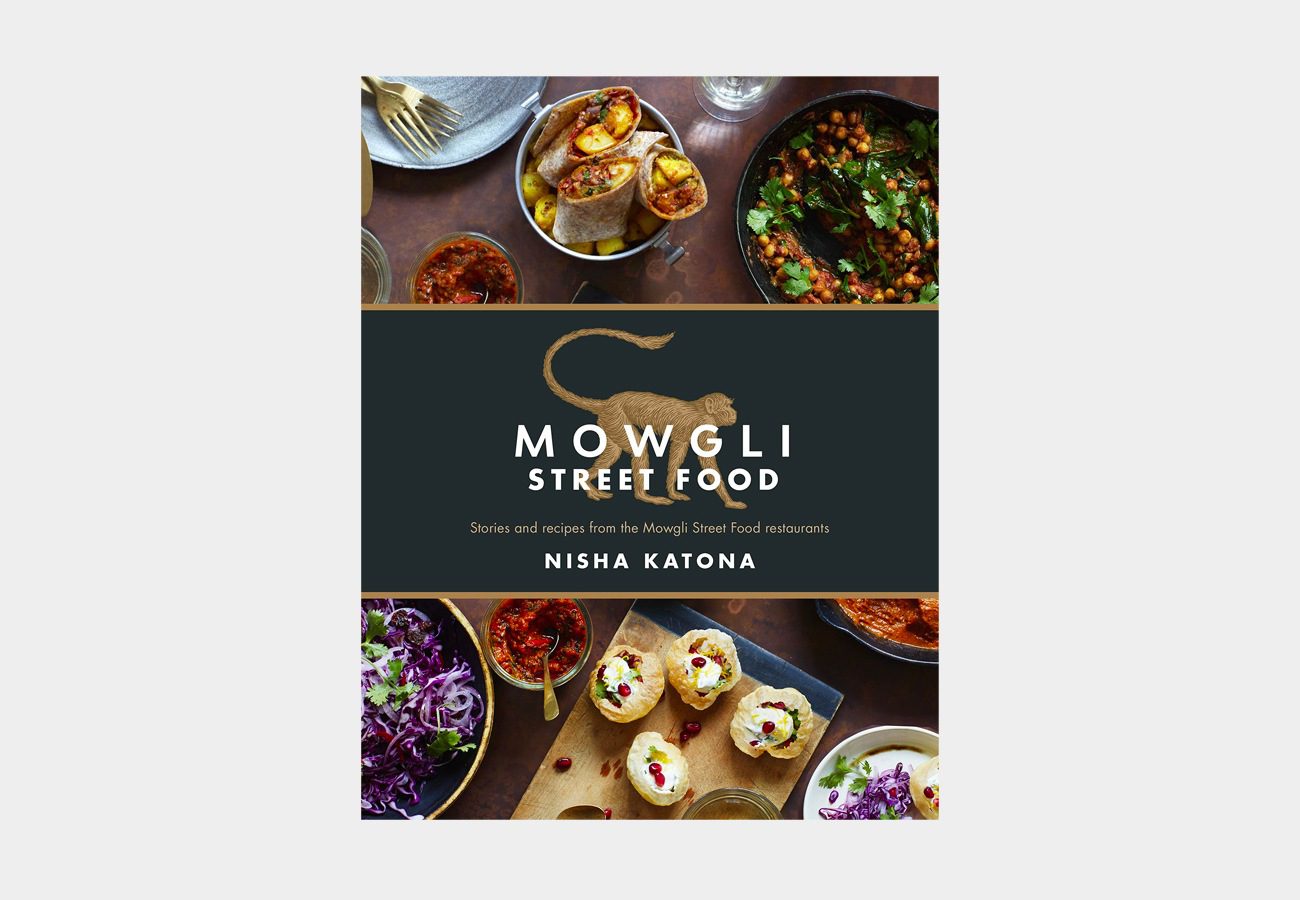 Starting out in Liverpool and now a nationwide staple, Mowgli has reinvented the way people think of “Indian food”. Thanks to Nisha Katona’s emphasis on lighter, more flavoursome curry and inventive options like chaat bombs and gunpowder chicken, Mowgli Street Food is the ideal cookbook for inventive Indian-inspired cooking.

As well as traditional favourites like mother butter chicken and a paneer in rich sauce, there’s delicious takes on the chip butty and cocktail recipes to boot. An all-rounder for the ultimate feast. 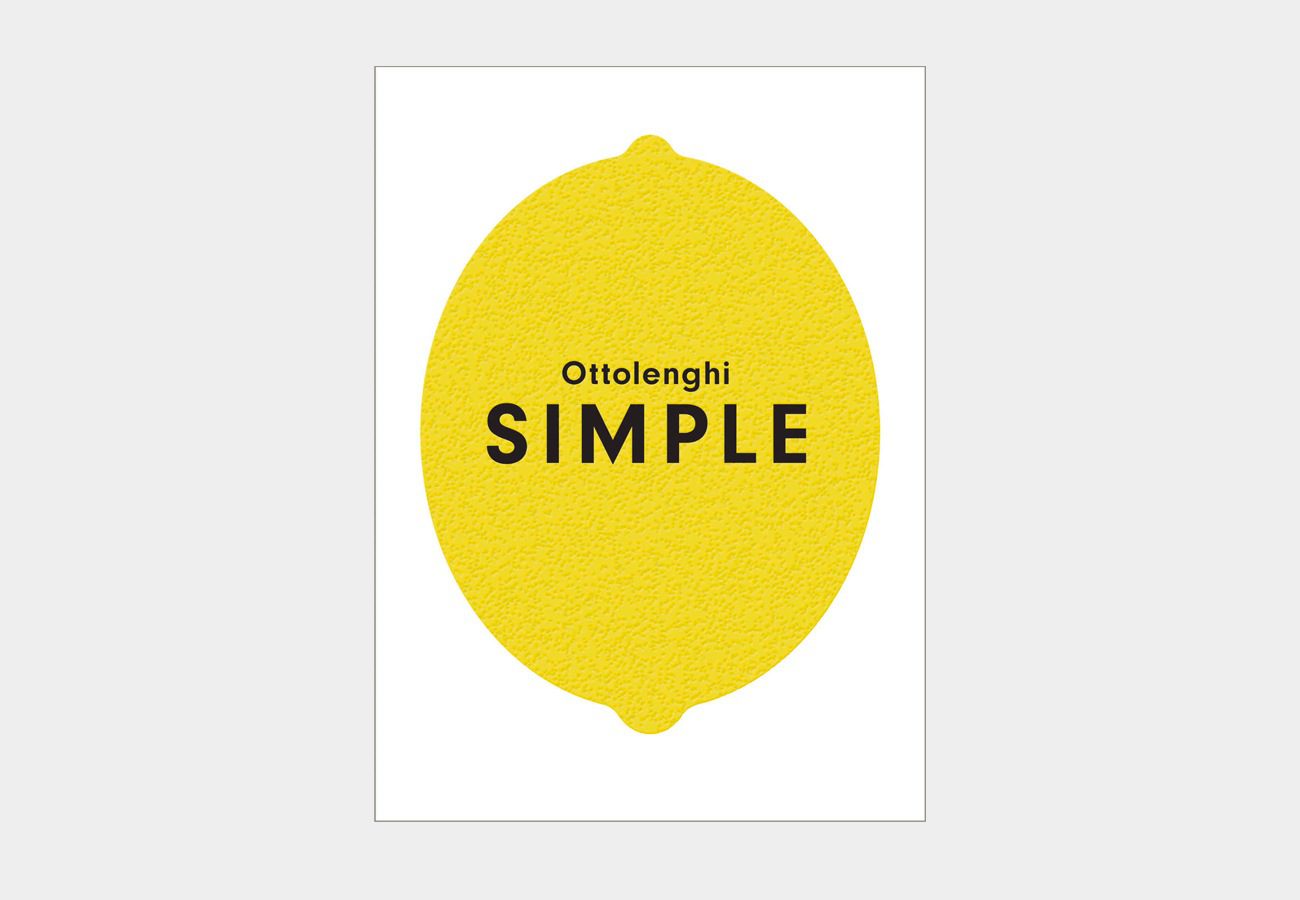 Although everyone loves Ottolenghi, even he would admit that his recipe lists can be a bit, well, long. A bit niche too. Fully aware of this playful criticism, he’s come up with a book that is classic Ottolenghi beauty and flavour, albeit pared back. There’s still a lot of herbs in here and a few things you likely won’t get down your local Tesco Metro (Ras El Hanout, for example) but once you’ve bought them, you’ll get your money’s worth.

If you’re looking to impress with minimal effort, you can do far worse than Yotam’s curried lentil, tomato and coconut soup, and there’s plenty of interchangeable small plates here to whip up a colourful and healthy supper bursting with flavour. 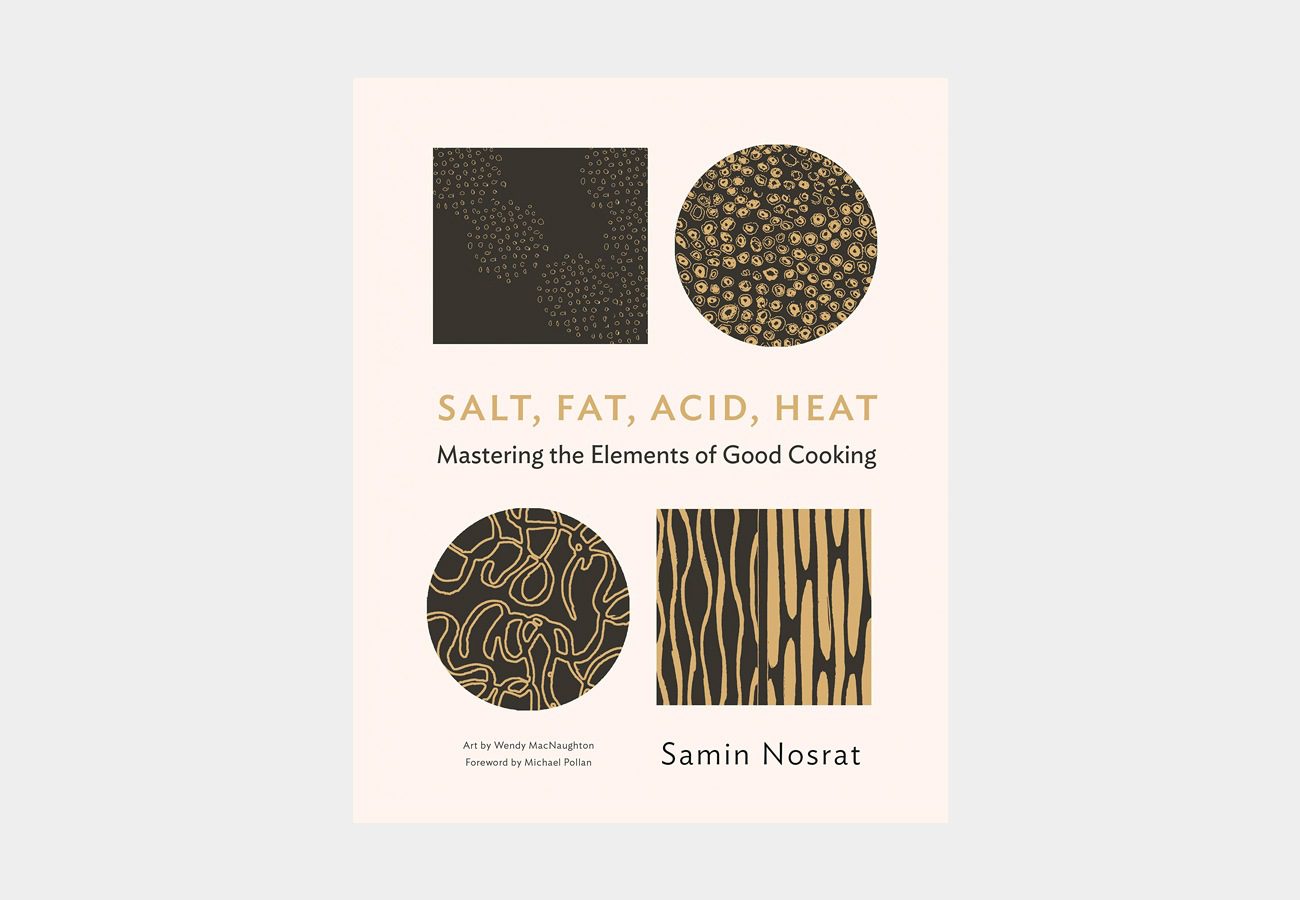 Not your conventional cookbook in the sense of a tome full of recipes (although they are in there), but really important nonetheless for understanding what cooking actually is. Yes, slightly meta here, but a little swatting up on the basics – such as how the size of the food in the pan affects how said food will taste – is crucial. Each section reads like a culinary epiphany and once you’ve mastered the fundamentals, you’ll be dying to experiment in the kitchen.

Bread Is Gold by Massimo Bottura 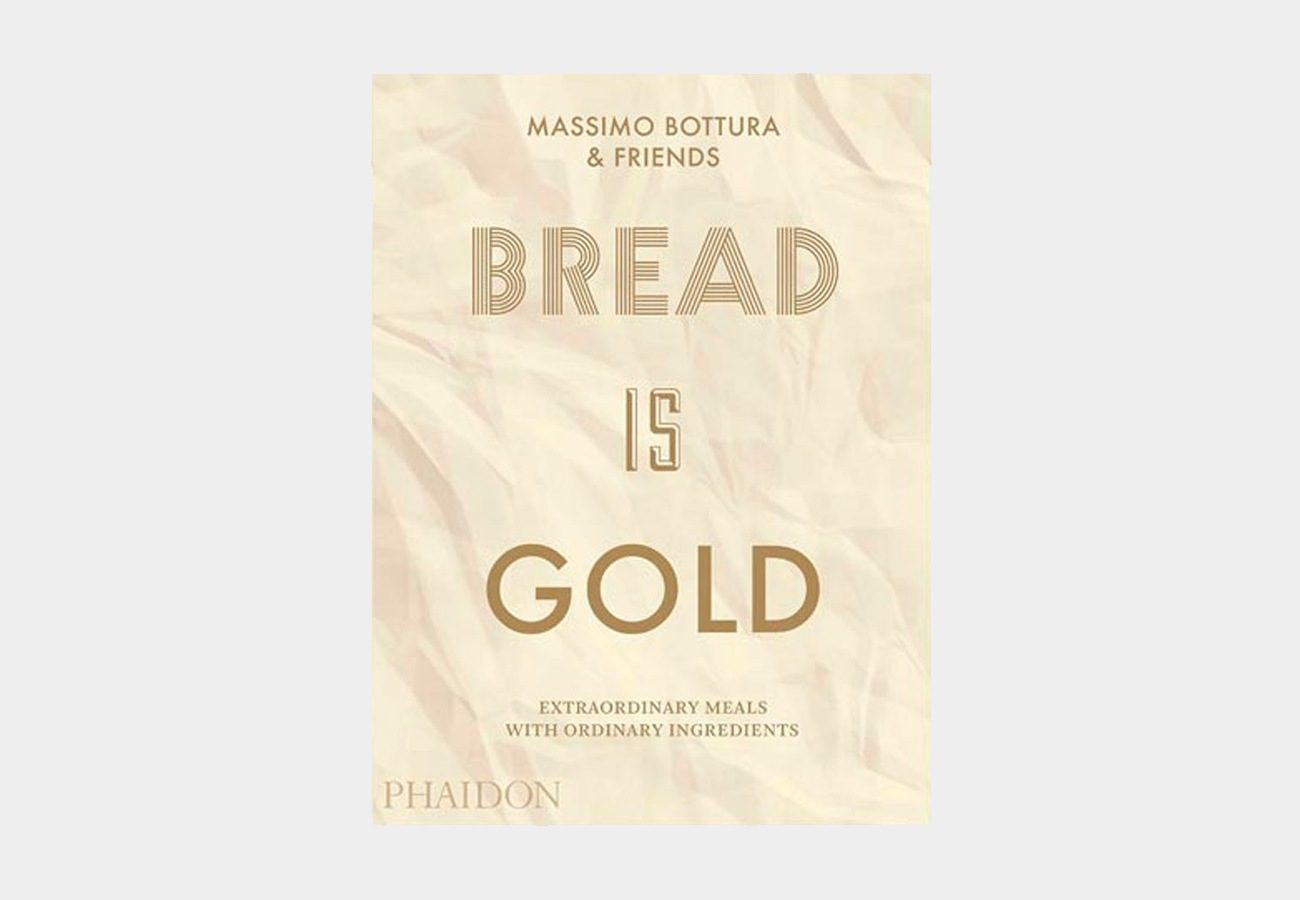 Massimo Bottura is a culinary badass. Formerly the most celebrated chef in the world, the skinny Italian – with the help of 45 of the world’s best chefs – has compiled a book of beautiful recipes that take mundane, overlooked and often wasted ingredients and turn them into stunning dishes that surprisingly, aren’t too difficult to make at home. Think strawberry gazpacho, vegetable moqueca and banana peel chutney.

The Mezze Cookbook by Salma Hage 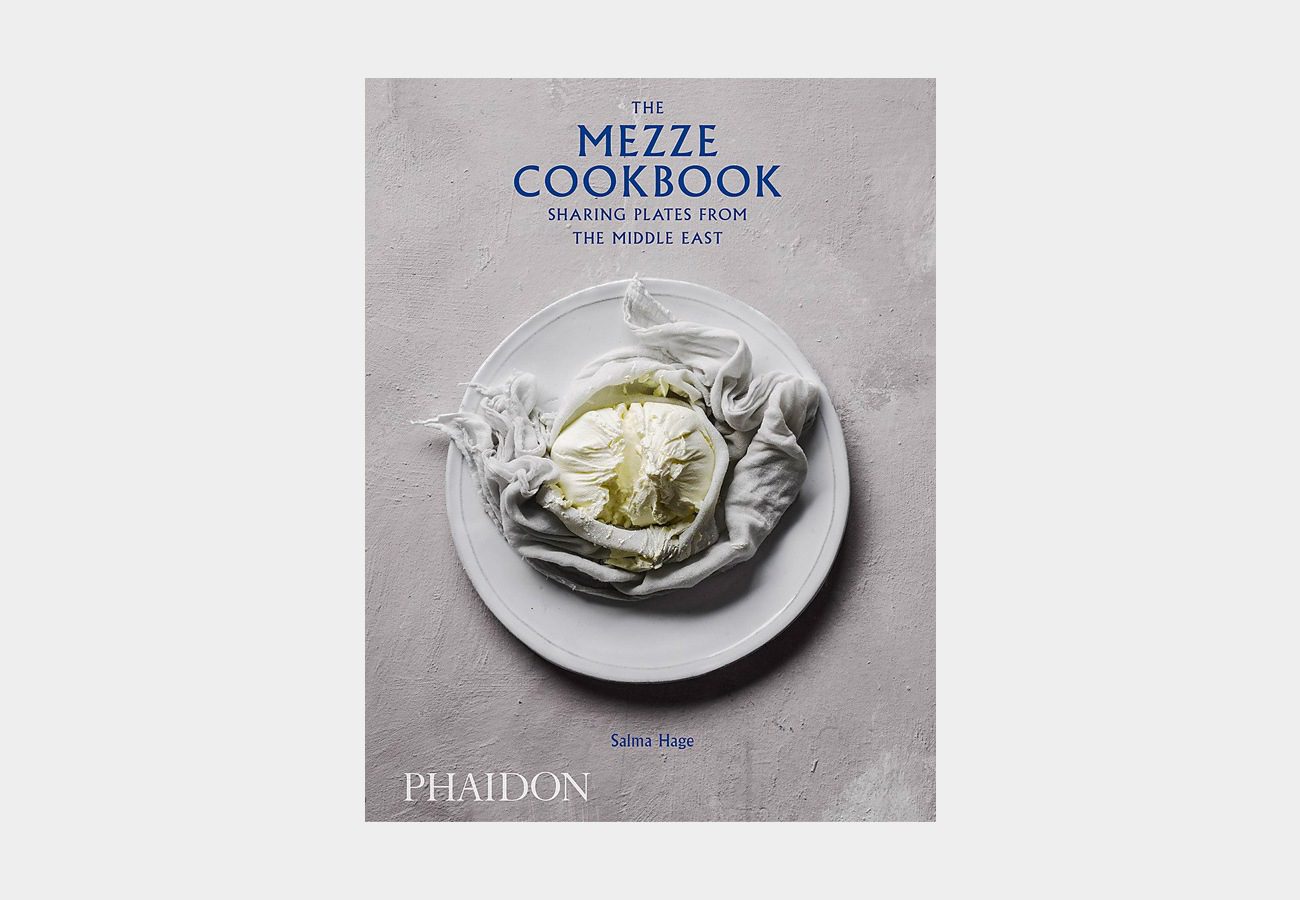 If there’s one type of cuisine that we would personally like to see more of, it’s Middle Eastern mezze: delicious dips, small portions of beautifully arranged vegetables and a variety of complementary dishes that work perfectly together. Grab a plate, choose what you like, then bask in the warmth of spice or the aroma of herbs.

Continuing Phaidon’s exceptional series of national and regional cookbooks, The Mezze Cookbook provides an array of sharing plate options taken from a host of Middle-Eastern countries with beautiful photography, simple recipes and helpful menu inspiration for compiling the perfect feast. 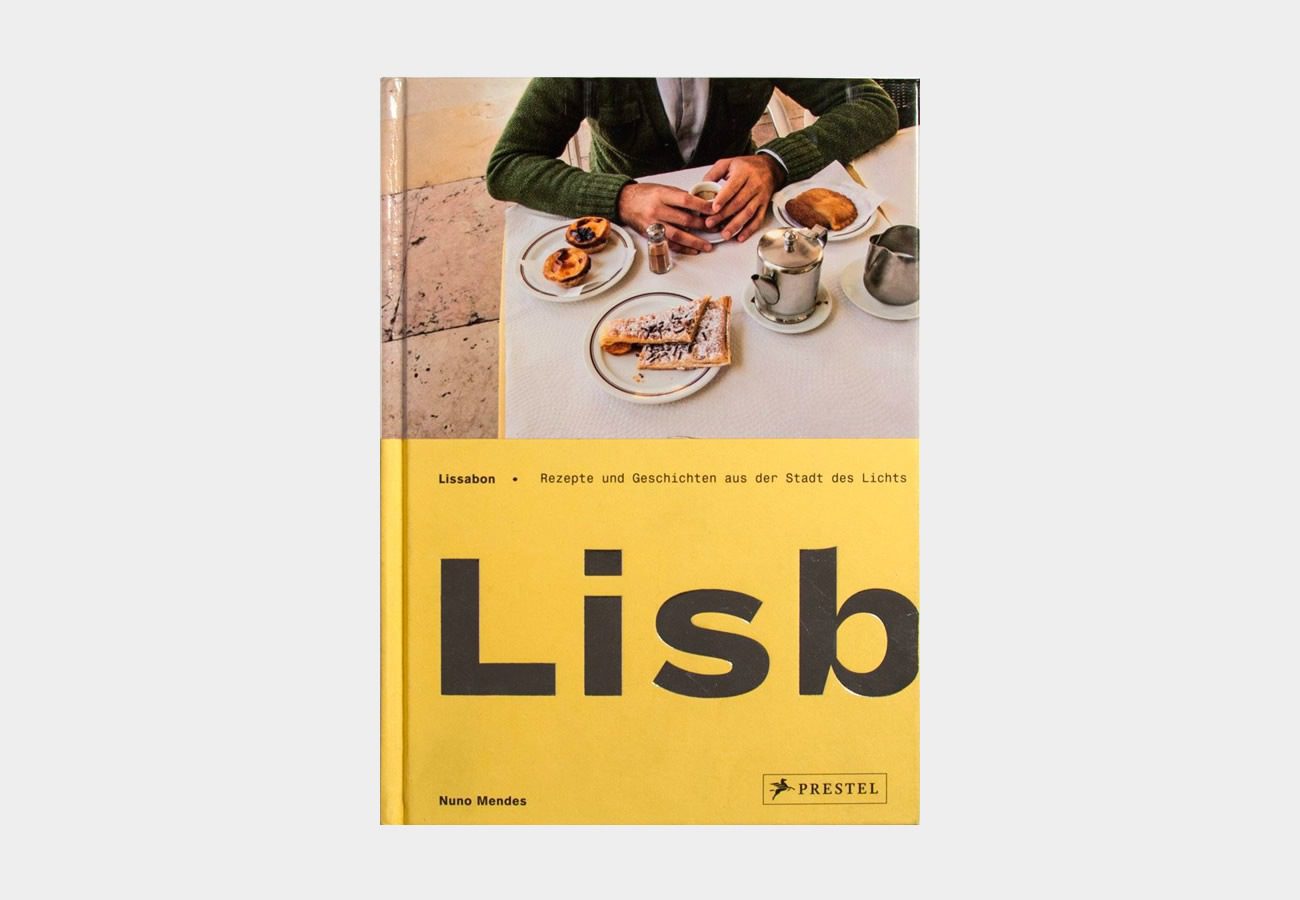 Have you been to Lisbon yet? Everyone in your office, favourite coffee shop and five-a-side team has. It’s not too expensive, it’s sunny, there’s a buzzing cultural scene and the food is fantastic. Said food is captured in Lisboeta, Nuno Mendes’ wonderful little ode to his favourite city. 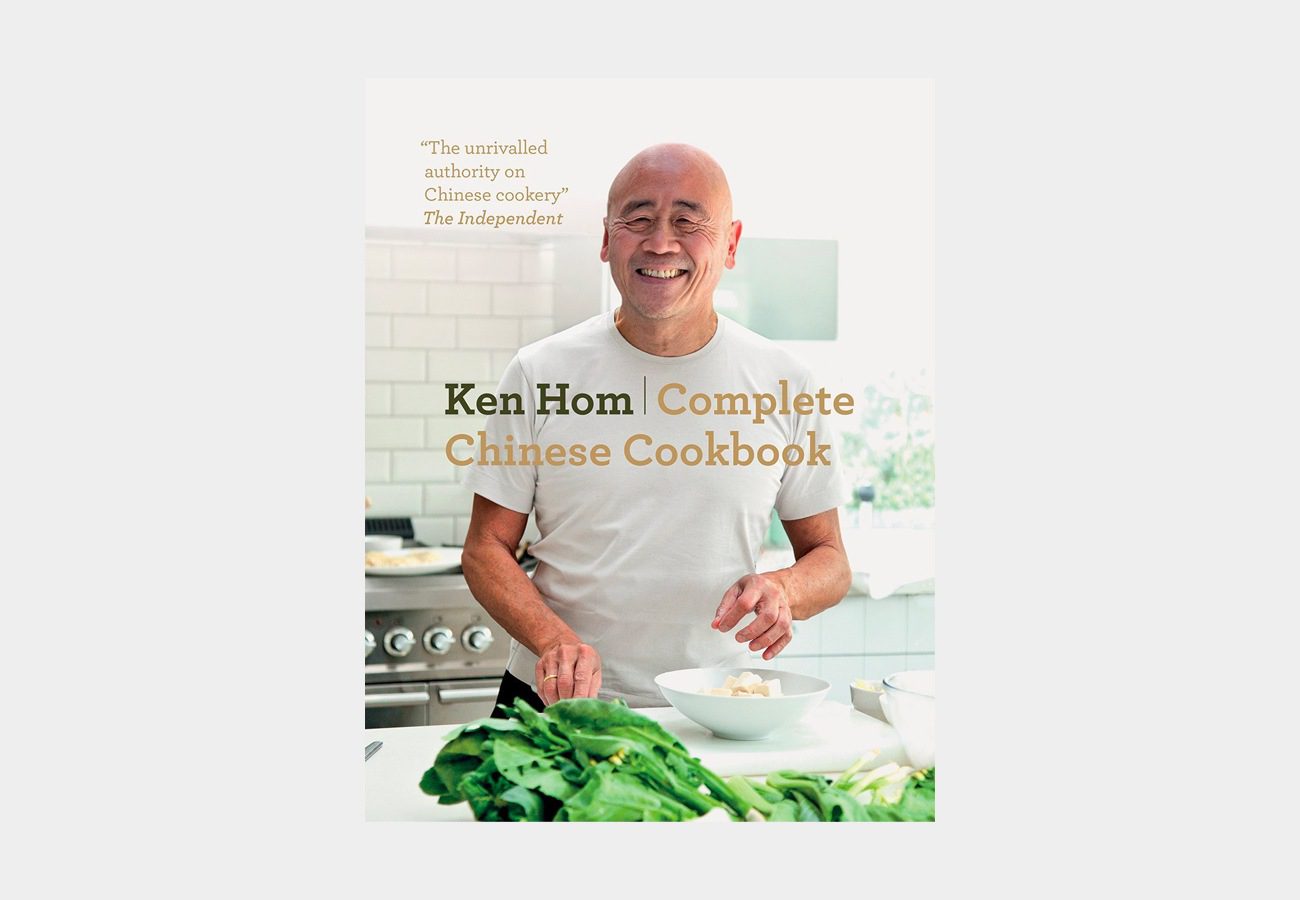 Ken Hom’s Complete Chinese Cookbook is a kitchen classic. If you’re looking to dip your toe into Far East cooking, even if it’s a seemingly basic stir fry, Hom’s helpful run through of cooking techniques, ingredients and equipment will raise any attempts at oriental cuisine. With over 250 recipes included, there’s something quick and healthy in here for meat lovers and vegetarians alike. 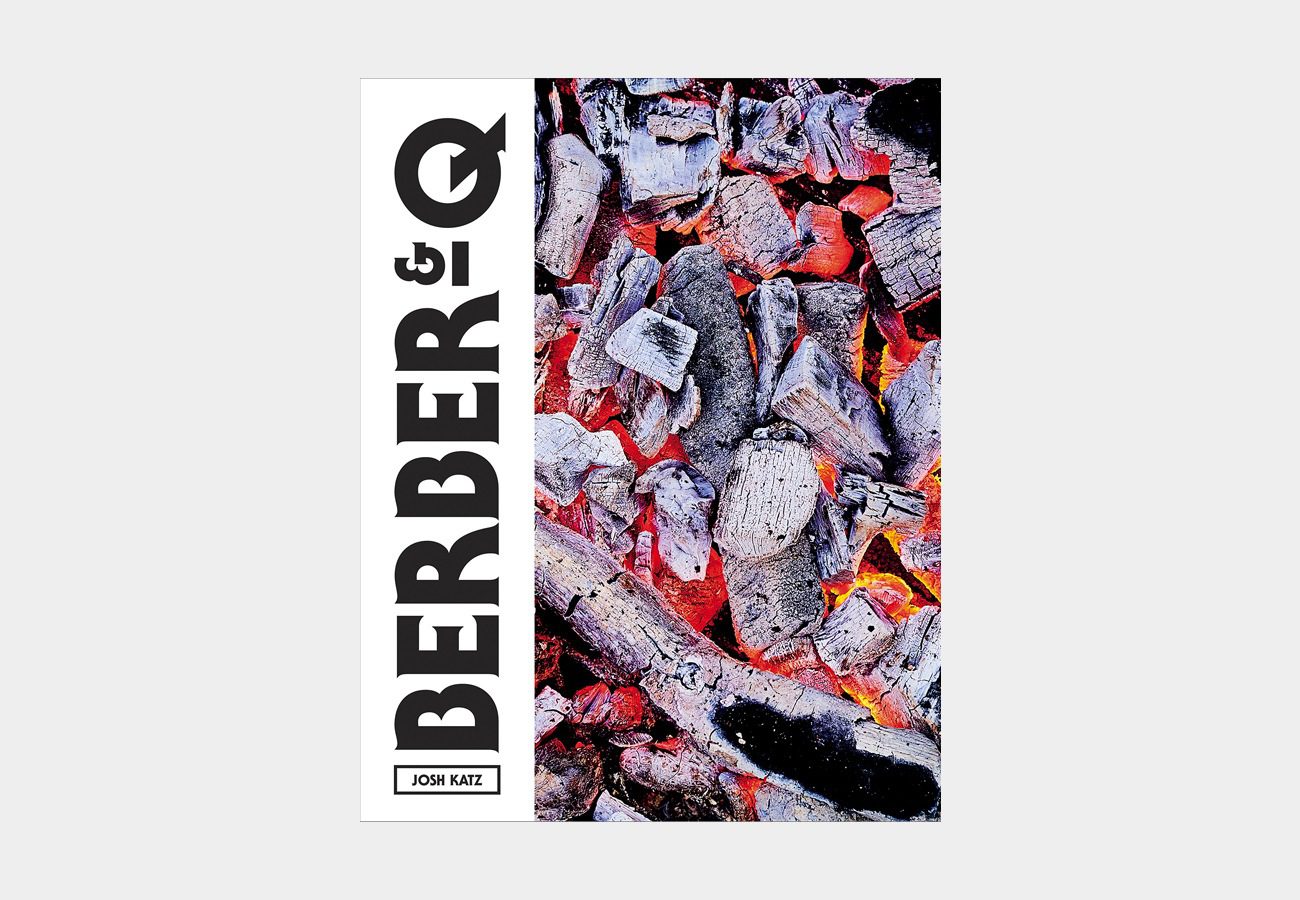 Berber & Q by Josh Katz is probably one of the most visually stunning cookbooks we’ve ever seen. Everything looks absolutely awe-inspiring. It’s also the sort of book that will make you appear like a genuine pro next time you’re standing next to a barbecue. With a variety of Middle-Eastern-inspired barbecue recipes, this is the cookbook every man needs to transform from token burger flipper to grill maestro.

It’s worth mentioning the sweets here too – the orange blossom and labneh cheesecake is a world-beater.