A Brief History of The White T-Shirt

As per Ape’s Ten Commandments of Menswear – simple wins. And it doesn’t get more simple or versatile than the white T-shirt. Originally deemed underwear as part of an all-in-one undergarment, the white tee separated itself at the end of the nineteenth century when two-piece underwear became popular amongst men of the era. Nevertheless, it was around the time of World War I in 1913 when the white t-shirt truly came into its own. Issued as an undergarment for British and American naval personnel, it kept sailors’ arms free for deck work aboard their ships – and was worn alone to avoid soiling their uniforms. In the Navy it became known as a “Gob Shirt”.

The major breakthrough for the white T-shirt came during the early twentieth century when British brand Sunspel (Thomas A. Hill and Co. back then) introduced the garment as a lightweight cotton essential for warmer climates. At the same time, across the Atlantic Ocean, Fruit of the Loom and Hanes were manufacturing their own versions. Both were still considered underwear mind. The white t-shirt was also being used as an undergarment that would absorb sweat and prevent the shoulder pads of American football players chafing. 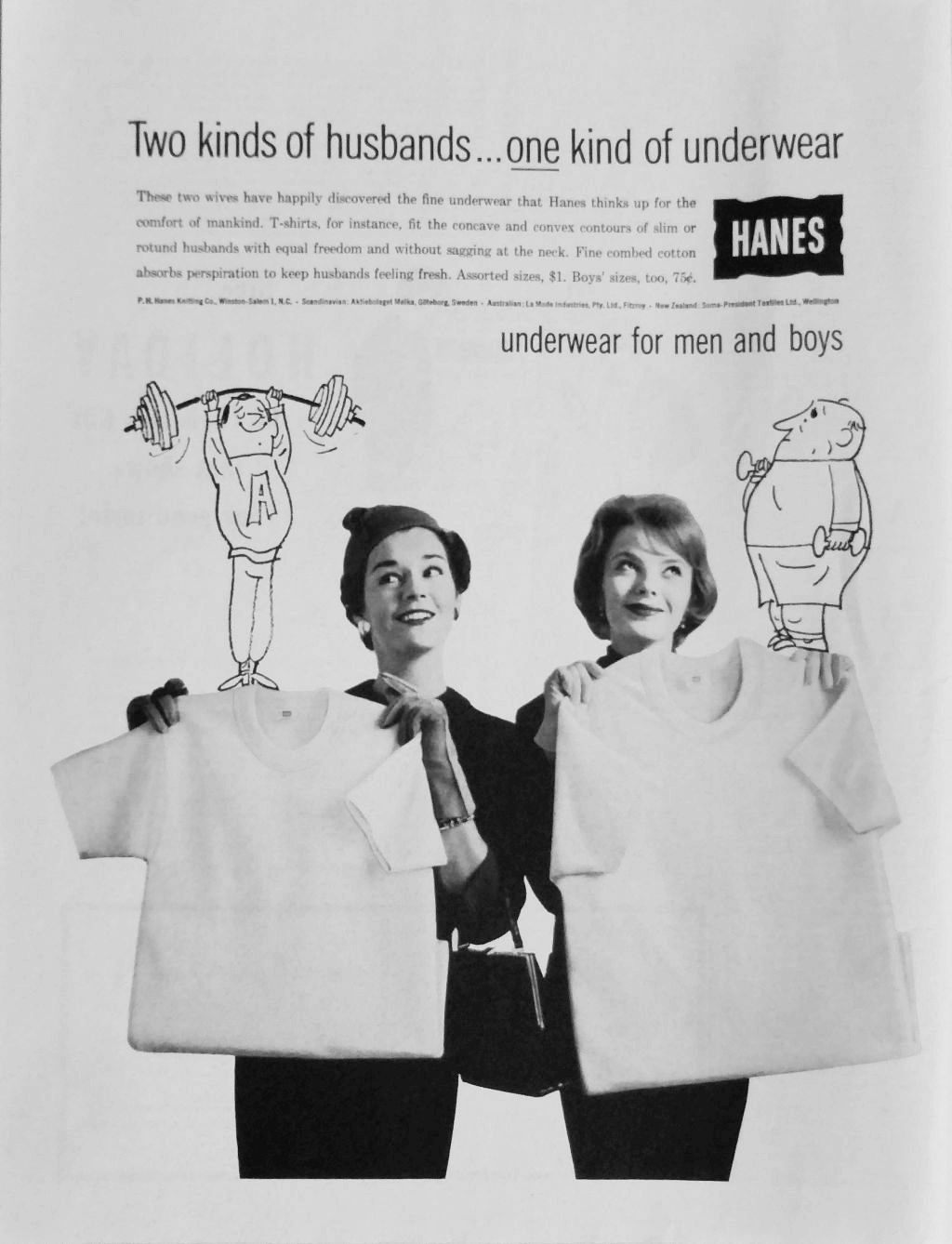 After World War II the white T-shirt became a standalone piece. Deemed acceptable as an ‘outerwear’ garment, it was often worn in place of a casual buttoned shirt. It’s military heritage bought with it a certain amount of machismo, another reason for the white T-shirt’s enduring popularity. Yet it’s the basic white t-shirt’s simple design, versatility and blank-page quality that resonates across generations and men from all walks of life. Its ability to denote a hard-working-class status, symbolise rebellion, athleticism and sexiness all at once is what separates this menswear essential.

Originally, white was an inexpensive option for the British and American navies. It required no dyeing, and dirt and stains were impossible to hide too, which encouraged discipline with seamen battling heat in tropical climates and aforementioned uniform-soiling dirty jobs. There was of course the introduction of logo emblazoned white T-shirts, as well as t-shirts in every colour imaginable, but the clean, basic and historic constitution of the original white tee make it the long-standing, all-conquering hero. A theory cemented by movie legends, and timeless icons of style and sex-appeal such as Marlon Brando and James Dean.

The James Dean-style crew neck – characterised by a round neckline and no collar – is still the most timeless cut available; a classic. So for us, it’s a no-brainer – wear the crew neck every time. There’s an argument for a V-neck or scoop neck (lower neckline) suiting men with either a slim or overly muscular frame, yet a crew neck flatters every body shape and will never steer you wrong.

Material is easy, choose 100% cotton every time. Fit is less concrete, however. Too baggy, excessively wide sleeves or, conversely, too tight can all look unkempt.

Sleeves should land halfway between your shoulder and elbow with the shoulder seam (where the body attaches to the sleeve) falling where your shoulder ends and drops off down your arm. Choose a slim or tapered fit if you’re body confident. Never skinny-fit or longline. If you’re carrying a little weight then opt for a classic fit.

The hem of your white T-shirt should finish at the top of your hips, no longer or shorter. And remember, above all else – it should be comfortable for you to wear. 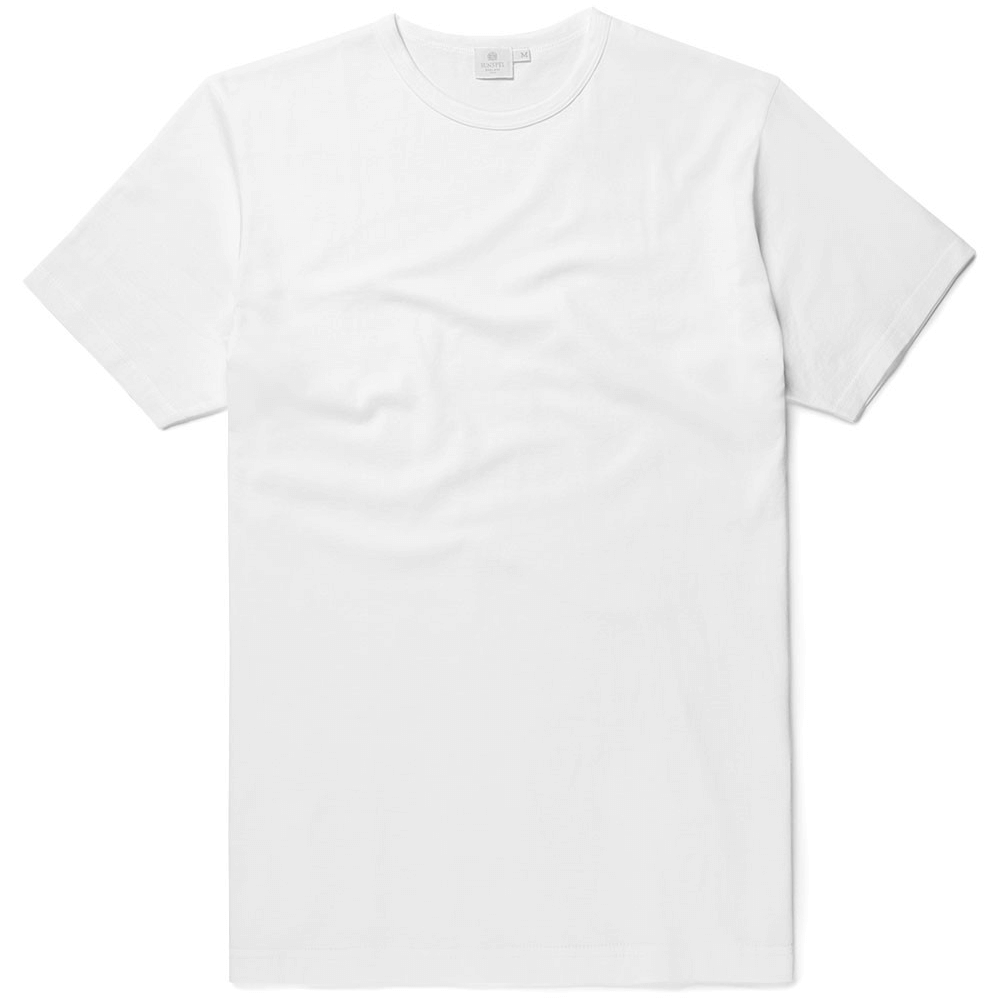 The Men’s Classic Cotton T-Shirt from Sunspel is some what of a legend in its own right. Given Sunspel’s pivotal role in the birth of this universal wardrobe staple, it would be remiss not to include it. Not only for its heritage but its construction quality earns it a place in our top three.

Made in England using long-staple cotton, it boasts unparalleled softness, lightness and comfort. Sunspel’s crew neck has a classic fit and only the most essential of details. It’s figure-flattering, not boxy and is a delight to wear. 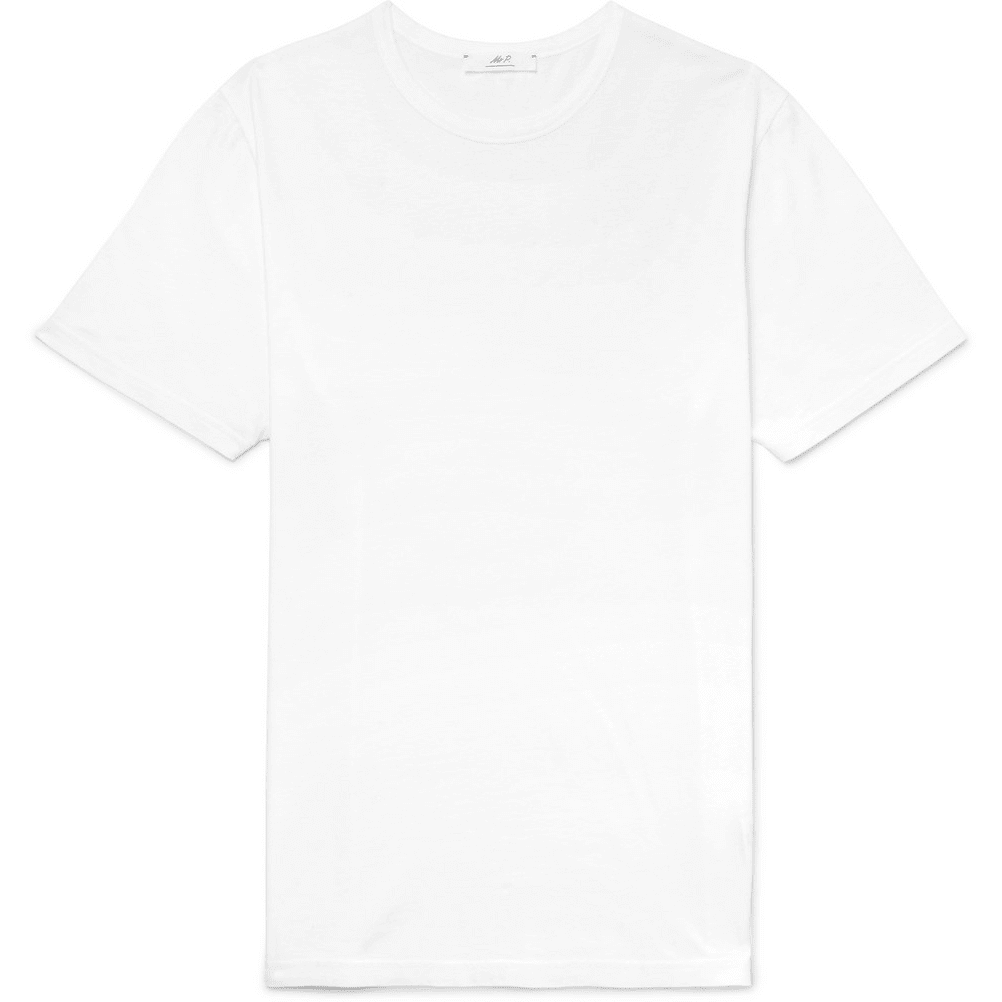 You just know that when it came to developing MR PORTER’s signature Mr P. tee, they would pull out all the stops. And they did. Their Cotton-Jersey T-Shirt feels as comfortable as it looks. Cut from lightweight cotton-jersey that has been treated with a silicone wash makes for exceptional softness, it’s designed with a regular but well-fitting cut. 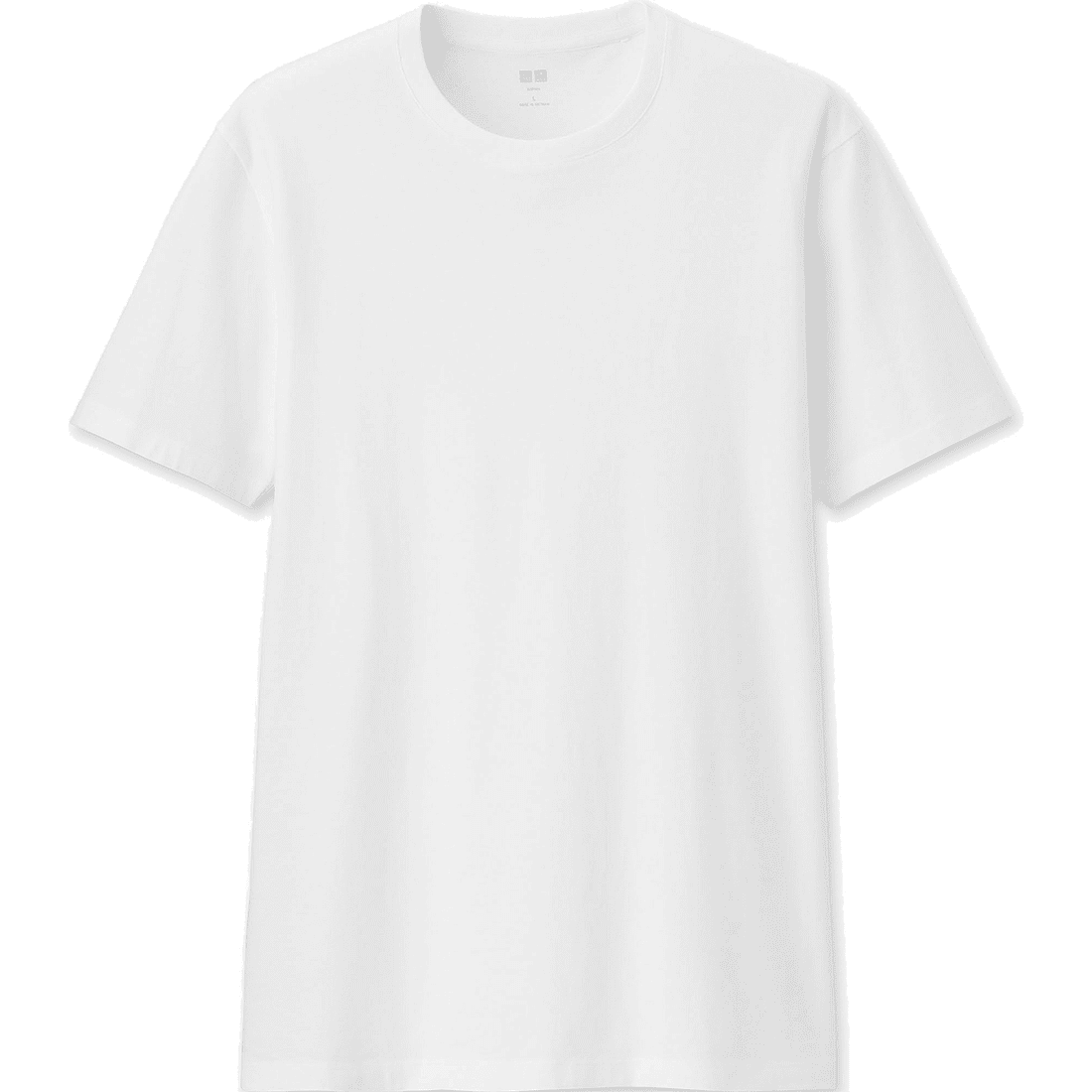 For the price, Uniqlo often can’t be matched. And their 100% Supima cotton T-shirt is no exception. It’s superfine but thick enough to wear on its own or for layering, while its luxurious jersey provides a smooth feel, natural brightness and powder white colour.

Boasting a smooth silhouette from the chest down to the waist, with sleek shoulders and armholes, a narrower seam fold and stitching ensure a more delicate, flattering neckline.

How to Wear The White T-Shirt

The white T-shirt can be worn anywhere, from a tenement in New Orleans (Marlon Brando in A Streetcar Named Desire) to the red carpet. Wear it with a suit and sneakers to ‘cool-up’ a smart casual ensemble or. our preference, keep it simple with blue/black jeans and beige/white sneakers. Add a casual bomber jacket on cooler days.

How To Upgrade Your Shave With A Better Shaving Cream

Return Of The Jet Set: Why Quality Luggage Is Still A Worthwhile Investment

Death Of The Two-Piece: Does The Suit Have A Future After Covid?

The Finishing Touch: Why You Should Own A Summer Scarf