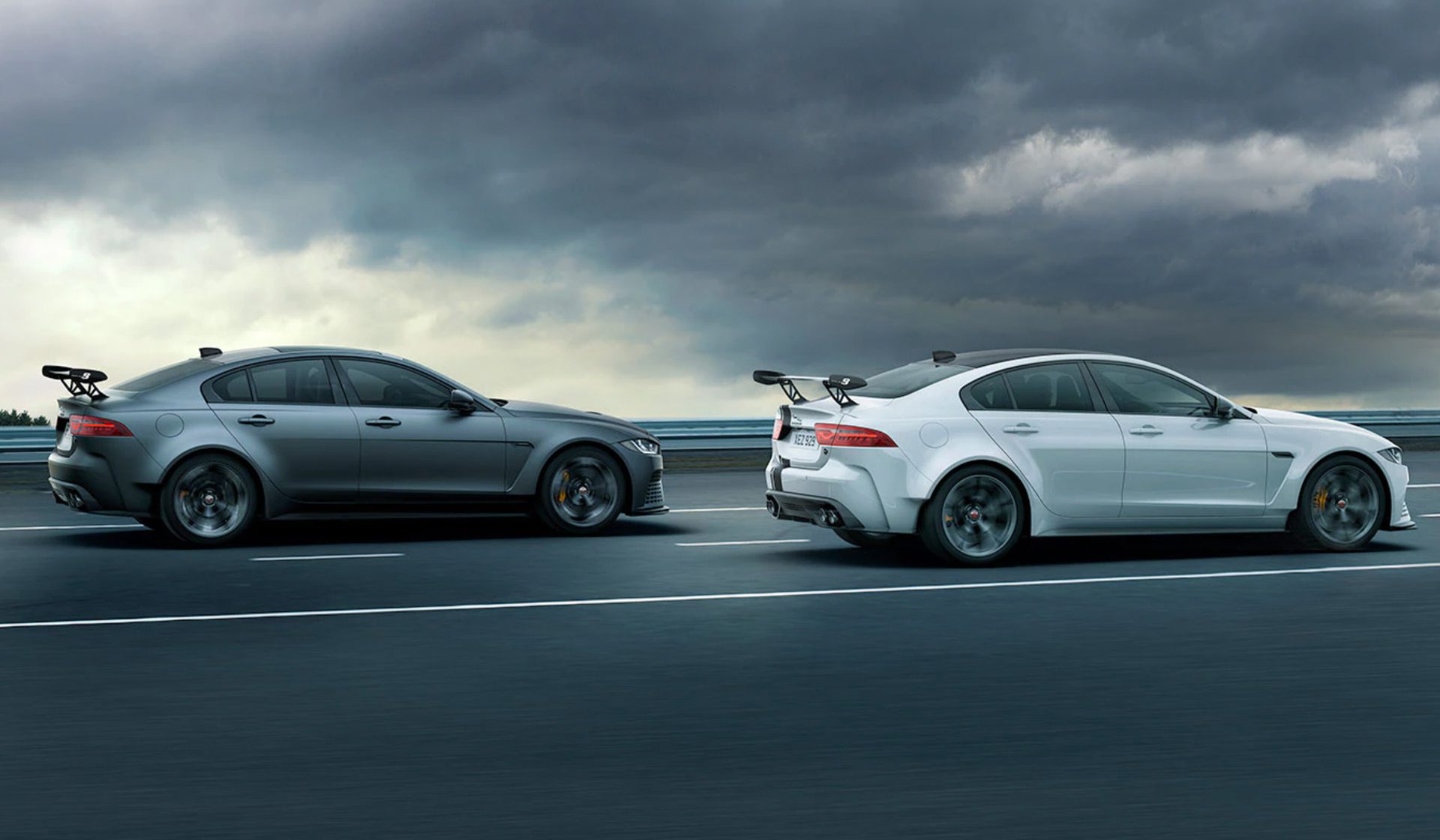 Supercars and high performance SUVs might hold the limelight when it comes to extreme automotive engineering in 2022, but mass appeal often repels real enthusiasts, which is where super saloons often come in. However, the super saloon has been superseded, because while AMG and BMW M will gladly build you something rapid, to get into the really specialised stuff the Uber-saloon segment is what you need to explore.

There’s no prescribed recipe for these cars, and some have some truly odd modifications, but they all exist for the same reason: to show every sports and supercar on the road and track a solid lesson on how something with four doors can be just as effective at putting a smile on your face as any Lamborghini or Ferrari.

Even better, these cars are dripping in cool. By passing popular culture supercars by, they’ve cemented themselves into a much more interesting pool. Here are five of the coolest four-door uber saloons from now and the recent past. 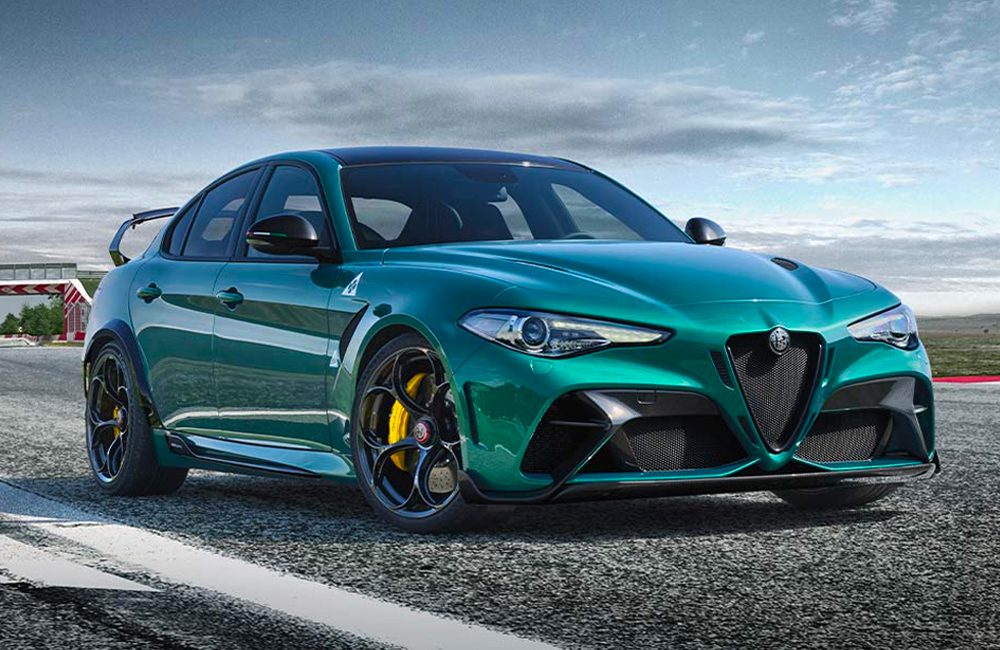 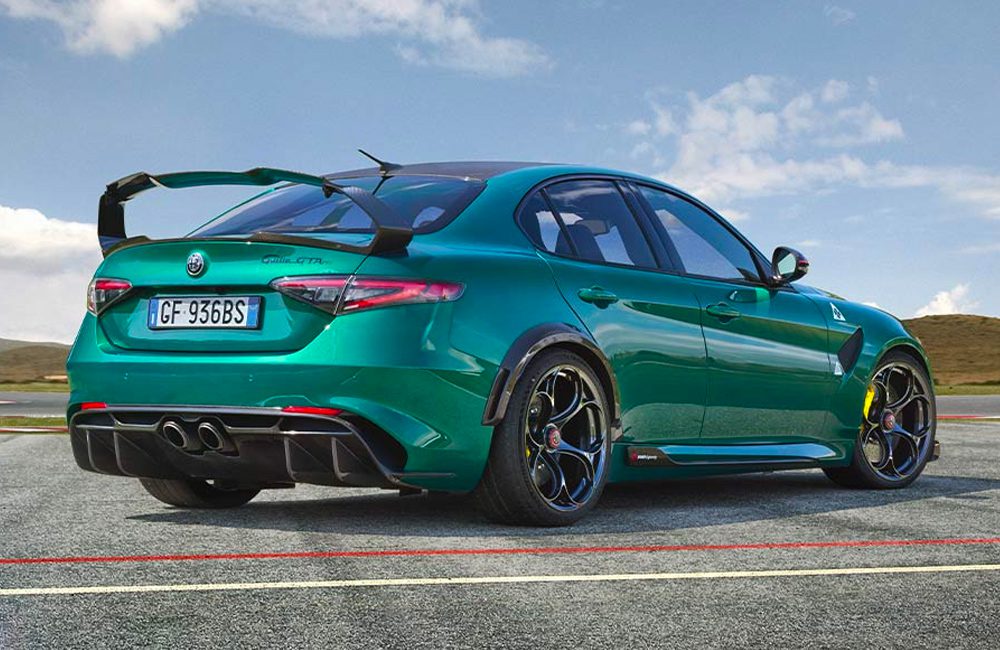 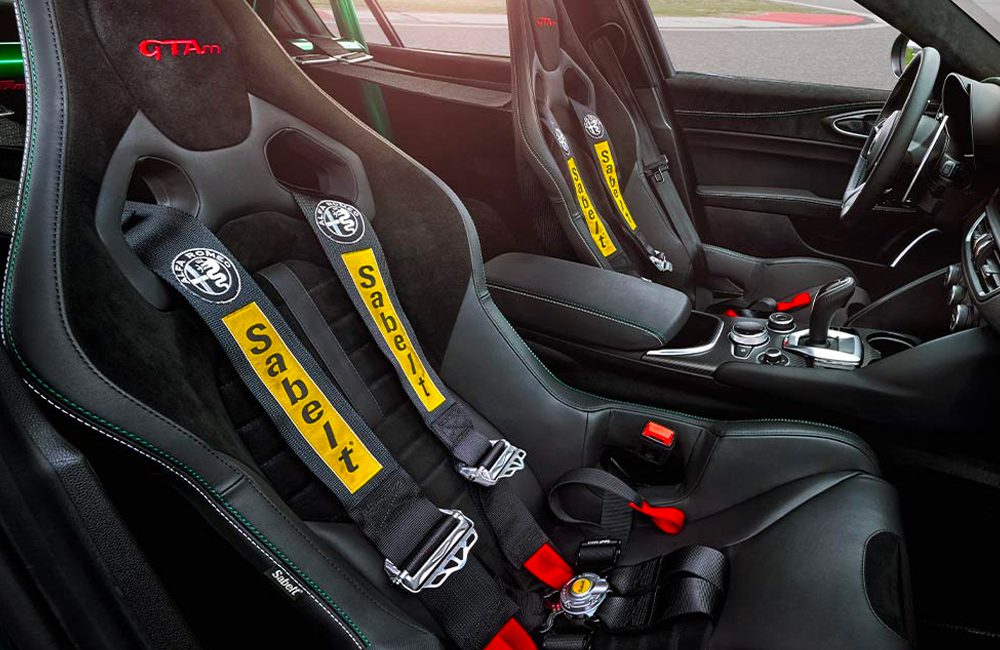 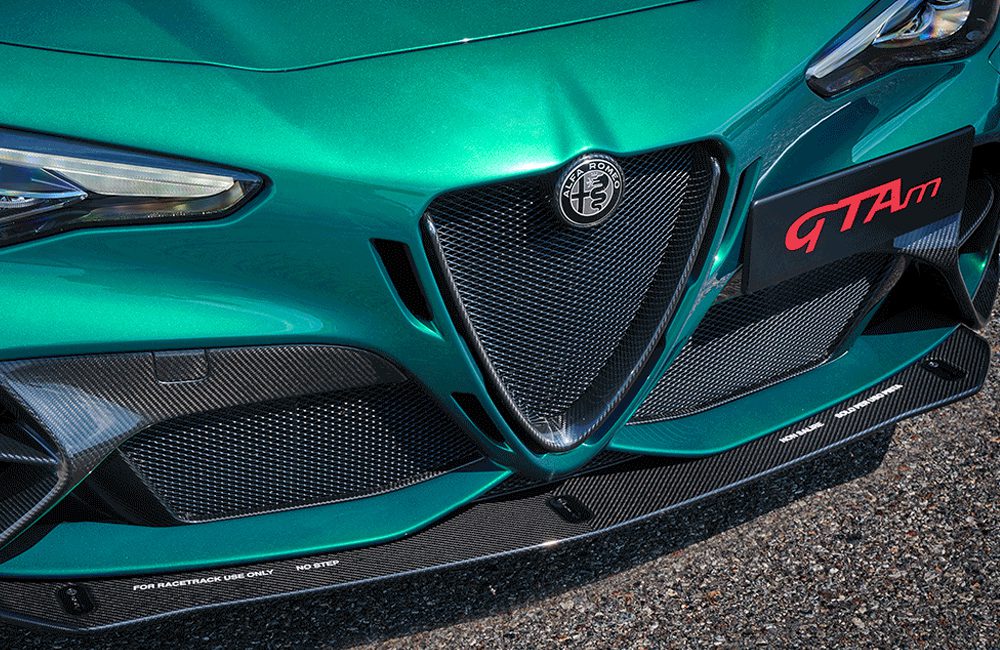 If you want a clearer idea of the difference between a super saloon and uber saloon, it’s the difference between an Alfa Giulia Quadrifoglio, and this: Alfa Romeo’s insane Giulia GTA. The two share plenty of similarities – namely their lightweight saloon chassis, 2.9-litre 90-degree V6 engine and eight-speed automatic transmission – but as the extreme bodywork and stance might give away, the two are very different animals.

Designed in collaboration with the Sauber F1 team, the GTA is dripping in new carbon-fibre components and a completely recalibrated suspension setup with a focus on extracting everything possible out of its lightweight, rear-wheel-drive chassis.

It’s also very very cool, but double the cost of the standard Quadrifoglio. Worth every penny. 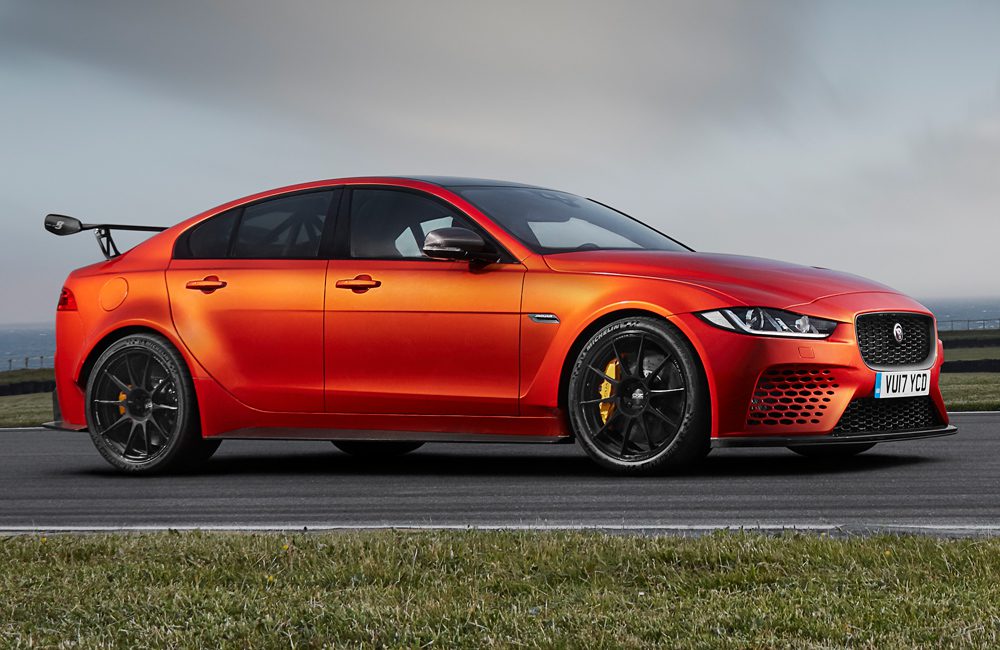 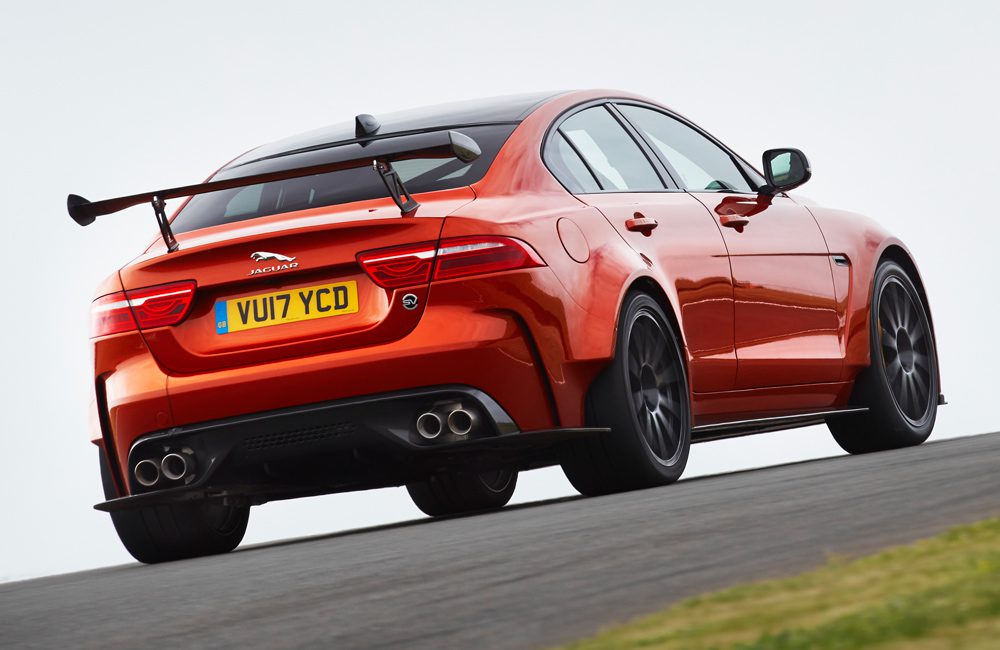 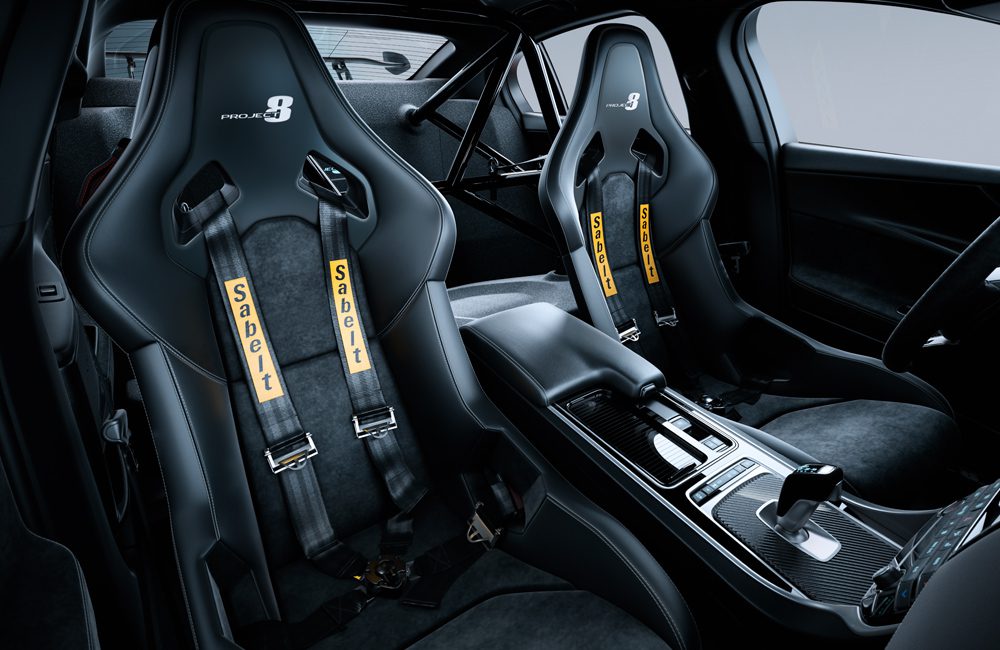 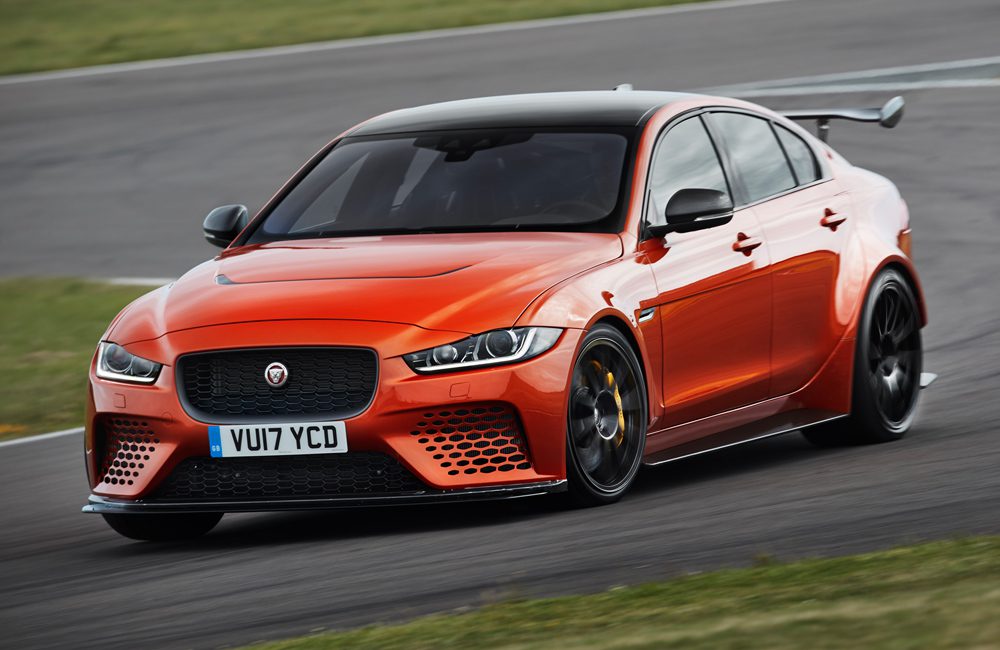 If you thought the GTA above was an extreme take on a four-door saloon, Jaguar’s XE Project 8 is on another level. That’s because all its exterior bodywork, except the front doors and roof, are totally bespoke. It also has two more cylinders than the most powerful mainstream XE (indeed four, if you look at the current range), and it’s all-wheel drive. This isn’t so much a saloon, but a supercar with a saloon body barely wrapped over the top.

It was designed – at great effort and expense – by Jaguar’s Special Vehicle Operations, chiefly because in order to fit its mechanics an entirely bespoke body was required, meaning that Jaguar didn’t make any money on them, despite costing in excess of £150,000.

Go for the full-house model and you’ll also gain two rear doors that lead to nowhere (there are no back seats) – how cool is that! 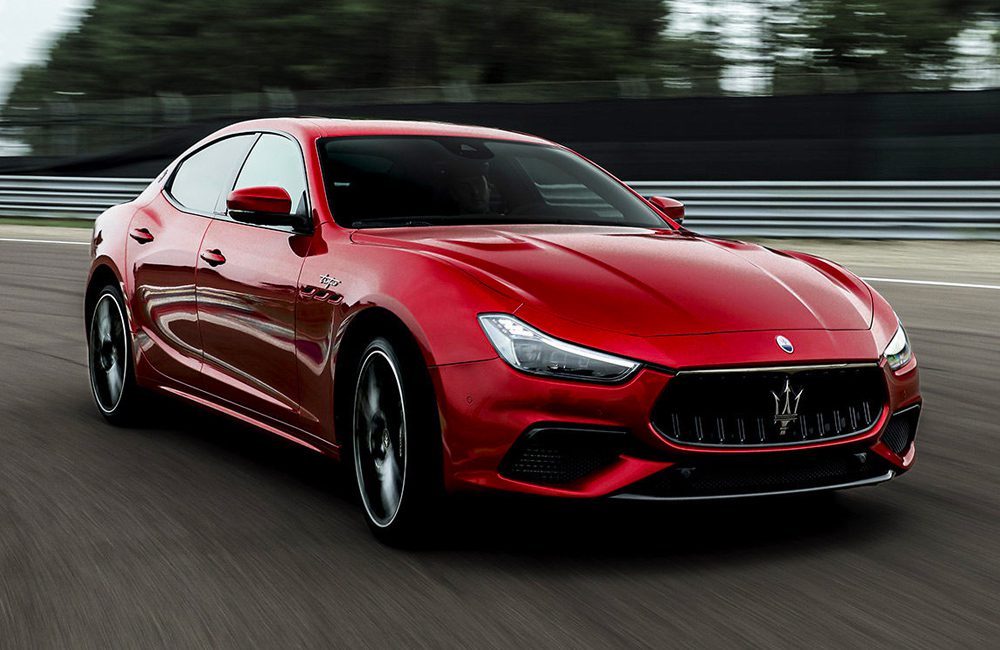 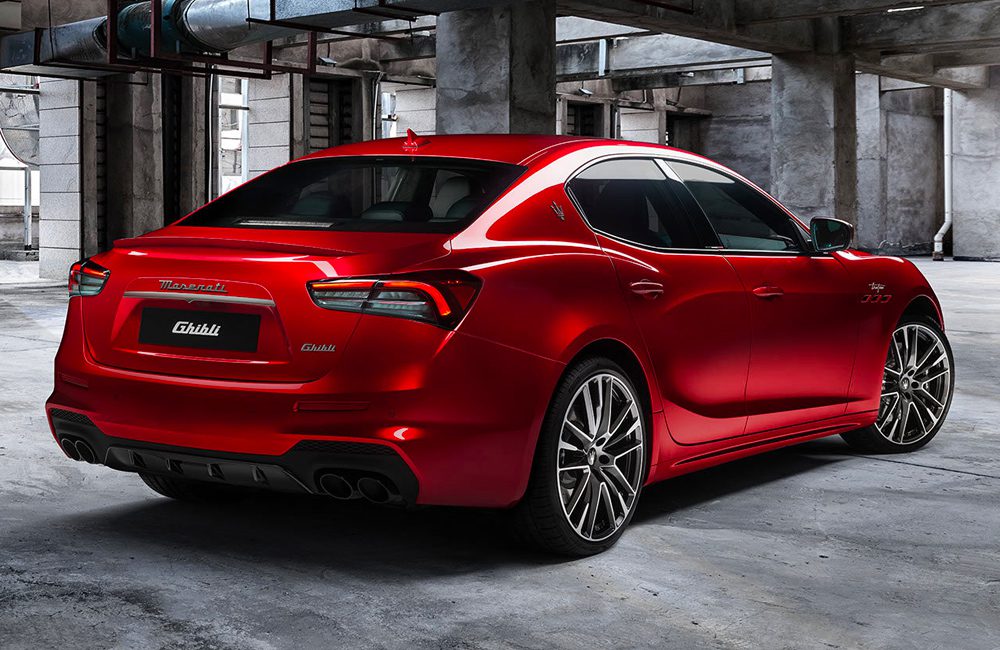 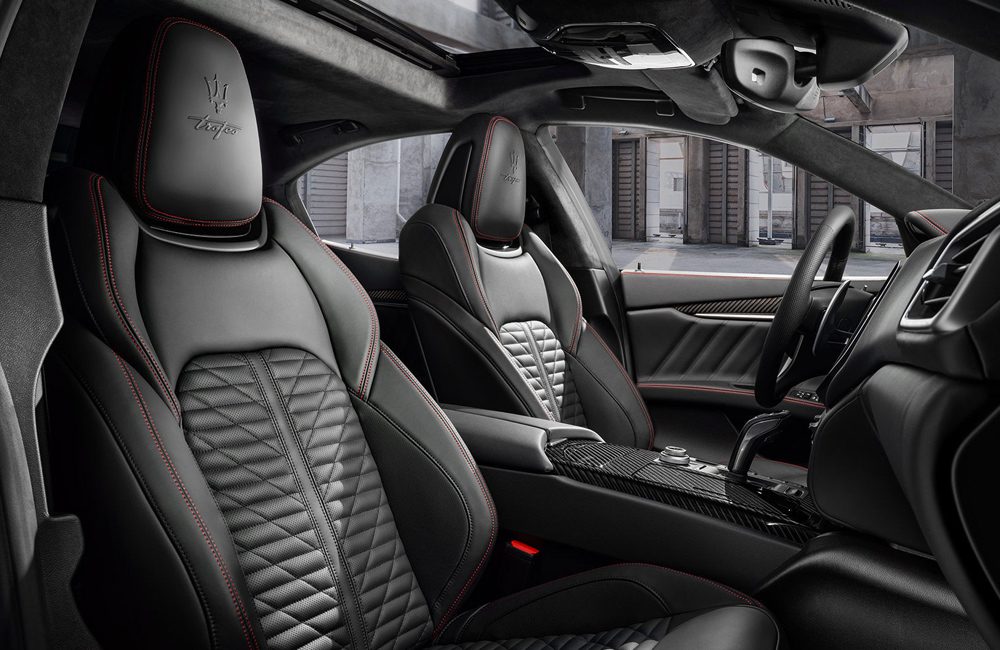 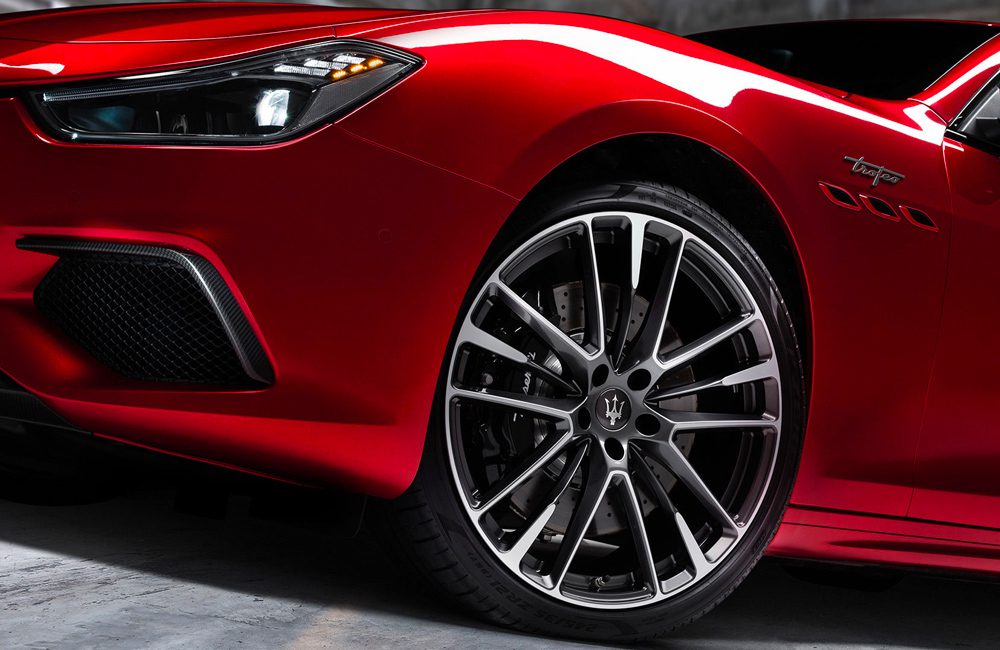 Moving in a slightly different direction to the two motorsport-inspired cars above is the Maserati Ghibli Trofeo. Now, if you’ve seen a four-door Maserati on the road in the last five years, there’s a good chance it’s the Ghibli: a BMW 5 series-sized luxury saloon that up until now has been an underwhelming combination of slow V6 engines and a driving experience that’s average at best. But now there’s the Trofeo.

It might look largely the same as the existing Ghibli, but the Trofeo’s magic is in its menacing subtlety, with only the smallest of hints outside revealing what lies underneath. And that’s the big change, as Maserati has finally seen fit to put its 572bhp V8 engine under the bonnet, shared in both spirit and crackle-red cam covers with Ferrari.

While the driving experience still isn’t entirely resolved, this technique of shoehorning Maserati’s biggest engine into its smallest saloon is a recipe that always appeals, which makes the Trofeo’s almost complete obscurity also its biggest draw. 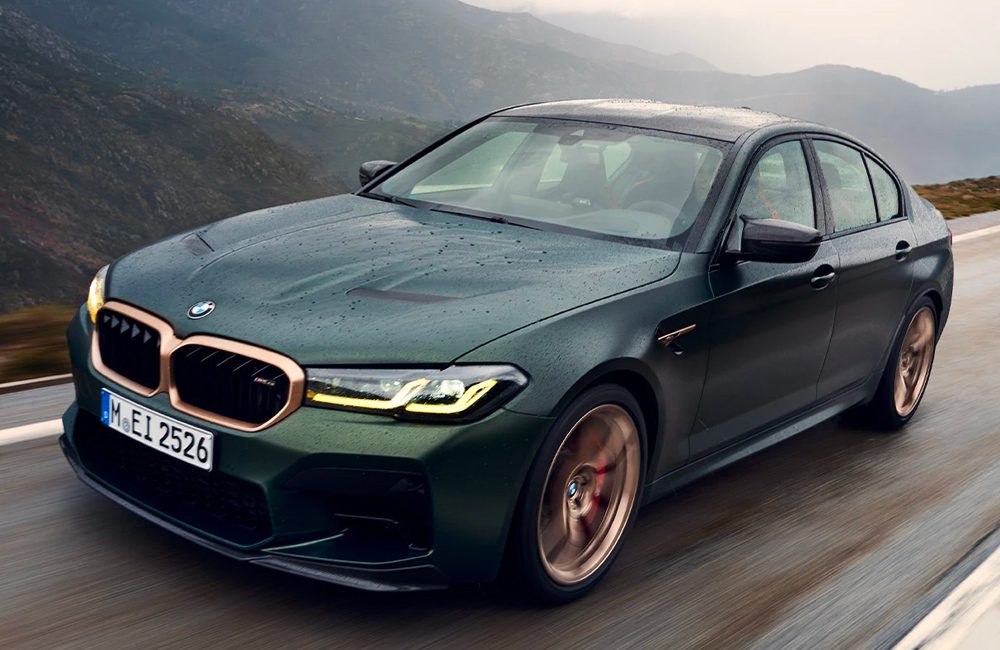 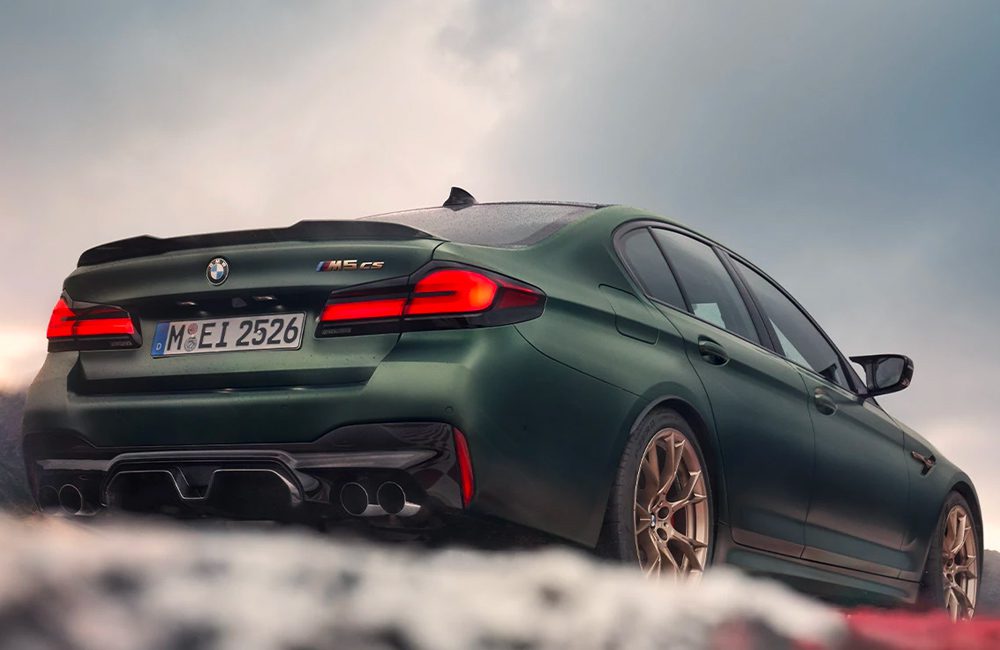 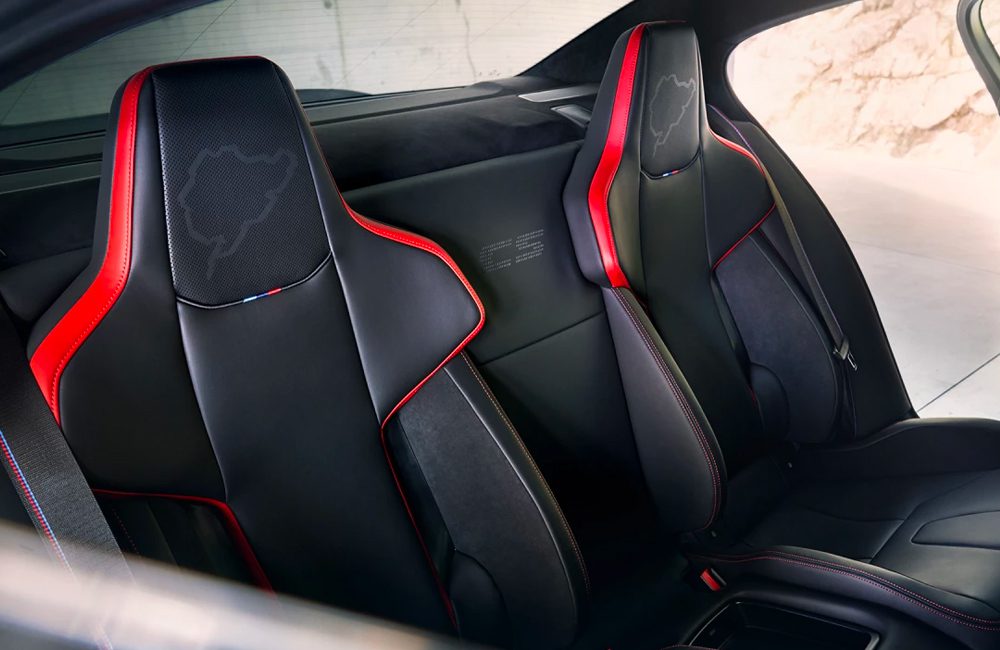 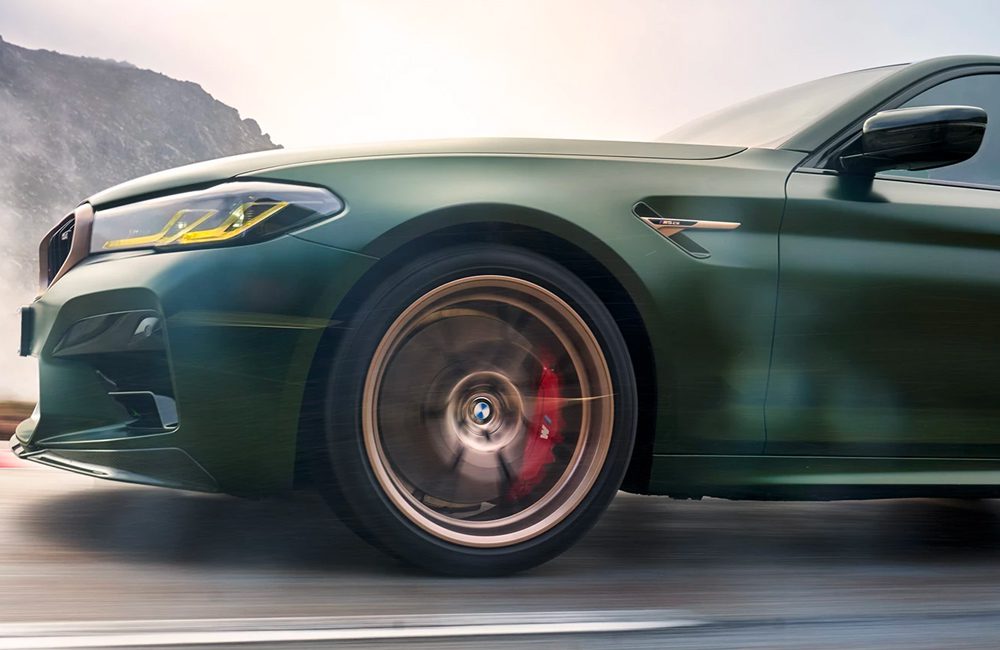 Four-door saloons with big engines have in the recent past been marketed as family-friendly supercars, with none quite living up to the billing. Yet finally, BMW has produced something that genuinely deserves the tag with its M5 CS. Ostensibly, aside from its brushed gold elements and optional matte green paintwork, it’s not that different to the vastly cheaper and only 10bhp less powerful M5 Competition, but the magic of the CS is in its setup.

No four-door car has such immense capability or performance, but better still, none engage through those elements either. It’s a totally immersive experience that defines this car beyond any marketing literature. Designed, developed and built with incredible finesse, the M5 CS is an example of BMW M at its very best, making it feel worth every penny of its higher OTR price.

If you can get your hands on one, this could well be the ultimate M5 before the hybrid era arrives, which could well make it the best high-performance four-door saloon of all time. 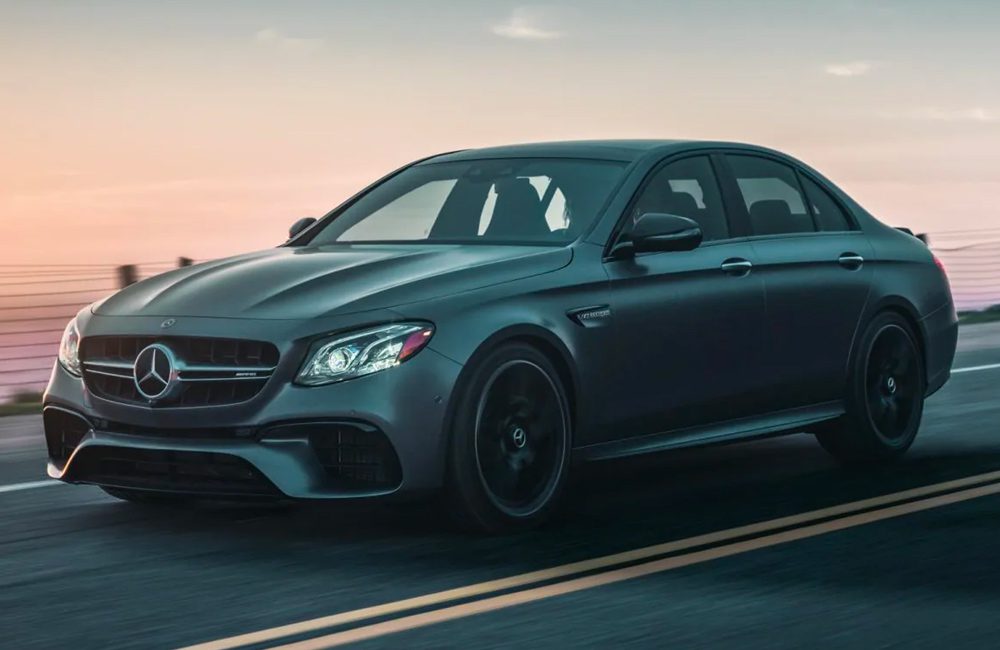 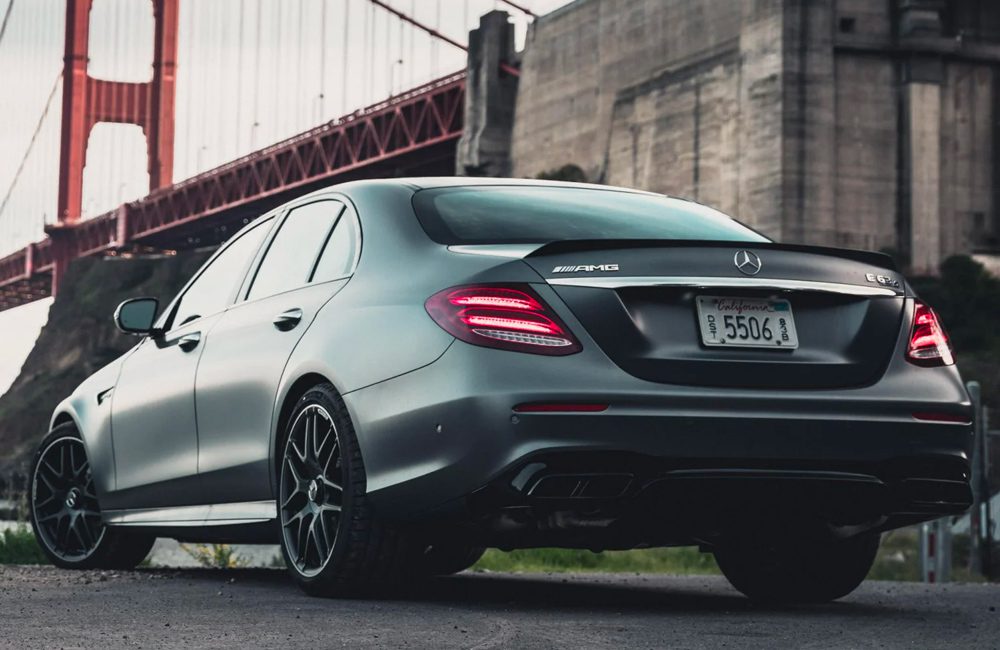 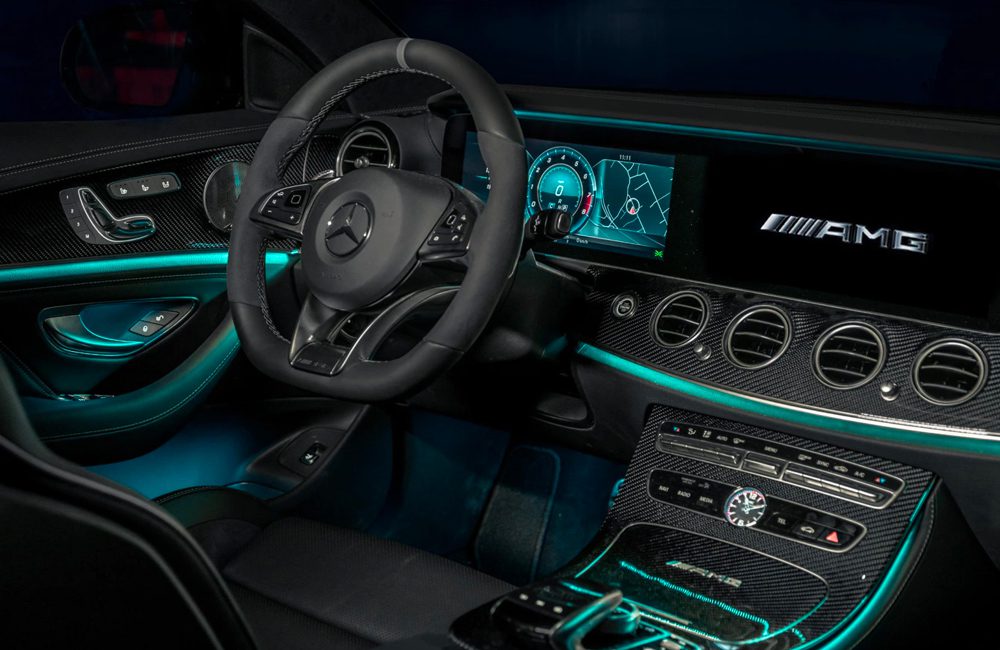 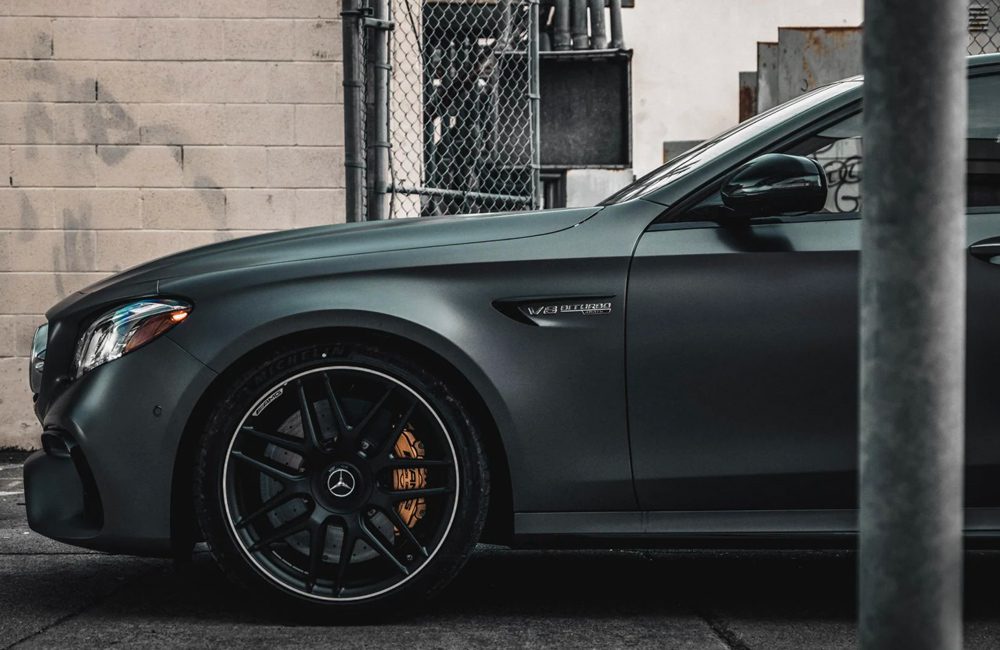 The Mercedes-AMG E63S might be a familiar sight on the roads, having been on sale for a while now, but all it takes is one short drive to remember why and how it changed the uber-saloon class so dramatically, strong-arming BMW M into matching its incredible ability.

This starts with its 603bhp V8 engine, a powerhouse that continues to punch well above its weight, as is evidenced by its huge torque figure. But grunt has long been an AMG specialty, so what makes the E63 S different is its drivetrain, which like few other cars allows you to make use of every single ounce of performance no matter the conditions.

As with all the cars on this list, their practical and mainstream forms leave them with little compromise in any respect, making the uber saloon one of those rare classes of automobile that will always punch above its weight as an ownership proposition, in turn making the latest crop of performance SUVs look a little silly in the meantime.