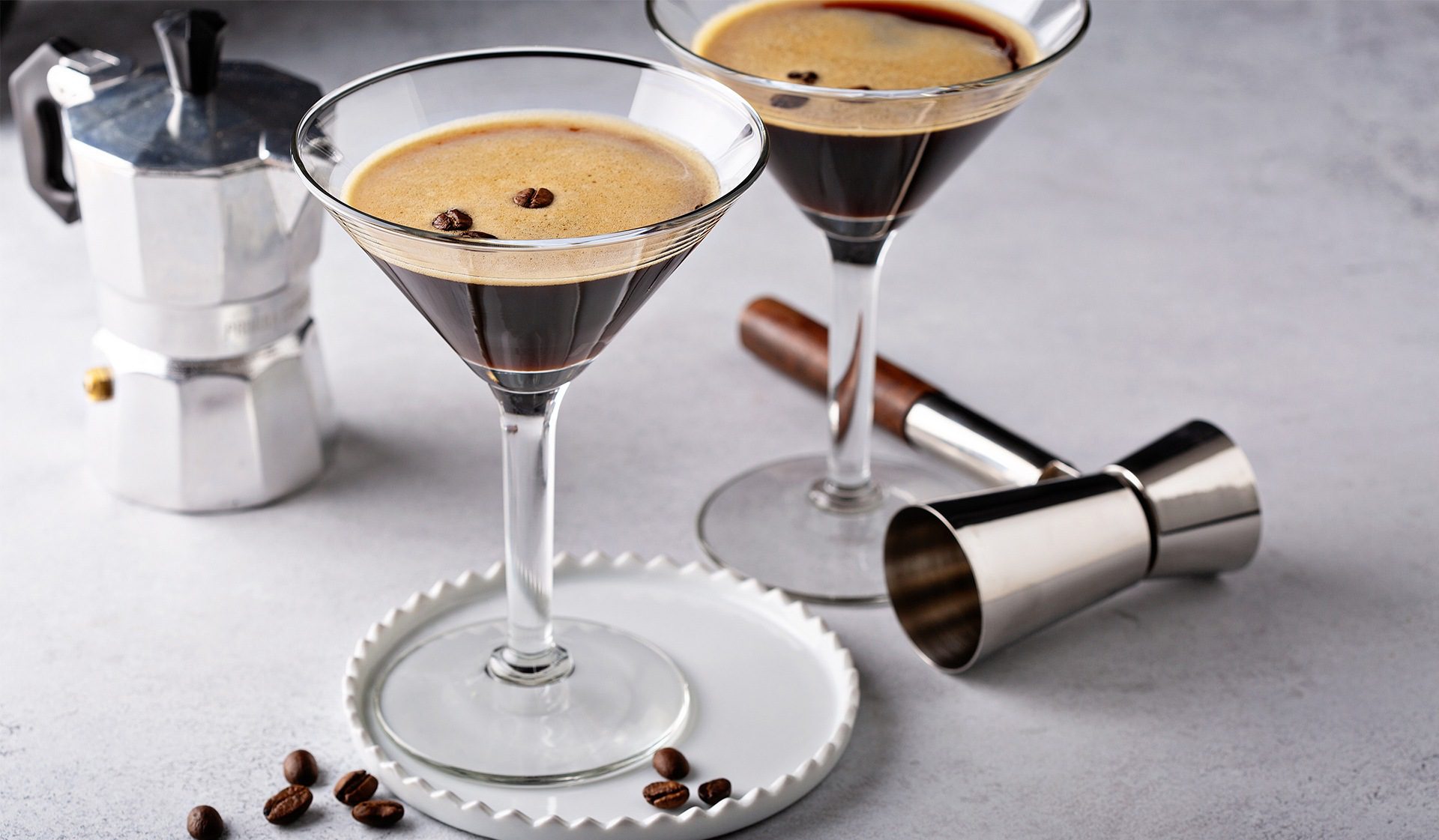 Wherever you go, vodka is king. The yearly rise and fall of other spirits might disguise the persistence of vodka cocktails, but go to any reputable bar in any country and you’re guaranteed to see those vodka classics bolted onto the menu. Once referred to as the “White Whiskey”, vodka rose to prominence worldwide after prohibition and has a special place in the heart of bar regulars.

Amid the wash of mainstream brands, one vodka in particular has caught our attention. Eight Lands Organic Speyside Vodka is a premium white spirit made using the finest Speyside spring water and 100% organic ingredients. Despite being a young brand, Eight Lands’ vodka has already picked up a number of prestigious awards – and with its long, smooth finish (with that all important hint of spice) it’s not difficult to see why. 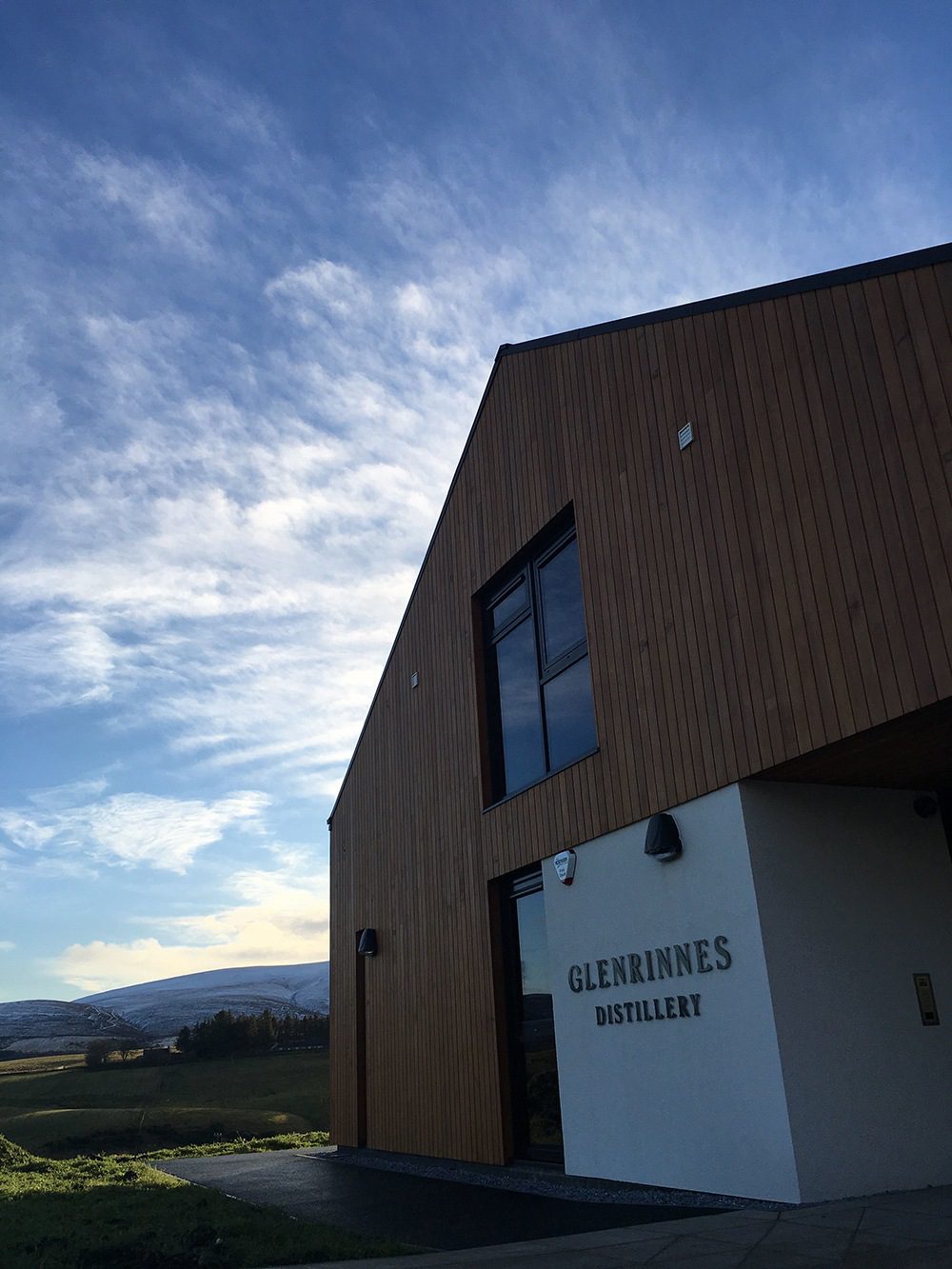 As clear and pure as the Speyside spring water used to make it, central to the Eight Lands distilling process is only the best organic barley and wheat as well as a two-stage fermentation process. The results make for a drinking experience that provides notes of well-rounded marzipan and vanilla pods on the nose and quality grain on the palette with a hint of butterscotch and coconut. 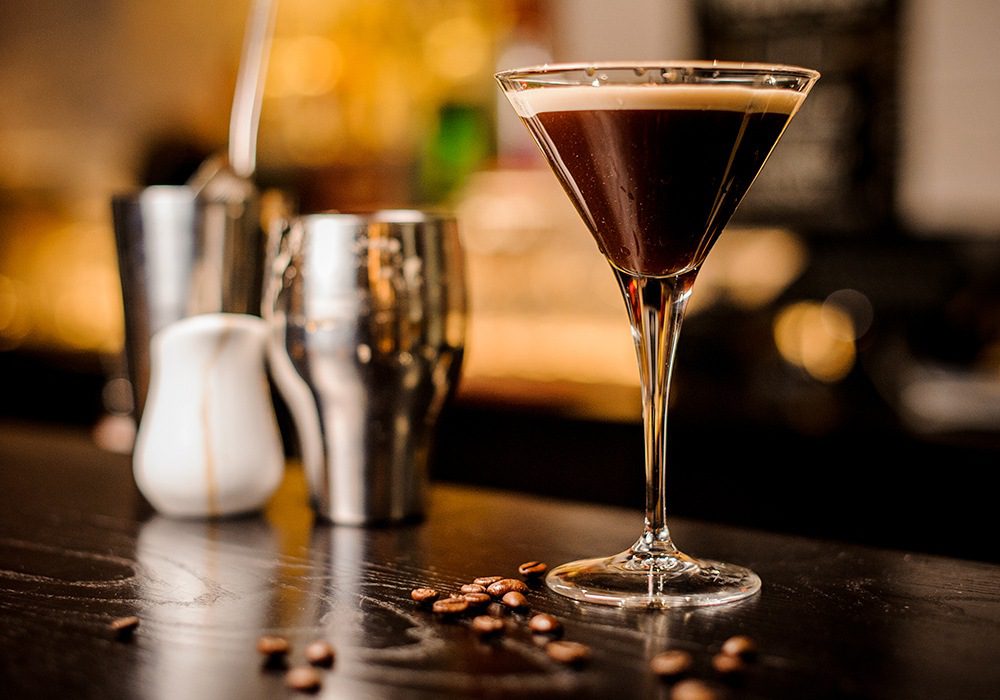 If you want a bit of pep to your vodka, forget about Red Bull and other morose energy can mixers, the Espresso Martini is a far more sophisticated caffeinated cocktail of choice. The butterscotch notes in Eight Lands Vodka make it the perfect way to upgrade a classic.

To Make: Combine 100ml of Eight Lands Organic Speyside Vodka, 50ml freshly brewed espresso coffee, 50ml coffee liqueur and ice in a cocktail shaker and shake rigorously until the outside of the shaker feels cold. Strain into chilled martini glasses and garnish with three coffee beans per glass. 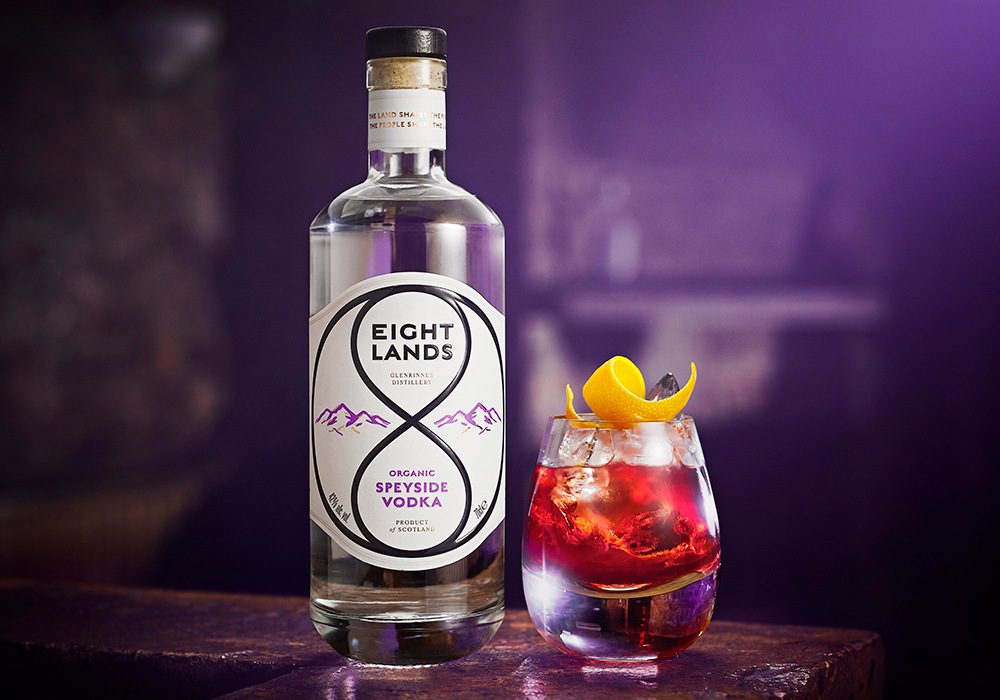 A pseudo Negroni in a kilt, the Eight Lands backbone holds the bittersweet notes of Campari and the fruity Braemble flavours together in harmony. A stylish and vibrant cocktail that will suit traditional cocktail drinkers down to a tee.

To Make: Add 40ml Eight Lands Organic Speyside vodka, 25ml of Campari and 20ml Braemble liqueur to a stirring glass and stir thoroughly. Strain into a glass over ice and garnish with a twist of orange zest. 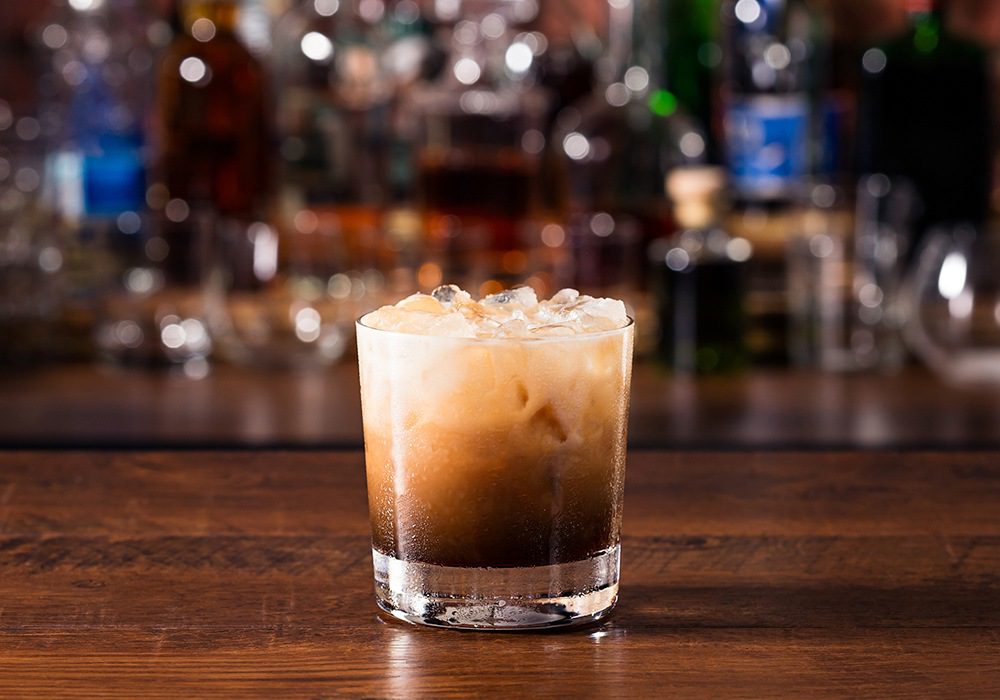 Libation of choice for The Dude (of Big Lebowski fame) and popular during the 1970s disco era, the White Russian is a vodka classic with an interesting flavour profile. With various coffee liquor options out there to tweak the recipe, some might opt to shake the base ingredients with a creamy layer sitting on top whilst others opt for an entirely blended cocktail.

To Make: Shake 60ml of Eight Lands Organic Speyside vodka and 30ml Kahlúa coffee liqueur in a cocktail shaker and strain into a low glass filled with ice. Pour over lightly whipped cream softly to float on the surface or if using standard cream, pour over the back of a spoon for controlled layering. 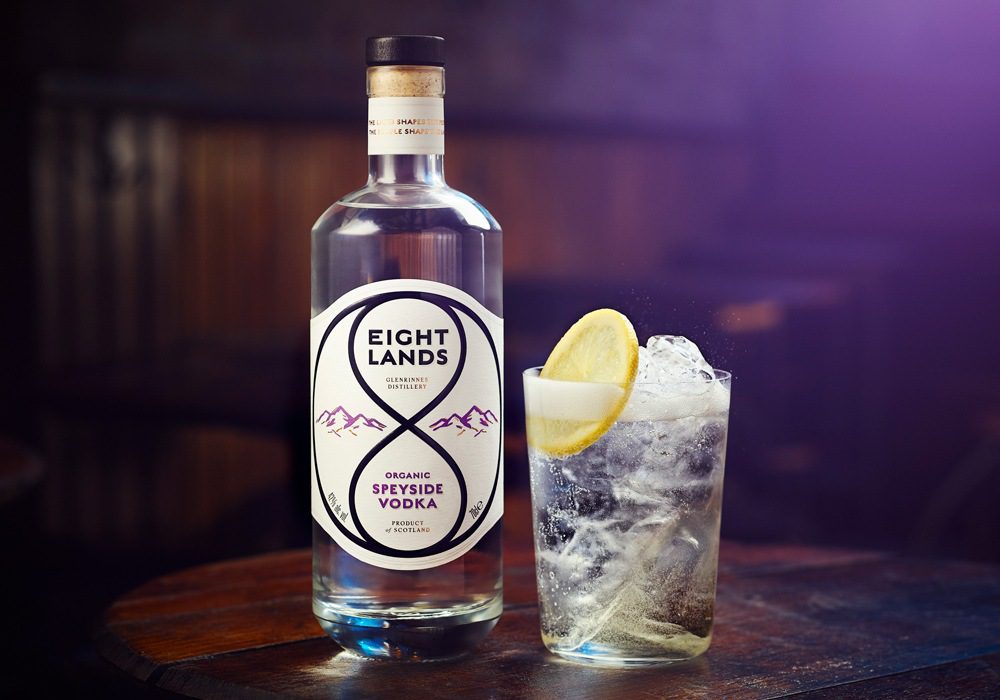 The joy of vodka is in the refreshment and the Speyside Highball certainly pulls no punches in those stakes. A simple spin on the classic vodka tonic, this cocktail is elevated by the slightly salty and sour notes of the sherry wine. Prepare yourself for a future favourite thanks to its moreish and crisp character.

To Make: Pour 50ml Eight Lands Organic Speyside vodka and 10ml of Amontillado sherry into a glass over ice and top up with tonic water. Stir and serve garnished with a lemon slice. 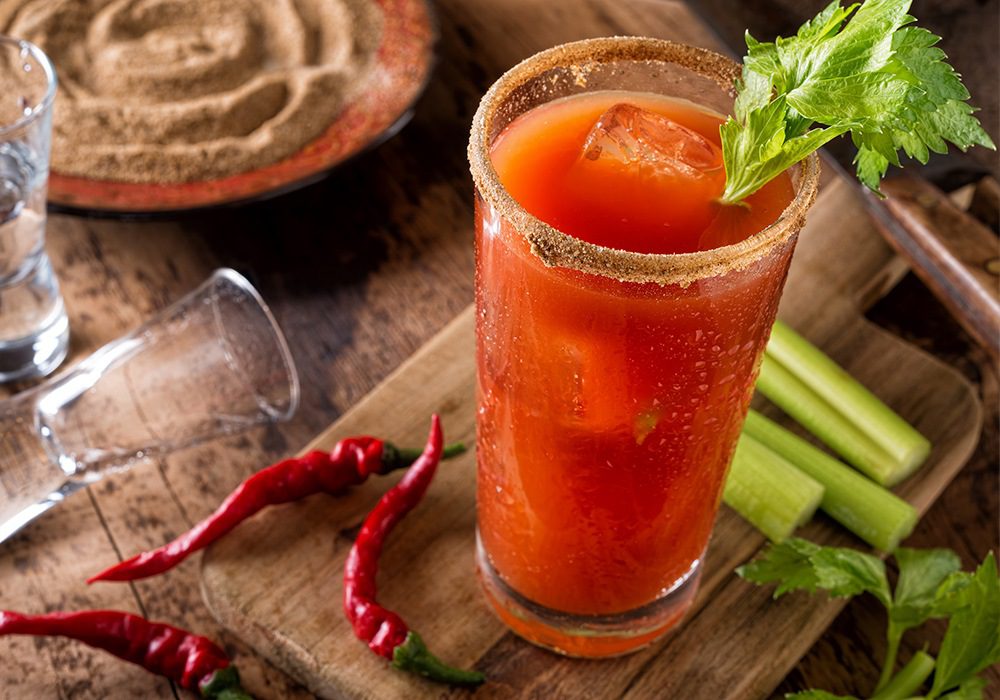 The ultimate hair of the dog; so wrong that it’s right. The story goes that the cocktail was originally invented at The New York Bar in 1920s Paris, a spur of the moment half-and-half tomato juice and vodka mix. The cocktail was then refined and reinvented with further myths surrounding its inception usually associated with New York’s bar scene. The Ape team swear by it for dealing with a hangover.

To Make: Add plenty of ice to a shaker along with two-parts Eight Lands Organic Speyside vodka, four-parts tomato juice, half-a-part of fresh lemon juice, four dashes of Worcestershire sauce, four dashes of Tabasco and a sprinkle of salt and pepper. Tilt the shaker back and forth before shaking vigorously. Strain into a tall glass and garnish with a celery stick. 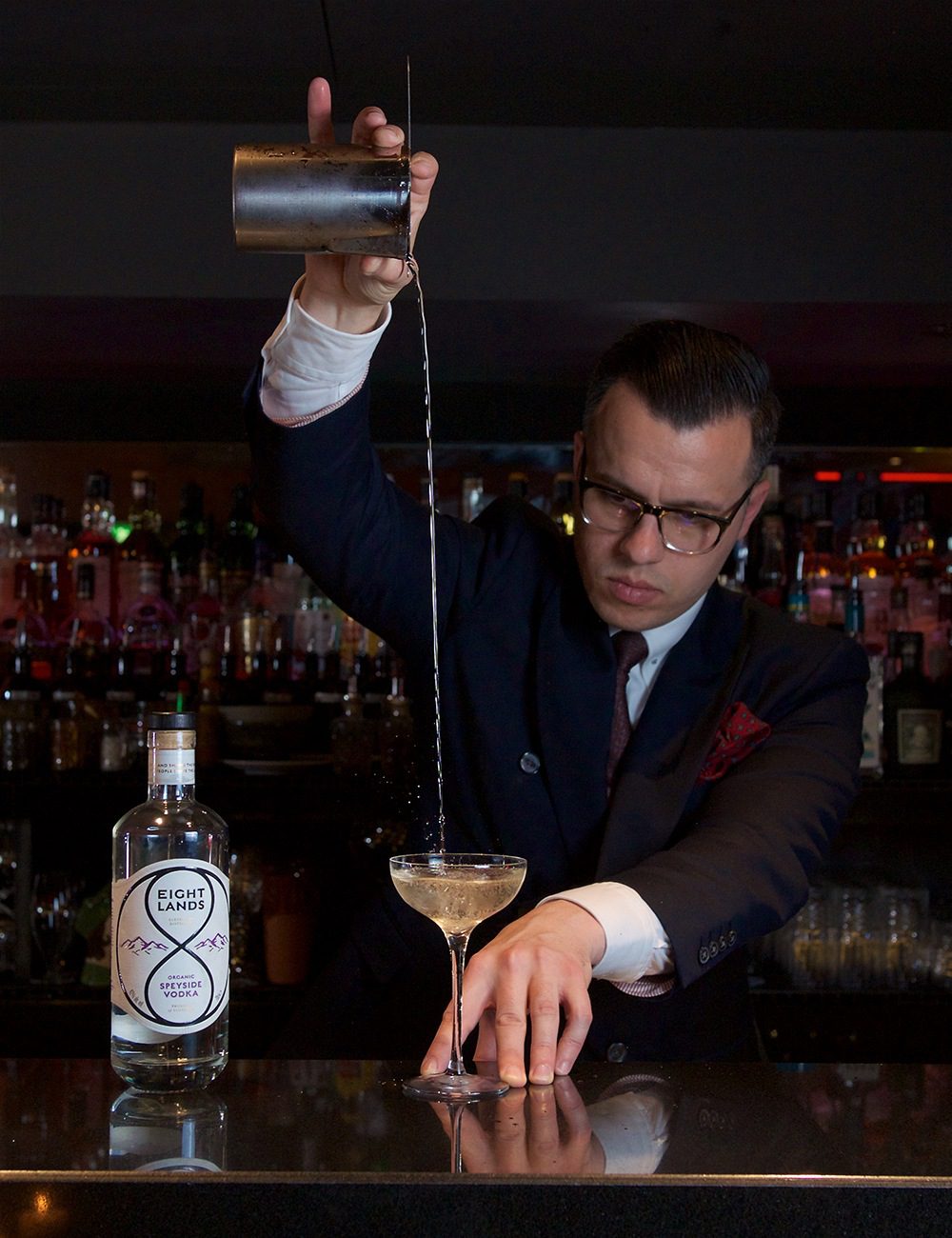 Eight Lands can be found at Milroy’s Of Soho and the new Spitalfields outlet, where Eight Lands Organic Speyside Vodka features on the bar’s creative cocktail menu. In addition, Eight Lands can now also be found at the following London outlets, with more to be confirmed in the next few months: Novikov Restaurant and Bar, Jones & Sons, and Natural Kitchen at Trinity Court and Angel Square.