Just 18km from the sizeable city of Modena in the Emilia-Romagna region of Northern Italy lies the small town of Maranello. With just 18,000 inhabitants you might be forgiven for thinking Maranello is a sleepy, typical Italian town – but the roar of Ferrari V12 engines and volume of men and women adorned in red overalls soon reminds you where you are: the home of Ferrari.

Maranello is relatively unassuming but occasionally its tranquillity is interrupted by a crackle, pop and a flash of red. Ferrari “owns” this town; from restaurants to factories to gift shops, the prancing horse reigns supreme. 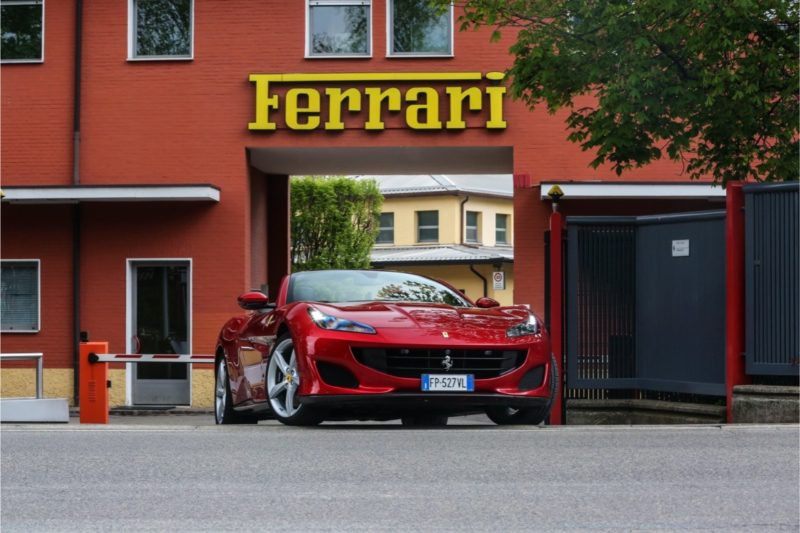 From my previous experiences of Italy, it’s safe to say the Italians are tremendously proud of “their” brand, and rightly so. On the surface, Ferrari is one of the world’s most iconic marques of all time – noted for its speed and styling – and being in Maranello recently only reaffirmed this message. However, I unexpectedly “learned” what might seem obvious to some: behind all the glitz, glamour and advertising, this is – first and foremost – a car manufacturer. And making technically advanced supercars is its bread and butter.

Maranello is very much the production hub, a working factory. And witnessing the start of the process made me truly appreciate the levels Ferrari go to. The end product, of course, needs little introduction.

An aerial view of the Ferrari factory site

When Enzo Ferrari formed Scuderia Ferrari (Ferrari Stable) in 1929 in Modena he had no intention of producing road cars. It was all about racing – turning Alfa Romeos into racing cars for gentleman drivers. The rest is obviously history, and a well documented one at that. Today’s cars, despite being produced in a delightfully modern factory, all bear the same thoroughbred history.

Delightful is, unbelievably, a good word to describe the Ferrari factory. Forget what you might know about industrial, noisy, heavy machinery-ridden car assembly lines – Ferrari is a 21st-century manufacturer. More appropriately descriptive words would be quiet, peaceful, arty, handmade and relaxing. For instance, Ferrari have committed to keep the noise within even the heavier machined areas below a decibel level so quiet you could almost hear a pin drop. In fact, parts of this same area felt like a zen garden with strategically placed interior planting.

Of course, when you arrive at the end of the manufacturing process the results, although beautiful, sit firmly at the opposite end of the serene spectrum, with a selection of latest Ferrari models gleaming in gunmetal grey with monstrous engines, girthy tyres and multiple, cavernous exhaust pipes. Ready to delight the customers they have more than likely been pre-specified for.

Inside the Ferrari Styling Centre (Centro Stile) and Tailor Made

I was also treated to a behind-the-scenes look in the Ferrari Centro Stile, where the “pre-manufacture” happens. This new design centre signals the end of an external collaborative process with automotive royalty Pininfarina, in a move which sees Ferrari design brought in house, under the stewardship of the enigmatic Flavio Manzoni – a man who exudes as much charm and style as the Ferrari brand does itself. This is, as they say, where the magic happens. A multitude of disciplines and brilliant automotive design minds work under Manzoni to dream up the latest cars destined to tear up patches of tarmac while stealing every envious glance both now and in the future. It’s a bold move by Ferrari, for Pininfarina has served them well. And while I’m sure there’s an element of collaboration remaining, designing in house at the factory makes more sense on so many levels.

In this same building you’ll also find “Tailor Made” – a suite where Ferrari host VIP clients, intent on customising their latest Ferrari. From custom seating to exterior colour paint there are thousands of options – you can even bring in your favourite fabric to be emulated by the Ferrari manufacture.

I had lunch at the original Ferrari workshop (see Officina Meccanica Alfredo Ferrari photograph above) in Modena, where Enzo began the story of the prancing horse. But the real star of the show, and well worth a visit, was the Museo Enzo Ferrari. A particularly modern designed building, the museum within is home to some of Ferrari’s most iconic creations, including the 250 GTO and Ferrari Monza amongst many others.

For Ferrari fans like myself this is a homage to those cars that adorned posters on your bedroom wall. So many of the classics, live and in the flesh, all in first-class condition. Seeing so many legendary Ferraris in one place is really a treat like no other.

The Legend Of Ferrari

It’s safe to say the legend of Ferrari lives on, and is as alive and kicking as its even been as the brand strides forth into a new chapter. Maranello and Modena is well worth a visit for any Ferrari fan or for those interested in one of the world’s strongest and most iconic brands. 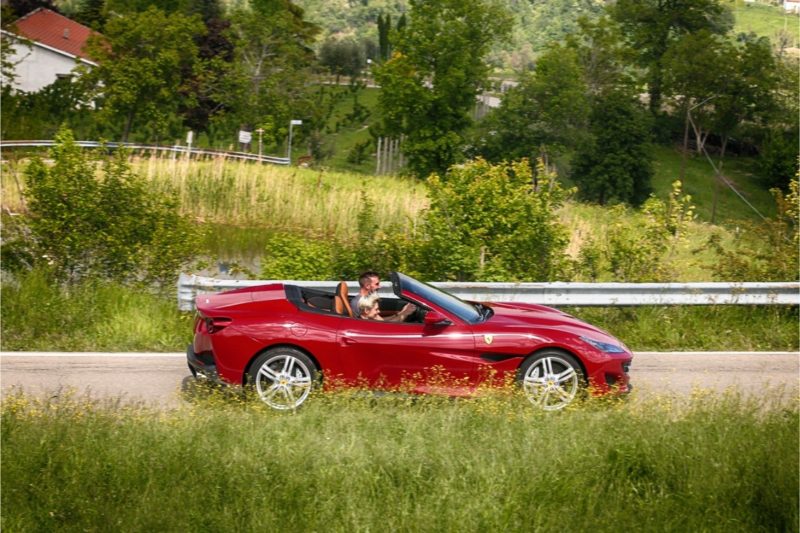 The storied and serene Italian countryside plays a handsome backdrop to a thoroughly modern automative legend. The history Ferrari have earned is evident everywhere. Take a wonder through the quaint streets to take it all in, and bask in the intermittent interruption of a Ferrari Portofino flying past with all of its horses singing.