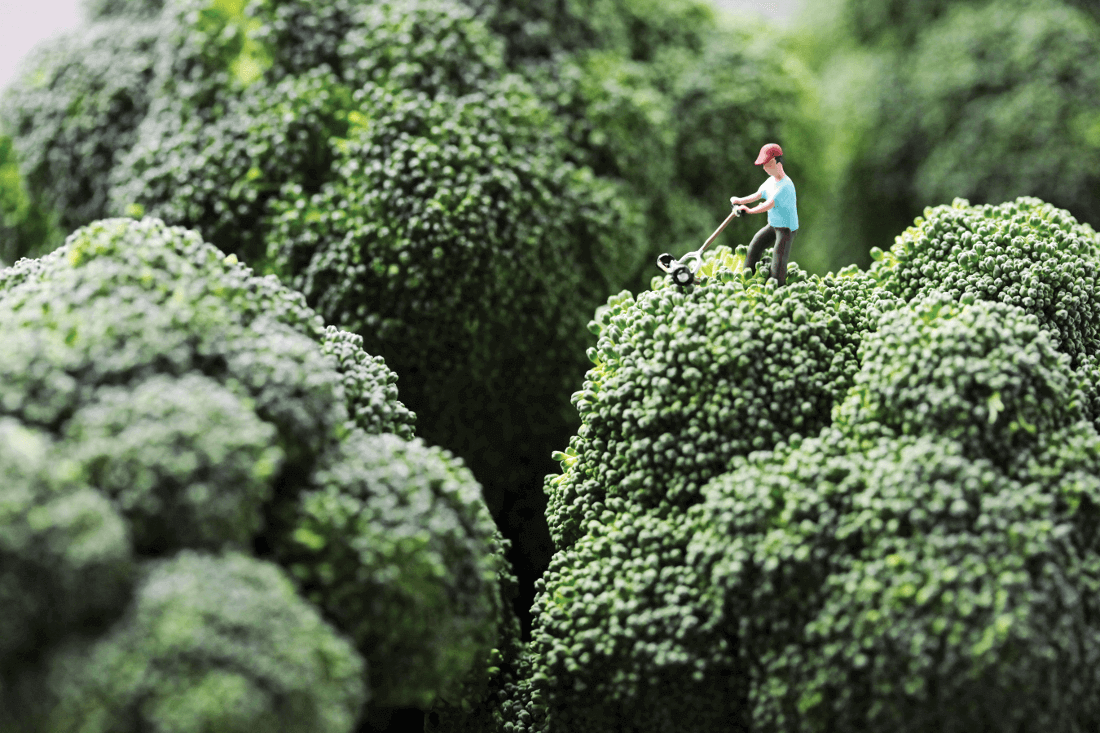 Big Appetites, is a series of images by photographer Christopher Boffoli – now available in a new book, aptly surmised by its subtitle; ‘Tiny People in a World of Big Food‘. The scenarios indulge Mr Boffoli’s childhood imagination by placing hand-painted figurines in scenarios involving real food. Some what of a rebellion against the old adage instilled in us by our parents, “do not play with your food”.

In a subverted world, Lilliputians are let loose with food, occasionally alongside a backdrop of darkly grown-up undertones. There is a humorous and starkly truthful caption to match each scenario in which these miniature people find themselves.

Mr Boffoli was kind enough to allow us to share some of his work with you below, we trust you will find them as entertaining as we did. All of the images below are more can be seen in his new book, which at £8.99 is a must buy – and if you’re in London on 2nd October take a trip to the 20th Century Theatre in Notting Hill between 6-10pm for his exhibition and book signing. There will also be a collection of limited-edition photographs from the series exhibited for sale, curated by the Flaere Gallery. Visit his website BigAppetites.net for more information.

Everyone had to adjust to changes in the economy.

Bev was the textbook definition of a helicopter parent.  It was all about fear for her.

Elliott finally found a place where he could smoke without being bothered.

An elite squad was not always successful against superior numbers.

Everyone just wanted to relax. But after Deborah got a few beers in her, she just wouldn’t stop talking.

Right on cue, Philippe stepped up to take all of the credit.

Russell’s lies about his skill level were getting him ever deeper into trouble.