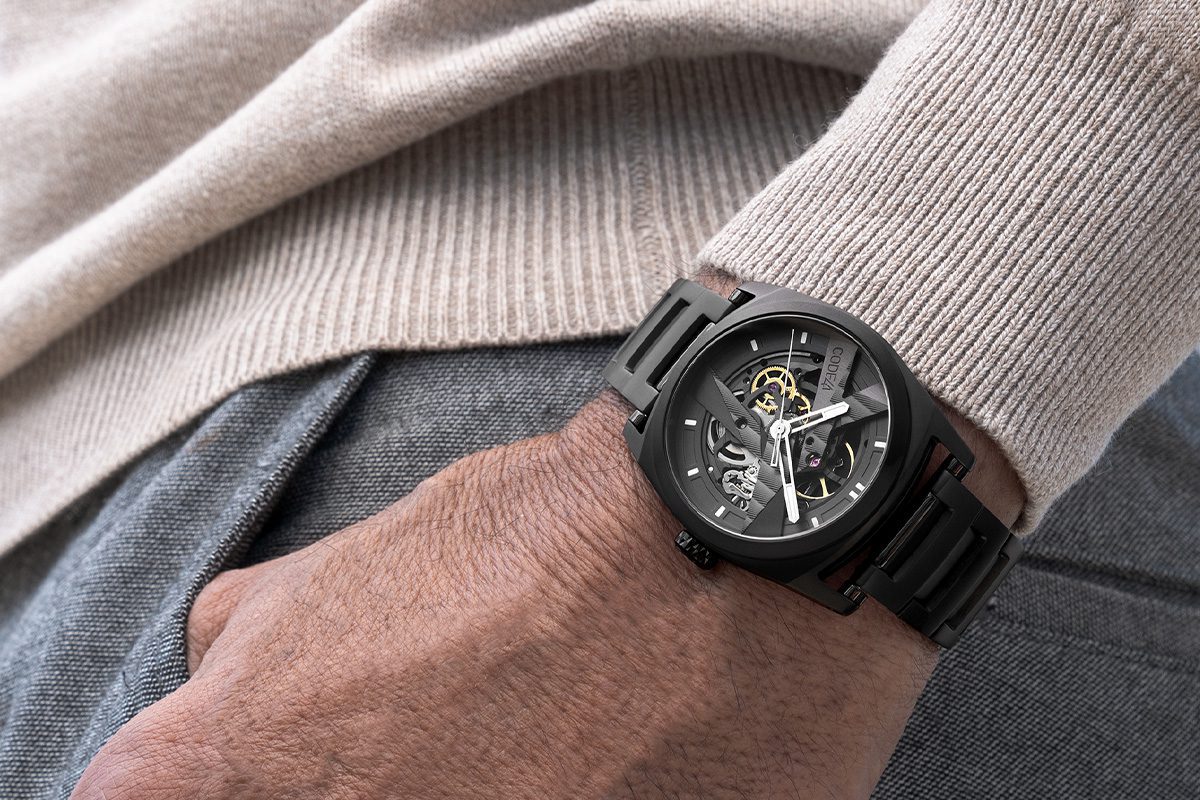 The fashion industry has been moving away from the idea of gendered clothing for the past decade. Major brands have launched collections featuring innovative designs that break the binary. In Switzerland, things move slower. However, in an era when women can wear 41mm chronographs and men aren’t averse to a diamond or 20, there have been rumblings recently that even Swiss watch brands are starting to find the labels “man” and “woman” outmoded.

CODE41 On Selling Out (Its First Two Editions)

Swiss crowd-funded independent watchmaker CODE41 embraced this thinking from the outset. Launched last year, the Day 41 was originally slated to be a women’s watch. As the design took shape, it became evident that this bold, skeleton design existed outside gender binaries. Watch lovers agreed, with over 3,000 people signing up to buy one of these intriguing designs, selling out its first two editions. And now Edition 3 has been launched.

The Day 41, for which pre-orders are now open, is the result of eight months of voting and debating between CODE41’s creatives and its female community. As Claudio D’Amore, CODE41’s founder, wryly observes, there are no “butterflies or unicorns, just a strong, sophisticated piece that works as well on a woman’s wrist as it does on a man’s”.

It is the combination of strongly graphic dial design with the refined lines of the case and lugs that makes this timepiece so versatile. The raw mechanics are still on display thanks to the movement, which is entirely skeletonised. The added detail of a sapphire caseback means you can see this movement – supplied by Fossil-Group-owned Swiss Technology Production and based on an ETA 2824-2 – in all its glory, from any angle. The slimness of the lugs and the elegant cushion shape of the case are stylish contrast to the bold dial.

In a nod to the trend for smaller case sizes, the Day 41 Edition 3 is now available in 37mm as well as 41mm. You can choose from black, gold, anthracite PVD or stainless-steel cases and myriad strap styles, from sporty rubber to the more classic leather, all of which are easily changed without tools and have a deployant clasp. There’s even an option with diamonds. Each different case and strap combination reveals the chameleonic quality of this brilliantly innovative watch, showing that it can be a knockabout weekender as well as sophisticated sartorial statement.

The starting price is CHF1,150, every franc of which is accounted for by CODE41’s revolutionary Transparency on Origin (TTO) policy, which breaks down all production costs and where mark-ups have been added to ensure profitability. Given how quickly Editions 1 and 2 flew off the watchmaker’s bench, we’re putting our order in for Edition 3 immediately. We suggest you do too.