Even among those who don’t dive, a large number of men either own, or have their eye on a diving watch. A retro, rugged vibe combined with solid construction and a veneer of sophistication means they can take anything life throws at them.

The best diving watches are truly versatile accessories. They’re office acceptable. You can wear them out to dinner. You don’t have to take them off for bath-time or the washing up. And they look great with any weekend wear, from tracksuits and T-shirts to linen and cable knits.

Submerge yourself in the romantic history of diving watches and it’s easy to understand their enduring appeal. Here’s a suitably deep look at what makes a diving watch, and some of the models that have shaped its story.

What Is A Diving Watch? 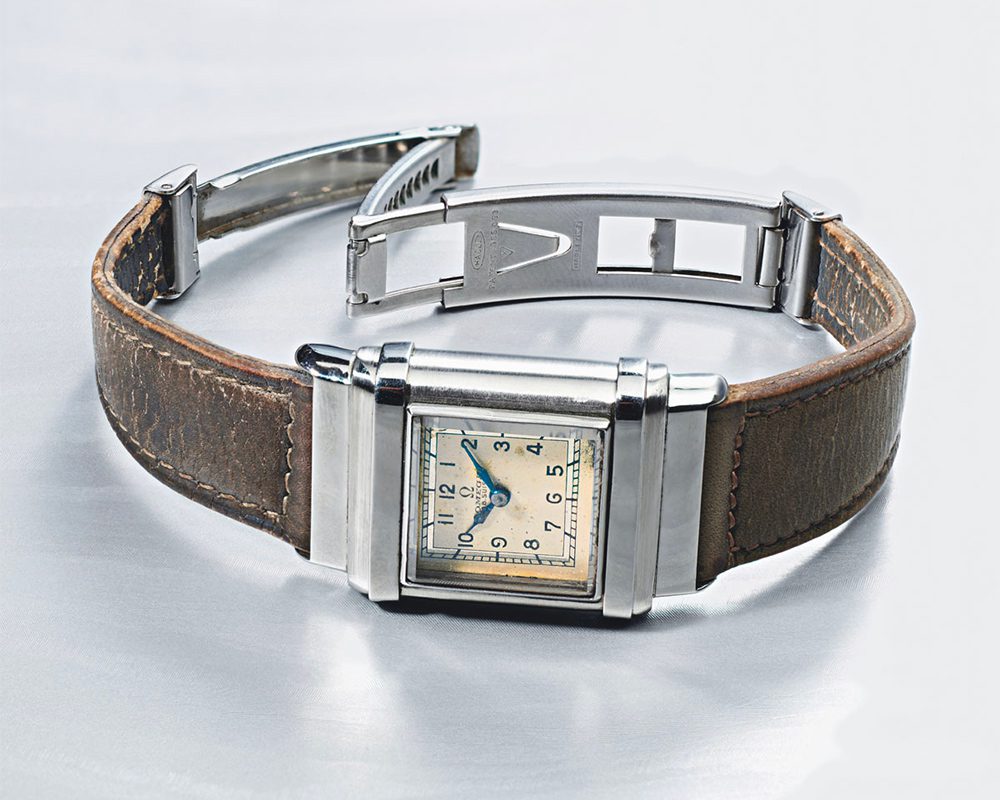 Let’s start with the technical stuff. For actual divers, a diving watch is considered part of your dive kit, and therefore integral to keeping you alive underwater. Which is why the International Organisation for Standardisation (ISO) has a proper set of criteria.

In standard 6425, which applies to mechanical watches, it states that it must have clearly distinguishable minute markings, visibility at 25cm in total darkness, a unidirectional bezel and luminous running seconds hand. Then there’s magnetic, shock and chemical resistance plus a strap that won’t drop into the deep. Water resistance of 100m is the minimum; watches are never waterproof, that’s just not possible. If you are intending to venture deeper than a surface splash, 200m is preferable.

This might seem excessive when recreational PADI instructors won’t take you below 40m but it’s because, when watches are tested, it isn’t in conditions that mimic an actual dive. They are stationary in a hyperbaric pressure chamber. Everything from the case to the gaskets and seals is brand new and there is no accounting for the additional shifts of pressure that occur when you jump into water, or when you descend and ascend. That extra water resistance buffer is there for your peace of mind, and bragging rights at dinner. 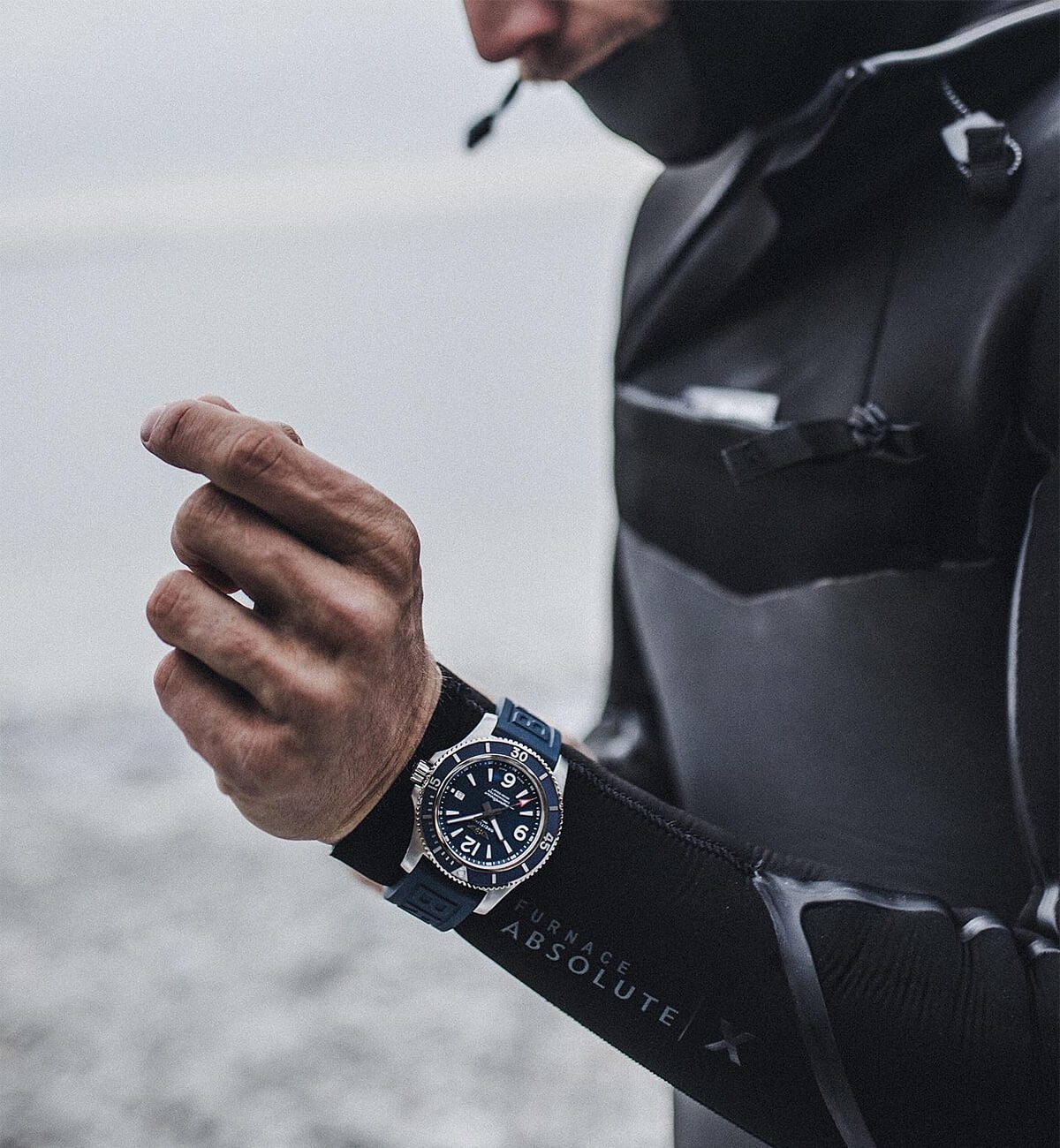 All those ISO standards add up to an aesthetic that looks good with any suit – wet or otherwise. Think of all the great diving watches – the Submariner, the Fifty Fathoms, the Seamaster 300m – all have a satisfying tool watch feel to them. The legible numerals or indices, combined with the need for any information on the dial to be read quickly, means the design is unfussy.

A unidirectional bezel, especially one that needs to be turned with gloves on, adds detail but it’s not extraneous, while the luminous marker at the 12, usually a triangle, gives it a military feel. The strap, which needs to be adjustable in order to fit over the cuff of a wet, or sometimes dry, suit, matches form with function. A diving watch is reassuringly practical but has an elegance about it. There’s a reason Daniel Craig’s Bond can wear one with a dinner suit. 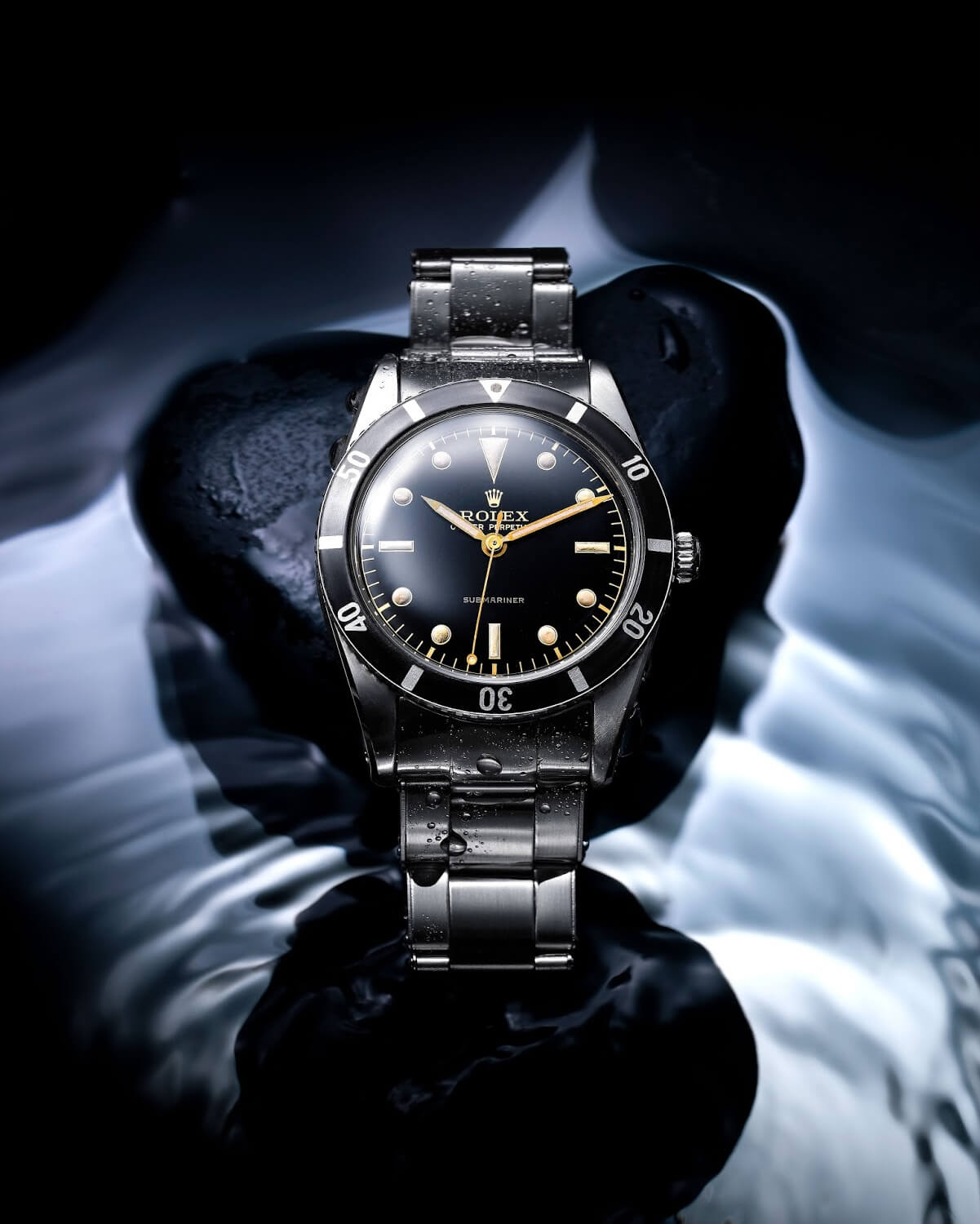 If you want a watch you can properly dive in, rather than one that’s just for promenading, you need to look out for certain details. The crown should be screw down, and in some cases it even has a guard. The case and sapphire crystal will be thicker than usual. Details you can’t see should include O rings in rubber, which are used to seal the crown, case back and crystal.

Deeper divers, such as the Omega’s Seamaster Planet Ocean 600m or Rolex’s Deepsea, will have a domed sapphire crystal and a steel ring for reinforcing the case. Some will have a helium escape valve, though this not usually necessary unless you’re a saturation diver, and others a depth gauge. This works by having a sensor on the side of the case, which is distorted by the water pressure. That distortion is converted into feet or meters of depth, which is then displayed by a scale on the dial.

Oris’s depth gauge is slightly different and uses Boyle’s Law – if pressure of gas decreases, then the volume of the container increases – to flood a tiny chamber with water as the air inside it is compressed. Because the air is silvery white and the water darker, the transition point where they meet can be read on a scale revealing the depth.

Even if the deepest water you encounter is a particularly indulgent bath, the geeky detail is part of the appeal of a diving watch. Considered by seasoned divers to be the first true diving watch, it had an ingenious case within a case system – the movement, dial and hands part was inserted into a cork lined metal case to protect it – and an adjustable strap. When tested, in Lake Geneva, it made depths of 73m and became the watch of choice for Yves Le Prieur, the “father of modern diving” and the inventor of the modern scuba mask and tank. Thanks to the Military Secrets Act, no one can be entirely certain about Panerai’s diving watch history, but it is known that the Radiomir, with its iconic sandwich dial, was created because the Italian Navy wanted something large, luminous, easy to read and, of course, water resistant, for its Frogmen to wear.

It was Rolex who made the case – an enlarged Oyster – into which Panerai placed a pocket-watch movement. Worth noting: the 21st-century Radiomir is most definitely not a diving watch. You’ll need one of the brand’s Submersibles instead. The first iteration of the Seamaster was based on designs made for, and worn by, British military during World War II, with an O-ring gasket basically added to a dress watch to improve water resistance. It was not intended for the deep. It wasn’t until 1957, when Omega launched a trio of tool watches that it put the name on the dial of a timepiece intended for underwater use. Despite it having 300 on its dial, it only had a water resistance of 200m. Just pipping Rolex to the post as the first ‘purpose-built’ and commercially-available diving watch, this diver was designed at the behest of Captain Robert Malbouier, a French military secret agent. He petitioned then-CEO Jean Jacques Fietcher – also a keen diver – for a robust timepiece, legible underwater, to aid the French Navy Seal in their missions.

It is named after its original depth rating, around 91m. It’s now water resistant to 300m. Probably the most iconic diving watch, apart from the Omega Seamaster, this was the first watch that was good to 100m. Then-director Rene P Jeanneret challenged the team to design a diving watch that could be worn as an elegant timepiece. With its then-pencil hands, thin case, small crown and superior water resistance, the ref.6205 fulfilled the brief. It also kickstarted Rolex’s dominance of the sub-aquatic sphere. Originally intended for the military but adopted by serious divers, the Breitling Superocean saw the luxury watchmaker swap height for depth, trumping Rolex’s record by offering a model with a water resistance of 200m. The first Superocean came in two versions – automatic time-only and manual wind chronograph with a rather unusual concave bezel design; a detail that the watch still has today. Seemingly a modern addition but the Black Bay is a resurrection of the 7922 Tudor Oyster Prince Submariner from 1954, just with snowflake hands instead of the original Mercedes. The 1954 original was resistant to 100m, had a case and crown made by Rolex, but a movement that, although made in the Rolex factory, had a modified base from Fleurier.

Now it’s good to 200m, is assembled in its own Geneva headquarters, and powered by an in-house movement.