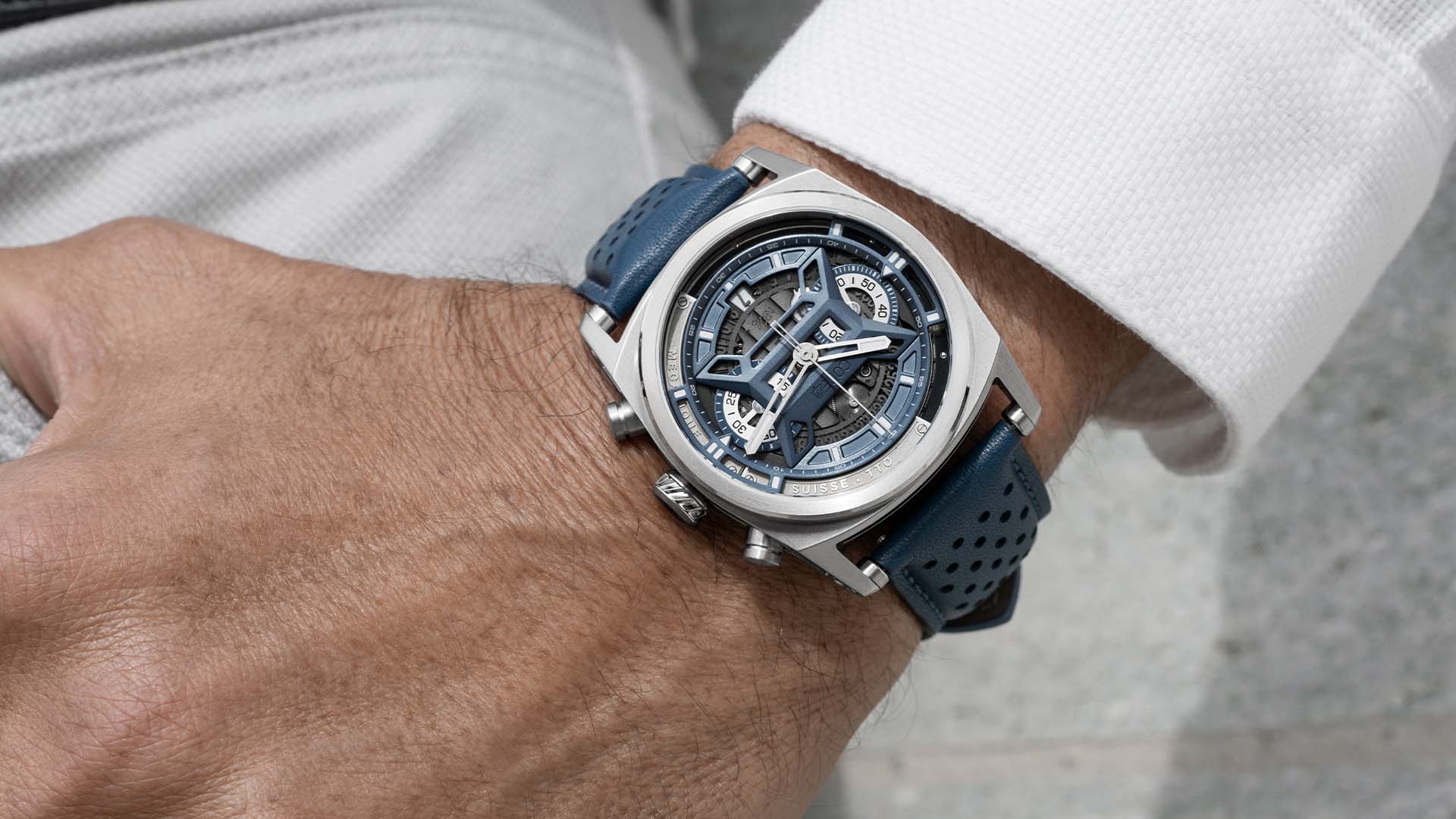 It is a truth universally acknowledge in watchmaking that the more complicated the movement, the more high-tech the materials and the more complex the dial design, the higher the price tag. And that’s no bad thing, innovation requires expenditure. Then you see a something that turns all that thinking on its head. Code 41, the Swiss-based crowd-funded member-designed manufacture, is a brand known for breaking boundaries but, with the NB24, it created a timepiece to challenge convention. The Creator Edition sold out but it’s now back for a second edition. 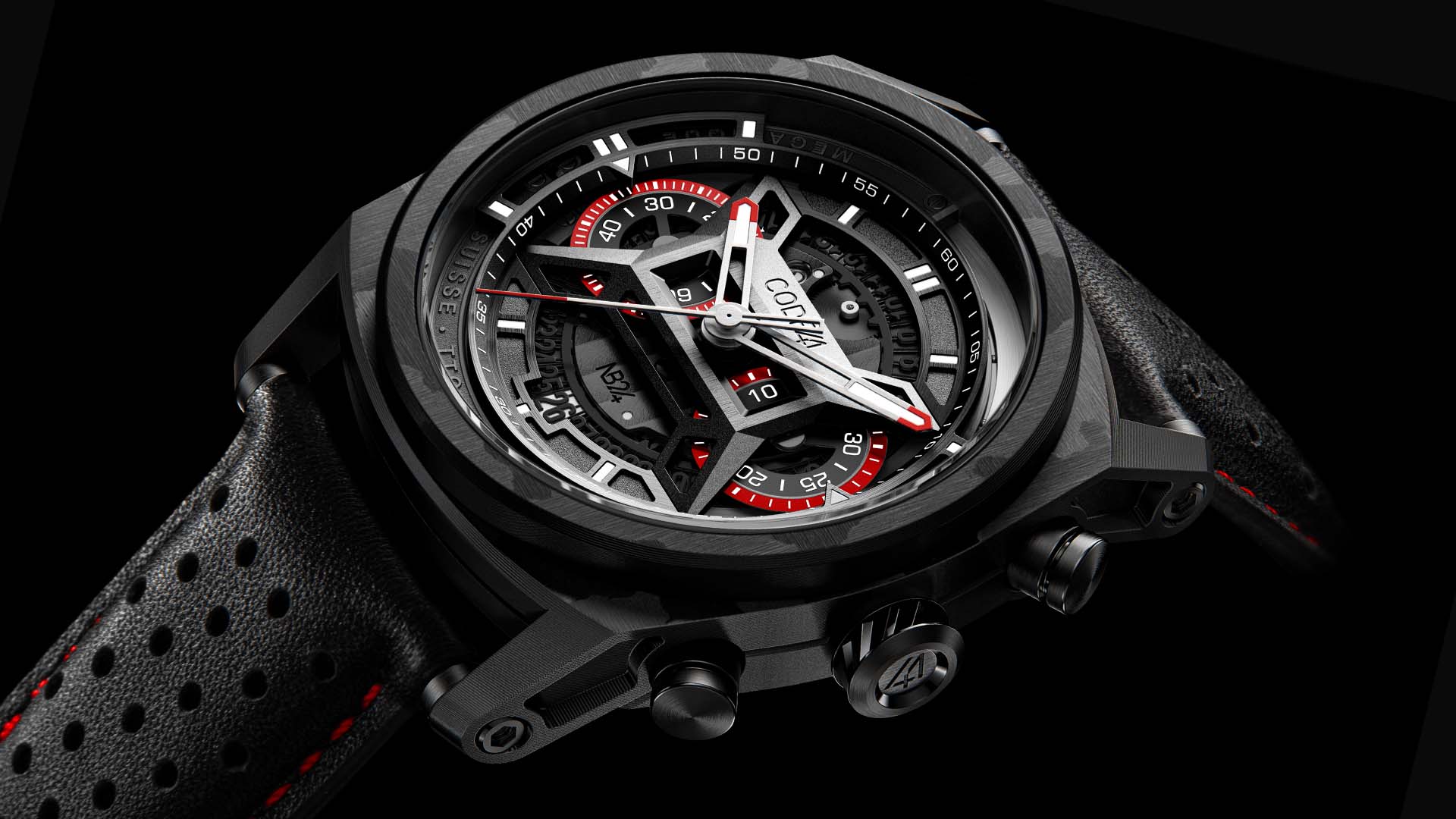 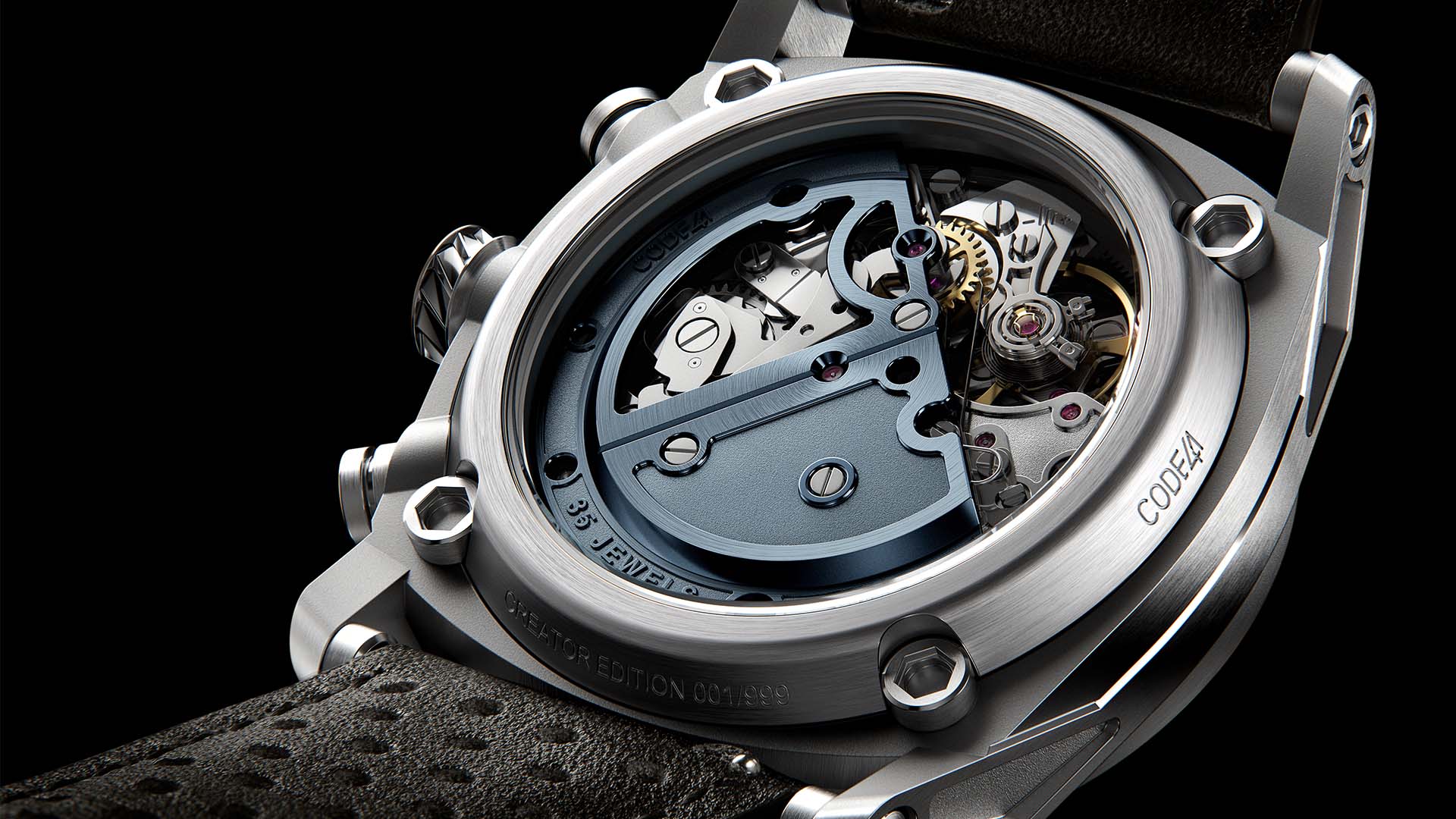 Originally launched in January 2020, the NB24 was watch with a difference – quite a few differences, in fact. First up was the movement modifications. In partnering with Concepto, Swiss watch makers who create exclusive calibres, it was able to skeletonise and re-engineer a legendary chronograph movement, the Valjoux 7750, to allow it to have a peripheral rotor dial-side; something only brands operating in very haute price brackets are able to achieve.

Then there was the extra Swissness. According to Swiss law, in order to have the words ‘Swiss made’ on the dial, 50% of the movement’s components in value, rather than quantity, and 60% of its production has to be generated in Switzerland. NB24 raised that to 85%, with only the mainspring and jewels not coming from Switzerland.

It also went one better than carbon fibre for the case and decided to use AeroCarbon, a high-density form of carbon fibre used in the aerospace industry, which is 2.5 times more resistant to bending than steel and two times lighter than titanium.

All these details, along with the watch’s amazing futuristic design, struck a chord with watch connoisseurs. 1,380 people leapt at the chance to own this affordable yet complex piece of watchmaking. 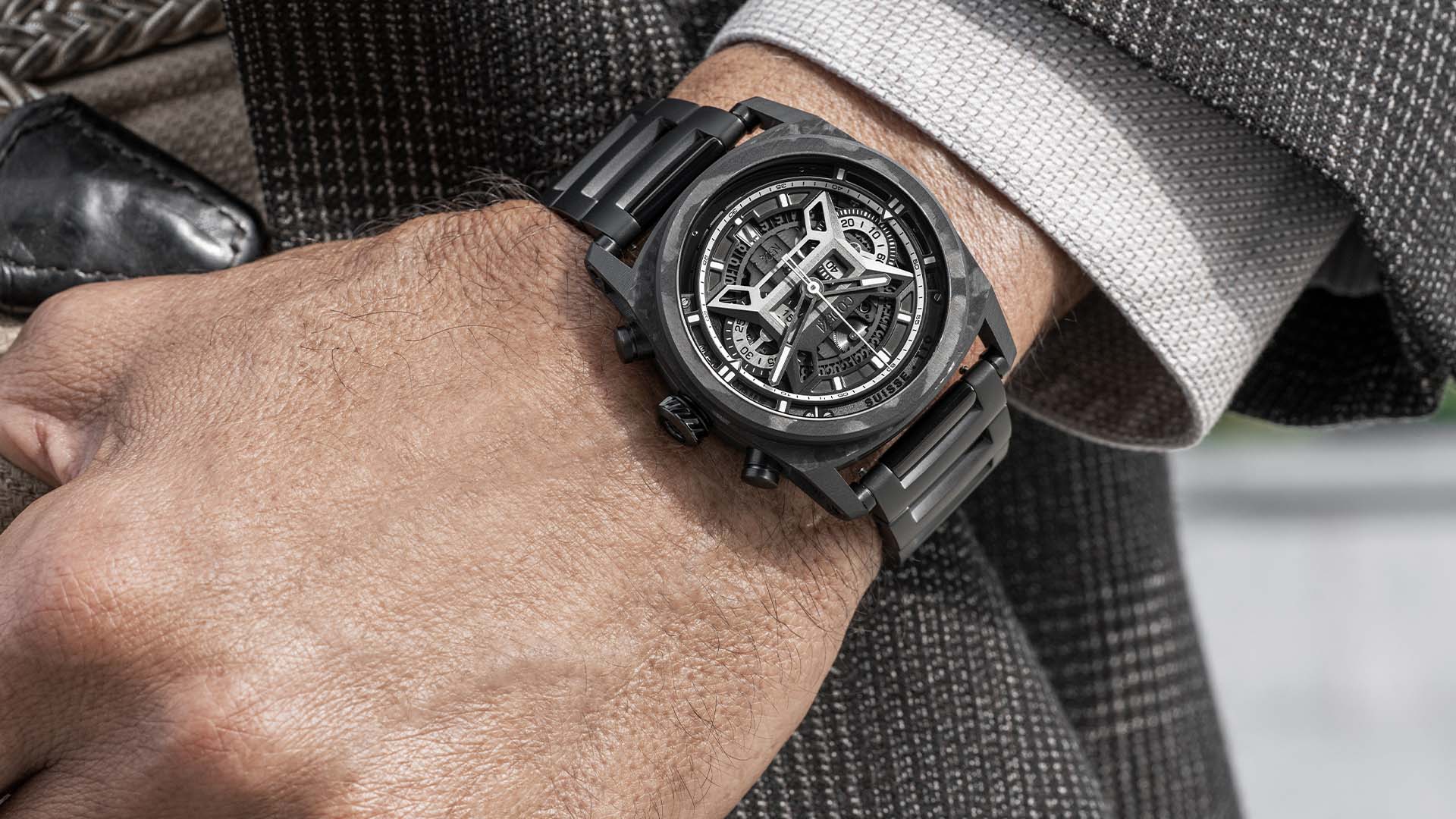 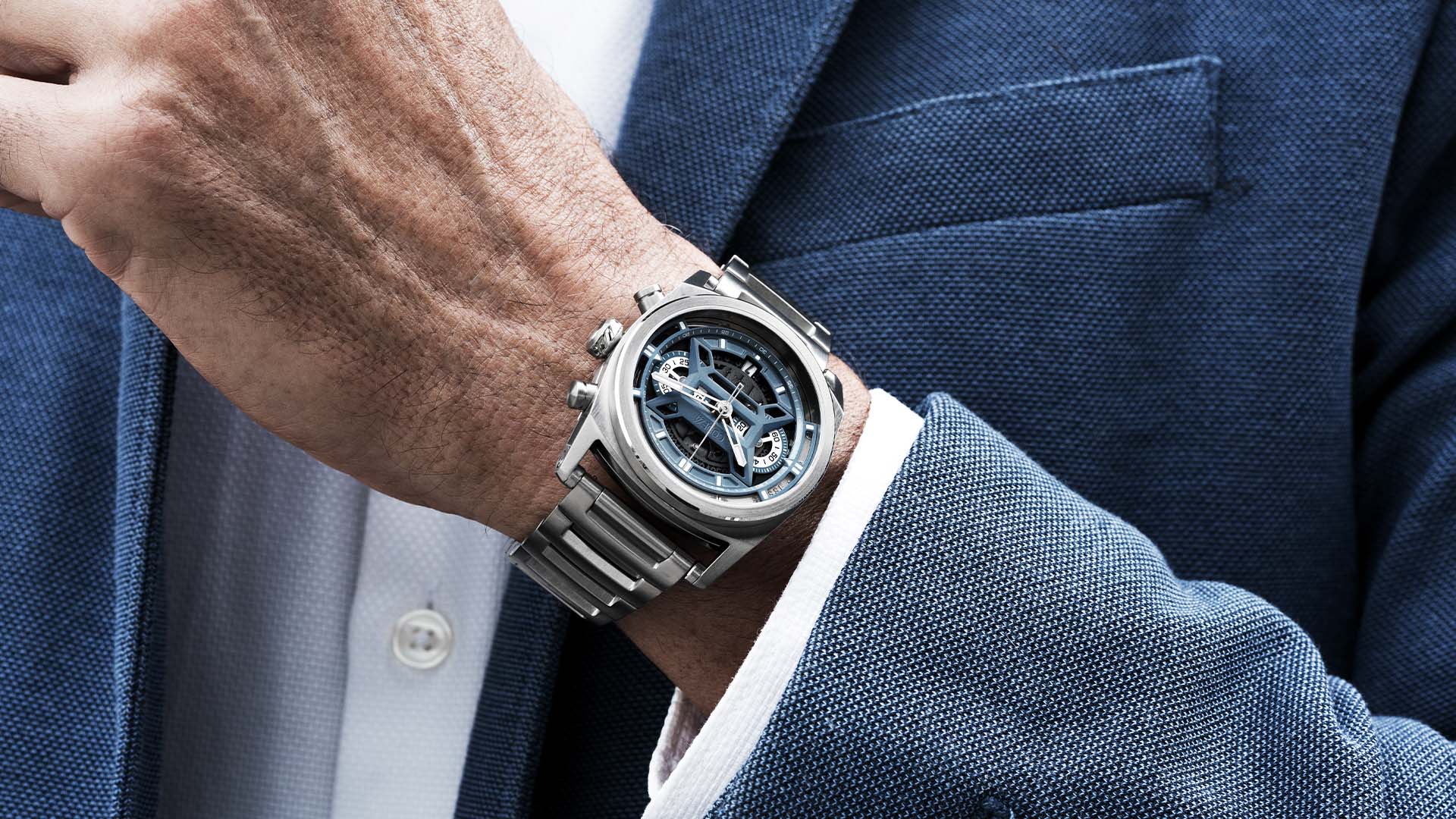 And it’s back for round two. On November 24, Code 41 announced that Edition 2 of the NB24 will be available for pre-order for just three weeks. Starting at £4,155 for an exceptional piece of horological craftsmanship, powered by one of the most renowned movements available, it’s too good an opportunity to miss.

The substantial 42mm case is available in either AeroCarbon or grade-5 titanium, which, thanks to the lightness of both these materials, means it won’t down weigh your wrist.  The strap options are either the sportier bracelet or rubber, or the more retro-infused leather. Colour pops come courtesy of some elements of the skeletonised dial being picked out in red, blue or a wonderful acid green, along with the chronograph counters positioned at 3 and 9 o’clock. The overall effect is of watch that has managed to marry watchmaking’s history with its future to create a design whose dial appeal definitely won’t diminish with time.

There’s just another two weeks to pre-order the NB24. We’d suggest making it a little pre-Christmas treat to oneself. And fast.