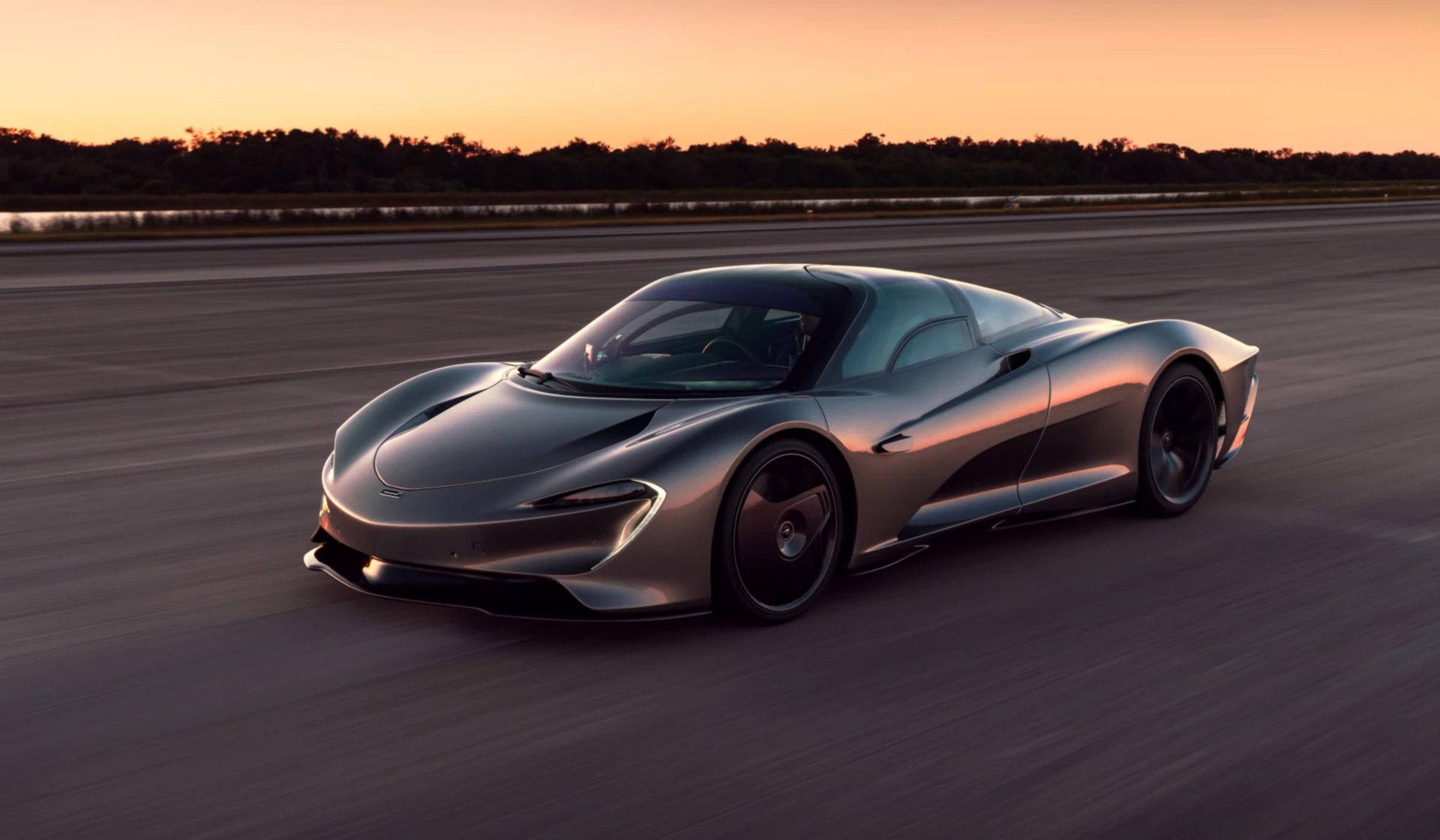 So you might think that the ultimate supercars are things like the Ferrari SF90 or Lamborghini Aventador, right? Flagship models from well-established names that cost hundreds of thousands of pounds. But you’d be wrong. Sitting atop this gold-class of supercar is an altogether more rarefied and, crucially, expensive class of limited-run hypercars that will cost you about the same as a terrace house in New York or London.

Here are the five coolest seven-figure supercars on sale right now, for when that lottery win finally comes in. 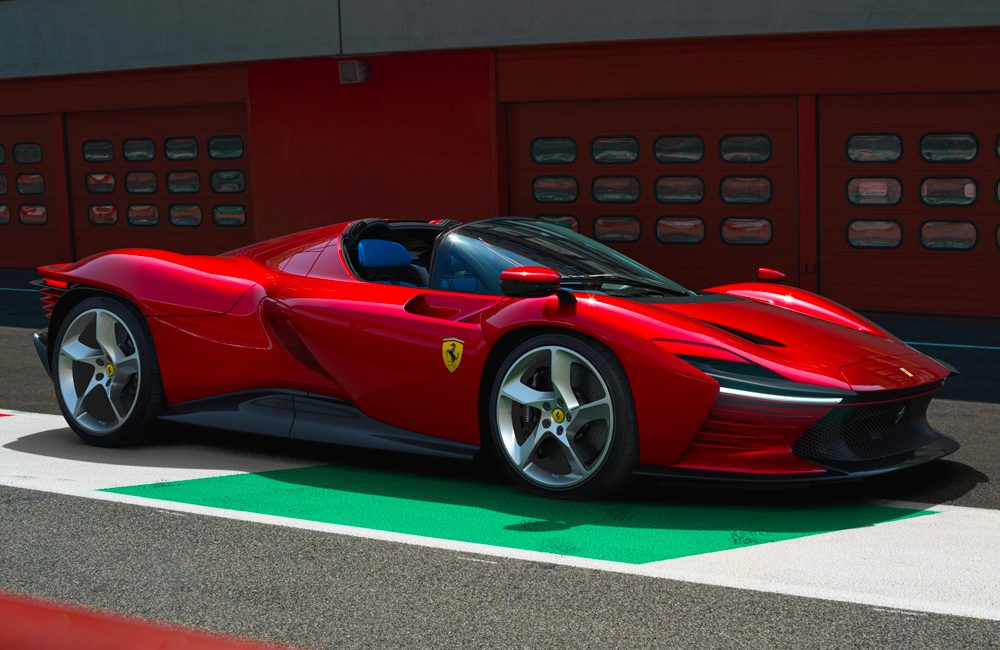 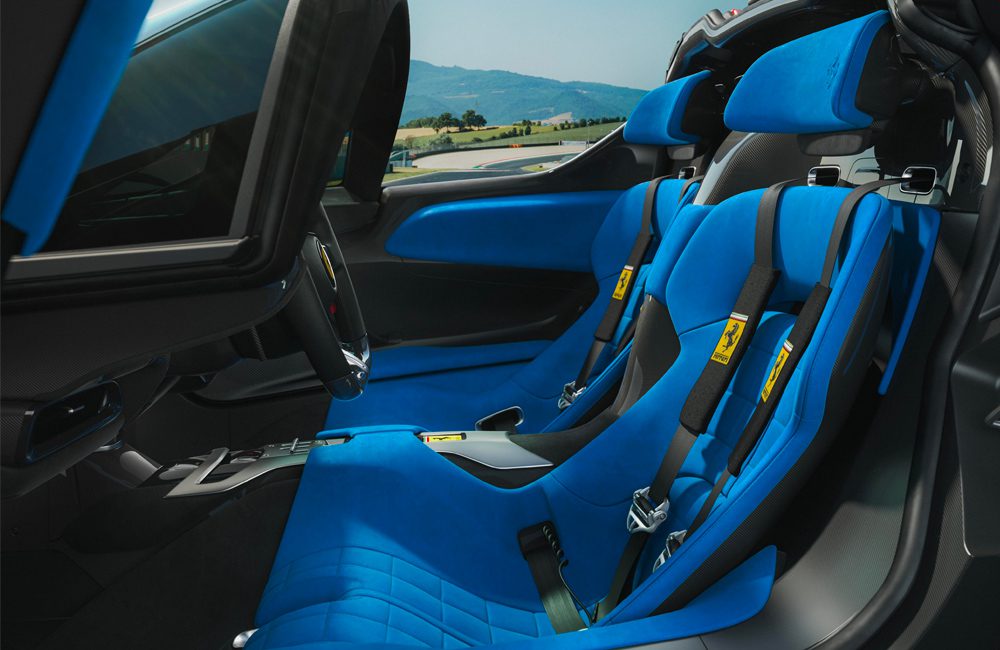 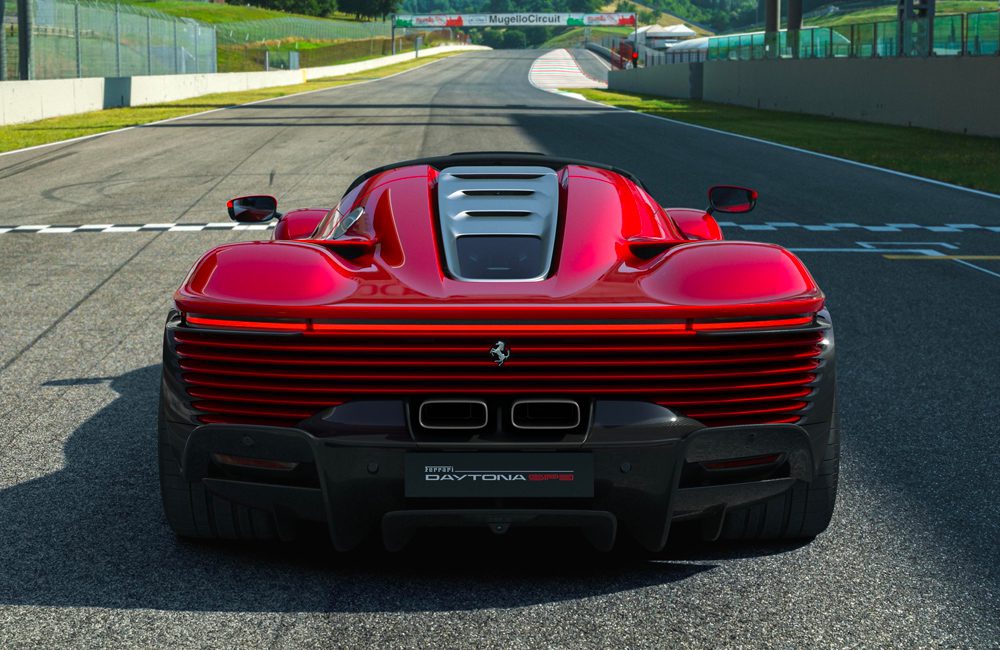 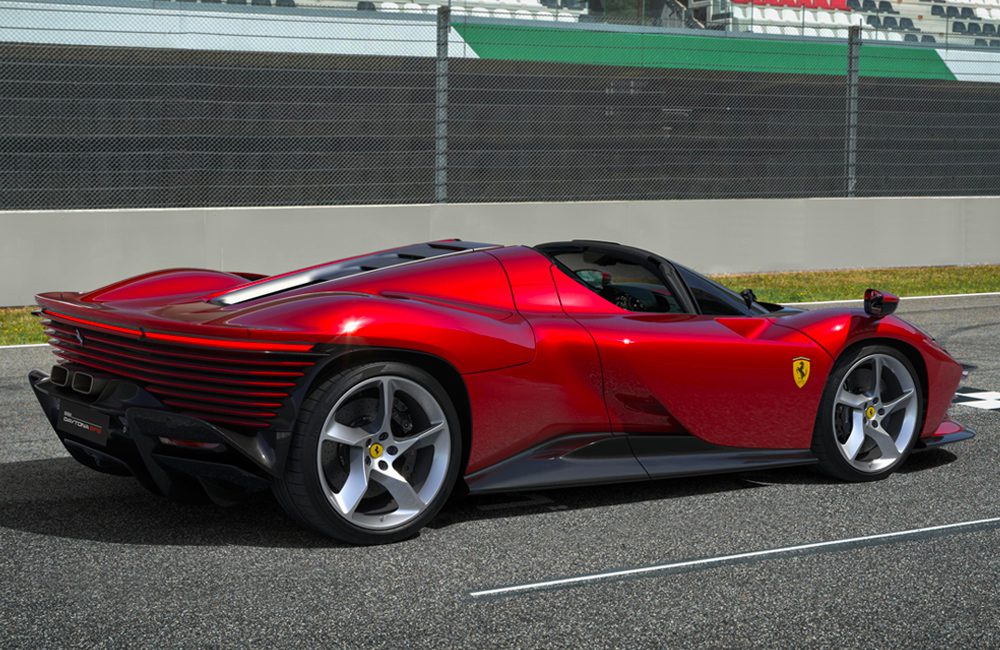 Ferrari’s Iconia series of specialised low-production supercars has seen its latest incarnation come in the form of the striking Daytona SP3: a mid-engined, V12 supercar loosely based on the LaFerrari, without the hybrid elements. Now if that sounds like nothing special, think again, as the combination of a naturally-aspirated 829bhp V12 engine sat in the middle of a car is almost unheard of in 2021, but for this you can thank its limited 599-model build, which skirts around emissions and safety regulations most new designs have to adhere to.

You can make your own mind up about the styling, but to these eyes the combination of super-sharp and contemporary detailing combined with throwbacks to Ferrari’s most iconic models (think the 512TR or 712 Can-AM) looks brilliant, and worth the seven-figure price tag Ferrari will charge for it.

How much does it cost, exactly? About £2m, not including local taxes – but the actual purchase will likely be the least expensive component of the buying experience, as to gain access to Ferrari’s top-tier specials like this you’ll have to already have purchased millions more pounds’ worth to get yourself an allocation. 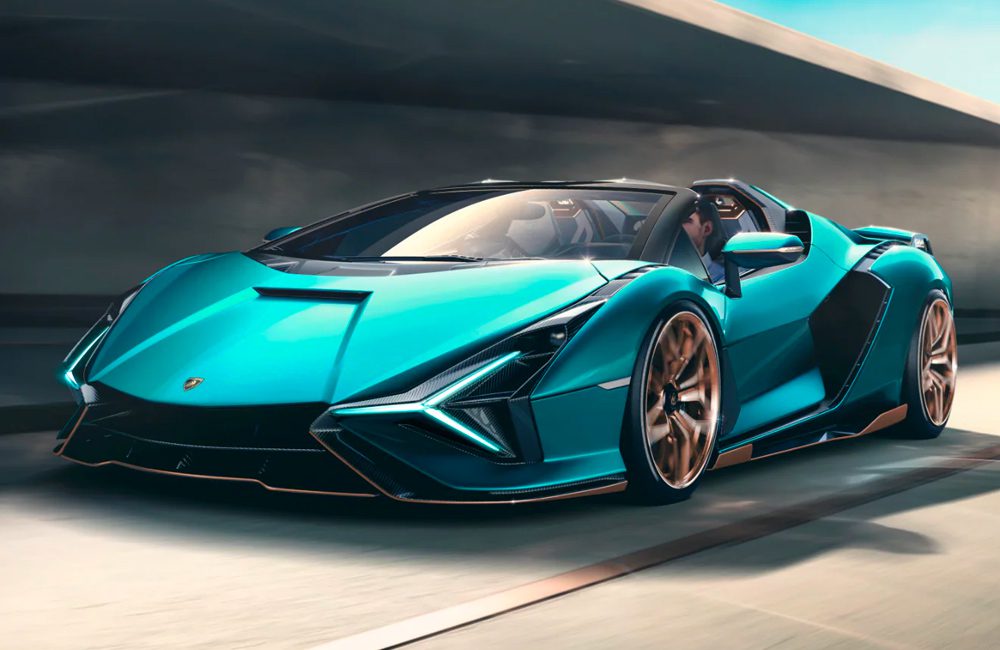 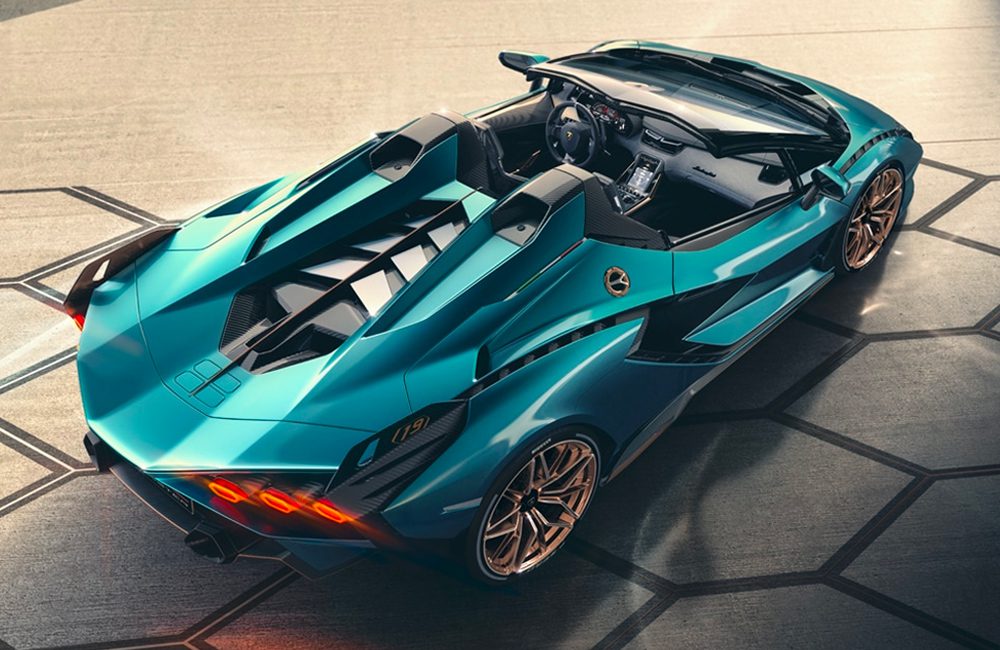 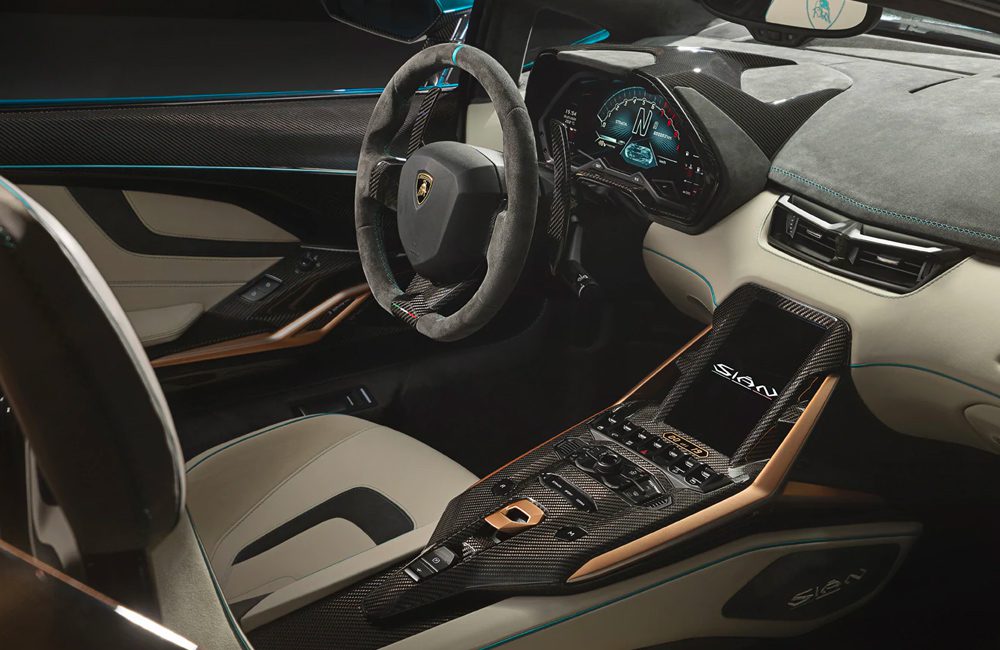 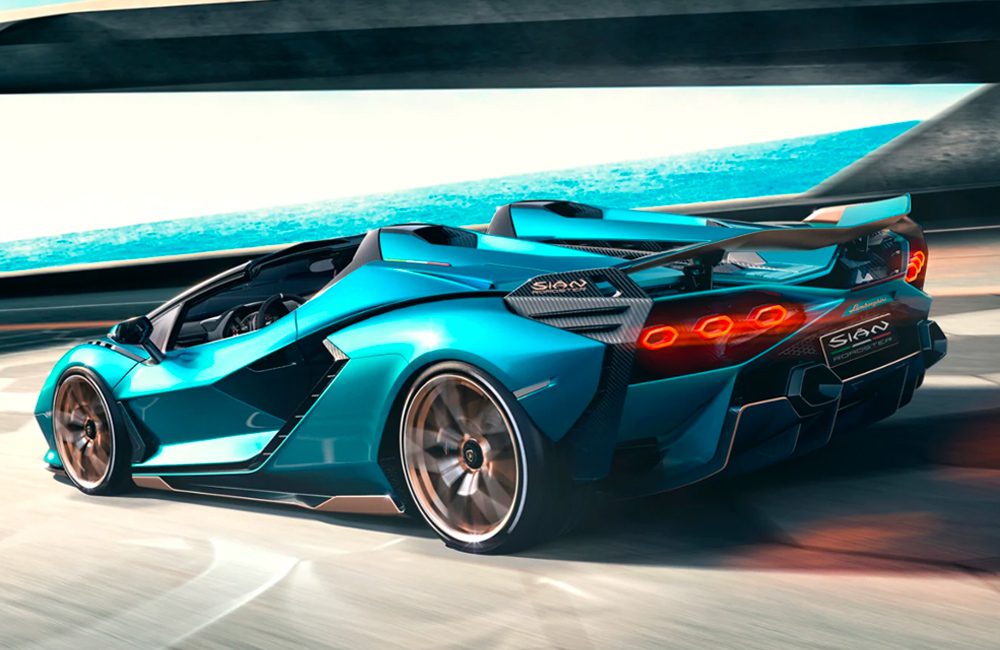 Much like the Ferrari above, Lamborghini’s Sian Roadster is a specialised model loosely based on an existing car that is pitched at its most affluent and discerning customers. As the name suggests, the Sian Roadster is the accompanying open-top version of the Sian Coupe, but as is so often with anything made with a carbon-fibre chassis, as this is, roadsters often offer no compromise to the driving experience, but come with the added benefit of being open to the elements.

The Sian Roadster shares its mild-hybrid V12 powertrain with the coupe and Lambo’s contentious new Countach, pairing a 6.5-litre V12 with a small electric motor and supercapacitor in lieu of a traditional lithium ion battery pack.

It’s also four-wheel drive, but before you get too excited about its ‘supercar of the future’ powertrain there is an old-school single-clutch automated manual transmission to contend with. Still, at about £2.6m not including local taxes, it’s nice to know you’re in possession of the very latest technology, just ignore the ‘box. 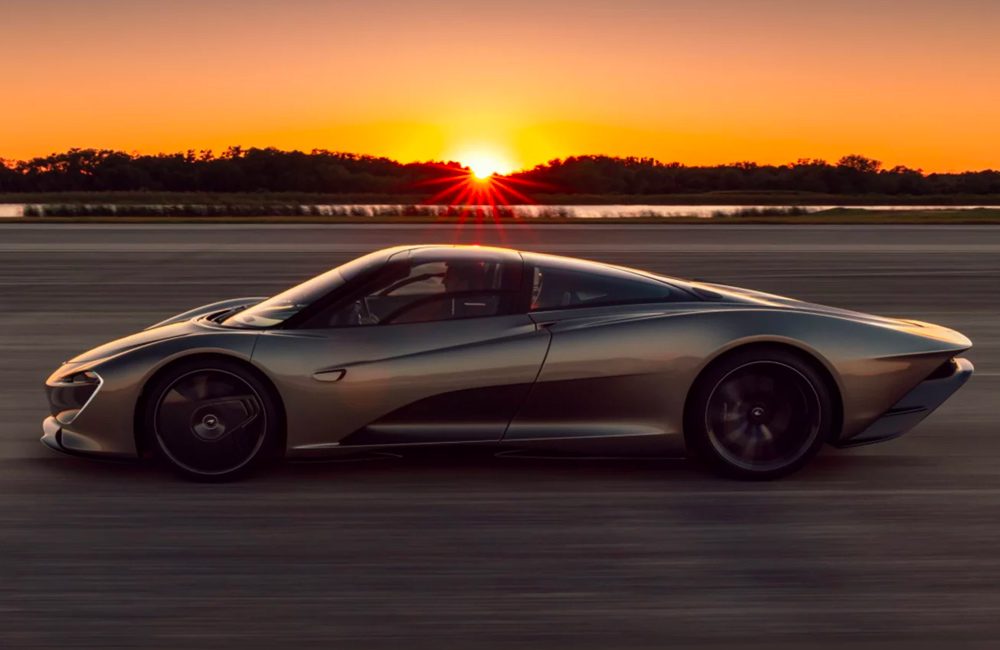 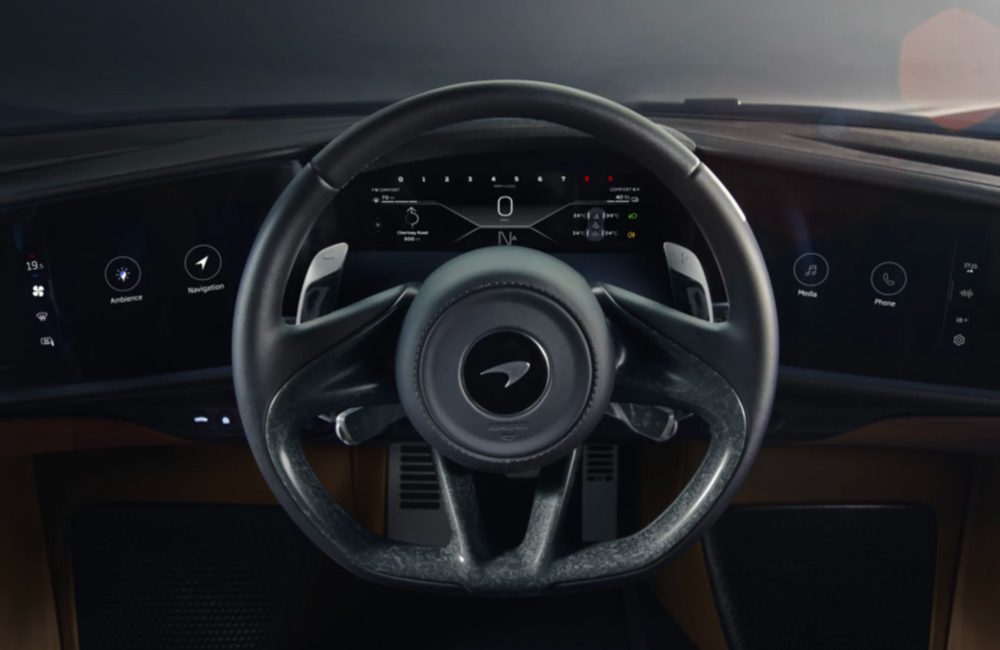 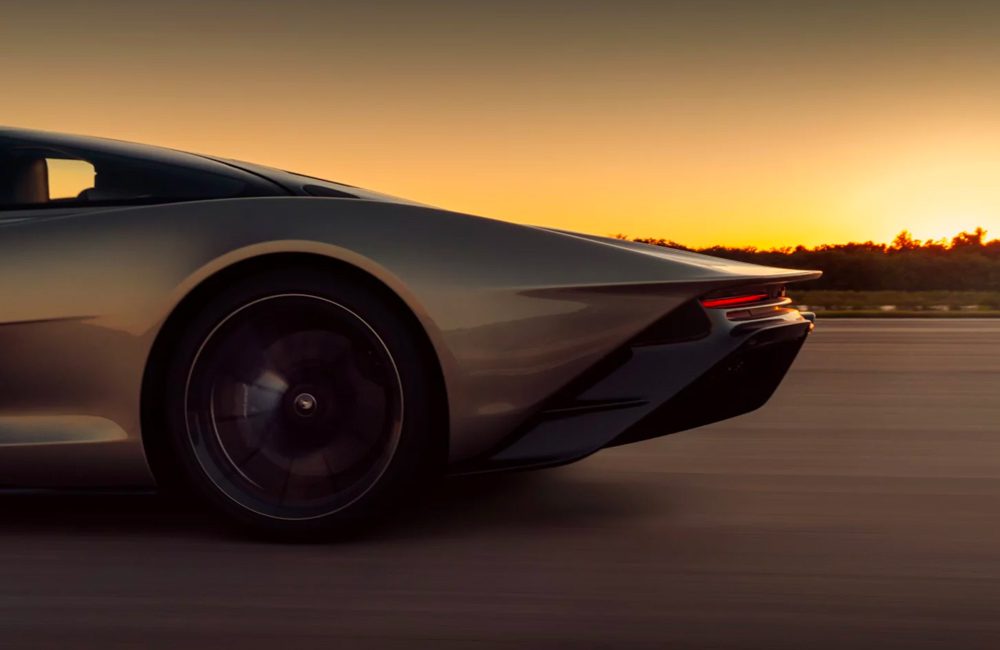 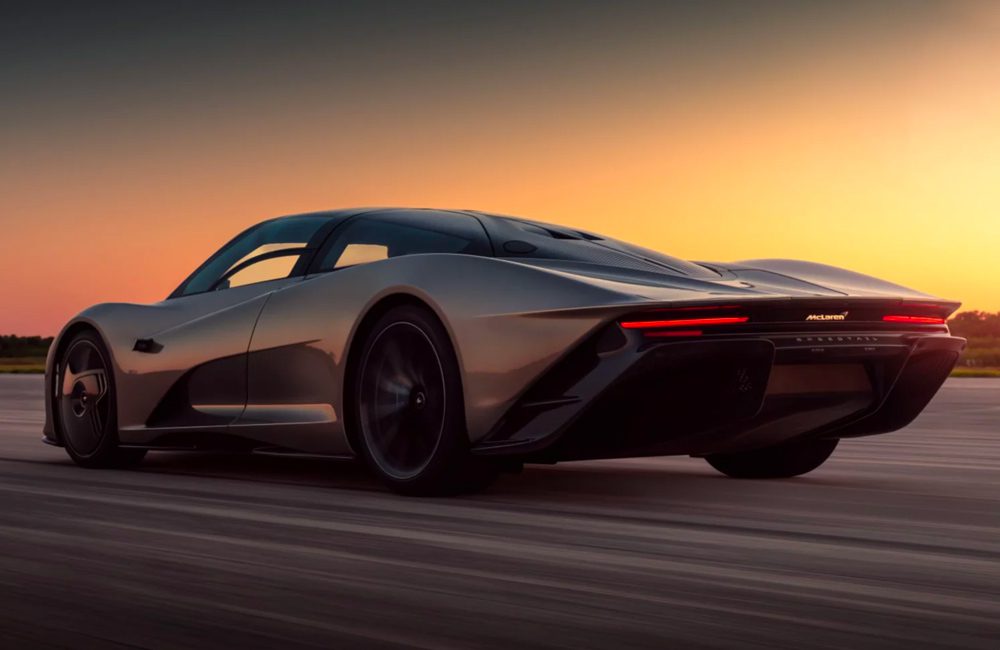 If there’s any car on this list that looks like it’s worth over a million it’s without doubt the quite stunning Speedtail. Built as one of McLaren’s Ultimate Series hypercars, each often has their own theme running through their development. In this case, as the Speedtail’s name suggests, it’s all about top speed, which is rated at an amazing 250mph, or 403km/h.

To reach that velocity, McLaren has hybridised its turbocharged V8 engine, which now produces a total of 1036bhp, and put it in a streamlined body that’s set up to be slippery while maintaining stability at those incredible speeds.

A highlight is its integrated aerofoils: little flaps that are cut into the rear clamshell which adjust at speed to help maintain total control. At £2.1m, the Speedtail is the most expensive Ultimate Series McLaren made so far but – with those looks and that capability – it’s worth every penny. 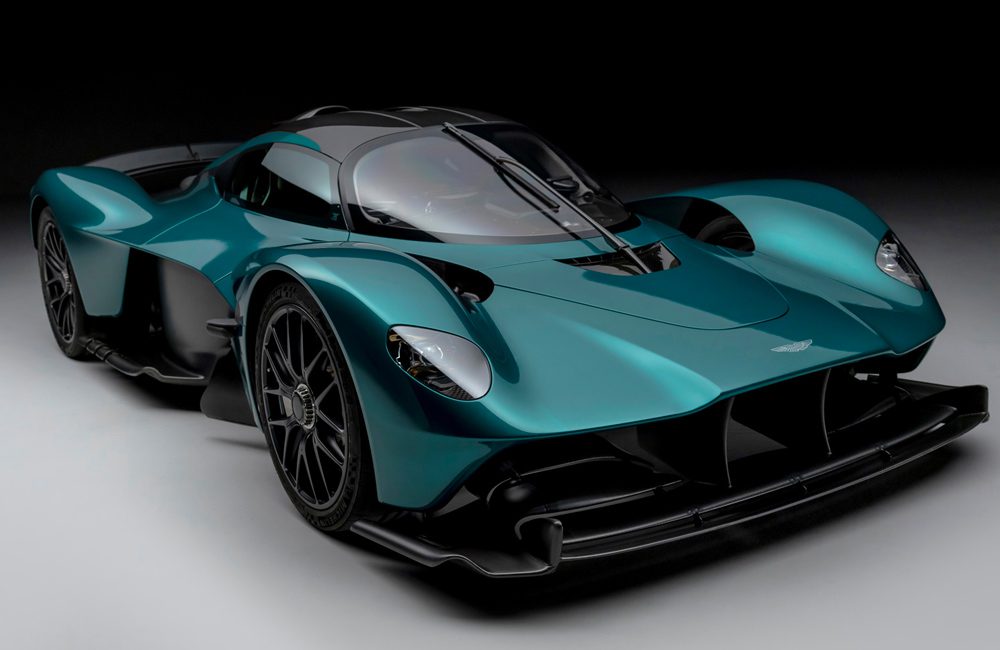 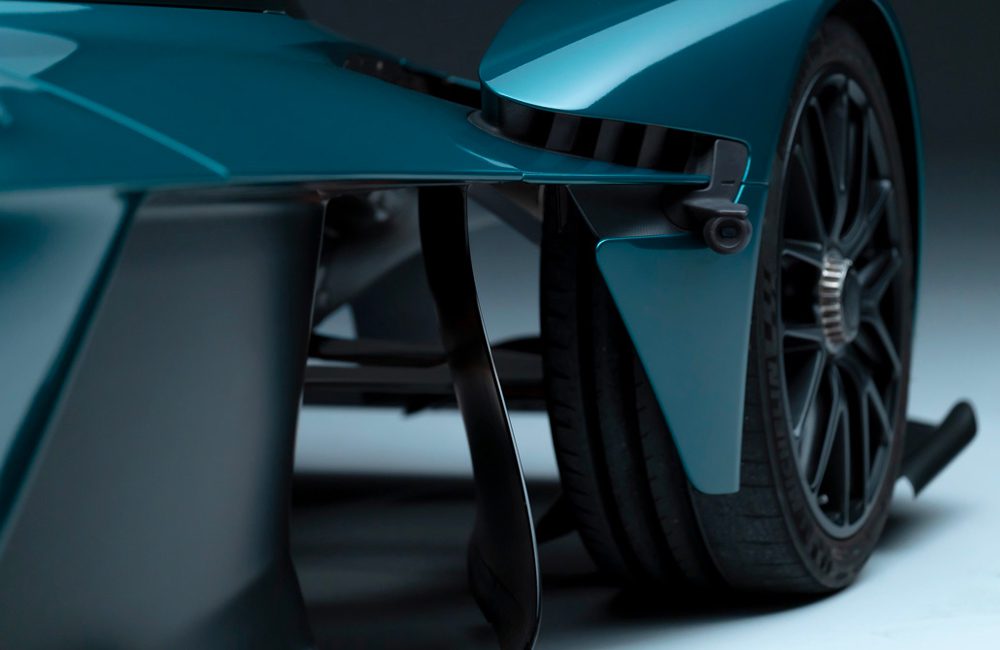 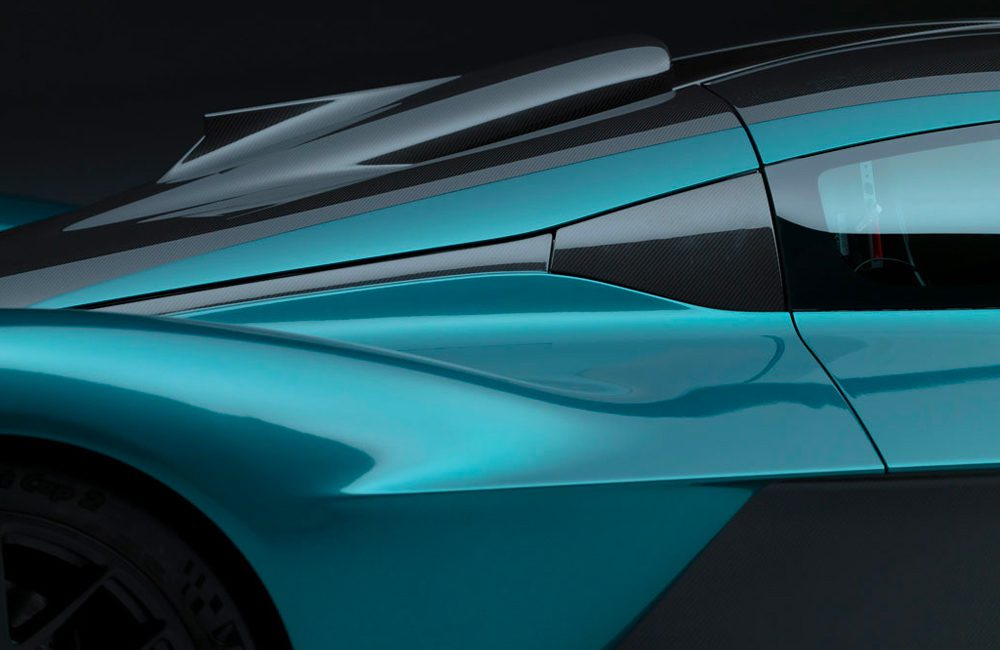 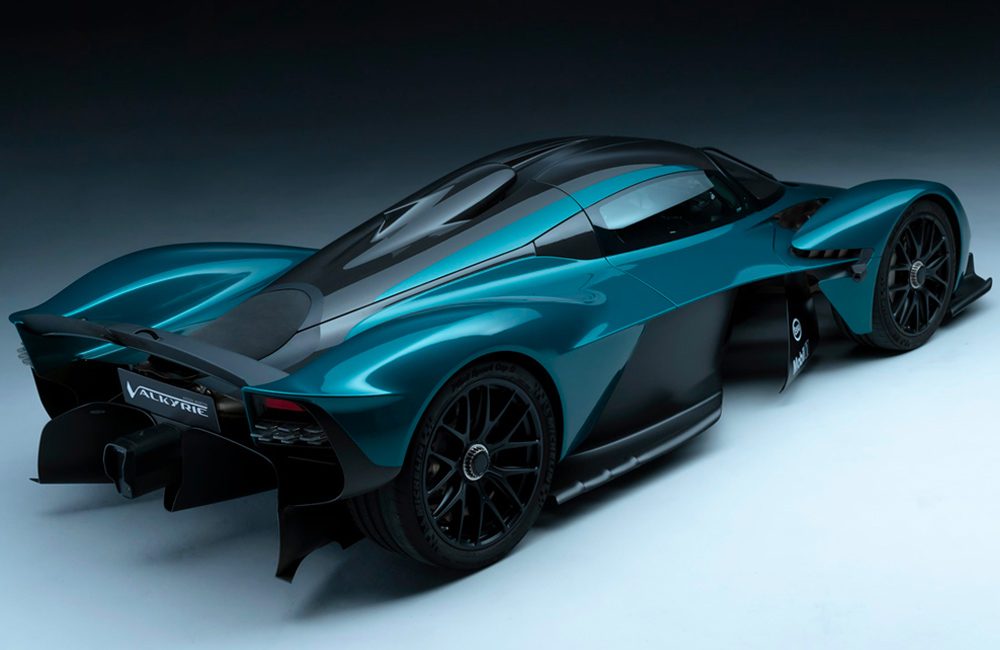 The Aston Martin Valkyrie might have had a long-winded and somewhat problematic birth (it’s about two years late), but for anyone with petrol running through their veins it’ll be worth the wait, because it is quite simply like nothing else on the road. Developed in conjunction between Aston Martin and Red Bull Racing, the Valkyrie is about as close as you could get to an F1/Le Mans endurance racer hybrid, while also having number plates attached.

Powered by a highly-strung V12 engine, this isn’t merely a race engine that’s been de-tuned to keep maintenance down, but has been designed specifically for the Valkyrie by engine-builders Cosworth to be the perfect sidekick to its amazing chassis.

All the Coupe models have been sold so far for a price between £2-3m, but with so much pedigree and the best minds in racing responsible for its design, it’s doubtful they’ll ever be any less expensive than brand new. 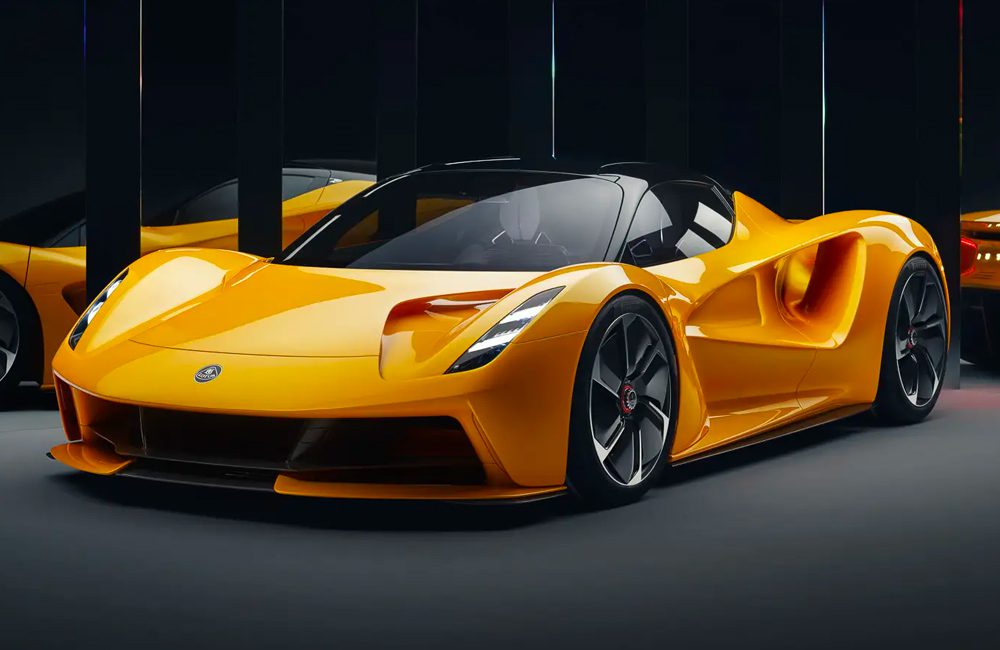 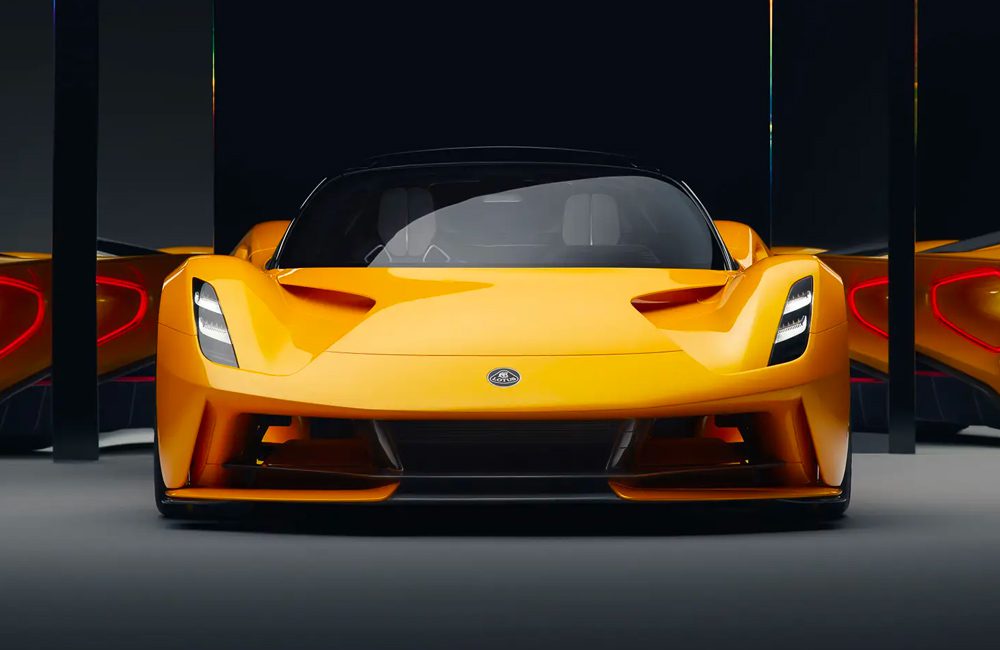 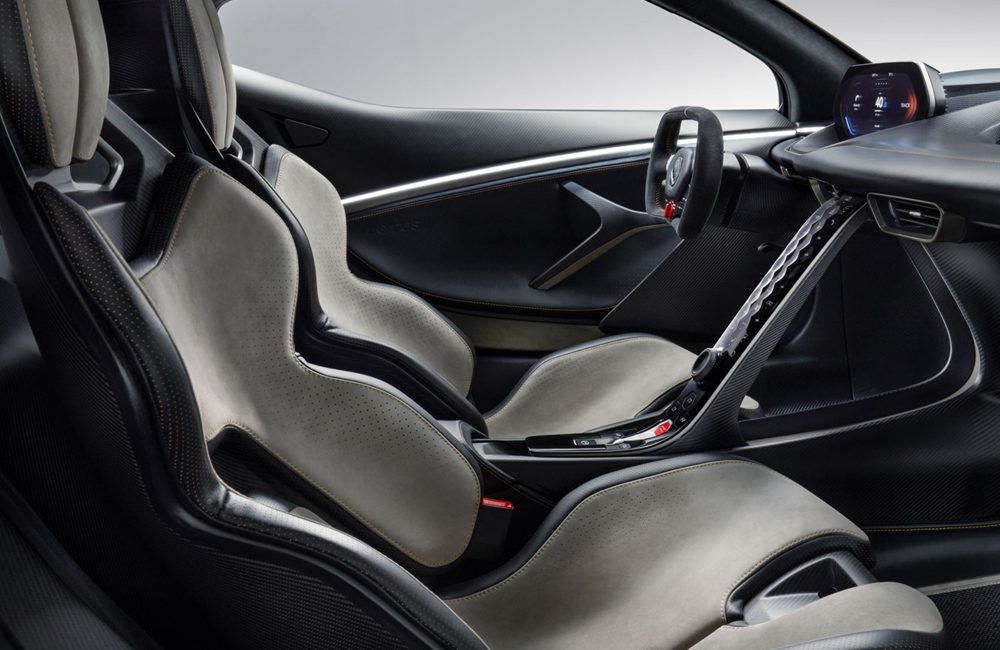 The Lotus Evija is the only electric hypercar on our list. Reason being is because it’s not just another electric hypercar with 2000bhp (trust us, there are plenty), but represents the rebirth of one of the biggest names in sports cars: Lotus. This planned renaissance has some substantial backing too, with Geely now in majority control of the Lotus Group and the company funding this reboot back into relevance.

For your £1.7m, the Lotus Evija’s 1,973bhp is actually the highest figure within this group, and with just 130 units planned to be built it is also the rarest. But unlike the combustion-engined alternatives on this list, without an accompanying soundtrack to go with it the Evija has a steep hill to climb to reach the heights of its rivals.