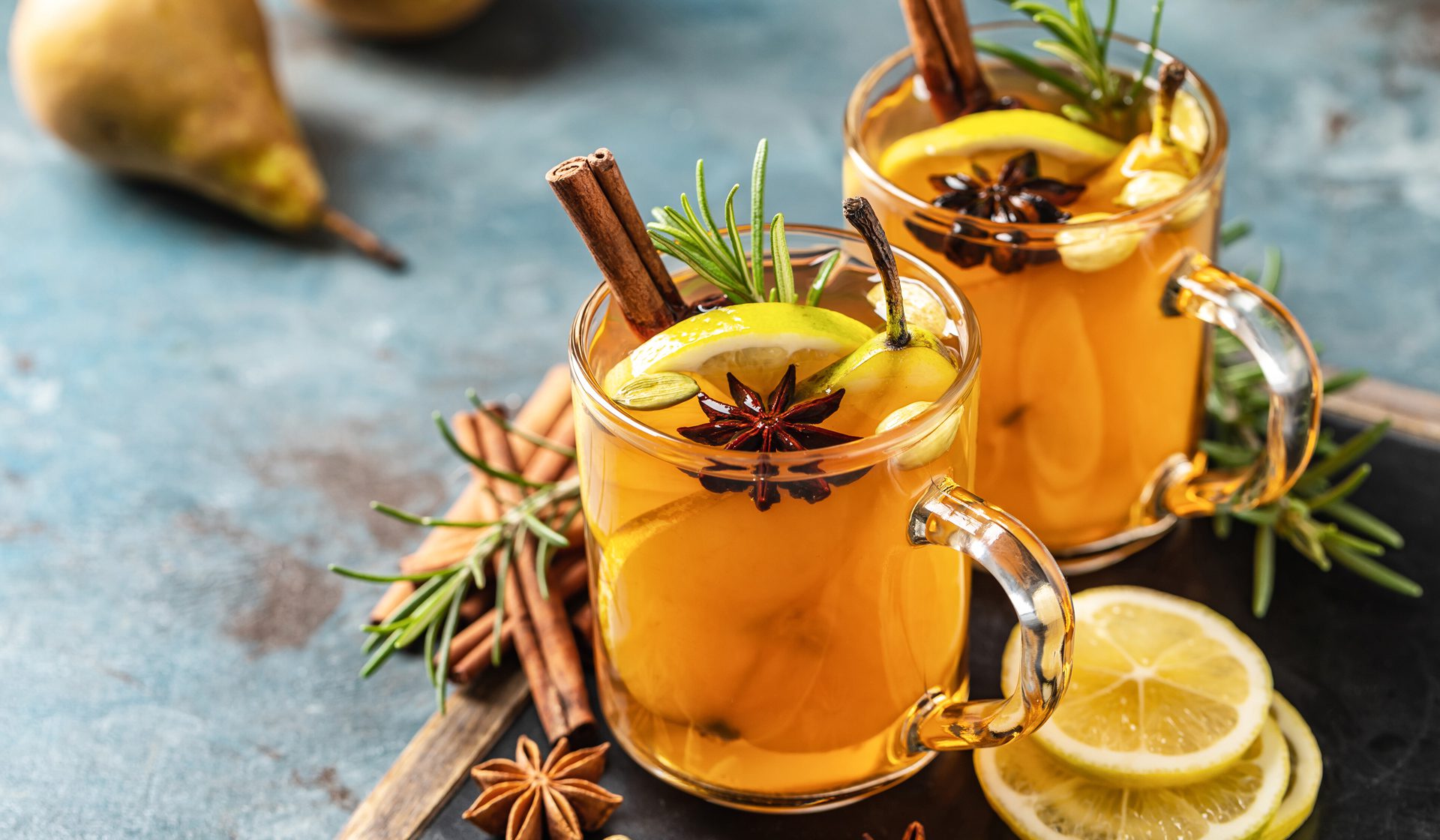 Christmas is coming and the proverbial goose is getting fat. As November evolves into December the focus naturally turns towards the festive party season and what to drink. Need something to add spice to the office party, jazz up New Year’s Eve celebrations or warm up the carol singers? We have some Christmas drinks suggestions for you to try at home. 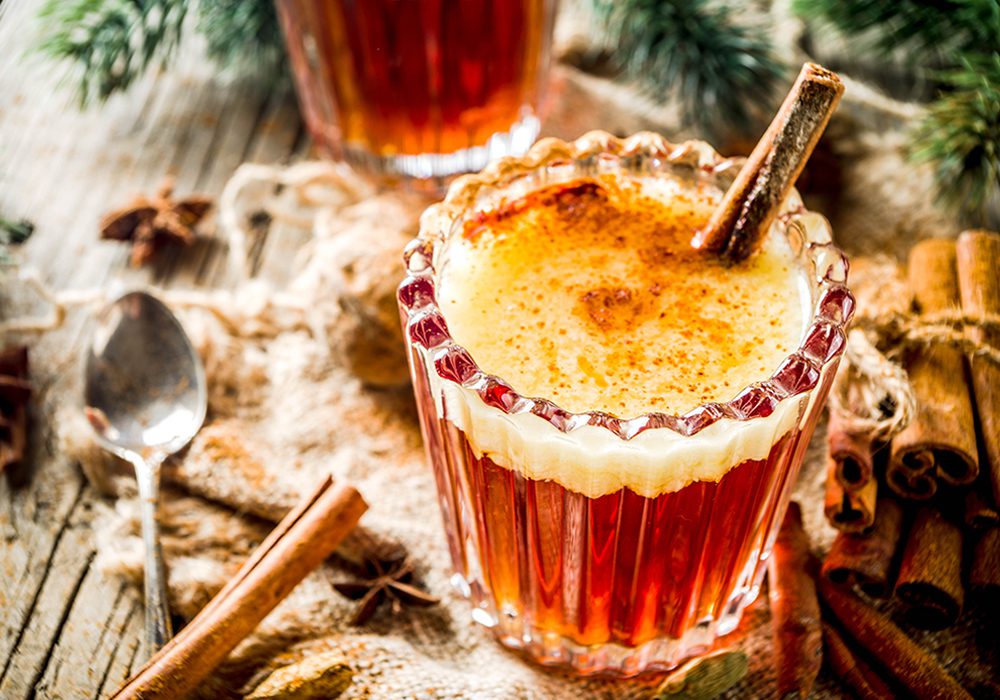 We kick off with this true winter warmer. This fabulous yet simple drink has American roots, with rum from the Caribbean colonies originally used. It was first recorded over 150 years ago in a mid-19th century book by bartender Jerry Thomas called How To Mix Drinks.

Any rum can be used, and this is heated up with a good quantity of butter and hot water (or cider, if you’re feeling particularly ‘festive’). Pimp it up further with a selection of spices such as all-spice, cinnamon, nutmeg, star anise and cloves. 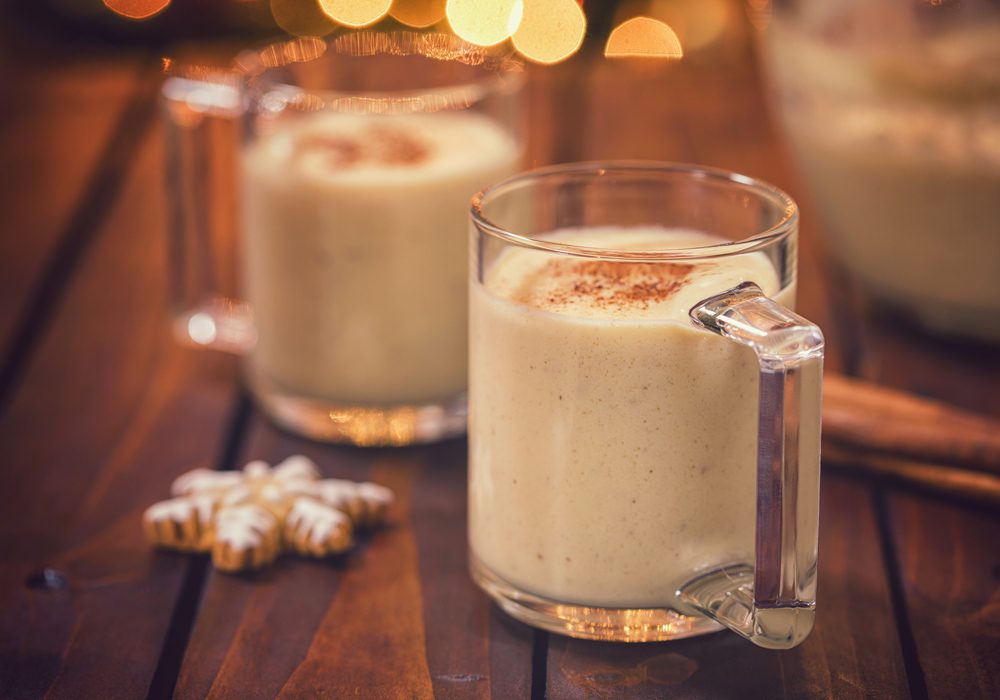 A classic drink that is synonymous with Christmas and particularly popular in North America. Theories about its origins are debated and range from a Scottish egg drink served with nugg (a warmed ale) to egg-n-grog, a drink developed by American colonists and made from eggs and rum, which was known as grog in the 1700s.

Today the popular drink can be consumed warm or chilled and is made by mixing eggs, sugar, cream, milk, rum and a good grate of nutmeg. If you do not have any rum, then a decent brandy or whisky can be used. 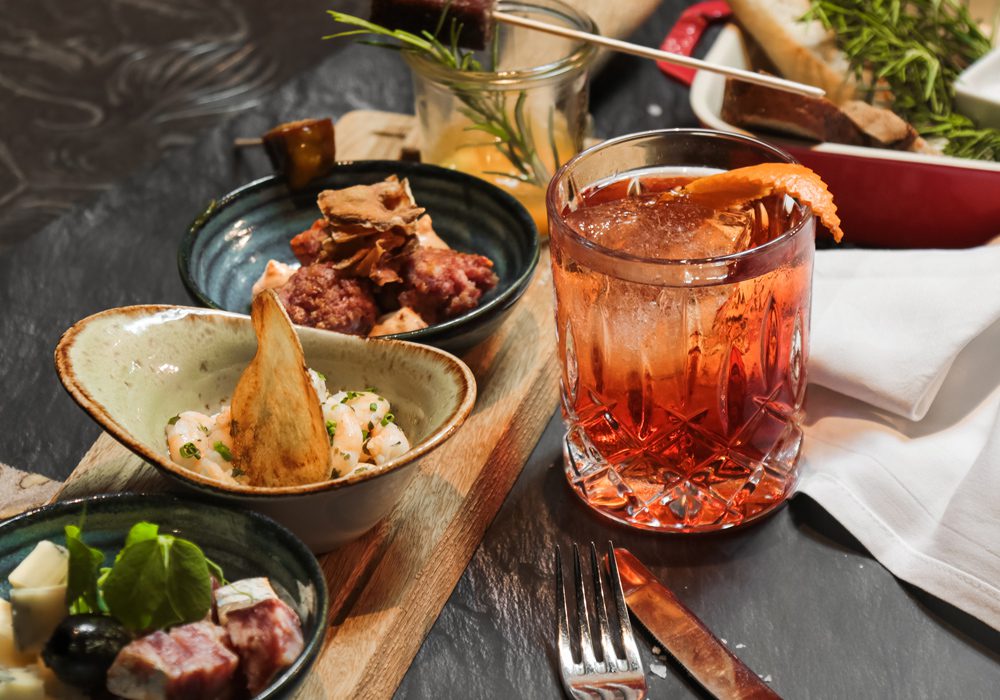 The Negroni – a marriage of gin, bitters and red vermouth – is regarded as one of the world’s great cocktails. The trio of ingredients work superbly well together, but this can be adapted for a festive drink that packs a punch.

Simply replace the gin with a spiced or Christmas pudding gin or gin liqueur (there are several brands making this). Then stir equal parts of your gin of choice, Campari (or a similar bitters) and red vermouth with ice and serve with a slice of dried orange and a bay leaf. Delicious, spicy and decadent. 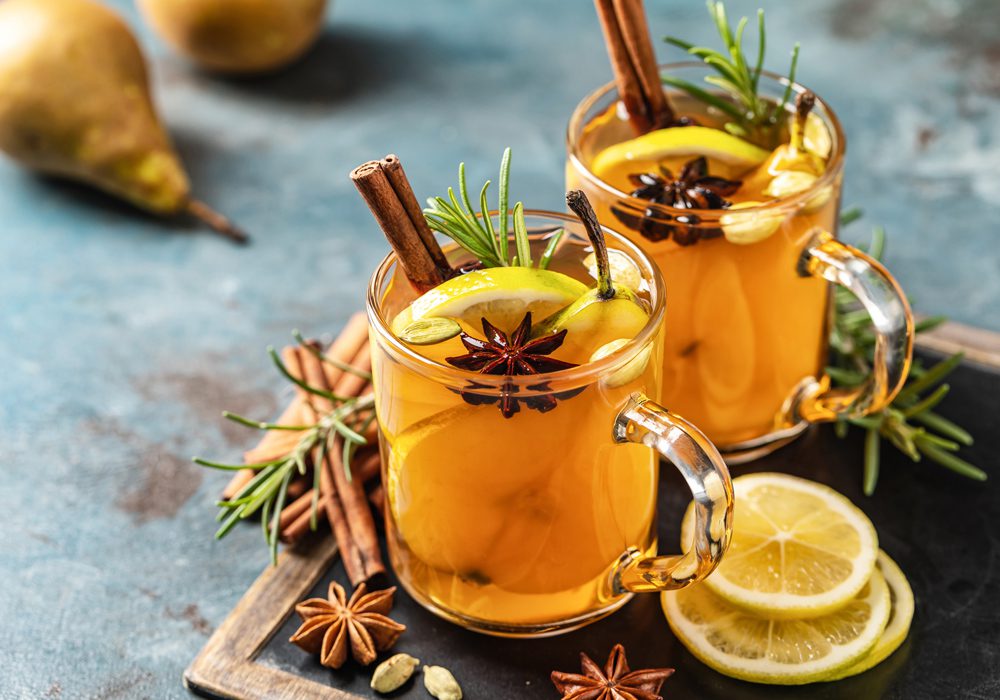 Not just a cold and flu remedy, but one of the iconic whisky cocktails for winter and the festive period. Toddies were all the rage amongst the mid-Victorian British gentry and was how most drank their whisky. The name has colonial origins as ‘toddy’ is a fermented Indian drink made from palm sap.

To make yours, simply combine blended Scotch, a blob of honey and squeeze of lemon and top up with boiling water in a mug or toddy glass if you have one. Add extra festive flavours with cloves, cinnamon sticks and fresh ginger. 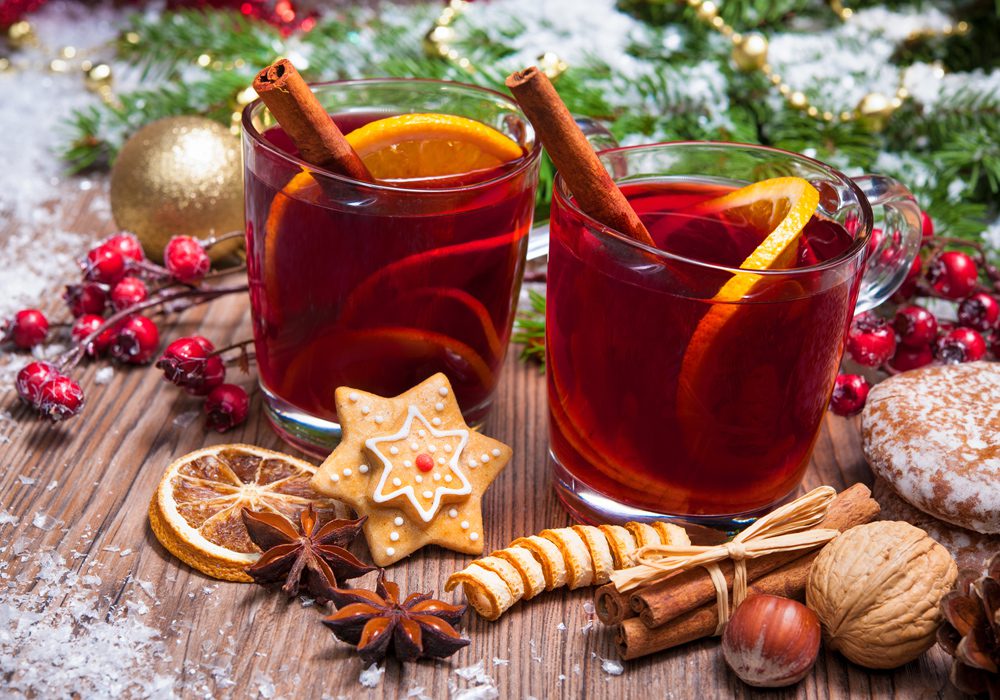 This timeless classic gives you an instant hit of Christmas. Imagine walking into a pub on a cold winter’s day with the smell of mulled wine filling the air. Mulling is an old English term meaning to heat wine or beer, but similar drinks exist elsewhere – glögg in Scandanavia and glühwein in Germany for example.

Important tips to remember for the best results: only use wine that you would want to drink (so often it is made badly with cheap plonk); use fresh spices; and make sure to keep it at a gentle simmer rather than boiling. 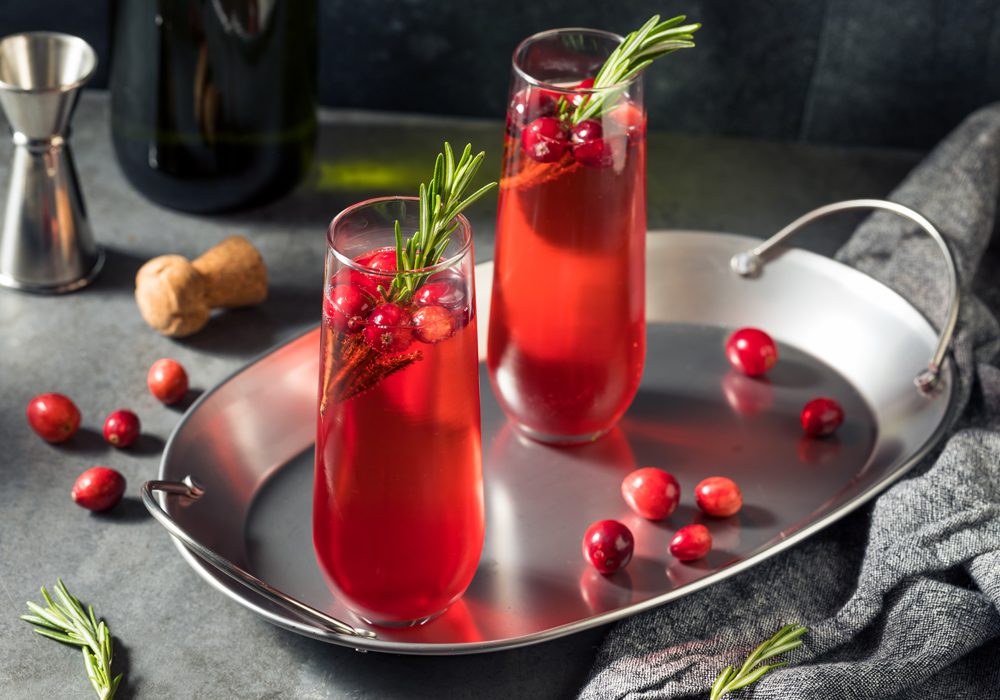 An elegant and classy cocktail that will make the perfect welcome drink to any festive gathering at your house. Named after the popular Christmas plant, this drink mirrors its red and green foliage.

Make sure your glass has been chilled in the freezer (a flute, coupe or martini glass is best) then half fill with cranberry juice, plus a splash of triple sec (Cointreau is the most famous example of this). Pour in Champagne or any sparkling white wine to give a lovely effervescence.

Garnish with a fresh bay leaf or sprig of rosemary. Perfection. 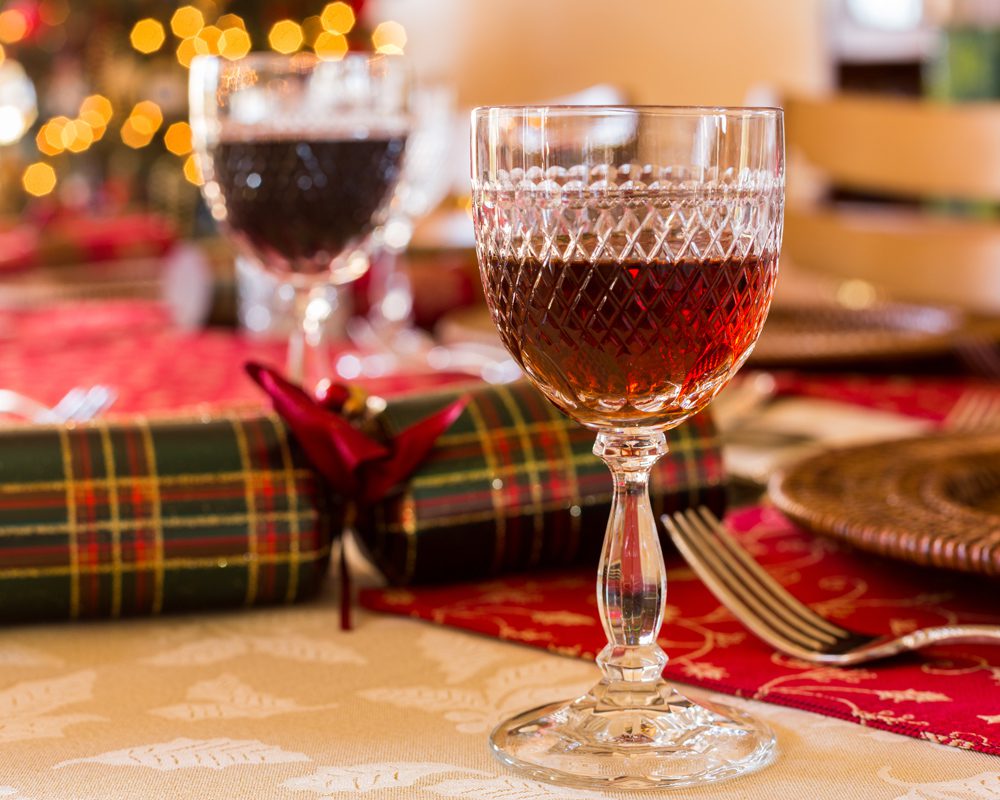 Few drinks evoke memories of Christmas like sherry does. Be it the glass left out for Santa when you were a child or sharing a sip with grandma on Christmas afternoon when older, this Spanish fortified wine is a winner.

Most will think of sweet cream sherry but there are other varieties that are well worth exploring. Maybe try some nutty Oloroso, rich and sweet Pedro Ximenez or rare and elusive Palo Cortado? Most work well with cheese, chocolate and other festive treats. So pour a glass, grab a mince pie, put your feet up and enjoy. 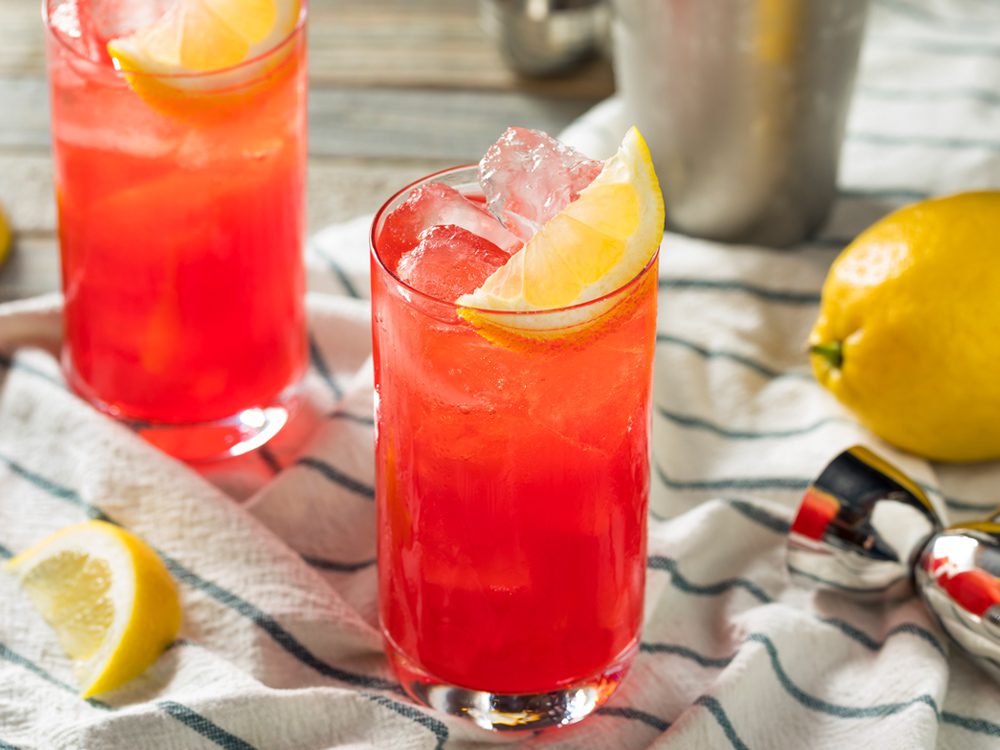 Sloe gin is making something of a comeback and is a British classic traditionally made each autumn with sloe berries picked from the hedgerow and macerated in gin. This uplifting cocktail is believed to have been invented in America in the early 20th century when bartenders discovered this deliciously tart style of gin.

Simply shake sloe gin, lemon juice and sugar syrup with ice and then strain into a glass. Top up with Champagne (or Prosecco for a budget option). This vibrant pink offering is certain to impress your friends. 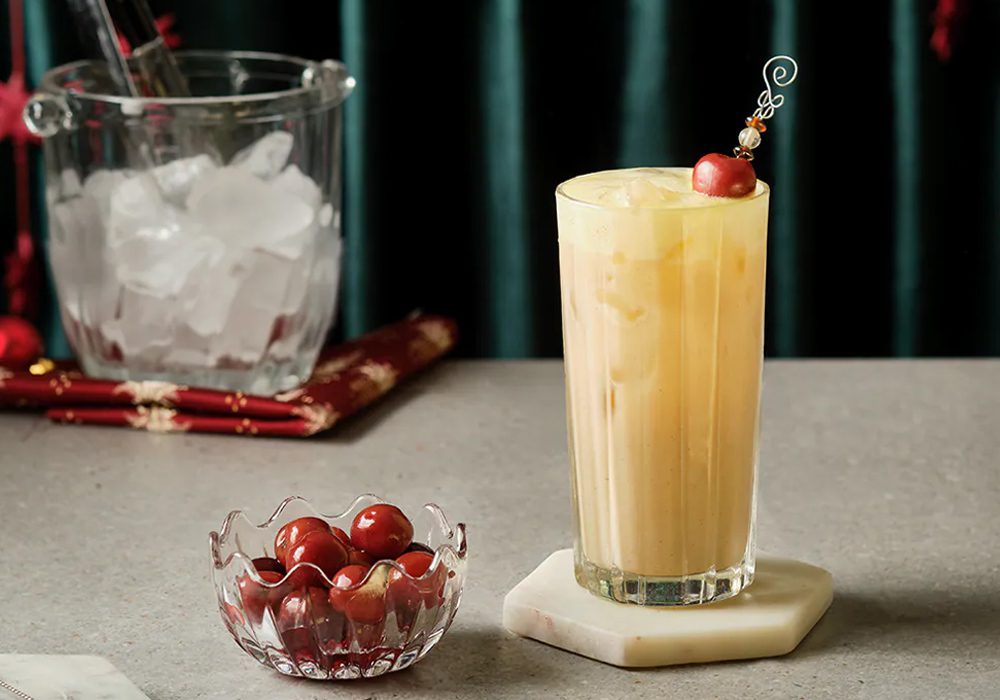 Time to go retro with the underrated Snowball. This largely forgotten cocktail had its heyday in the 1970s and 80s but always seems to resurface at this time of year.

It is so simple to make: fill a tall highball-style glass with ice and half fill with lemonade and freshly-squeezed lime juice. Then top up with advocaat – a Dutch liqueur made from egg, brandy, sugar and vanilla – and gently stir so as not to lose the lemonade’s bubbles.

For a true retro feel, garnish with a maraschino cherry and stick on some of those classic old Christmas tunes. 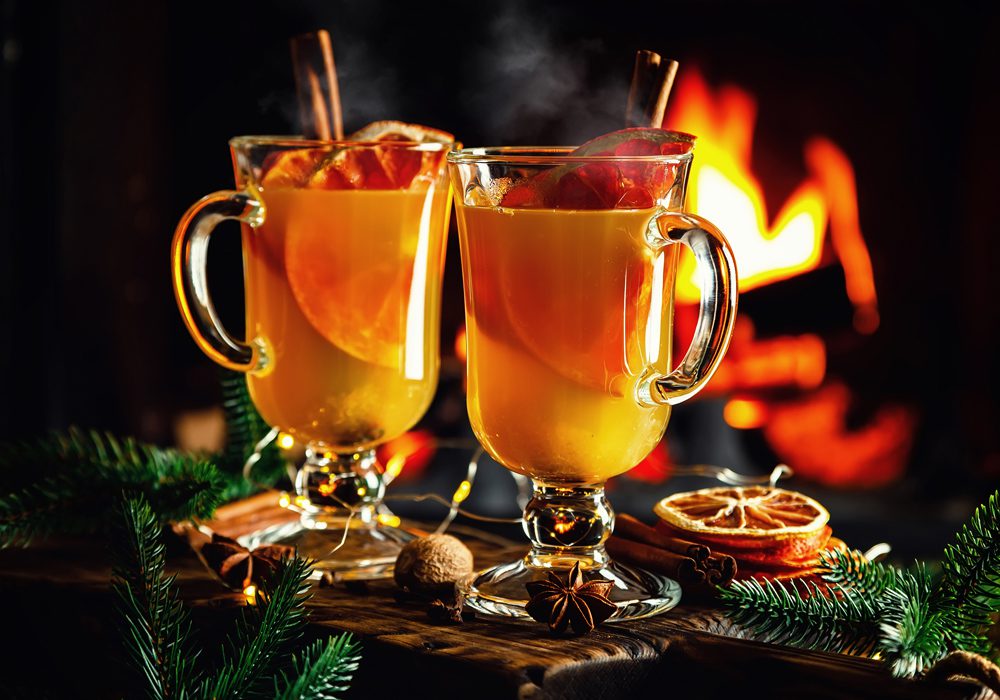 If you get bored of mulled wine as we approach the Big Day, then this lovely warming drink makes a great alternative.

Simmer some decent cider (do not cut corners and buy the cheap stuff for this), cinnamon sticks and lemon zest in a pan, and enjoy the Christmassy aromas filling your kitchen. Then add a glug of rum or brandy (Calvados is perfect as it is made from apples too) and serve in mugs with an apple slice.

Spice it up further with fresh red chili if you like. Also try with a good crisp perry instead of cider, which is equally delicious.