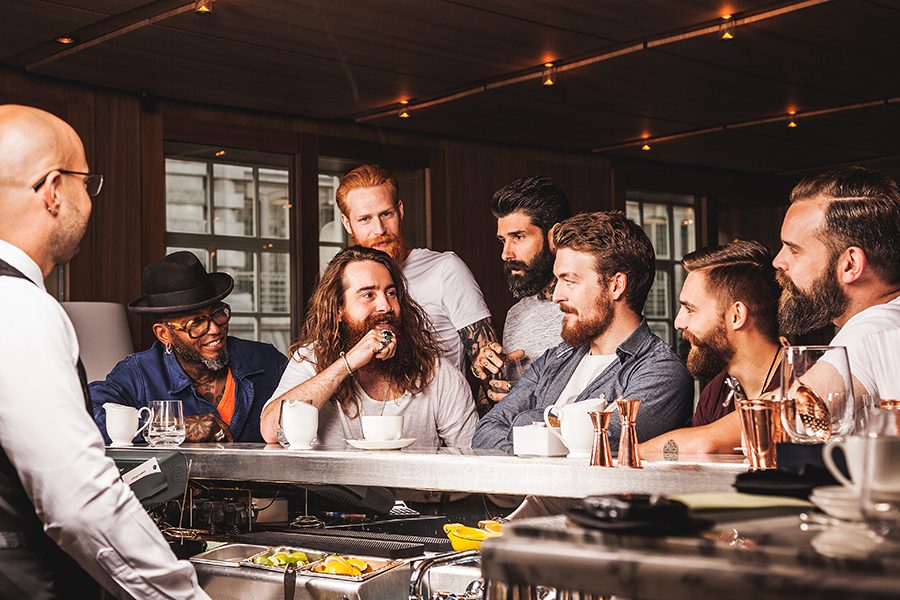 The average man will spend 6 months of his life shaving – that’s a lot of time that he could be putting towards doing something productive, such as not shaving for a month whilst raising money for charity.

Since 2011, the charity Beating Bowel Cancer has been encouraging men to grow a beard throughout the month of December and to raise money so they can support the growing number of people affected by bowel cancer. Incredibly, every 15 minutes someone is diagnosed with bowel cancer in the UK. A shocking statistic that needs to be publicised and acted upon by all men.

In 2014 over 3,000 men ditched their morning shave and got involved with the campaign, but this year the charity says they want to be bigger and better. Beating Bowel Cancer is looking to hit the half a million pound mark. The money raised will help them fund a range of vital services that give people with bowel cancer help, hope and reassurance.

Some of you may know and already experienced that growing a beard can be a bit itchy at the beginning, but it’s all worth it in the end. Bowel cancer is the UK’s second biggest cancer killer but it doesn’t have to be that way as it has a very high rate of survival if caught early.

The charity says when people are curious and ask questions about your new facial fuzz, that’s your time to talk about why you are growing a beard. Word soon gets round and not only does that mean more funds are raised but also important awareness of the disease, which can help to save lives.

Mark Flannagan, Chief Executive of Beating Bowel Cancer, said “Talking about bums and poo can be embarrassing for many people so the symptoms of bowel cancer are less well known than many other cancers. This means people are often diagnosed at a late stage when the disease is far more difficult to treat.”

Scott Smith, 36, from Essex was diagnosed with bowel cancer eight years ago. Scott’s cancer was caught early and because it hadn’t spread he didn’t need aggressive treatment like chemotherapy or radiotherapy. Scott said he likes taking part in Decembeard because he feels that it’s a clever way of raising awareness and says “growing a beard is such a conversation starter when people are so used to seeing you clean shaven.”

Stop trimming it!
If you’re trying to grow your beard out, don’t tidy it up yourself. You may end up taking weight out of the wrong places, or unbalancing the necessary lines. Go to visit a barber who can give you a proper initial consultation

Visit your barber.
If you go to your barber every 3-4 weeks, they can check over your beard growth and get rid of any strays, as well as offer you practical skincare advice. If you’d rather do it yourself, make sure you know where to start.

Take care of your skin.
Even though you’ve got a safety barrier between your face and the world, you’ll still need to condition your skin properly. Use an exfoliating scrub, or a pre-shave balm, to get rid of dirty layers of skin, and use an alcohol-free moisturiser to close up your pores and retain natural moisture.

Know your beard oils.
There are plenty of options out there – including balms and shampoos to help keep your beard clean and battle against itchiness. Beard oil will help keep it looking glossy and keeping it in good shape, rather than dry and straggly.

Choose the right style for your face shape.
Most people will suit a squarely shaped beard; this can help to slim wider faces and shorten longer faces.