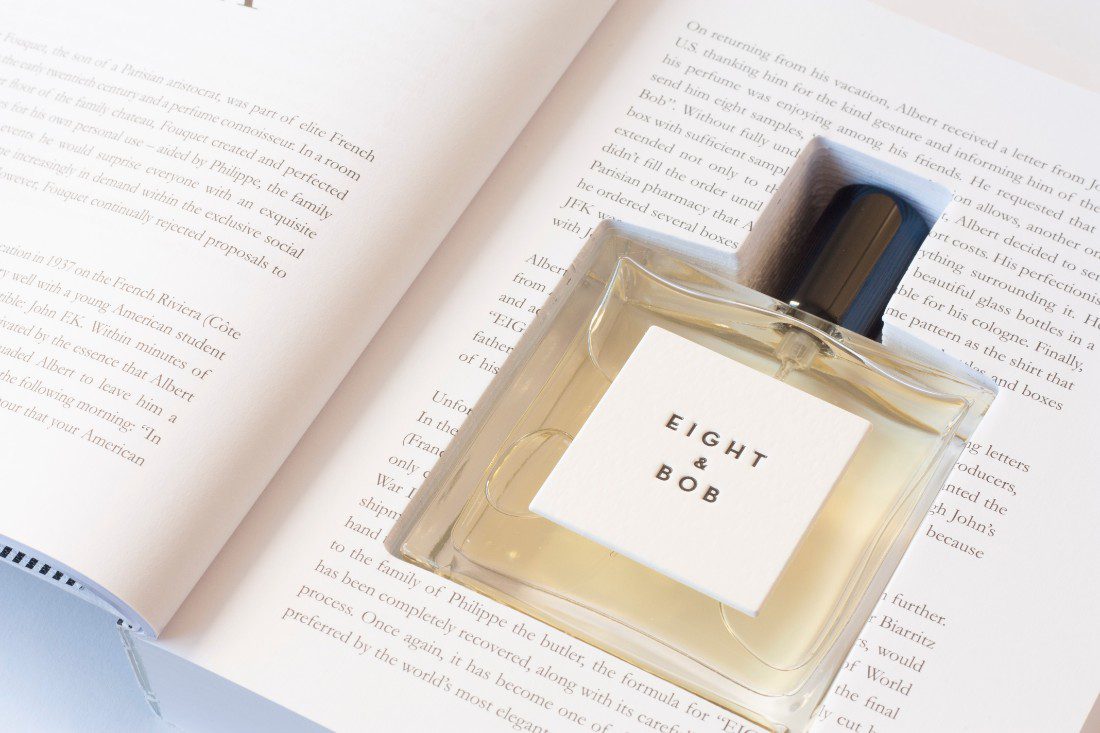 Eight & Bob – The Fragrance of a President

Rarely does a fragrance capture our attention so firmly as Eight & Bob has done. Not only for the scent but for the story surrounding story of its birth. Eight & Bob was born in the 1930’s and created by a Parisian aristocrat named Albert Fouquet.

Monsieur Fouquet possessed a nose for developing his own fine fragrances, exclusively for his personal use. On the upper floor of the family chateau Fouquet would experiment with various essences aided by Philippe, the family butler. He’d then wear these fragrances to social events, where his acquaintances in French high society would enquire about the formidable aromas. However, he’d rarely share is creations.

Discovered on the Côte d’Azur by JFK

Nevertheless, this is all changed one night during a summer vacation in 1937 on the French Riviera. By chance, he got talking to a young American student touring the Côte d’Azur in a convertible car. The student instantly captivated by Fouquet’s scent wanted to know more. That student was John F. Kennedy, the man destined to become 35th President of the United States in January 1961. JFK’s renowned charm and congeniality persuaded Fouquet to leave a sample of the cologne at his hotel the following morning. The request was fulfilled, accompanied by a short note…

“In this jar, you will find the dash of French glamour that your American personality lacks.”

Another one for Bob (RFK)

On returning to Paris, Fouquet received a letter from JFK back in the United States thanking him and informing him of the success his fragrance was enjoying amongst friends. He requested that Albert send him eight samples, “and if your production allows, another one for Bob” – Bob being JFK’s brother; Robert F. Kennedy or RKF. So, packaged in glass bottles and boxes decorated with the same pattern as the shirt that JFK was wearing when they met, Fouquet shipped the fragrances and labelled the consignment “EIGHT & BOB”. A few months later Fouquet began receiving letters from America with requests for “EIGHT & BOB” from various Hollywood directors, producers, and actors such as Cary Grant and James Stewart. They had discovered the fragrance through JFK’s father, who had maintained relationships with well-known stars because of his previous business ventures in the movie industry.

Unfortunately a road accident in Biarritz cut short Fouquet’s life and with it the production of Eight & Bob. However, his trusty butler Philippe who had assisted in the production of the original fragrance had hidden any remaining bottles inside books from the Nazi’s during World War II and decades later, his family released the formula for production and purchase today. The key ‘hidden’ note of the unisex fragrance is ‘Andrea’ – an aromatic herb found only at altitude in the Andes, Chile. Due to the rarity of this ingredient, and irregular growth pattern only a certain amount of production can occur, resulting in a worldwide limited supply. Fortunately, EIGHT & BOB is available today and made according to the original formula. The very same formula JFK admired so much. EIGHT & BOB is light, but impacting – a year round option, but perhaps best suited for the warmer months. Inoffensive but reassuring, it can be worn at any occasion – be it the office or a wedding. We thoroughly recommend it. To mark the 50th anniversary of RFK’s death in 1968, Eight & Bob are partnering with the Robert F. Kennedy Human Rights Foundation. An organisation managed by Kerry Kennedy, daughter of RFK – a human rights activist and lawyer. Eight & Bob will donate a percentage of the revenue received from this special edition fragrance to the foundation, as a tribute to RFK’s dream of a more fair and peaceful world. You’ll find the original EIGHT & BOB fragrance within but house in an RFK special edition bottle and box, and at a stronger Eau de Parfum strength.

The Robert F. Kennedy Human Rights Foundation advocates for a more just and peaceful world. They work alongside local activists to ensure lasting positive change in governments and corporations. The team includes leading attorneys, advocates, entrepreneurs and writers united by a commitment to social justice.