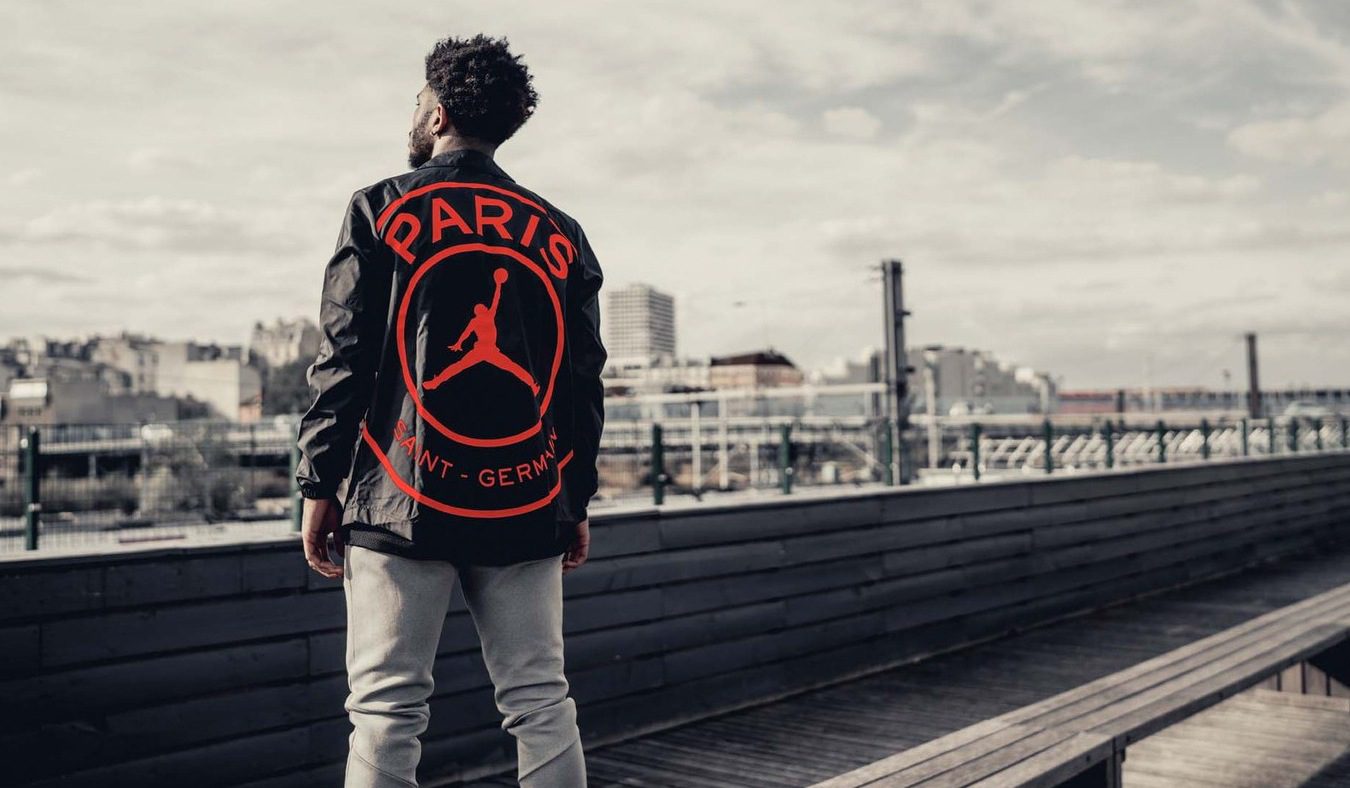 Football and fashion have always been teammates. From terrace culture to the rise of on-pitch style icons like David Beckham, ever-increasing sums of money being poured into the beautiful game have meant that fashion was never going to be far behind. Despite all this, the current meeting point of football and fashion feels different. It feels like we’re experiencing a moment. Conventions are changing and for once, wearing a football shirt in public is no longer taboo.

It all began with the casuals. To look forward you’ve got to look back and the stories are well known. English fans, enjoying unprecedented European success, gallivanting around the continent and shopping as they went. The stories go that the travelling support couldn’t believe their luck when they walked into European sports shops and not one but two shoes in a pair were on display. The pairs were easy pickings for sticky-fingered fans and soon those on the terraces were clad in Adidas trainers, many of which have seen comebacks of late in the forever lucrative reissue cycle. Trainers weren’t the only pieces they brought back. Polo shirts, tracksuits and cagoules returned too. Continental brands infiltrated the native fashion ecosystem like foreign species of squirrel. Kappa, Adidas, Ellesse, Diadora, Lotto, Sergio Tacchini, Hugo Boss… if you can name them, they likely have roots in those trips. You only need to walk around Liverpool city centre on a Saturday to see the proliferation of the Hugo Boss polo – on generations old and new.

The casual strand has continued to this day and it has created a remarkable relationship between high and casual fashion. Brands formerly relegated to the dense rails of your local Sports Direct are acceptable again. The same brands that would’ve got you ridiculed in school are now likely to get you compliments, welcomed back in an ironic fuzz of nostalgia and cult-like forgetfulness.

Even more ironic is the persistence of brands like Stone Island and C.P. Company. On one hand they’re a status symbol for lads from former industrial towns who on a Saturday afternoon are most likely to be found in a disused car park near a train station attempting kick the crap out of similar fans of the opposing team. If you’re looking for the other side of the coin, look no further than the pages of glossy, biannual fashion magazines, where a fantastical reflective, specially-dyed Stone Island puffa jacket is now a staple of luxury editorial. Everyone from Drake to Dylan Jones know the connotations. Pep Guardiola might choose to take the badge off the sleeve of his pullover, but we all know what goes between those two buttons.

Pep is perhaps the perfect illustration of where we are now. Clad in smart casual on the touchline, his dress is playful but not showy in an early noughties football void-of-taste way. At half time he’ll go into the dressing room and speak to his players, many of whom will be figureheads of the recent prominence of streetwear, with all eleven starting players clad in a kit that has been meticulously designed to overcome taboos formerly held about wearing a football shirt away from a football pitch. 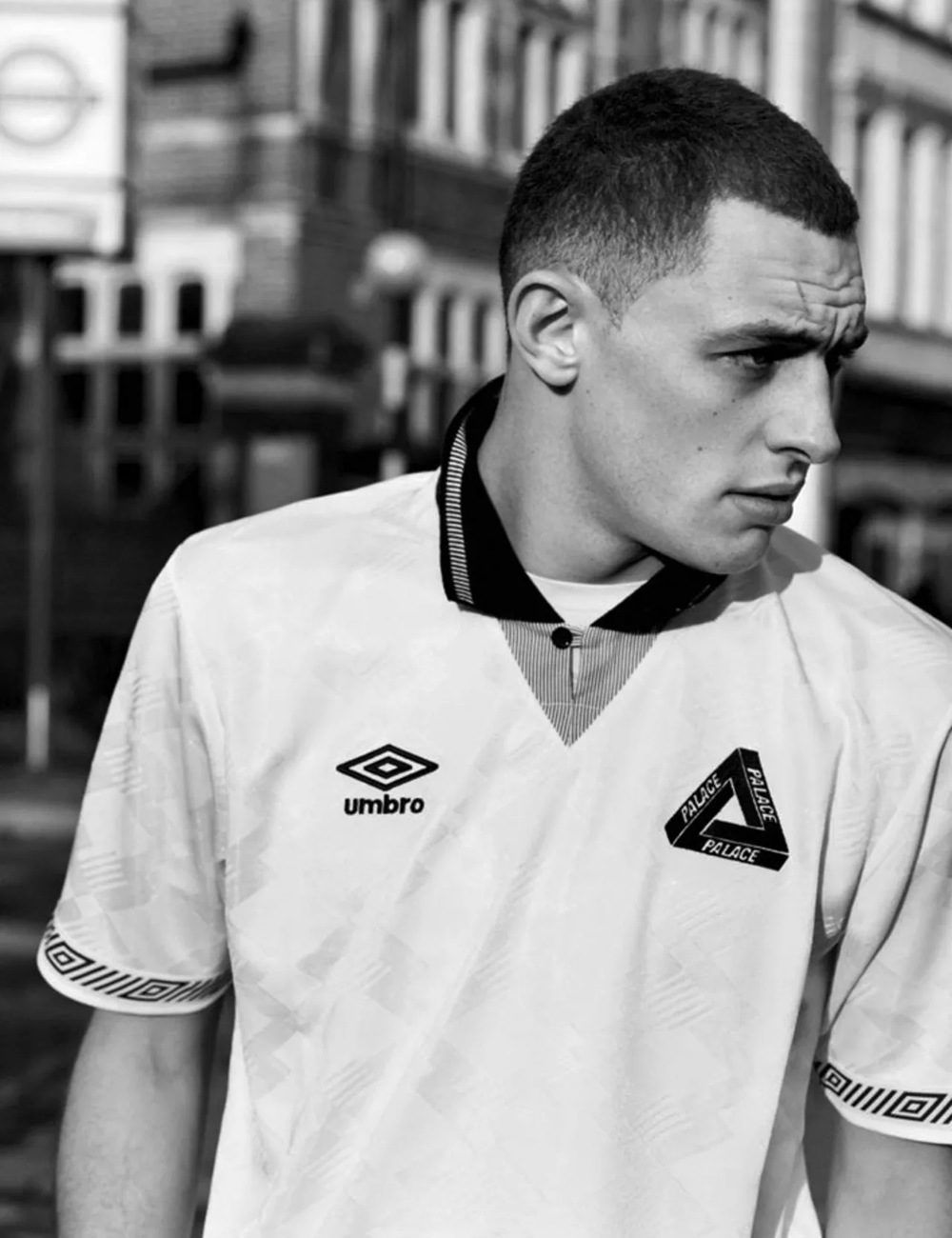 You’re allowed to wear a football shirt again by the way. Two decades of collaboration have encouraged it. People point to the prominence of the recent collaboration between PSG and Jordan Brand (Nike), but this collaborative spirit using the football kit template as an experimental canvas has been creeping in for decades. Yohji Yamamoto and Real Madrid, Palace and Umbro, the latter having also collaborated with Off White in the past. Adidas have a history too, notably Gosha Rubchinskiy and Alexander Wang creating iconic collections that’re now rare and highly collectable.

The prominence of this culture change is everywhere. Check the Instagram grids of new football media platforms like Mundial and Copa90 – the barrage of new football tops is unrelenting. Niches are celebrated (new Shakhtar Donetsk kit anyone?), nostalgia is encouraged (West Germany 1990) and fashion-conscious design is crucial (the queues for the Nigeria 2018 kit tell the story). Baggier fits, neater collars akin to Cuban shirts and a generally satisfying colour palette means that if you can wear a printed T-shirt for casual, you can wear a football shirt.

The end of summer will relegate these trends to the back of the wardrobe for now – a sort of off-season if you will – but you can bet there’ll be back next year. Best to grab yourself one in the meantime and join the team.