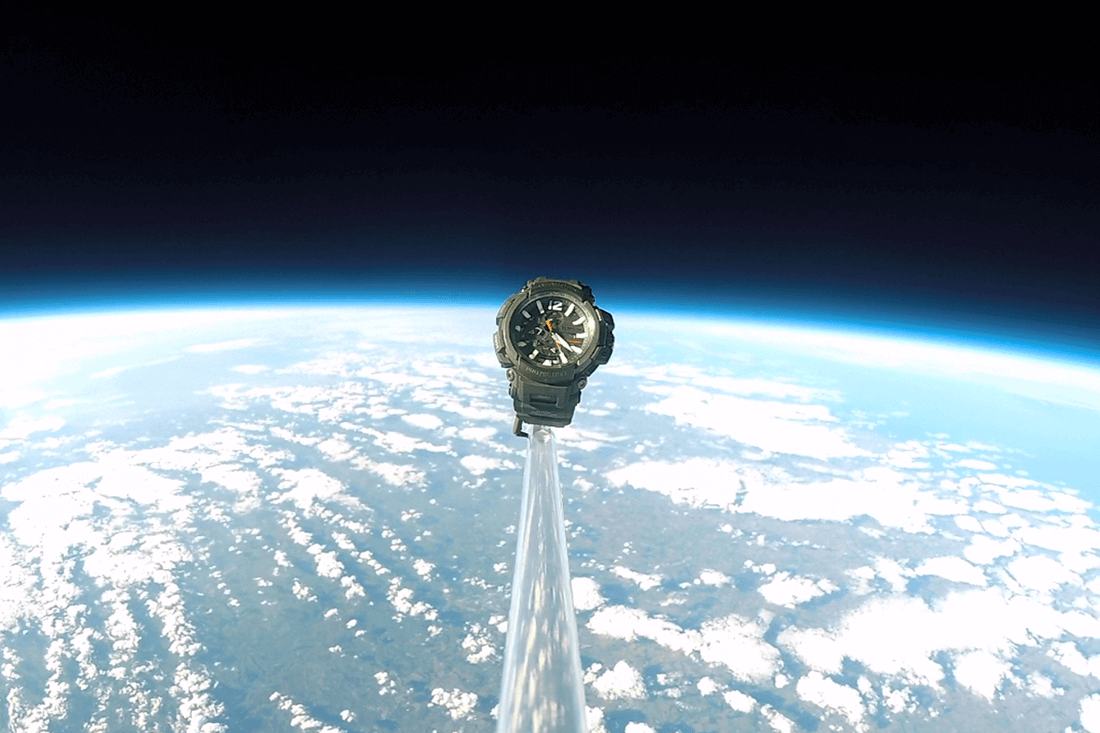 To mark the release of the new GPW-2000 GRAVITYMASTER, G-SHOCK has decided to send the watch designed to withstand the most extreme conditions on earth, into space. Launched from Yorkshire, the GPW-2000 GRAVITYMASTER (RRP £800) was propelled into the stratosphere towards zero gravity using the latest NASA-approved metrological flight balloon. 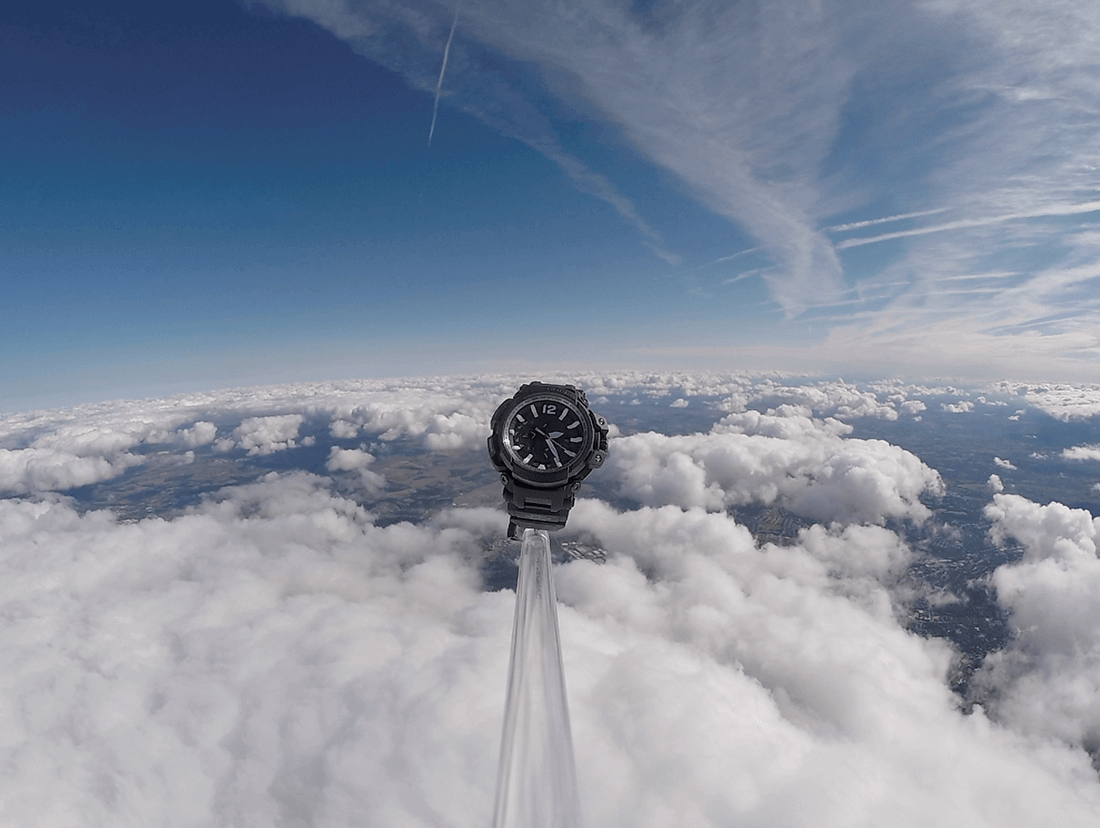 The G-SHOCK dealt with temperatures of -58oC, a height of 44.1km above the earth and a 25km surge past the ‘Armstrong Limit’ where human blood begins to boil. It spent a total of one hour and twenty-two minutes in space. Further more, the GPW-2000 GRAVITYMASTER experienced rushing g-forces of 3.63G, and air pressure of 0.00146bar (325,000 times less than the lowest tolerable air pressure ever recorded on Earth) and virtually moisture-free humidity levels of 0.02%.

As a final test, the watch was subjected to a 65km per hour free-fall to earth for 123 metres- where it exploded on impact. Jokes. It survived, apparently- cementing the brands’ reputation for creating some of the toughest watches available to buy today.