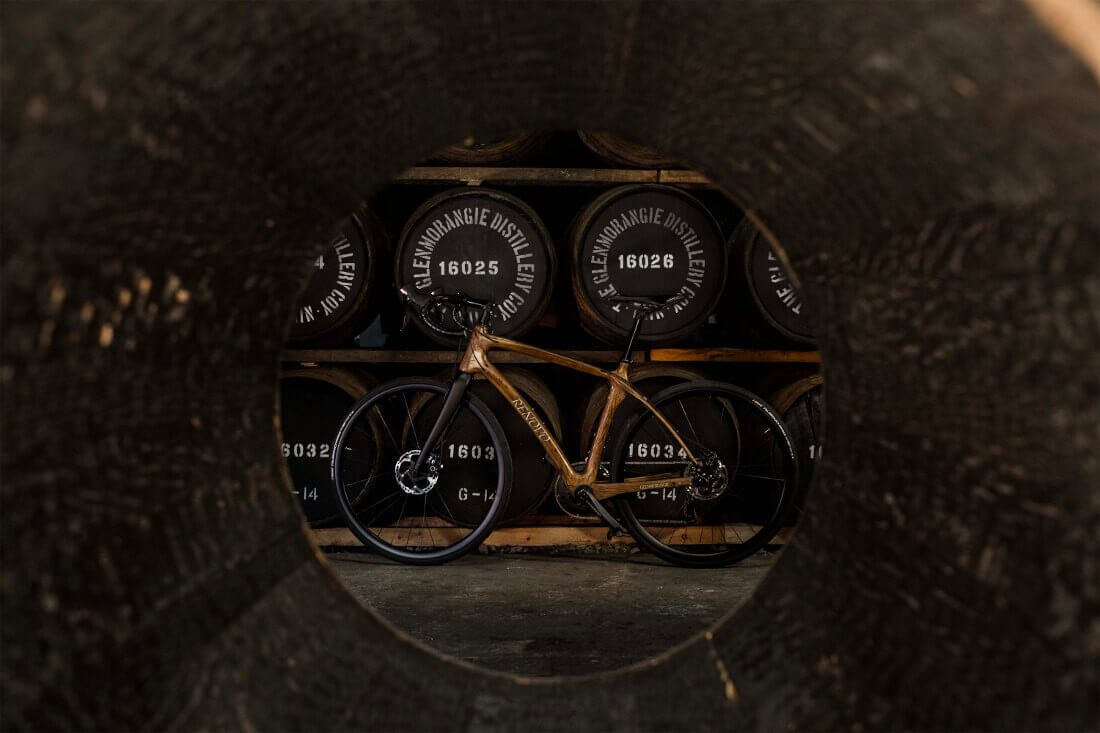 Highland single malt manufacturer Glenmorangie has partnered with Renovo to release the world’s first bicycles made from whisky casks, giving an inventive new use to the wood which inspires its character.

Glenmorangie’s signature single malt whisky is matured for a decade in their casks, which are only ever used twice. Inspired by the character that these ex-bourbon casks bring to the whisky, the Highland Distillery have partnered with hardwood bicycle manufacturer Renovo to bring new life to the casks.

Renovo’s founder, Ken Wheeler, was so inspired by the abilities of wood to create bicycles with a smoother ride that he designed the first engineered wooden bicycle a decade ago. 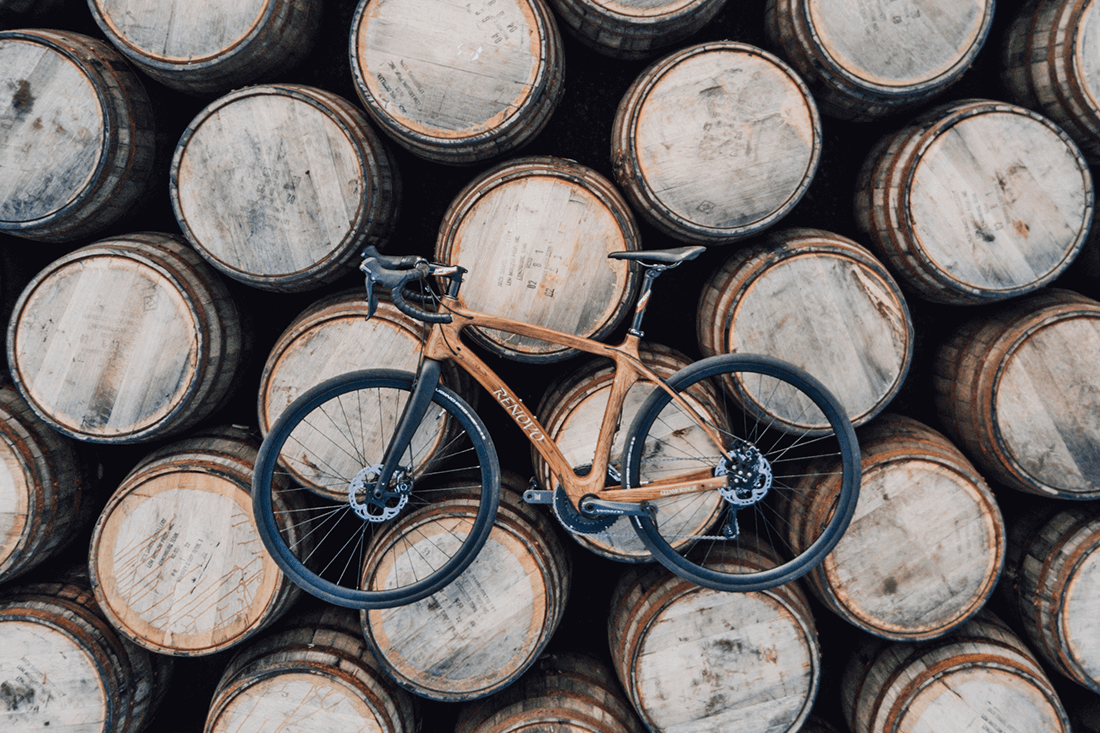 “We are so excited to be working with Glenmorangie, a Distillery with which we feel such affinity.  Renovo is dedicated to honouring wood in the creation of our bicycles, engineered to perfection for a smoother ride.  And these beautiful machines, uniquely fashioned from Glenmorangie’s staves, will inspire anyone with a taste for innovation.” – Ken Wheeler

The hollow frame of each bicycle is created from about 15 staves, taken from the casks in which the Glenmorangie Original whisky was matured. Each is designed to embrace the shape of the staves, as well as the curve of the barrel in the frame’s down tube – the largest tube on the frame.

When shipped to Portland, the staves were first kiln dried to ensure their suitability for Renovo’s purposes.  Then, the staves’ charred surfaces were smoothed away, before they were handcrafted into frames by Renovo’s craftsmen – each taking more than 20 hours to create.

The frames, which vary in size to accommodate different riders (from 52-61cm), incorporate the American oak of Glenmorangie’s staves, alongside a small proportion of darker sapele wood, which brings an colour contrast to the wood of the staves. Given a durable coating, decorated with Glenmorangie’s Signet icon and individually numbered, these bicycles, which weigh around 18lb, (8.1kg) form a functional tribute to the character of the single malt. 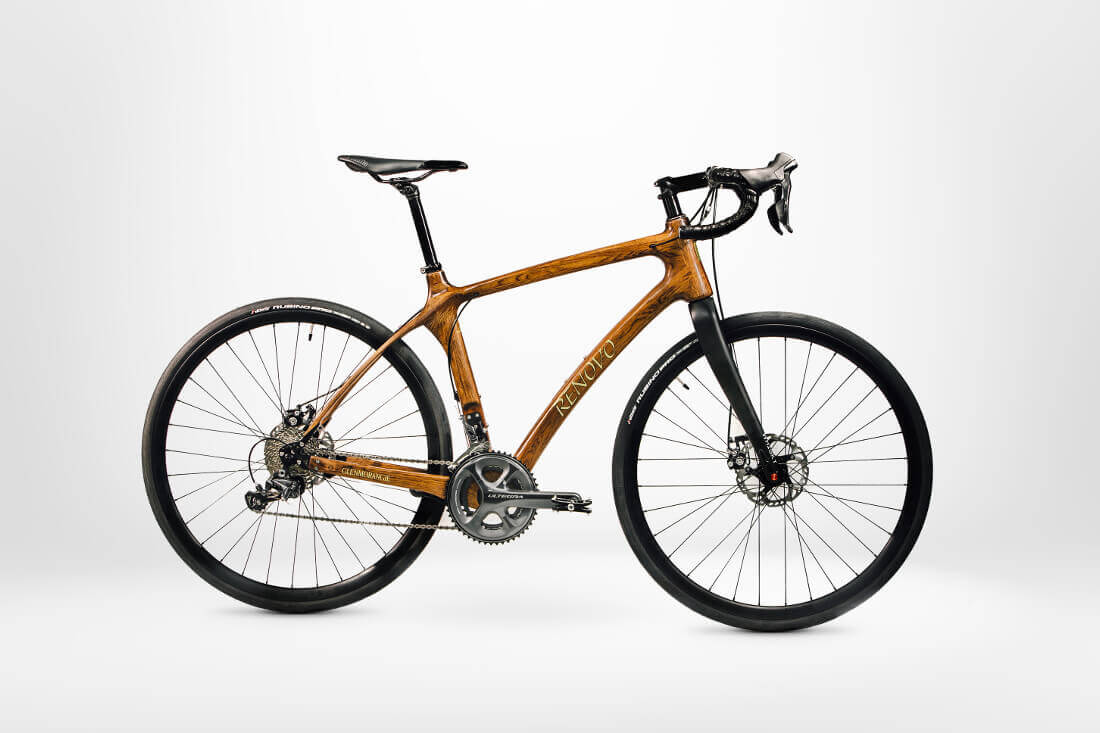 “This pioneering collaboration with Renovo brings new life to the casks which inspire our whisky.  Each one of these limited-edition bicycles is a fitting celebration of our expertise in wood and shared passion for creativity.” – Dr Bill Lumsden, Glenmorangie Director of Distilling & Whisky Creation