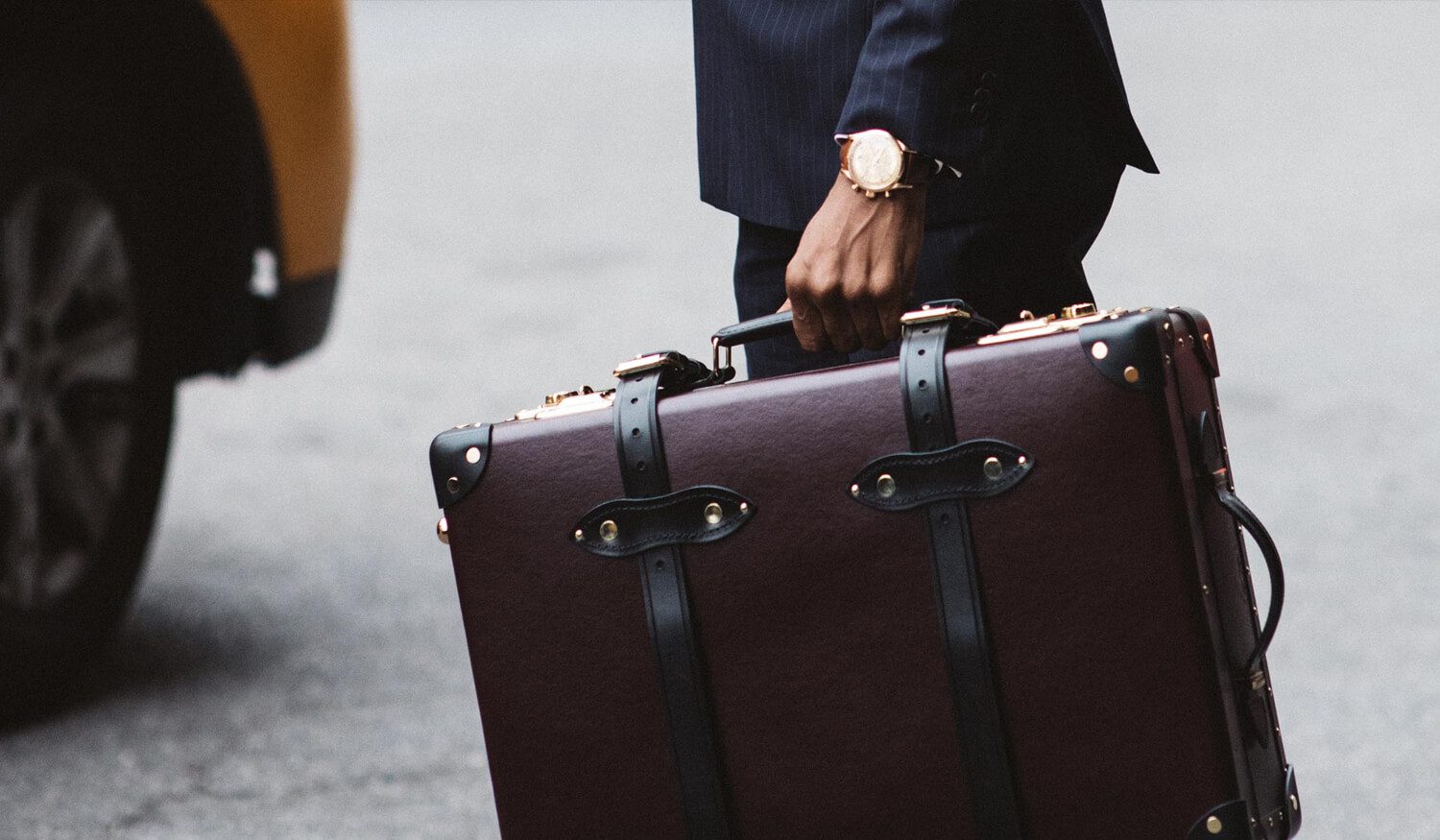 Travel is not what it used to be. If boarding an airliner used to be replete with glamour, these days it tends to be a hassle followed by hustle for one’s seat. Back in air travel’s golden age of the 1950s and 1960s – admittedly before its democratisation – perhaps nothing symbolised one’s high-flying status more than the endless bespoke trunks with which starlets would be seen embarking from their Stratoliner or cruise ship. But then again, travelling with an overnight roller case seems impossibly glamorous against today’s pandemic restraints too.

Those days will return, even if travel may forever be tempered by fears of disease and/or climate change. Studies suggest wanderlust has not wandered off, even if it’s predicted that the traditional two-week annual holiday will be replaced more by multiple short breaks of two-to-five days throughout the year.

The Evolution Of Luggage 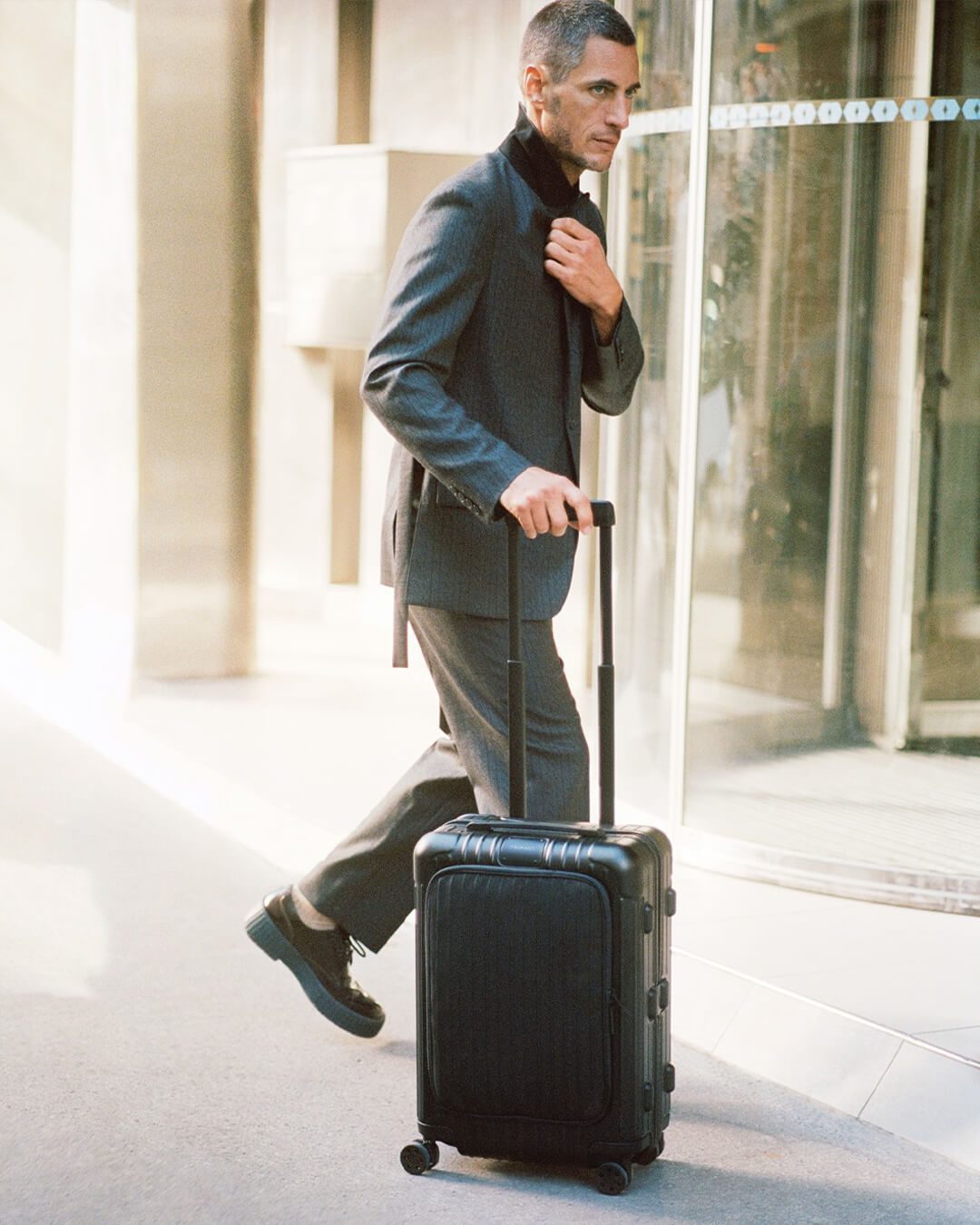 Driven by brands like Rimowa, modern luggage now has to deliver in terms of both style and functionality.

Naturally, that’s changing the luggage we use: a sizeable but portable holdall for the long weekend, through to the sturdier, practical mid-size case that is big enough to warrant pull-handle and wheels, but small enough to count as carry-on luggage, a crucial consideration for travellers seeking to save time as much as money. Indeed, this latter style of luggage has (along with laptop cases) been the bestseller over recent years, even with bespoke makers.

What has become central to the luggage market has been a meeting of both style and functionality. The former because travel is now, in part thanks to social media, performative and a chance to be seen; the latter because luggage has been reframed by specialists, such as Tumi, as a kind of travel equipment that, like any tech, has to meet high performance expectations. 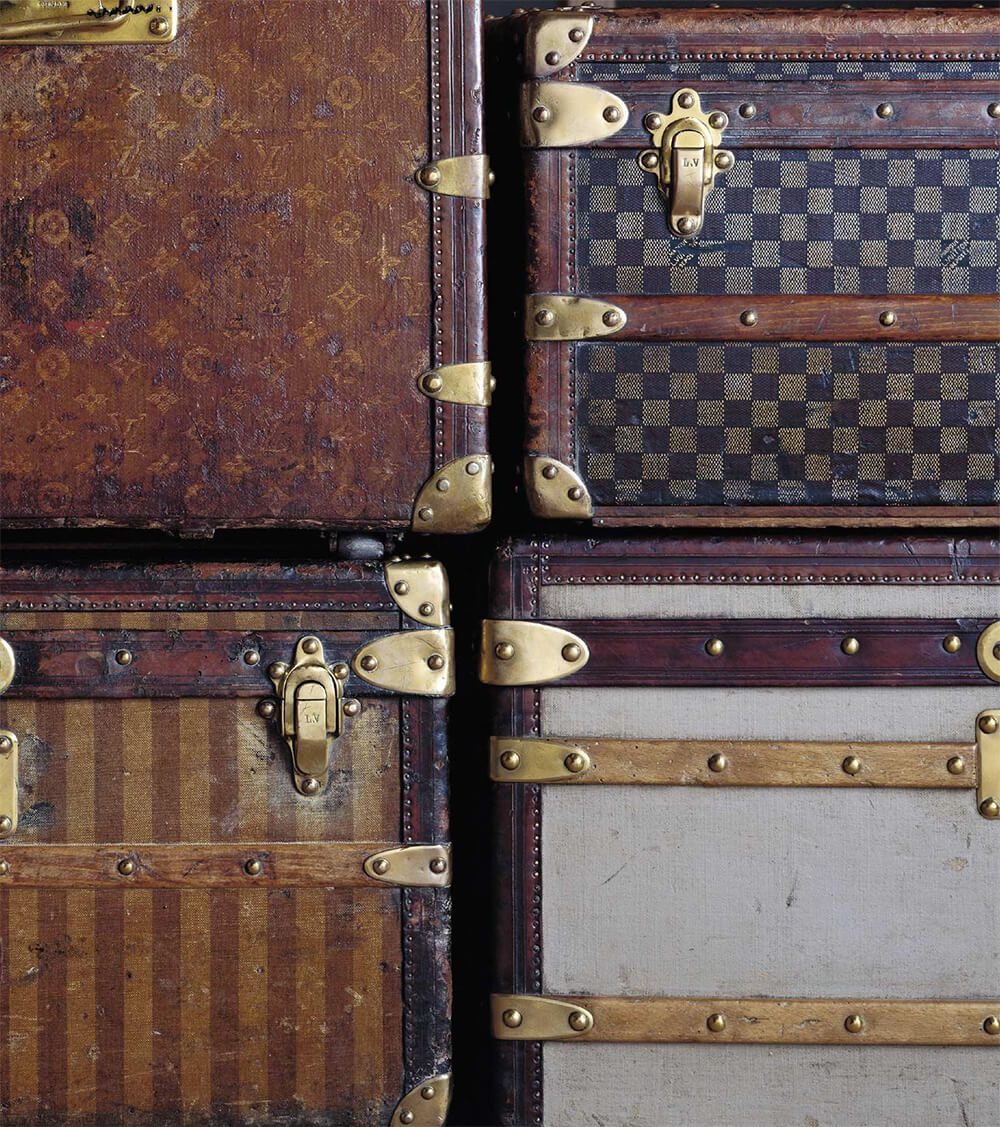 For the likes of Louis Vuitton, Tanner Krolle, Dunhill and Globe-Trotter – more historic pioneers of luggage design – this is something of a return to form. In the late 1800s Vuitton anticipated a new era in travel and designed accordingly, with – contrary to tradition – flat-topped trunks that could be easily stowed, made of poplar to ensure rigidity but lightness.

Zinc trunks followed for tropical climates, as well as those that turned into beds for tired explorers and those designed specifically for cars and planes. In the 1890s, Vuitton also introduced a patented impregnable five-tumbler lock – and a number for each rigid case is registered with Louis Vuitton even today. 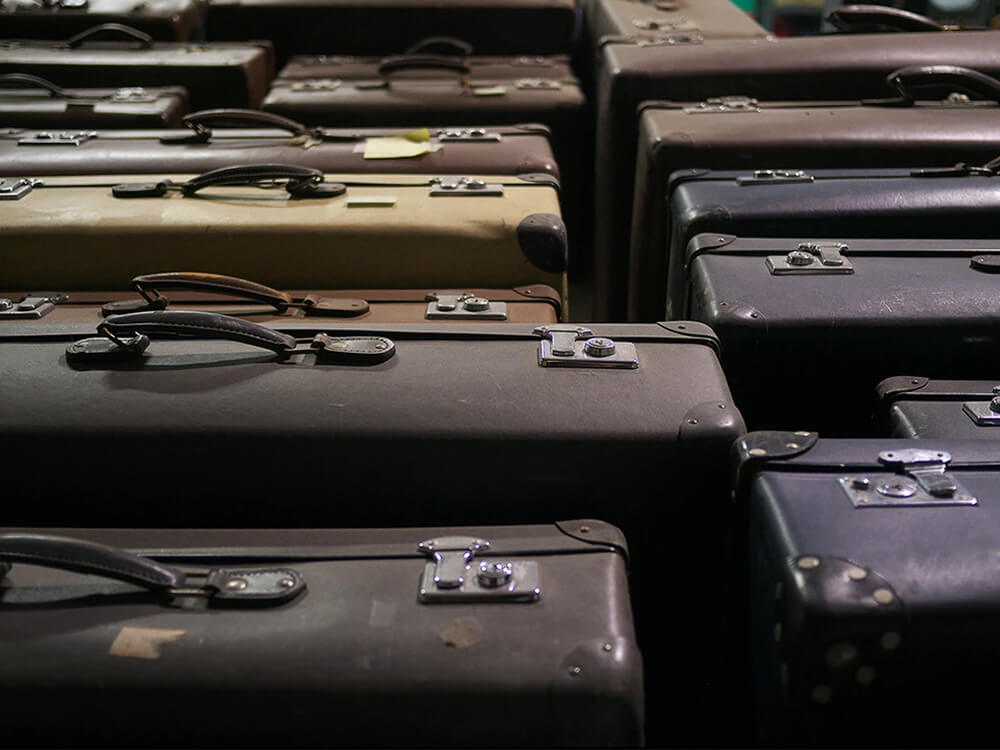 Globe-Trotter was established in 1897 and originally made cases crafted from vulcanised fibreboard.

Similarly, Dunhill focused around the functional aspects of durability and weight, while Globe-Trotter built its reputation on cases made from ‘Vulcan fibre’, multiple layers of glued card yet which – as its famed logo demonstrated – were able to take the weight of an elephant. Remarkably, given the advances of materials science, it still makes its luggage this way. Well, it was good enough for the likes of Churchill, Queen Elizabeth II – who used them on her honeymoon to the late Duke – and Edmund Hilary, who used them to transport kit to his Everest base camp.

Makers of Globe-Trotters’ only real competitor in the style stakes, Zero Halliburton’s classic aluminium travel case –  originally designed by aircraft engineers in 1938 with, again, strength and lightness at the fore, and akin to contemporary styles from Rimowa – has also won a new following.

A One-Of-A-Kind Carry On 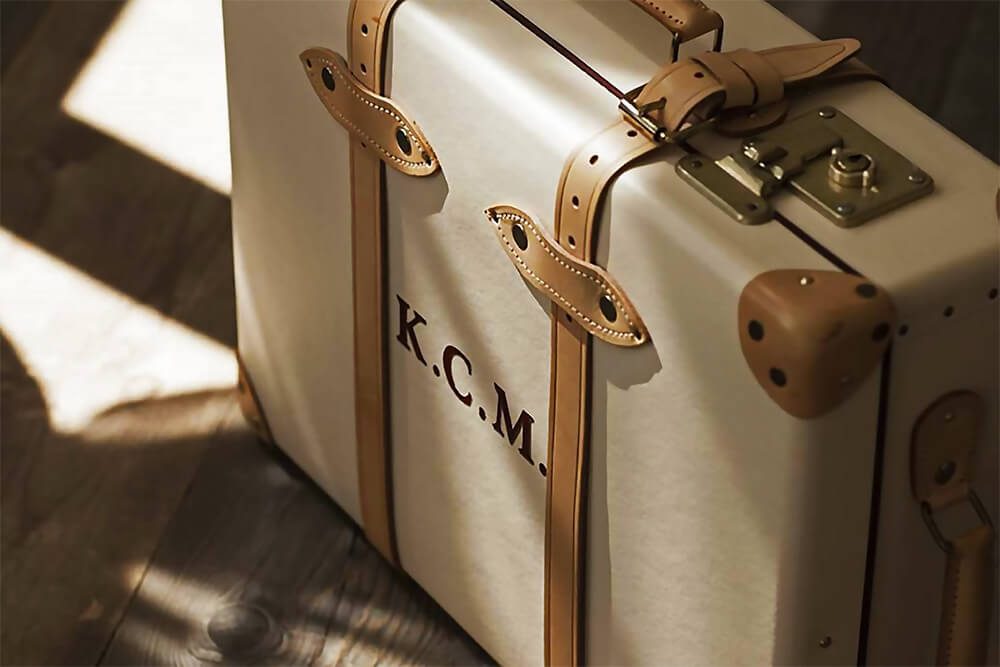 Such brands typically offer (admittedly expensive and necessarily slow) bespoke services whereby a client can either have their own design made from scratch or, more typically, tweak a standard design for greater personalisation. That could be, for example, a specific size or shape of the inner pocket, the addition of a watch compartment, adapting colours, linings or locks or, slightly old school but more affordable, even just some neat monogramming. Heritage brands such as Tusting see a lot of ‘archival customisation’, by which a client chooses to go digging in the crates and resurrect one of the company’s long lost designs.

Working changes to leathergoods offers the greatest variety of personalisation, even if leather is seen as the classic rather than 21st-century choice of luggage material. Certainly such pieces, wearing nicely and set to become future heirlooms, add a touch of the special to what, after all, can be the fairly dispiriting experience of getting there. But, like a mechanical watch, they also represent the triumph of craft over utility. 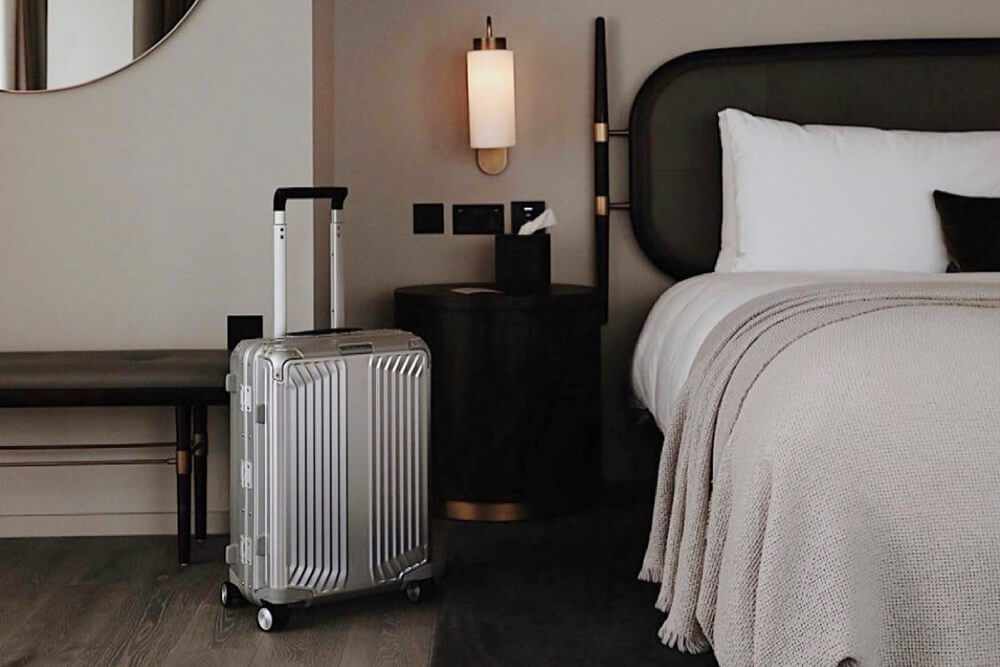 Samsonite has a well-earned reputation for advanced materials and technological advancements.

That’s likely why technology has been at the forefront of designs from younger pretenders too, though not always that young. Samsonite, for example – established 1910 – has won a reputation for its use of advanced materials, with collections featuring designs with scratch- and UV-resistant mirrored surfaces, with their structures made from moulded EVA panelling and armoured nylon, ideal for facing up to the roughest of luggage handlers.

Riffing on the idea that a good piece of luggage works with all the tool-like utility of a good penknife, Victorinox, makers of the Swiss Army knife, has its Swisswerks luggage line, complete with a nano-technological coating that repels water and dirt and in a material that makes its among the lightest cases available. 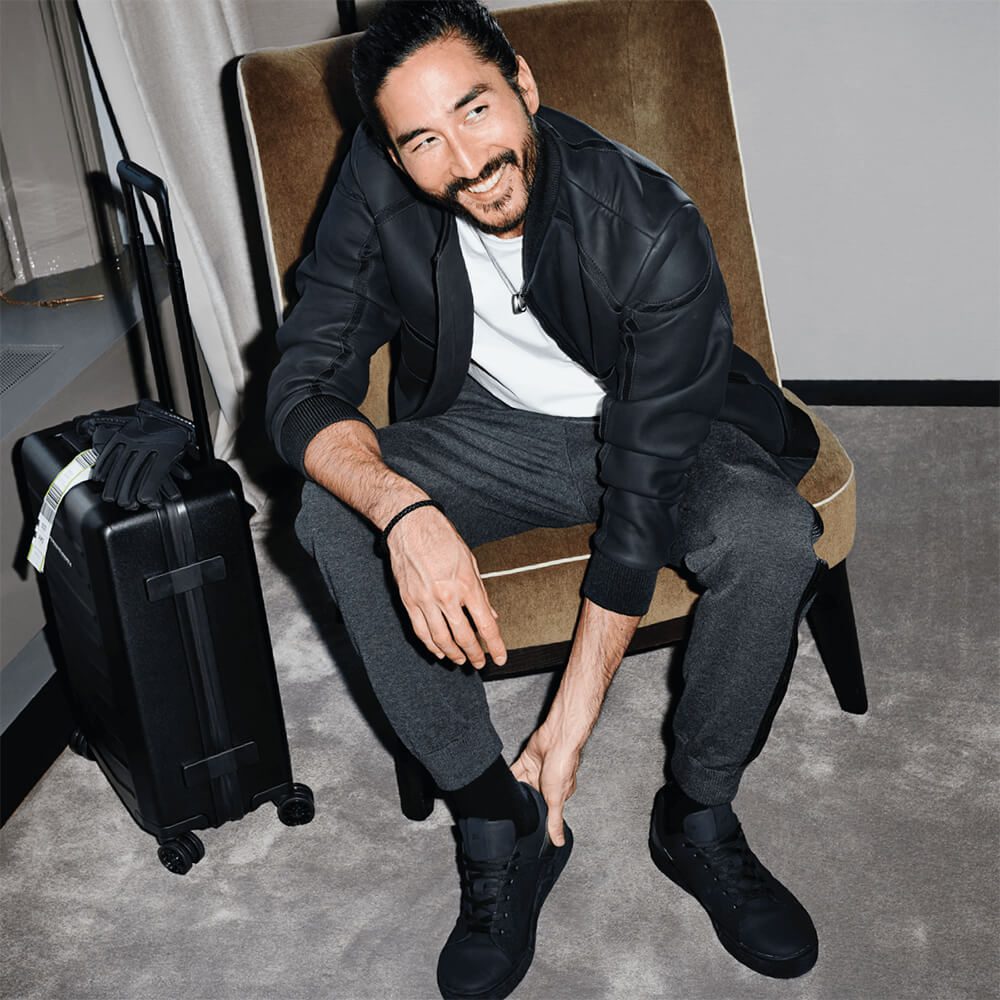 Porsche’s Design arm produces a wide range of luggage that’s as desirable and well designed as the brand’s sports cars.

Few too are likely to be unimpressed by Porsche Travel System, the luggage line from Porsche Design, and this not simply because it shares the moniker of the desirable sports car. Rather, the product design arm of the company has created a range with the same engineering qualities, including models made from anodised aluminium, with detachable lid, removable partition and automatically retractable towing belt. Certain styles come on wheels, but cannot promise the same acceleration through security as its famous name might suggest.