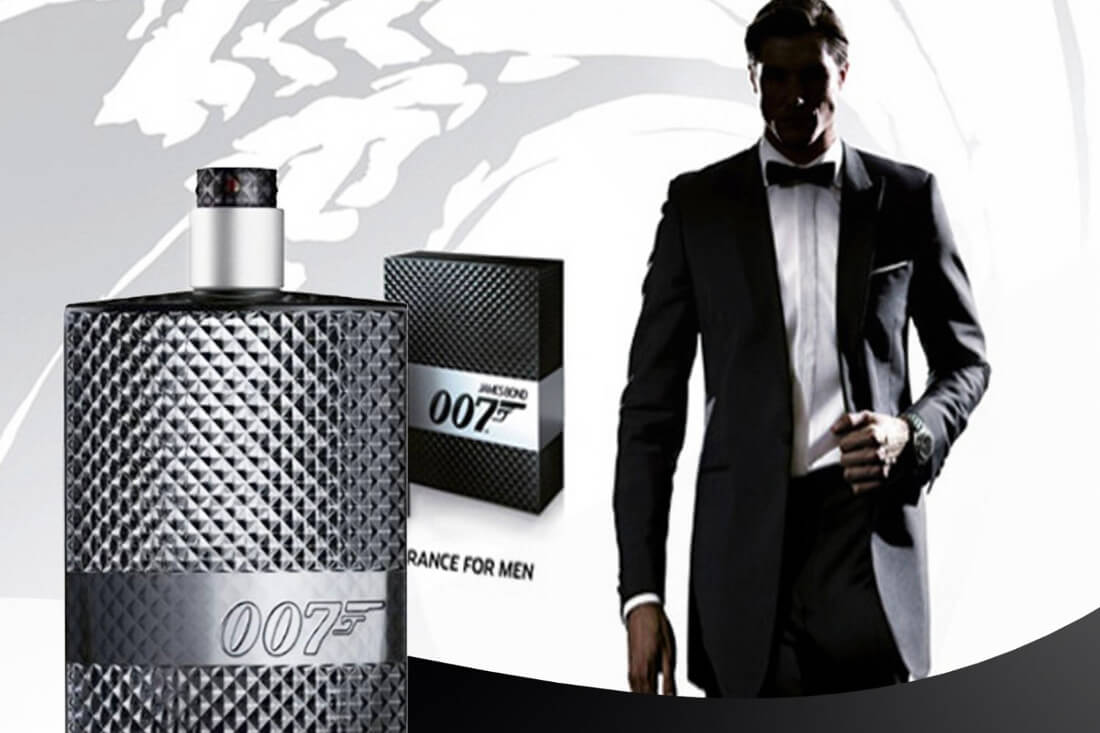 2012 marks the 50th anniversary of legendary British spy James Bond 007. To celebrate the success of an icon and quintessential male a 007 Fragrance has been released. The 007 Fragrance blends traditionally authentic and British ingredients, creating a classic fragrance with a modern twist belonging to the Aromatic Fougere family of perfumes.

The backbone of the fragrance is rich with lavender combined with moss and coumarin undertones. On trend in all good men’s fragrances is Vetiver, which has been successfully employed here to, “represent Bond’s masculinity”. If ever an ingredient could represent such a characteristic it would be Vetiver. Crisp apple props up the British part of the ingredient list, adding a pleasant refreshing note. Warm woods with a musky aspect make up the base.

The glass flacon in dark blue is inspired by the magnum meshing texture found on an array of Bond’s cars. The silver ‘twist’ cap which reveals the fragrance nozzle is a nod to Bond’s array of gadgets and the 007 logo is subtly embossed on the front of the flacon.