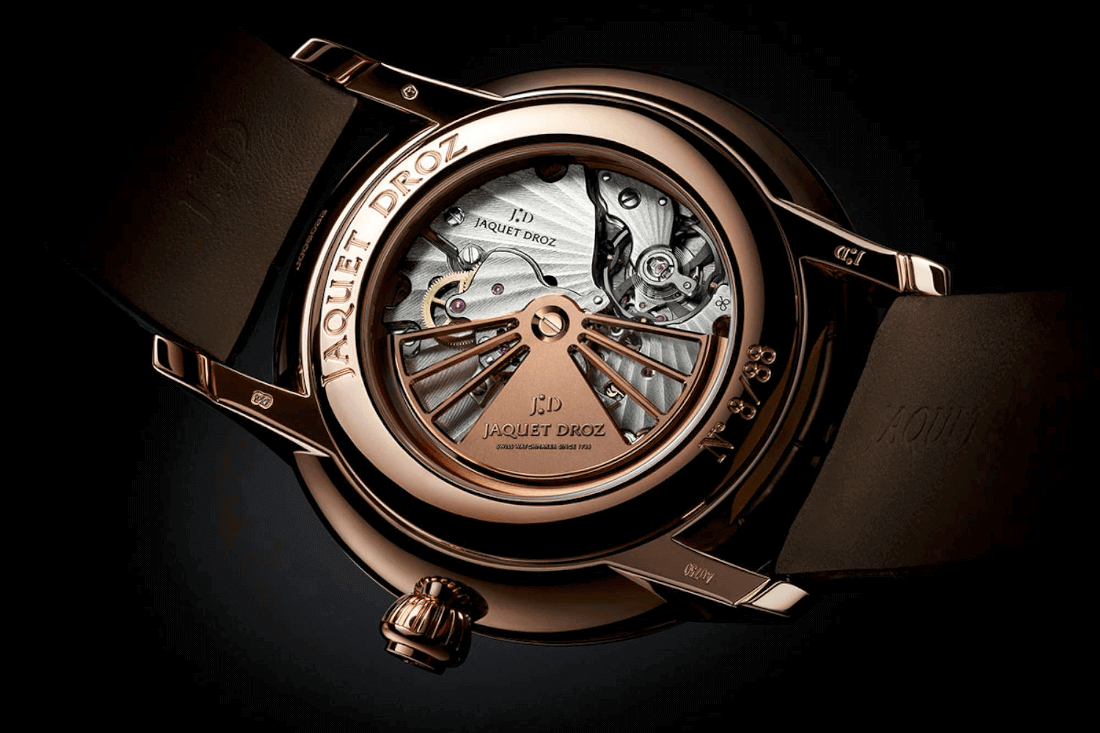 Pierre Jaquet-Droz was born in 1721 in La Chaux-de-Fonds. He began with a serious interest in clock making and between 1738 and 1747 devoted himself entirely to this skill. Pierre went on to showcasing his skill abroad leading him to concentrate exclusively on making watches, clocks and automata.

Jaquet Droz has gone on to making watches for over 250 years. The brand was acquired by the Swatch Group in 2000 and returned to its town of origin, La Chaux-de-Fonds. Their timepieces are true items of luxury built with a skill that is reflective of its aspirational and demanding clientele.

A sensational piece from the brands Majestic Beijing Brand collection is this Eclipse Ivory Enamel watch. In the 18th century, in the heart of Beijing, the Emperor and the Imperial Court’s dignitaries collected Pierre Jaquet Droz’s masterpieces.

The Swiss made timepiece functions include a self winding mechanical movement, which is visible from the open case back. Other features include a 43mm Rose Gold case attached to a black leather strap as well as a days and months display through an aperture at 12 o’clock. A power reserve of 68 hours as well a water resistance of 30 metres really add to making this one carefully designed and multifunctional timepiece.