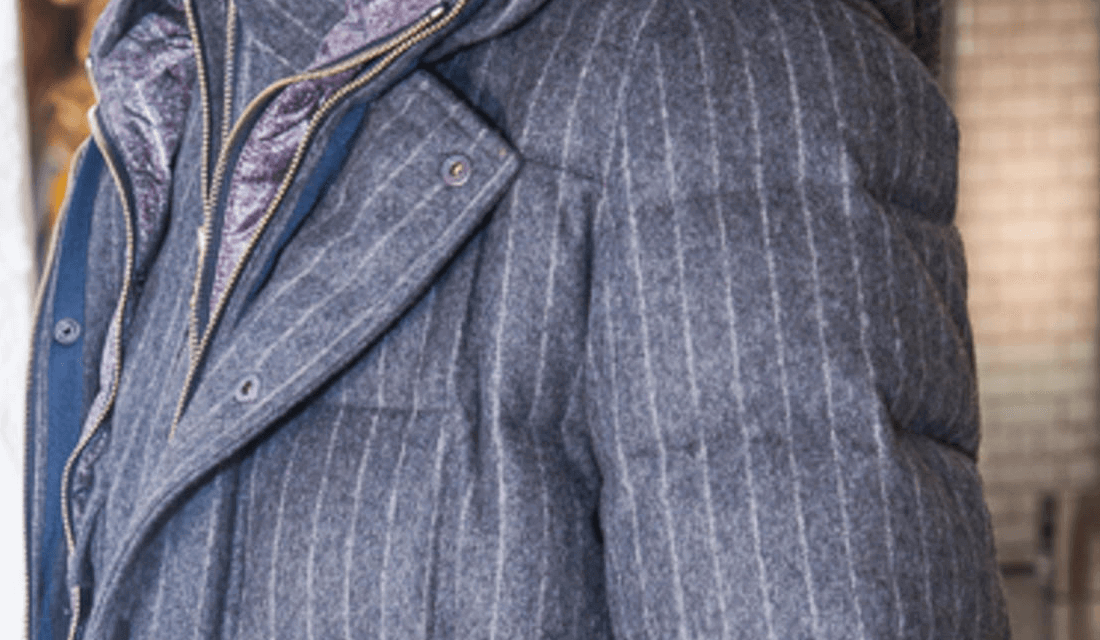 British menswear is seen as one of the most exciting in the world, where heritage style resides and contemporary style infuses. London Collections: Men saw the new wave of designers show their skills while mixing it up with the big boys. Notables included Matthew Miller, Lou Dalton and Baartmans and Siegel who, each in their own right, showed how far they’ve come and what direction they’re heading for the AW16 season. The bold use of fabrics during the Autumn/Winter collections is always an exciting thing to see from the designers with a noticeable rise in the use of shearling and leather. Colour palates remained classic with many greys, navy and black being supplemented with beige and the odd shades of green.

A keen sense of styling could be seen across all the brands, focusing on layering and outerwear. The likes of E. Tautz continue their large overcoats in superior fabrics with CMMN SWDN following suit with casual elegance throughout their outerwear. Our good friend Oliver Spencer brought his impressive take of casual tailoring with inspiration taken from maverick musician Ginger Blake. Casual layering gave a decisively nostalgic feel. While Universal Works reminded us how to play around with outfits that can be worn smart or casual. Their presentation nodded towards inspiration of fairground rides and suggested the playful manner in which you can and should approach dressing.

E. Tautz showed their strength in outerwear with wonderful coats made with luxurious fabrics including wool and cashmere blends. Pleated trousers  inspired by 1980’s kids who went to Coasters Roller Disco at Tollcross.

Baartmans and Siegel
Inspired by 1970’s industrial New York, a with the city’s diverse culture and the raw energy being the collections inspiration. Light grey pinstripe suiting was applied to a variety of garments while fur gave a opulent grace of confidence and attitude.

Lou Dalton
Lou Dalton has had a steady rise the past few seasons and the hard work has paid off benefitting with collaborations with Jaeger and a partnership with Woolmark. Lou’s aesthetic is a nice mix of contemporary casual with a bold silhouette mixing various wools in bomber jackets, drop shoulder jackets and oversized denim jackets giving an air of utilitarianism.

Matthew Miller
With a Nouveau Riche theme, Matthew has gone about creating a clash of modernity and history with clothing that is bound with utilitarian detailing. Leather jackets and bomber jackets have been paired with classic silhouettes complimenting each other to wonderful affect.

1205
Beautifully crafted garments in a clean silhouette with a timeless menswear appeal giving a contemporary touch to timeless pieces. Beautiful fabrics including shearling and  Designer Paula Gerbase studied womenswear at Central Saint Martins and trained at Hardy Amies and worked as Head Designer for Savile Row tailor, Kilgour. A real talent and we like what we see.

We were staying at LC:M partner the Radisson Blu Edwardian hotel in Bloomsbury. Every season it’s transformed into a hub for buyers, press and models to relax and recharge between shows and presentations. It acted as perfect location for us to move between shows and return for lunch at their Steak & Lobster restaurant. It also allowed us to freshen up and have brief outfit changes before attending evening events.

We could see the continual attraction of London for mens fashion with international buyers in attendance including Beams and United Arrows from Japan as well as Carson Street, Saks Fifth Avenue and Bergdorf Goodman from America, to name a few. It’s inspiring to see their interest in British design and willing to support the younger designers as well as championing the tailoring heritage that bodes us so well.

We noticed a continued trend following on from previous seasons and that’s the experimenting of layering. Shirts remained long but with winter being the season of cooler months, designers showed how you can play with shorter jackets on top of longer ones with complimenting colours and textures. Roll necks were put to good use too by numerous designers – even styling them underneath shirting – something that the fashion pack have been championing and we’re keen to adopt ourselves. There was also clear indication that brown will slowly be making our way back into our wardrobes. It could be seen used by a whole host of designers using it in various guises – our favourite was E. Tautz’s light brown corduroy trousers.