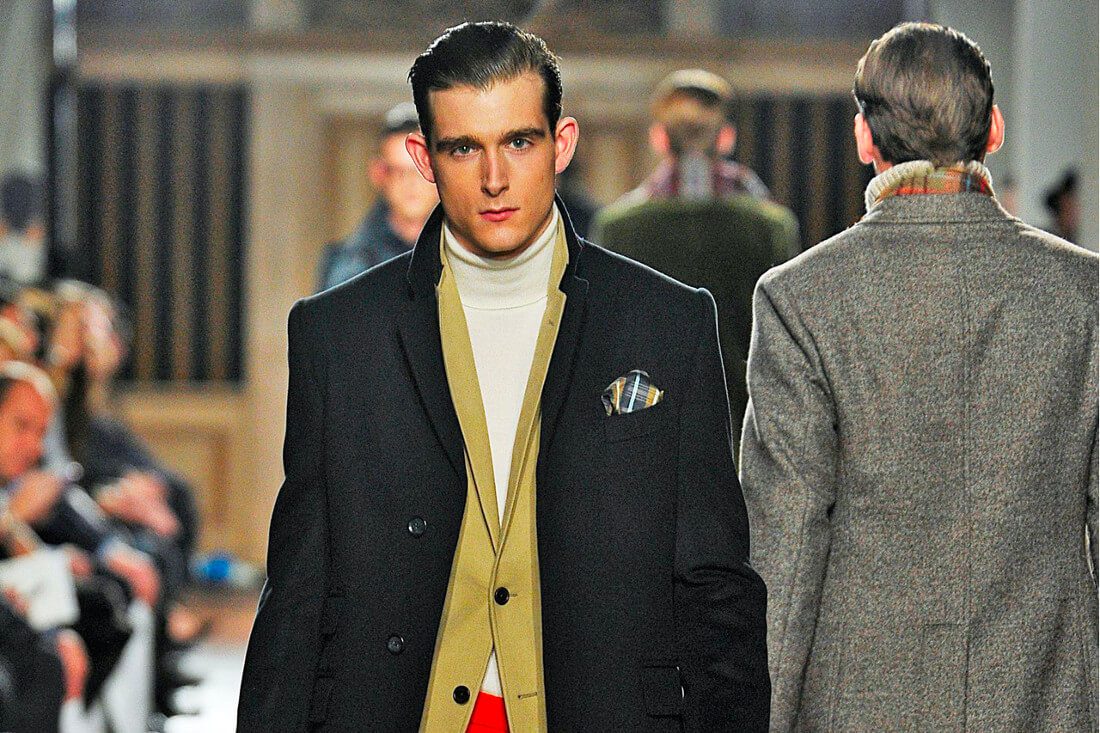 Previously a one-day affair at the end of London Fashion Week – British menswear has long been shunned as sub plot to its women counterpart. However, this weekend saw a change to that; for the first time in history men from London and beyond were treated to a three-day feast of stylish delights.

London Collections: Men saw a mixture of established British names stand side-by-side with young pioneering new talents to produce an innovative range of shows. Residing among the bold checks of Hackett London lay an array soft pastels, kick-starting the move from English gent to gentleman abroad. This theme continued to the tale of Sir Wilfred Thesiger, the protagonist which inspired E.Tautz’s latest collection. Awash with a wild fire of swooping capes, simple silhouettes Patricks Grants rendition was one to remember.

Although colour was an abundant theme, there was no dismissal of classic ideals. Spencer Hart showed a cascade of well thought out tailoring, as did the equally accomplished Oliver Spencer – both displaying just what can be done with a single breasted suit. It is fair to say tailoring is far from dead next season.

A more detailed report on all the London Collections shows to follow, stay tuned…