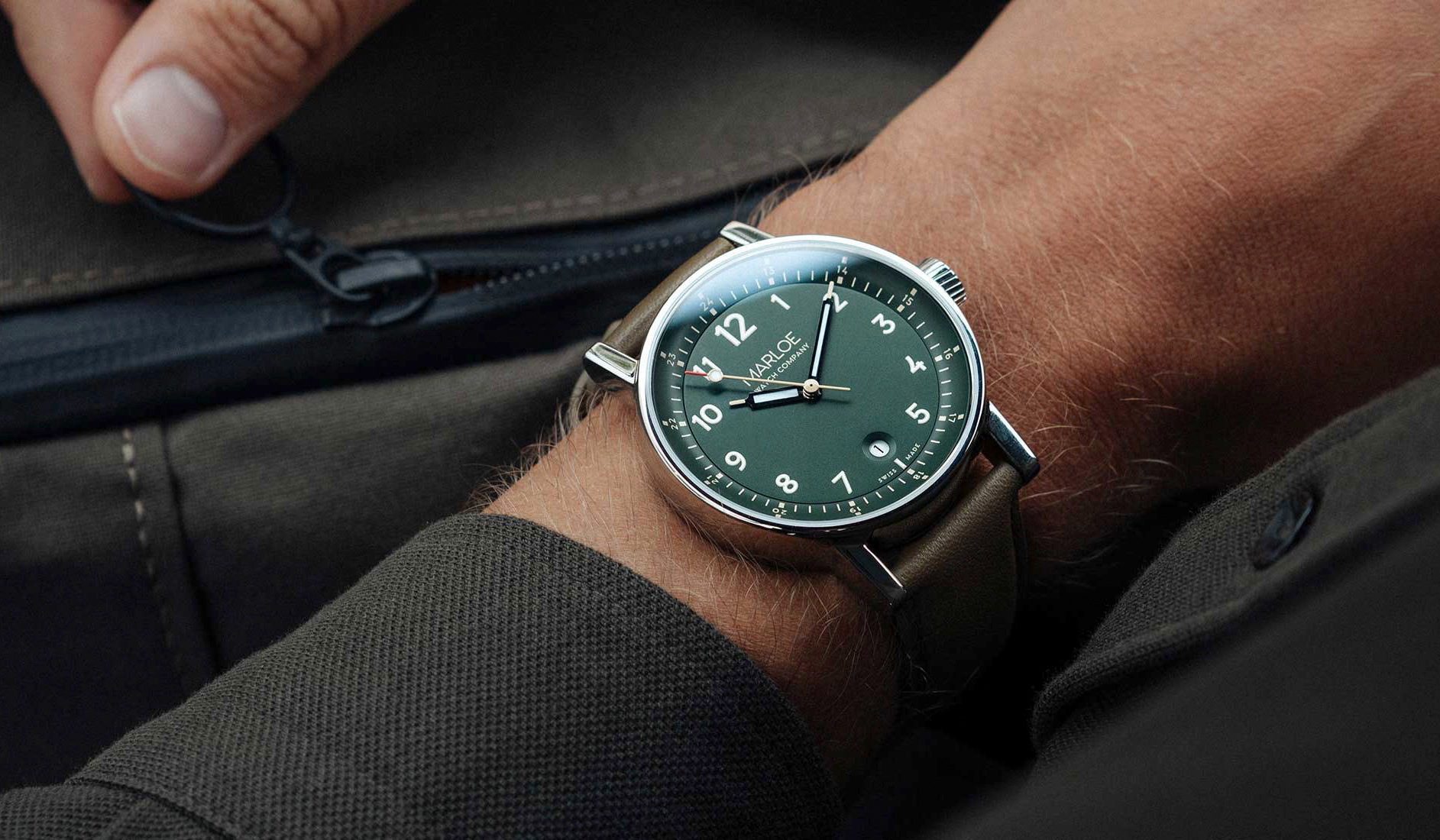 Thirty-three miles west of London, along the banks of the River Thames, you’ll find Marlow. Don’t worry if you’ve never heard of the place. While it is painfully pretty in a traditional British way, there’s no real reason it should be on your radar other than potentially for a scenic walk or two.

Yet despite its sleepy nature, the town directly inspired one of the rising stars of British watchmaking: Marloe Watch Company. While today Marloe Watch Company is located up in Perth, Scotland, it was in Marlow that founder Oliver Goffe first discovered the downsides of many a quartz timepiece. Sure, they keep near-perfect time, but open up the back when you need to change the battery and you’ll find out that they often don’t exactly feel ‘prestige’, despite the sometimes prestige price tag.

This was back in 2015. By 2016, Oliver had teamed up with Gordon Fraser and launched their first collection under the Marloe Watch Company name. That’s an impressive turnaround by any stretch, but all the more so given the watches were genuinely cool.

A Story Of Endeavour Each watch in the Marloe collection is inspired by a story of endeavour, of explorers, record breakers and individuals that did the supposedly impossible. That means plenty of rugged tool timepieces combined with a healthy dose of British heritage, two elements that go together very nicely. Take, as an example, the Haskell, which is inspired by the Terra Nova expedition by legendary British explorer Robert Falcon Scott. The expedition didn’t go well. Not only were they second to reach the South Pole, the team never made it through the return leg of the journey. Scott’s final entry in the journal, still preserved in the British library, read:

“Had we lived, I should have had a tale to tell of the hardihood, endurance, and courage of my companions which would have stirred the heart of every Englishman.”

It’s not hard to imagine the Haskell on the wrist of such explorers. A modern adventure watch with its oversized crown for grip, it’s easily legible numerals and classic good looks, it’s a fitting tribute to Antarctic adventuring. Perhaps more poignantly, the latest edition, the Haskell Global, hopes to raise money to support the #WeTwoExpedition, a 100% carbon negative trip for underprivileged young adults. Scott would be proud. The Haskell Global in fact is the first in a new series of watches that hope to shine a light on environmental issues across the world – be that ocean plastics, deforestation or global warming. Given this is one of the most handsome timepieces in the Marloe collection, they’re off to a good start.

Now, there’s no denying the watches are well-designed and as they’re built in Switzerland, quality shouldn’t be an issue either. But like many a British watch brand – and our homegrown watch industry in general – what sets Marloe apart for most watch lovers is value.

The Haskell for example, with its old-school field watch good looks, impeccably handsome dials (especially in the green) and Sellita manual-wind movement comes in at just £745 (or £795 for the more ornate Haskell Global). And that’s pretty much Marloe’s top end. The brand’s most recent pair of releases, the Bonneville and Eyre, have been created in honour of Sir Malcom Campbell and his son Donald and named after the pair’s land speed records. They’ve been built in official partnership with the Campbell estate, they’re handsome in a vintage racing way and will set you back just £329.

That’s a good price for any Miyota-equipped watch, but for one of these limited editions it’s incredible. So whether you’re buying into the story behind the watches, the impressive build quality in this price range or simply the sheer value on offer, Marlow should no longer be just a sleepy town on the Thames, but the birthplace of the next British brand you should own.