When it comes to shopping for a new perfume for yourself or someone else, it can be helpful knowing that all fragrances belong to a set of olfactory families. Ever tried a scent-finding service? One of the first things they try to establish is your general preference within these categories. From there, the wizardry of helping you find ‘the one’ can seem clairvoyant, but it’s down to experience and knowledge, not tea leaves and tarot cards. Once you know where your preferences lie, it can be easier to navigate the world of scent, especially from online.

So, what are the fragrance families and where do they come from? “It’s very much part of traditional French perfumery,” explains Lyn Harris, “it helps bring a rationale and structure to this art form.” As the perfumer and creator behind Perfumer H, Harris has categorised the collection of scents under Citrus, Fern, Floral, Oriental and Wood.

The fragrance families have evolved over centuries. A quick online search will throw up dozens of different versions of the fragrance wheel, a colour coded chart that often breaks scents into the aforementioned categories along with: Chyprè, Fougère, Aromatic and Fresh. Thereafter, there are subdivisions like ozonic, citrus or aquatic to further define the character of a scent. There’s ample room for interpretation, so you might see the same fragrance categorised slightly differently.

Harris, who trained in both Paris and Grasse, the world perfume capital, under manufacturer Robertet before founding (and departing) Miller Harris – as well as working on fragrances for Maison Trudon, Claus Porto and Sunspel – says the current trend in perfumery is clear: “woody, woody, woody; in my French families it’s fresh woods/fougère or deep wood/chyprès.”

Do all fragrances fall within the families or are there brands out there breaking the mould? Harris says, “rules are there to be broken, and my work does go off and can blend into two or more families. But, I would say the structure of the families always brings you back as a perfumer, which is very important to have in the background. Also this sense of heritage, which is for me important to preserve as well as pushing the boundaries.”

Here’s a quick breakdown of the key fragrance families you should be aware of. Before the introduction of the T-shaped safety razor in 1847, men didn’t much wear perfume, using aftershave instead. To protect the skin against infections from nicks and cuts, Eau de Cologne were used as an after splash, the origins of which date back to 1709 and the German town of the same name.

Then, in 1882, the French perfume house Houbigant released Fougère Royale. It was an unexpected hit with men and the unique structure of lavender, geranium and rose went on to become a common signature in masculine fragrances that perfumers rely on today. Incidentally, fougère is French for ‘fern’. 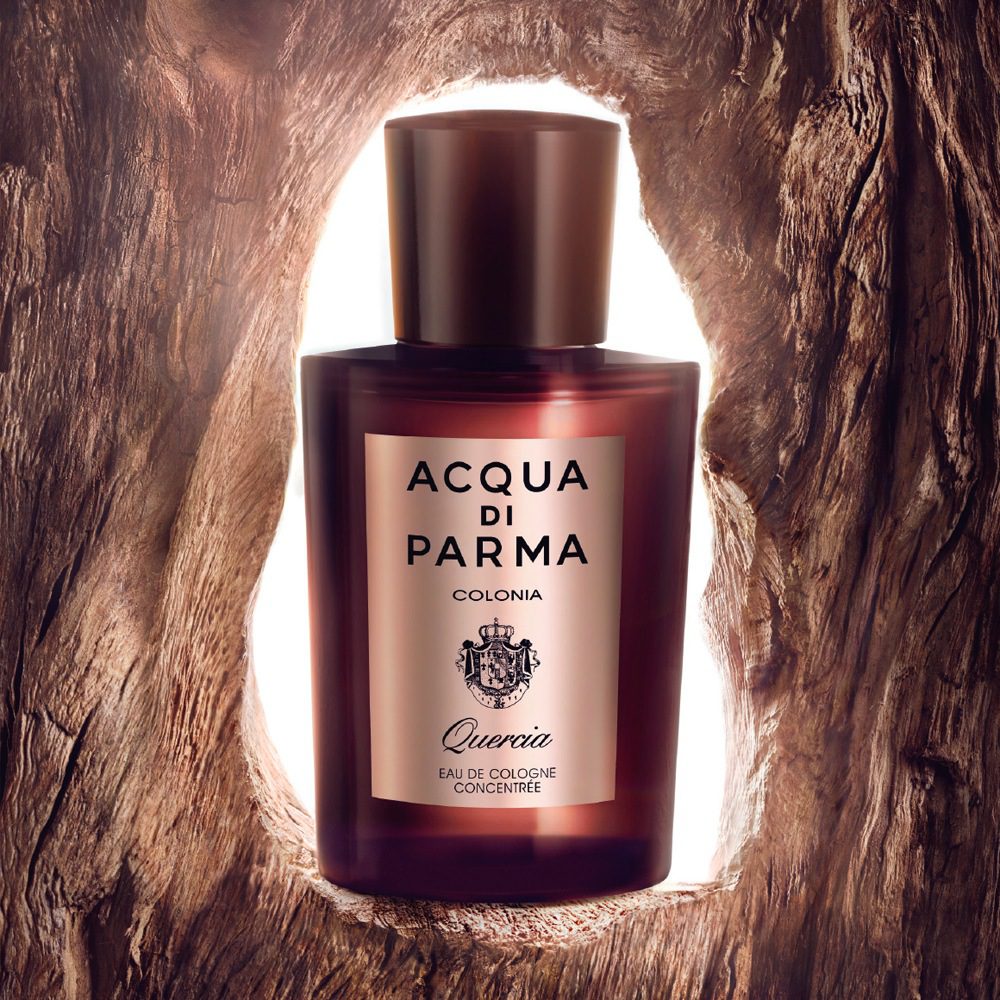 Chyprè (or ‘sheep-ra’ as it’s pronounced) is a warm, dry olfactory family that uses oakmoss and woods, often balanced with citrus. The French company Coty put this category on the map with the launch of Chyprè in 1917, and Guerlain followed up with Chyprè Sous Le Vent in 1933.

It’s a sophisticated style that is confident and assured – think Tom Ford’s Italian Cypress for a modern take. 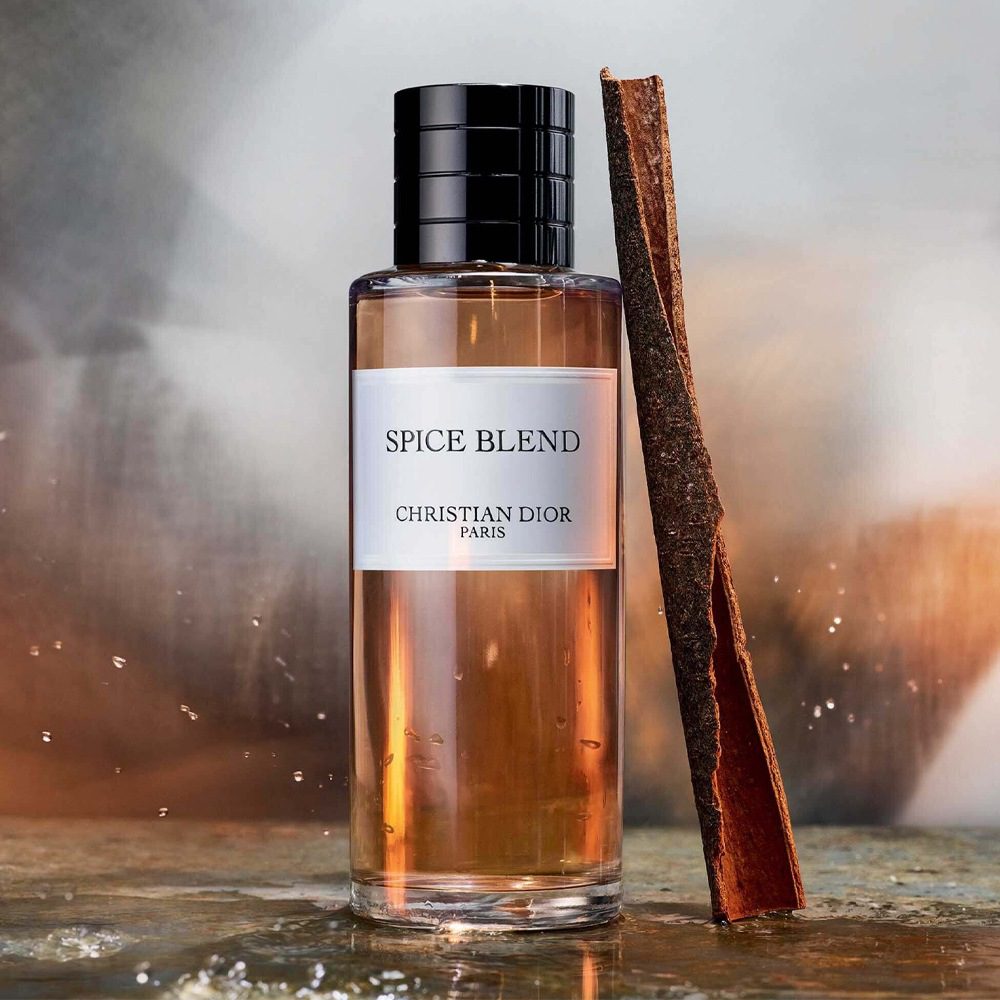 Perhaps your dad, uncle or grandfather had a bottle of Old Spice? This pre-war scent was launched in 1937 and built around vanilla, musk and amber. At the time it wasn’t considered particularly manly. For those that can remember its heyday, it’s often more associated with cheesy 1970s and 1980s ads – but it’s still a trailblazer.

Although florals can appear too, spices, resins and woods are typical ingredients in oriental scents, the origins of which can be tracked along the historic spice routes between India and Arabia. Orientals tend to be rich and seductive, heavier on the base notes with good longevity and suited to the colder months. 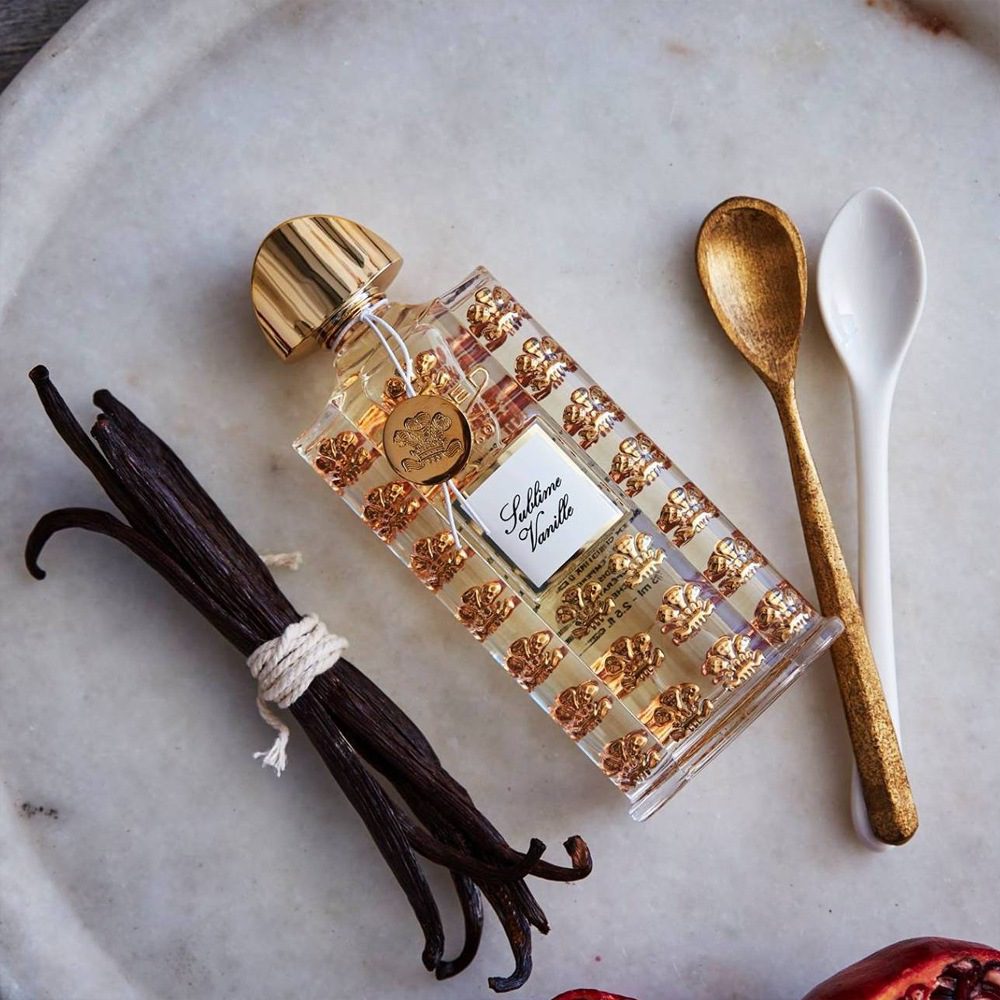 This modern category relates to anything that evokes sweet, sugary things, like chocolate, vanilla, coffee, candied fruits or foods. A*Men by Thierry Mugler and some of its flankers certainly brush this category, with lots of vanilla, cacao, tonka bean and honey.

Get to know the best new fragrance releases, and some established favourites, by their fragrance family. 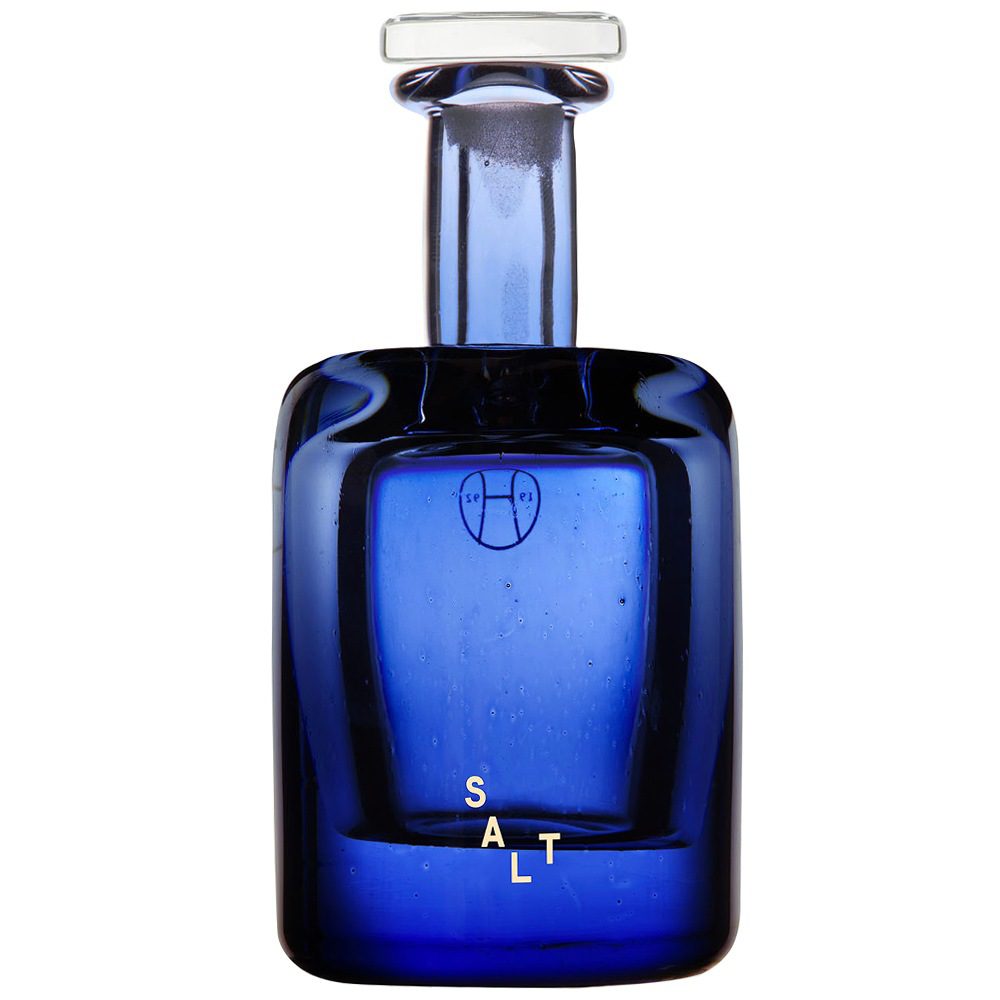 Lyn Harris adds three new scents to the Perfumer H collection, each inspired by epicurean delicacies: Cucumber, Pear and Salt, with a line of foodie treats to match. There is an obsession in gastronomic corners with the gourmet varieties of the white stuff – be it Hawaiian, Himalayan, Cornish, Maldon, Fleur de Sel or smoked. 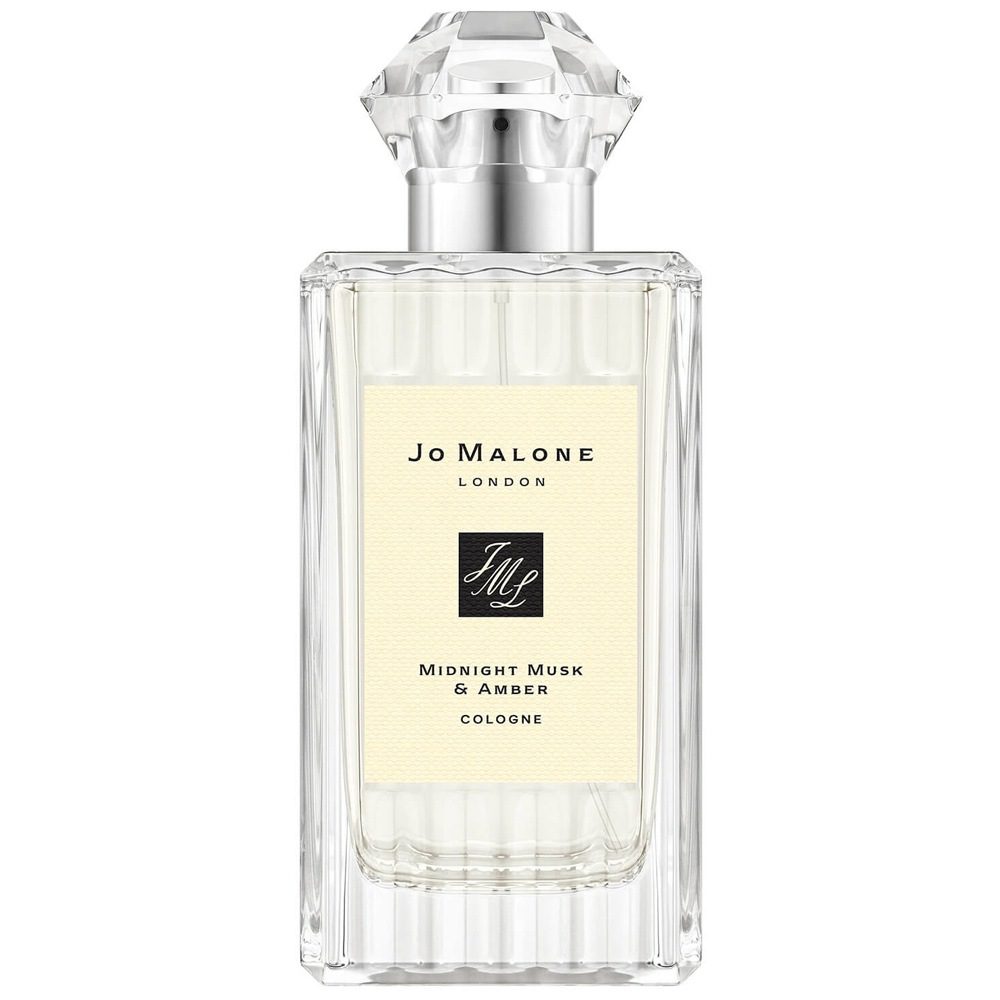 New Year’s Eve might be a less crowded affair compared with previous years, but you can conjure a troupe of high-kicking dancers with a quick spritz of the new Midnight Musk & Amber Cologne. Juniper and mandarin bring the festive cheer, while amber and musk seduce. Apply to the pulse points and loiter near the mistletoe. 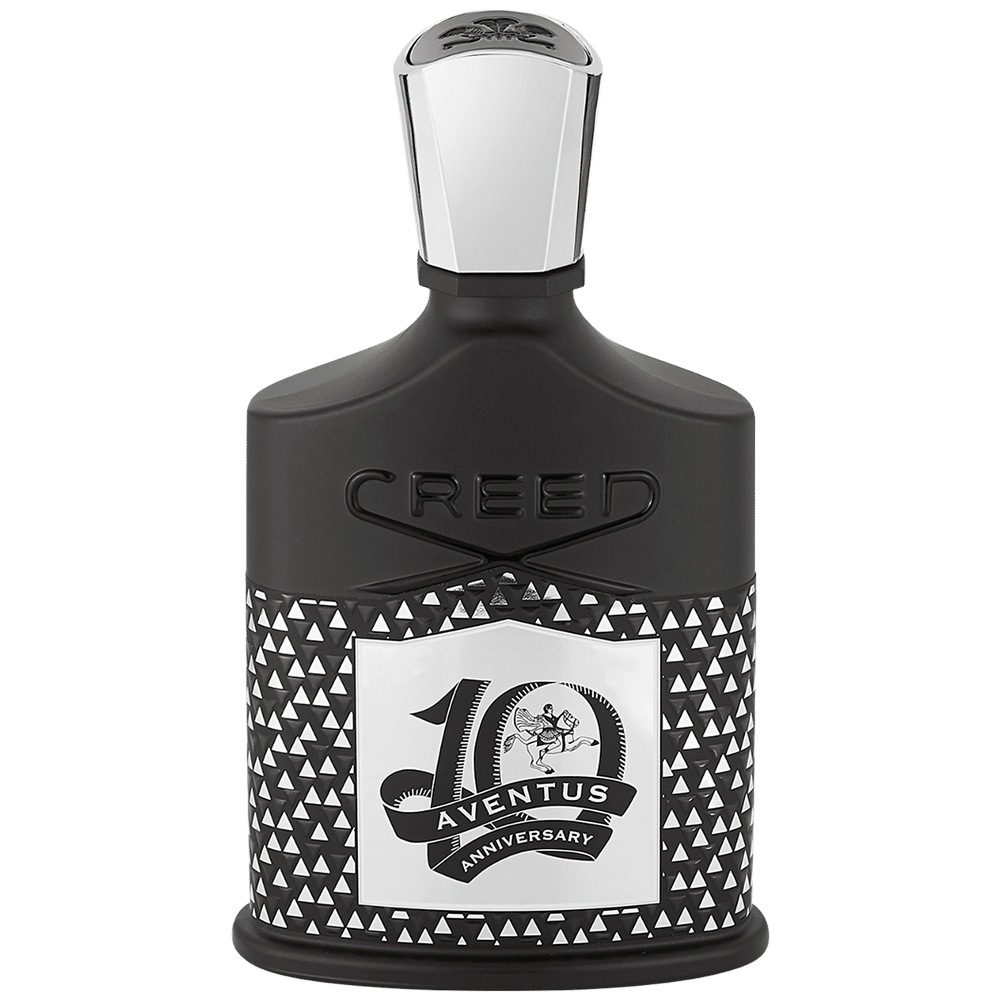 To celebrate the 10th anniversary of the cult best-seller, Aventus, Creed has released a limited-edition flacon – yup, that’s the posh word for bottle. It’s adorned with a limited-edition silver pattern, and you can have the back engraved with initials or a personal message for the recipient. “Happy Christmas to me,” perhaps? 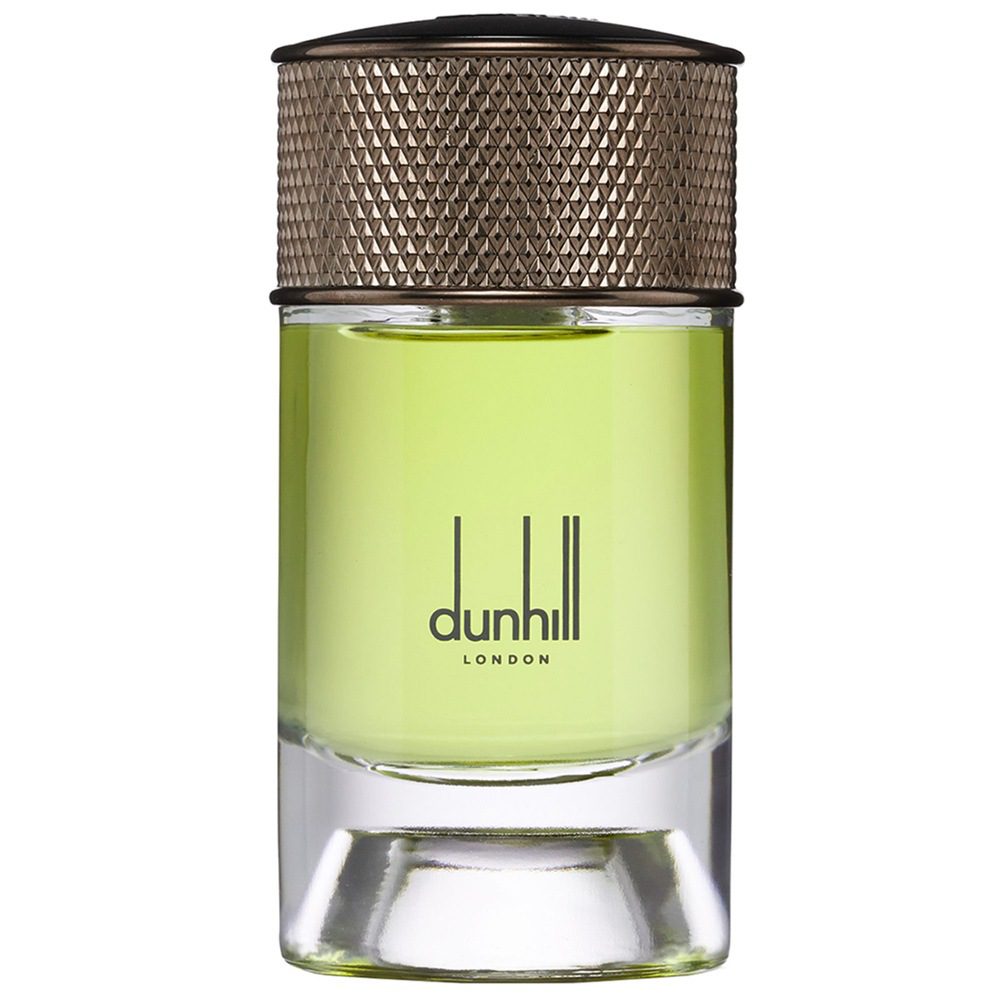 One of two recent additions to the exclusive Signature Collection, Dunhill’s Amalfi Citrus is a welcome olfactory tour of the famous spot that clings to the cliffs of Salerno. Blow away the winter chills with a Mediterranean medley of lemon essence, bergamot, bitter orange, green mandarin and neroli over a musky base of amber woods and vetiver. A new scent for men from the US fashion brand, Coach Blue kicks off with fresh lime and absinthe, layered over ozonic notes and black pepper, and finished with a base of amber and cedar wood. It’s fresh and airy, just like those big American skies. 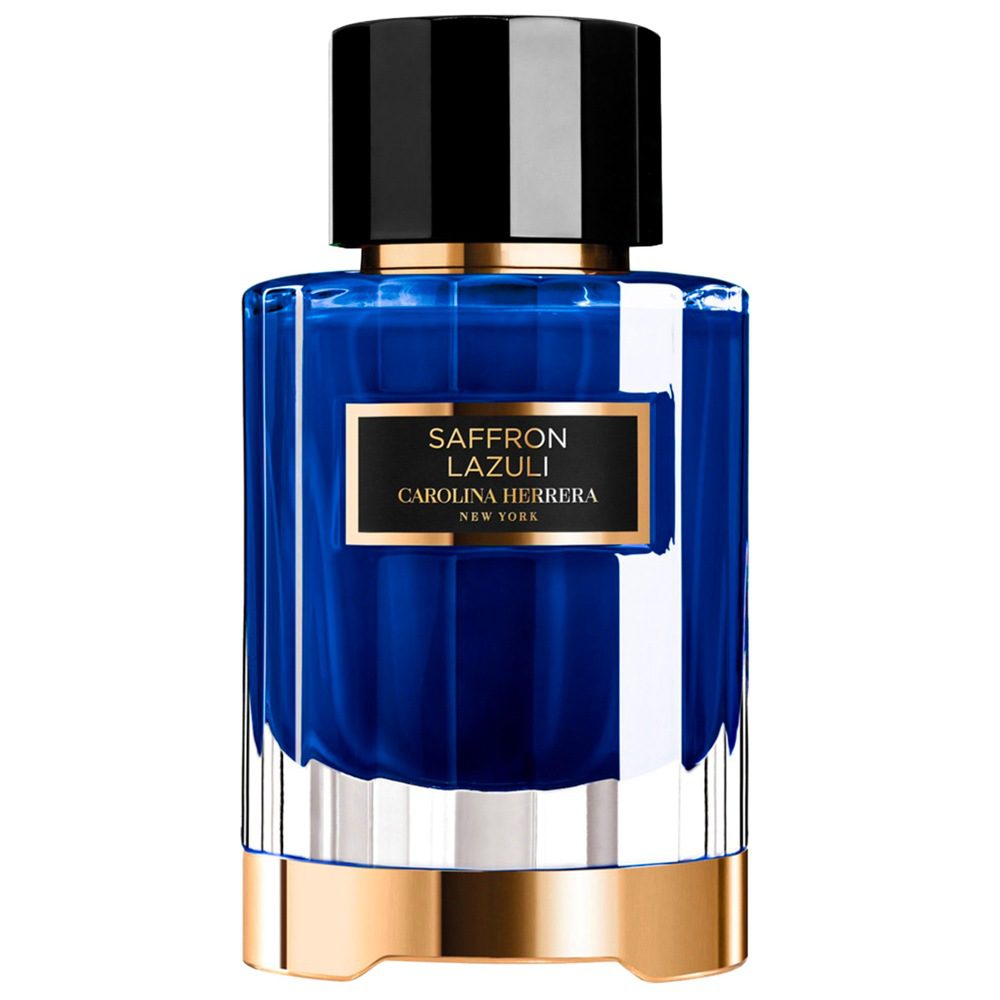 Everything about Saffron Lazuli screams decadence – from the weighty, gold-heeled bottle to its deep blue interior. Caroline Herrera’s unisex offering serves up some major Middle Eastern vibes, a considered departure from the brand’s New York locale.

Lapis Lazuli is known as the gemstone of success so if you’re in need of some extra luck, try misting yourself with this heady combo of red pistil, blackcurrant, iris and guaiac wood and smashing those targets. 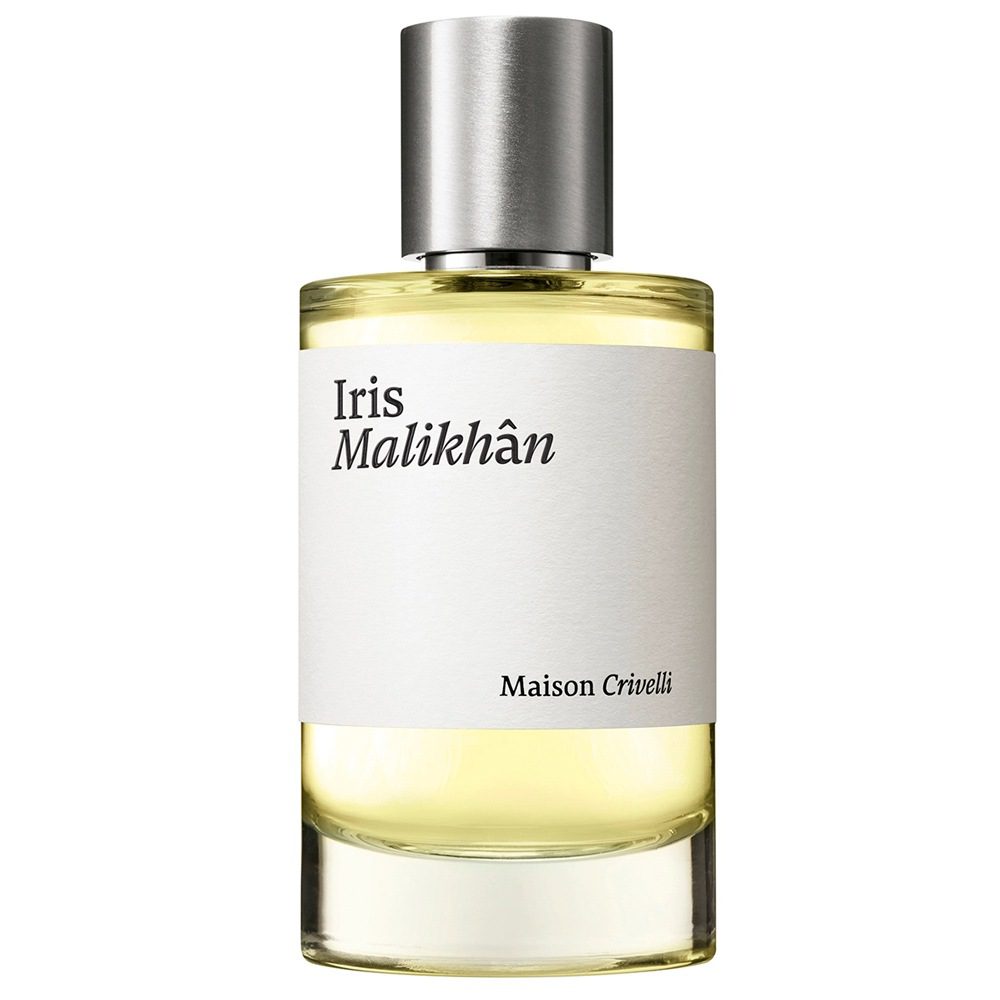 Fields of iris at the desert’s edge provides the inspiration for Iris Malikhân, the latest release from French perfume house Maison Crivelli. Coincidentally, we noticed that in Tagalog, the language of the Philippines, malikhain means ‘creative’, which seems to suit this powdery iris.

It captures the dry desert air, with earthy cinnamon, leather and a hint of blackcurrant. An escapist scent that will console frustrated nomads everywhere. 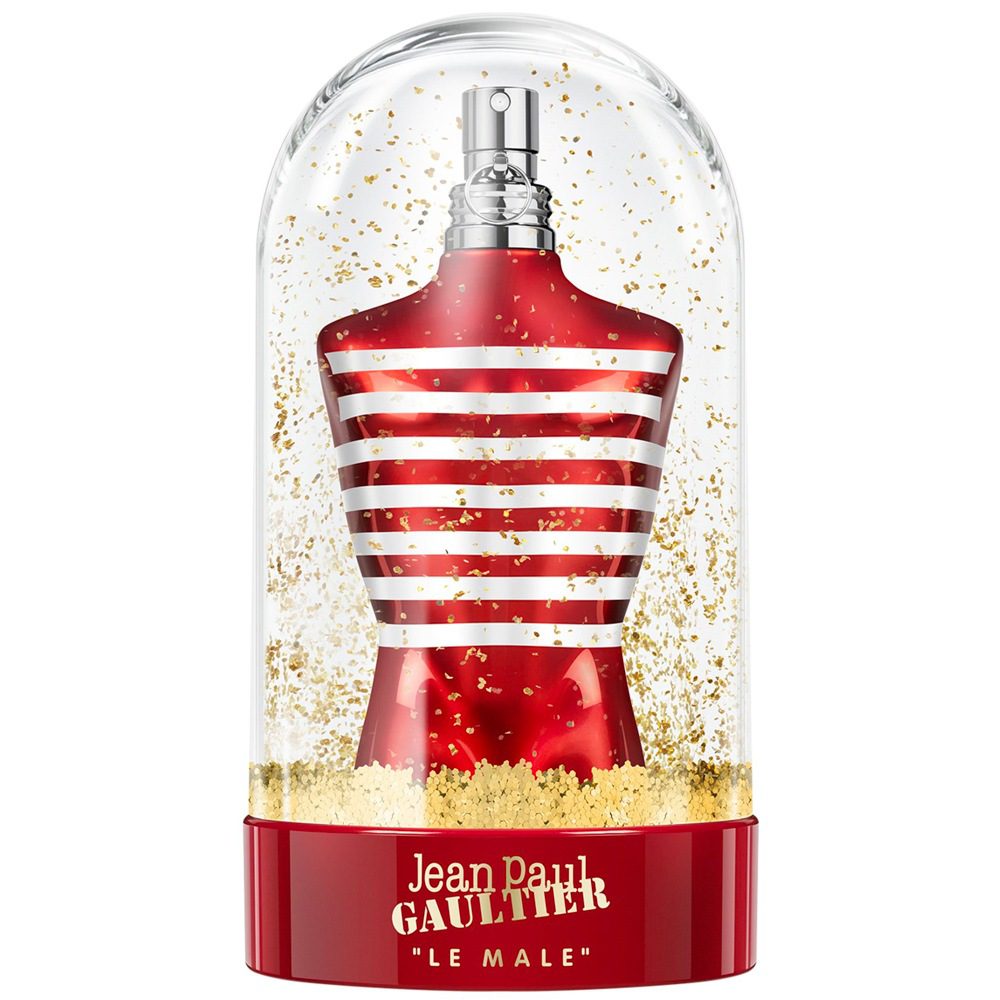 As one of the best-selling scents of all time, Jean Paul Gaultier Le Male needs little introduction. A distanced festive season might complete 2020’s tour de force as an annus horribilis, but there’s more than one Christmas tradition we can hang on to, including adding the Le Male collector edition to our stockings.

This year’s makeover has a cheering, red bauble finish in a glittering gold snow globe, with the famous, comforting scent of lavender, bergamot, cinnamon, vanilla and tonka bean. Camp, and fabulous. 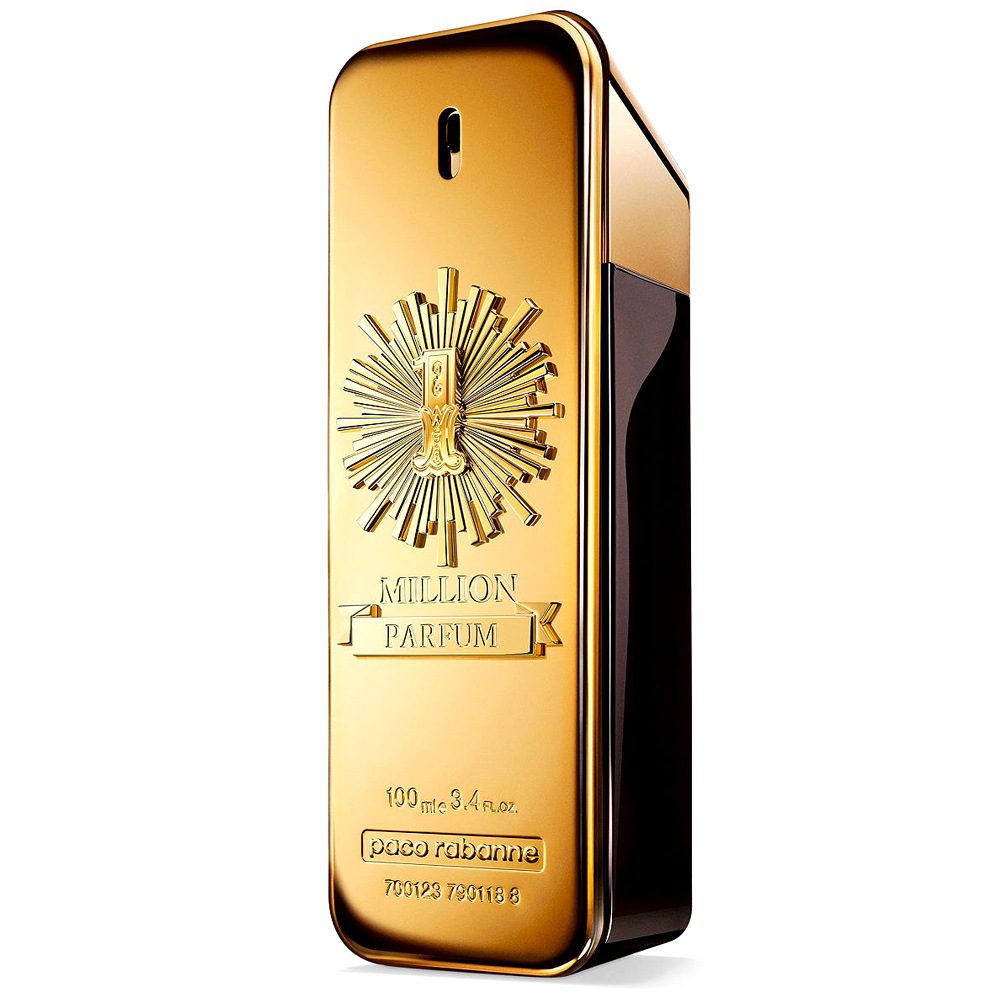