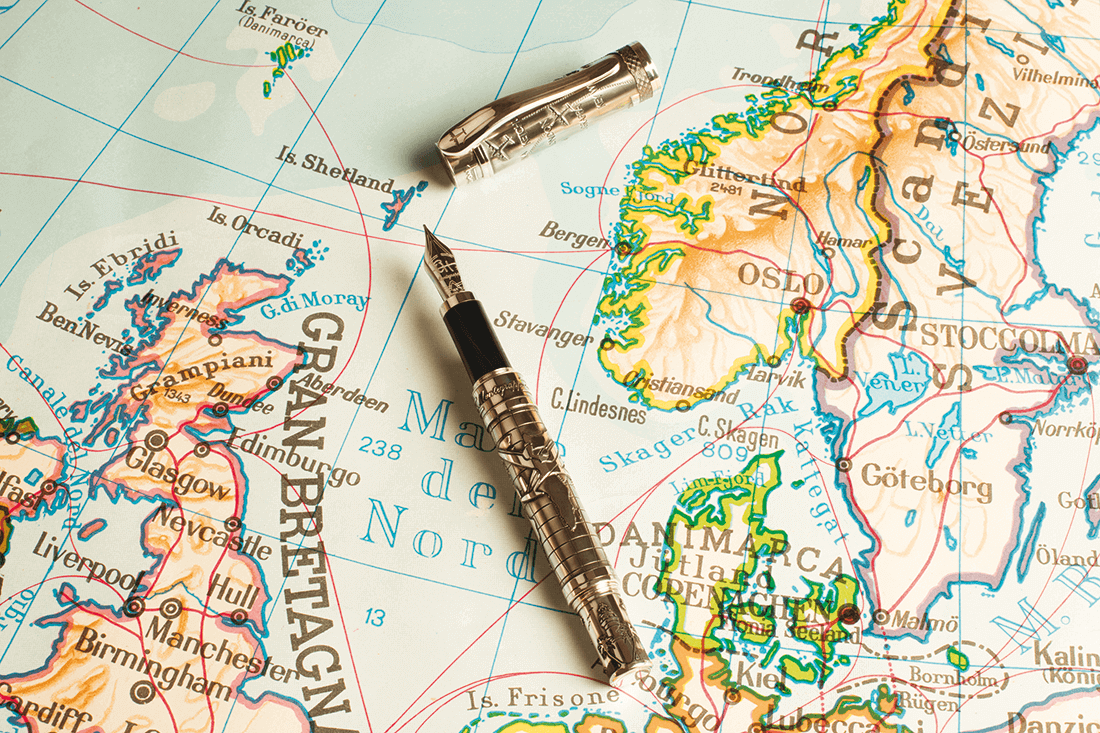 As part of Montegrappa’s limited edition series the famed Italian pen manufacturer is releasing a new Collection named Mightier Than the Sword, joining its Cult and Icon collections in honouring individuals of great cultural impact and influence. 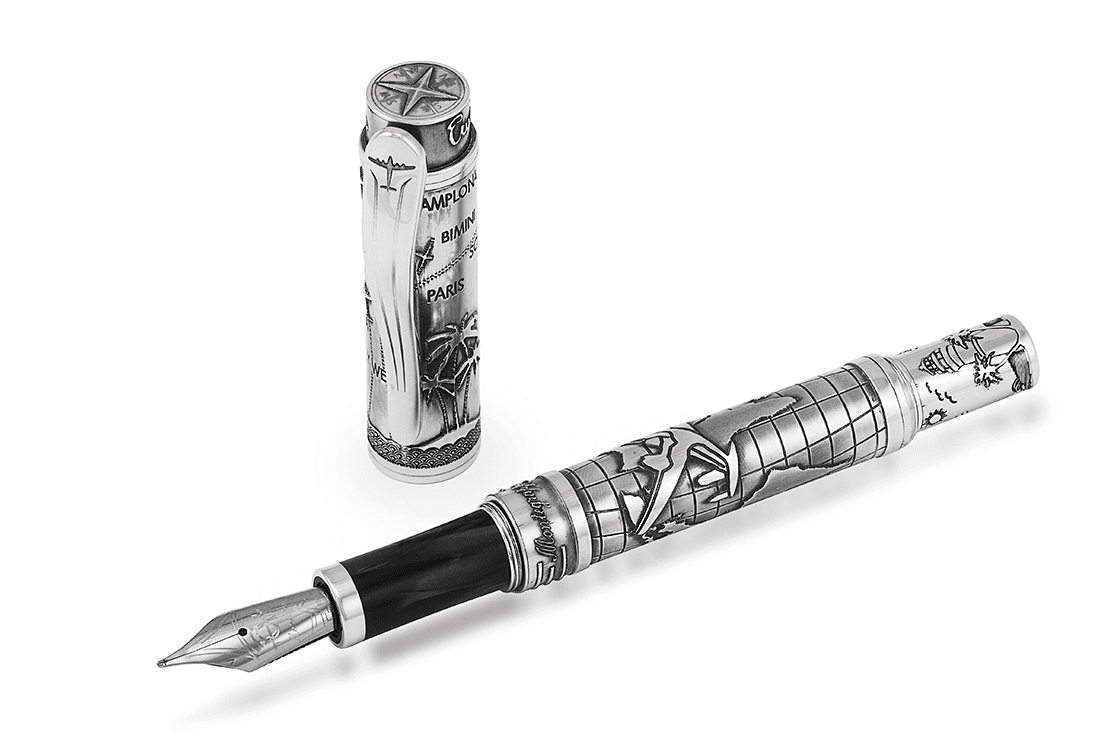 Appropriately- the The Hemingway Pens form the first family in this new series. Ernest Hemingway was one of the most innovative and influential writers, reporter and novelists of the 20th century, one who wrote, coincidentally, with Montegrappa pens. 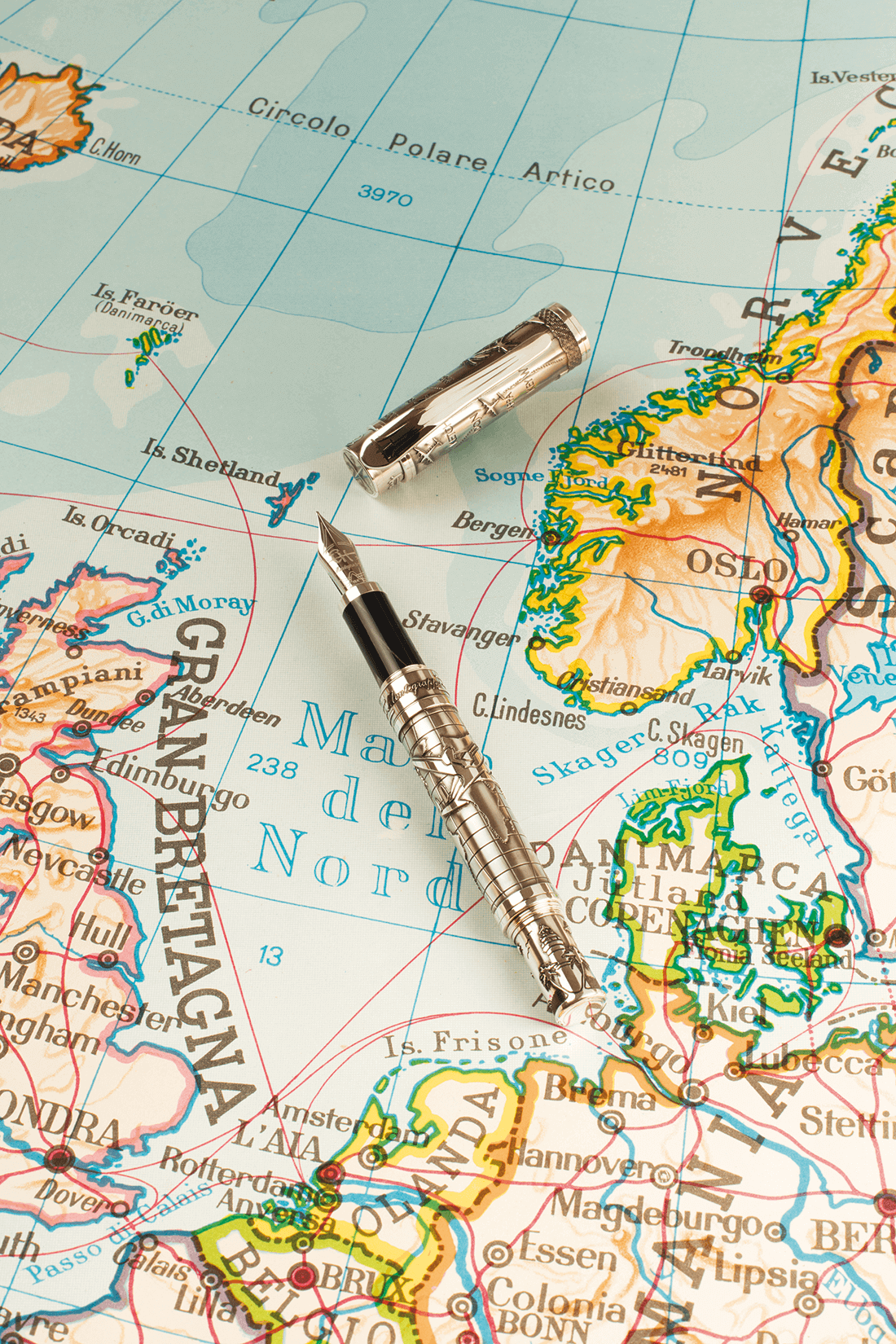 The Hemingway Collection is divided into four “chapters”: “The Soldier”, “The Writer”, “The Fisherman” and “The Traveller”. Each of these chapters of his life is embodied in a pen, offered in the three types: fountain, rollerball and ballpoint pens. Each model in the four topics is a limited edition of 100 examples. All pens in the series will be produced in celluloid with sterling silver trim or entirely in sterling silver. In addition to the silver editions, 10 examples of each of the three pen types, in each of the four chapters, are trimmed with 18k gold.

Hemingway was closely associated with a number of locations from Spain to Italy, Paris to the Florida Keys. Therefore- The Traveller in Sterling Silver and Charcoal Black celluloid, is adorned with airplanes, maps and passports, with 11 of his associated locations highlighted. 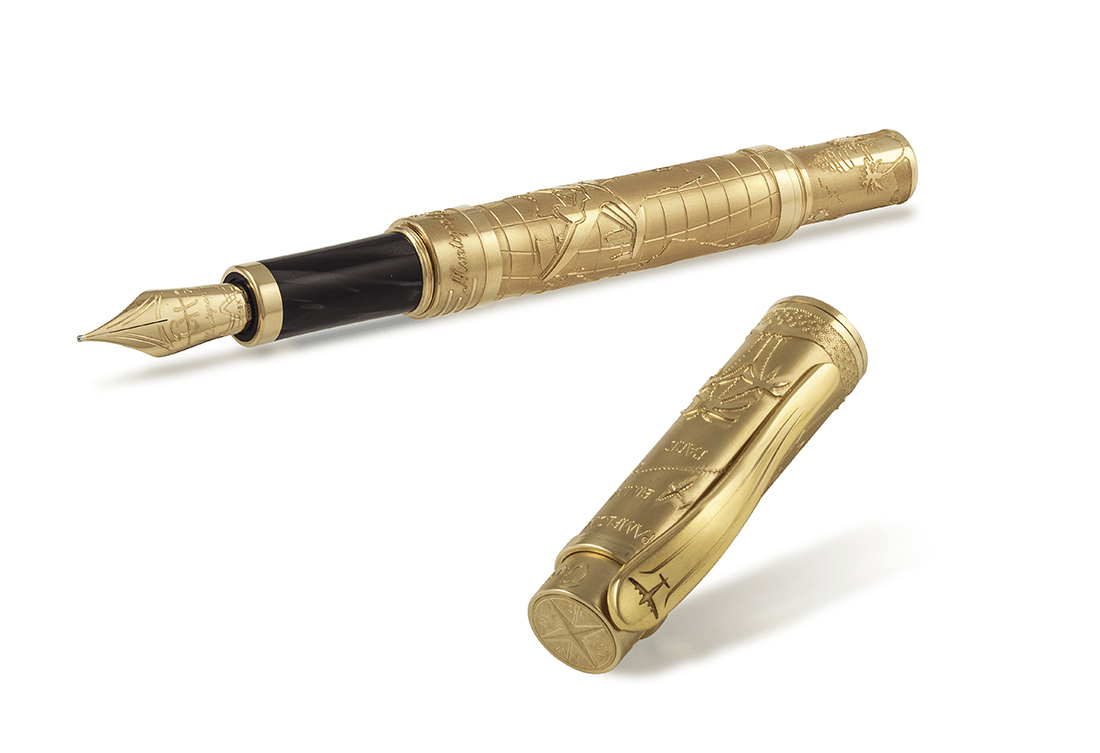 It is reminiscent of the era when travel was an adventure, the symbolism of the design showing the “starting” airport is the nearest airport to his birthplace while the other is the nearest airport to his place of death. A compass resides on the cap top, a repeating airplane motif dresses the clip and barrel, a sea light tower features on the barrel end and a boat steering wheel is positioned centrally.