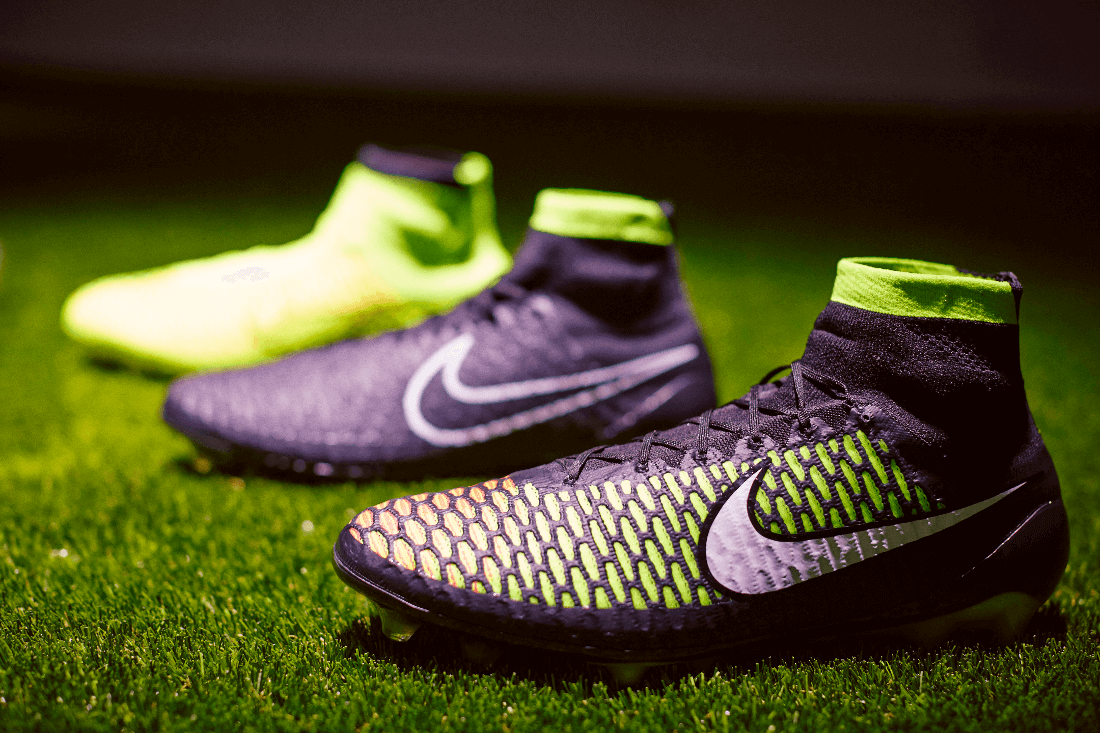 Whilst the World Cup’s drama may have passed; and in our case easily forgotten, the legacy of a flamboyant and colourful host nation in Brazil is set to continue through a revolution in football (soccer) boots. Here we take a look at some of the newest additions to the game for the 2014/15 season, in price order – just click the boot title to link through to the manufacturer/ to buy.

Continuing their revolutionary line of the Magistas; worn by Mario Götze as he secured Germany’s World Cup triumph, Nike have followed up the Obra boot with the striking Colourway. Expectedly colourful and incorporating the same unrivalled technology through their comfortable Flyknit inner layer, Nike hope to maintain their stranglehold on the football boots market. The powerful contrast between the black and bright green that transforms effortlessly into a light red on the other side is a treat on the eyes. Suited towards the more technical players, the Colourway is a godsend for those with a skill for passing.

Adidas have done away with the showy footwear associated with the World Cup in favour of a plain outside and typically sporting their trademark three white stripes. The return to a more basic pallet has become arguably more appealing after the world of football apparel’s recent experimenting with colours, yet the Adizeros still incorporate a flash of style to make sure they remain original and stand out.

A totally original football boot, Puma are taking a real risk in introducing something the likes of which have never been seen on a football pitch before. The evoSPEEDs boast a magnificent graphic of the anatomy of a human foot, that’s right, bones and muscles spectacularly rest against a plain white background. Radical, but oddly attractive, the evoSPEEDs are a must have for those that like to be different and could even be a marker for a total up haul in the way we see football boots.

Renown chiefly for their attention to comfort, when it comes to football boots Under Armour haven’t necessarily been associated with style and have perhaps consequently suffered in the sponsorship department. However, their latest boots find a healthy balance between practicality and aesthetic quality, the ClutchFit Forces are a succesful attempt to re-brand their presence in football and take advantage of such a huge market. Whilst they may not be seen so often in professional football, their cool blue outer and light green logo put them up there with the best.