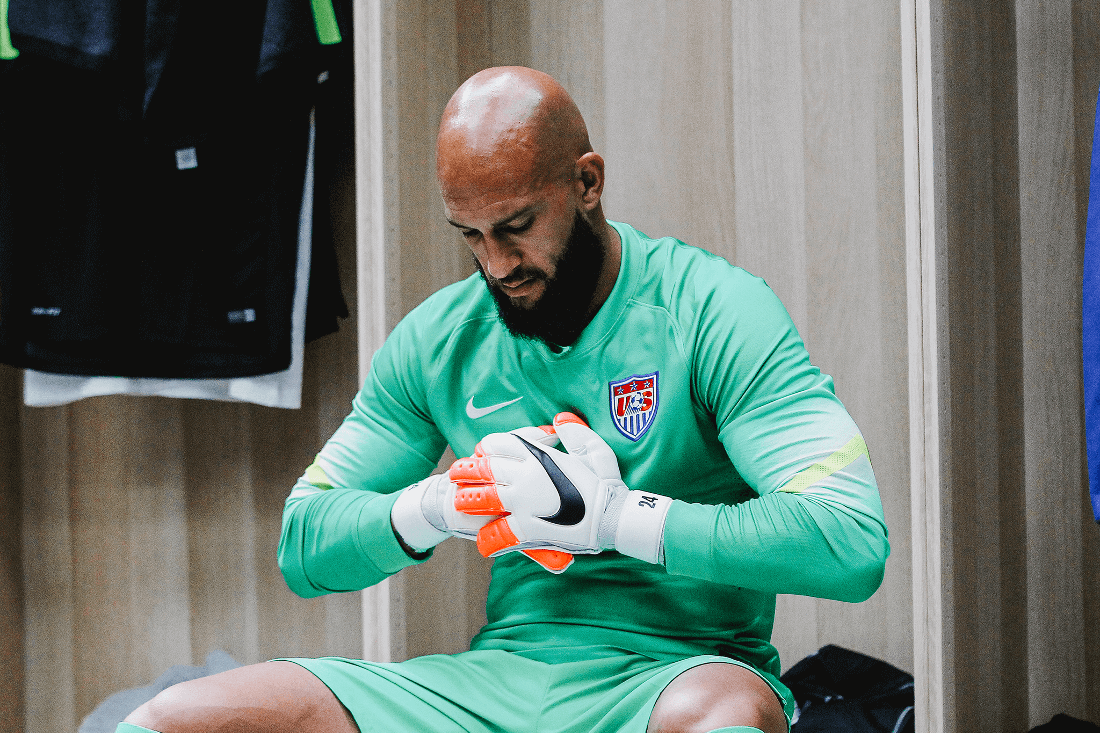 After the NFL returned to London last weekend, Nike have released a short film – ‘Suit up for Sunday’ which goes behind the scenes with Oakland Raiders running back Darren McFadden and the Everton & US goalkeeper Tim Howard.

The film portrays the dedication that McFadden and Howard invest in their physical training and mental preparation, as well as the steps they take every day to make that a reality. Both athletes were followed in the gym, through their changing rooms and on the training ground- confirming that training is about physical strength, but equally so – mental preparation is just as important.

‘Suit up for Sunday’ is part of Nike’s support for the 2014 NFL International Series Games. The first game saw the Miami Dolphins win 38-14 over the Oakland Raiders last Sunday, September 28 at Wembley Stadium. On Sunday, October 26, the Atlanta Falcons will meet the Detroit Lions and in the final game of the series on Sunday, November 9, the Jacksonville Jaguars will take on the Dallas Cowboys.