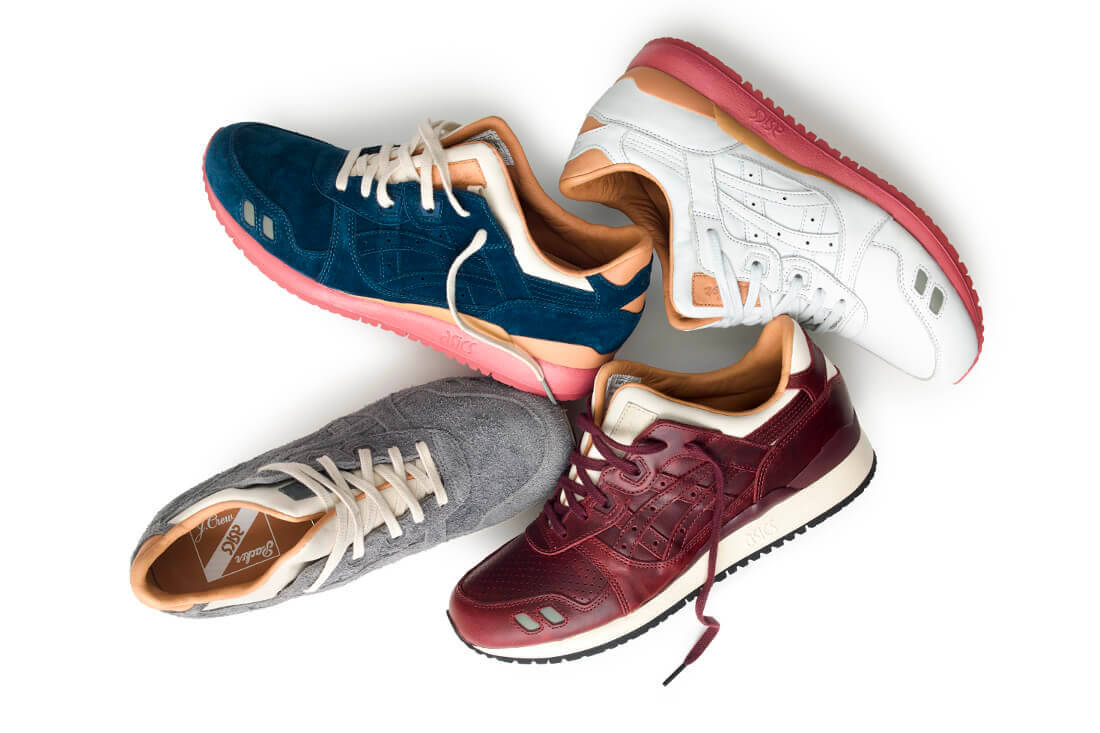 In their latest 1907 Collection, the trio of Packer, J.Crew, and ASICS have teamed up to release four reinvented editions of the classic Tiger GEL-LYTE III sneakers.

With a triple-density sole, GEL cushioning and a split tongue, the original ASICS Tiger GEL-LYTE III running shoe first gained popularity when it was introduced in 1990. Now, in J.Crew’s tradition of reinventing classic American styles, four exclusive, limited-edition takes on the shoe have been released, inspired by some of the best-selling men’s dress shoes in the 110-year history of Packer.

The first of these, the Oxblood Leather, comes in a rich Burgundy colour known as oxblood, as been a staple for men’s dress shoes since the mid-19th century, most famously with cordovan leather, which originated in Córdoba, Spain. 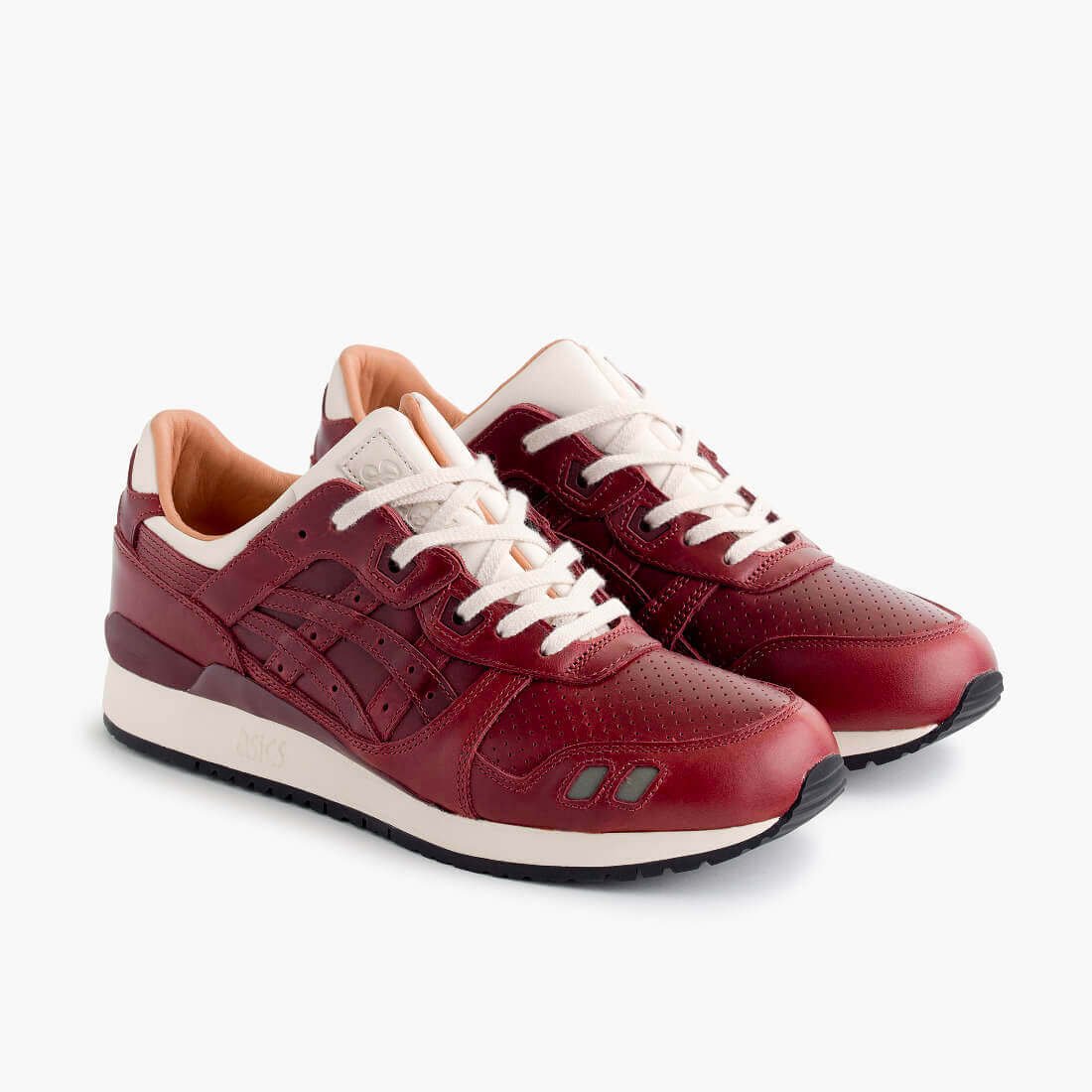 The White Buck is inspired by shoes initially made with suede buckskin and red rubber soles. White bucks were worn for summer sports in the early 1930s and came to define midcentury clean-cut collegiate style. White bucks were originally considered a sign that the person wearing them didn’t have work to do that might soil them- wearing them scuffed later became a symbol of youthful rebellion. An alternative to white or “dirty” tan-colored bucks, blue suede shoes were popular enough in the ’50s to inspire the iconic song of the same name. The third shoe, The Navy Buck, is based on this design. 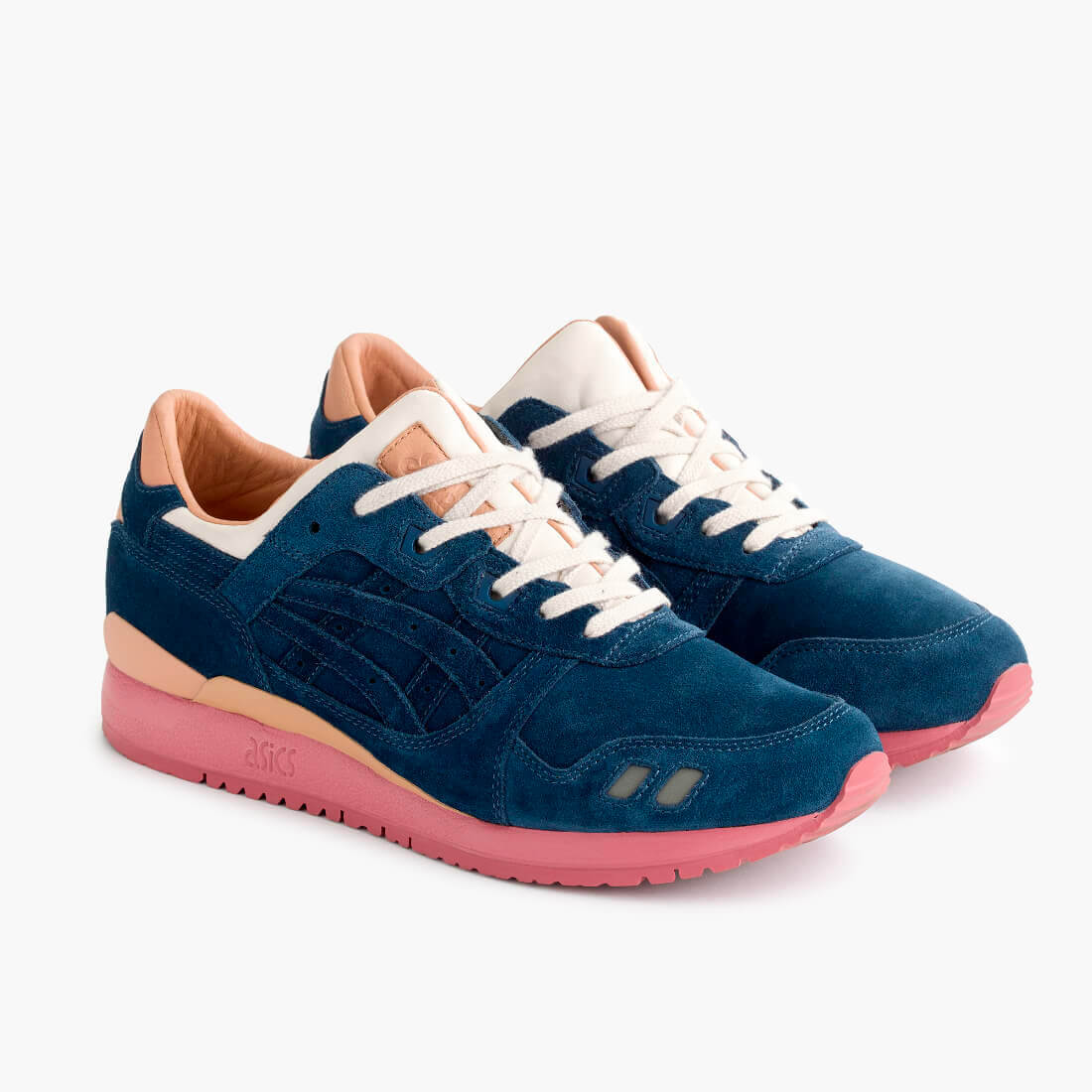 The last of the four shoes, the Charcoal Suede, comes from a favorite fabrication for tasseled loafers, a style that debuted in the 1950s, after the Academy award-winning Hollywood actor Paul Lukas asked shoemakers to remake a European shoe with fringed tassels on the laces. 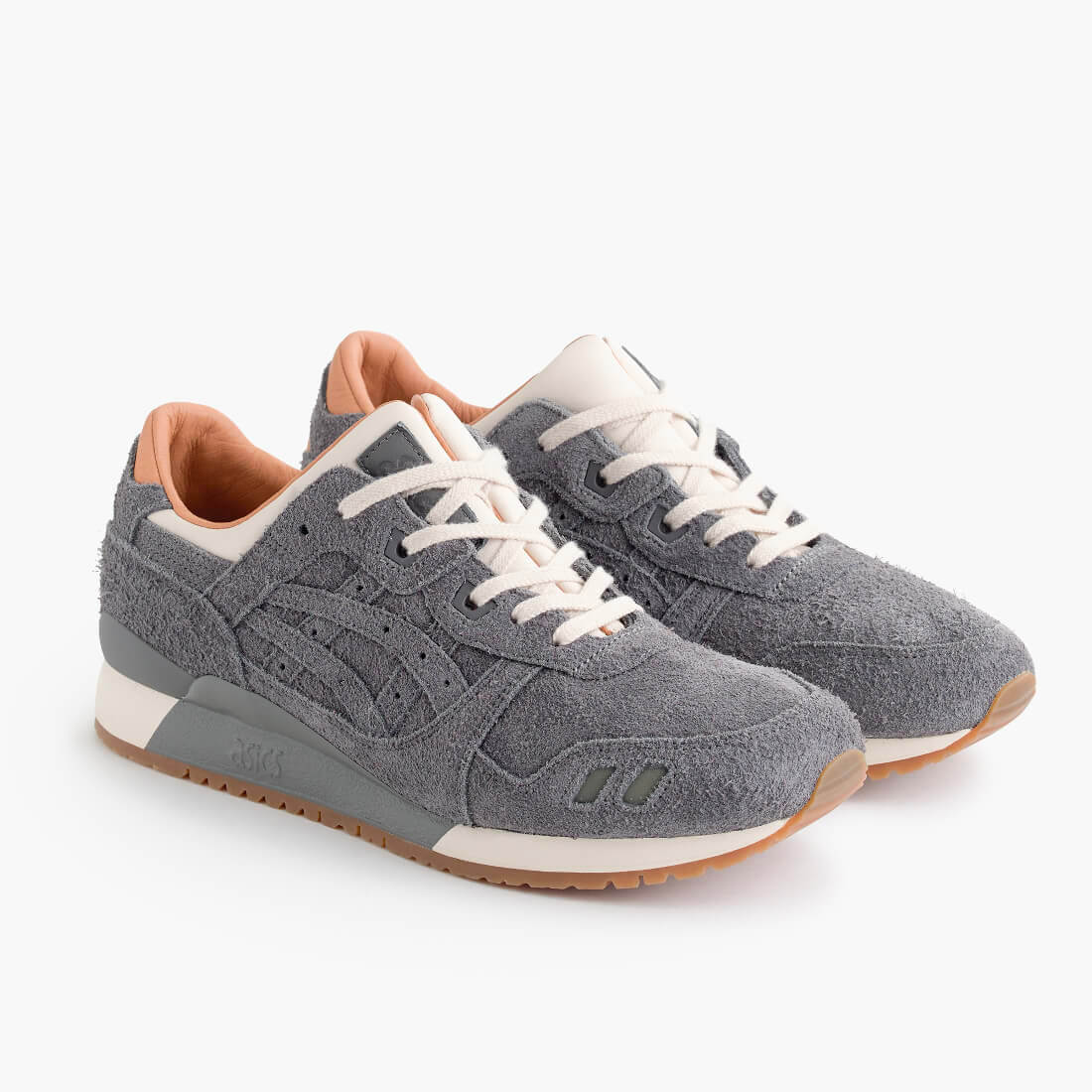