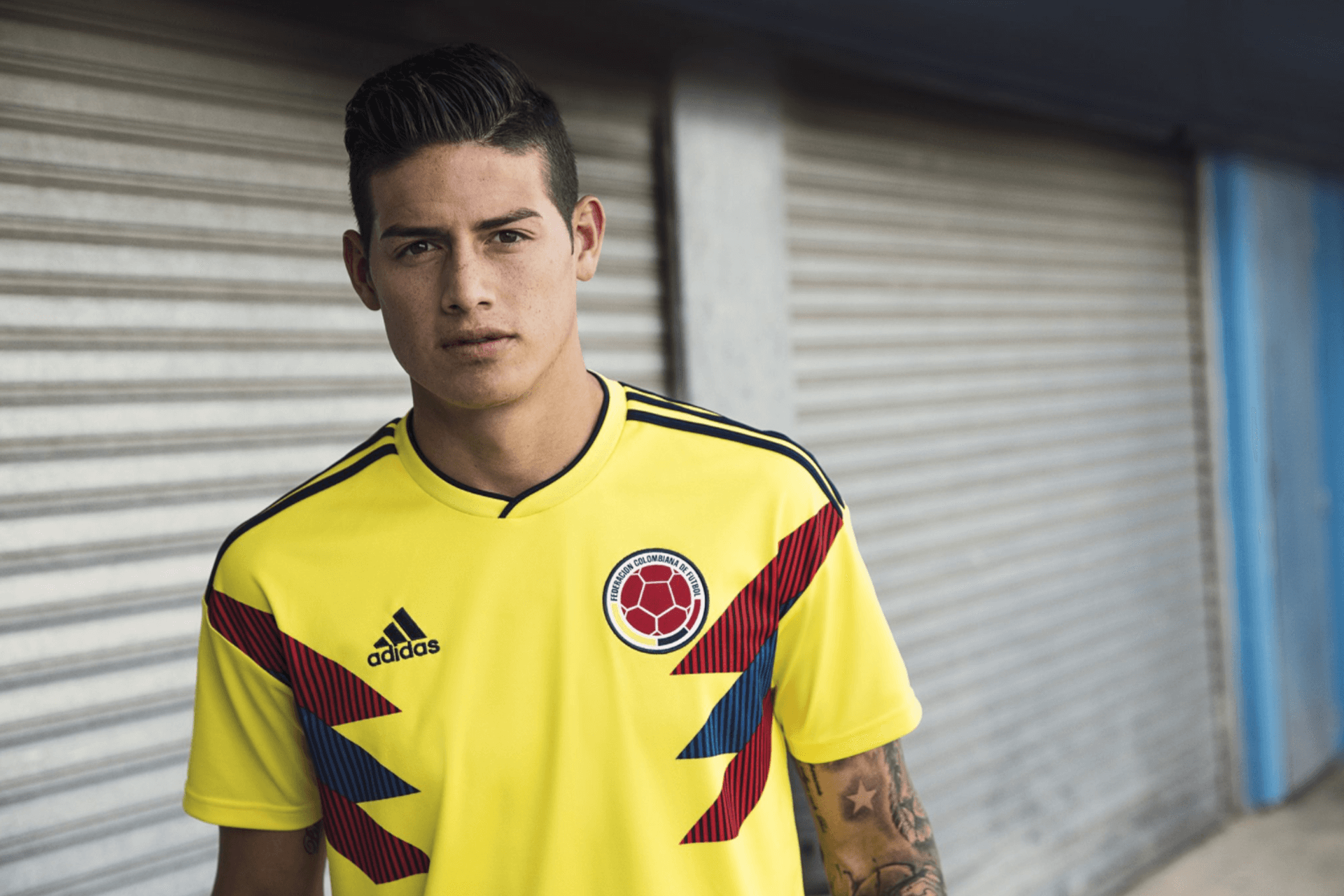 At the time of writing, there are 208 days left until the 2018 World Cup kicks off in Russia next summer. That may seem like a lot, but with qualifying complete and 2017 entering its final few weeks, the wait suddenly doesn’t feel so long.

Soon enough, billions across the globe will put everything to one side to support their country in 32 glorious days of pure football. To celebrate, we’ve put together a list of our favourite World Cup kits that have been released so far (spoiler: they’re all pretty retro). 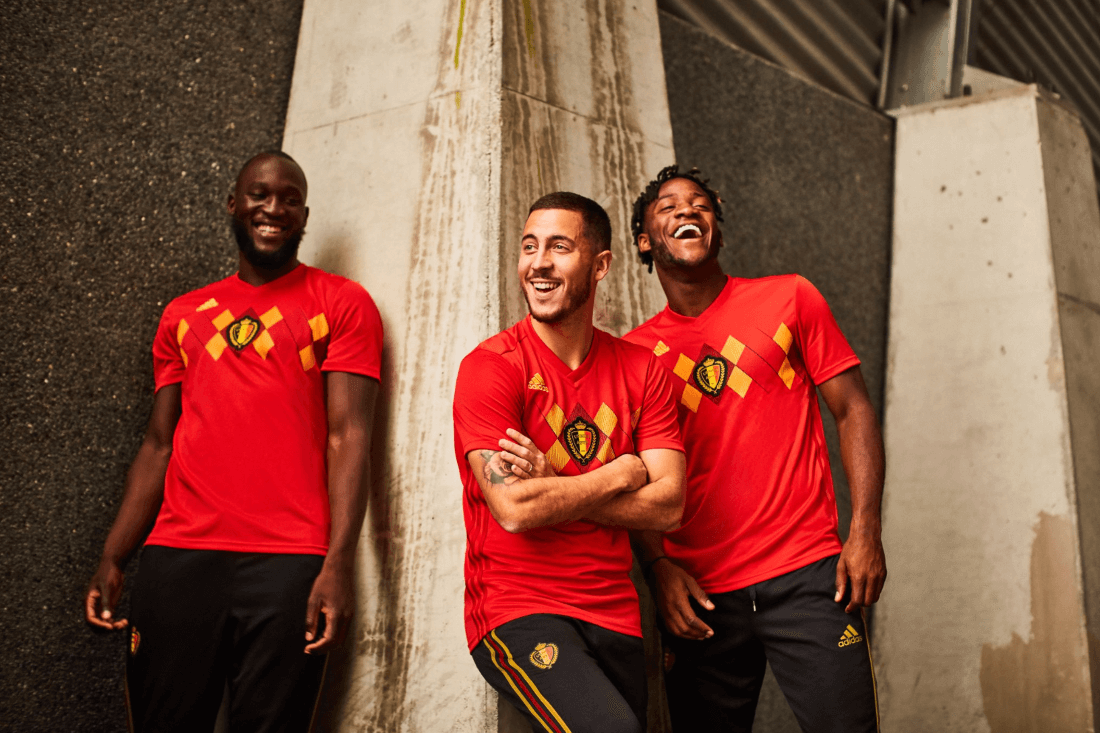 Belgium have one of the best squads going into 2018 in terms of pure star power, boasting world class players from Europe’s best leagues throughout their lineup. Their striking red shirt features a horizontal yellow diamond pattern across the front, with the team’s crest emblazoned across the centre. The kit is inspired by Belgium’s shirt for Euro 1984 – strangely, the country failed to get out of the group stage in that tournament, but who cares? It looks great, and Romelu Lukaku, Eden Hazard and Michy Batshuayi seem to agree. 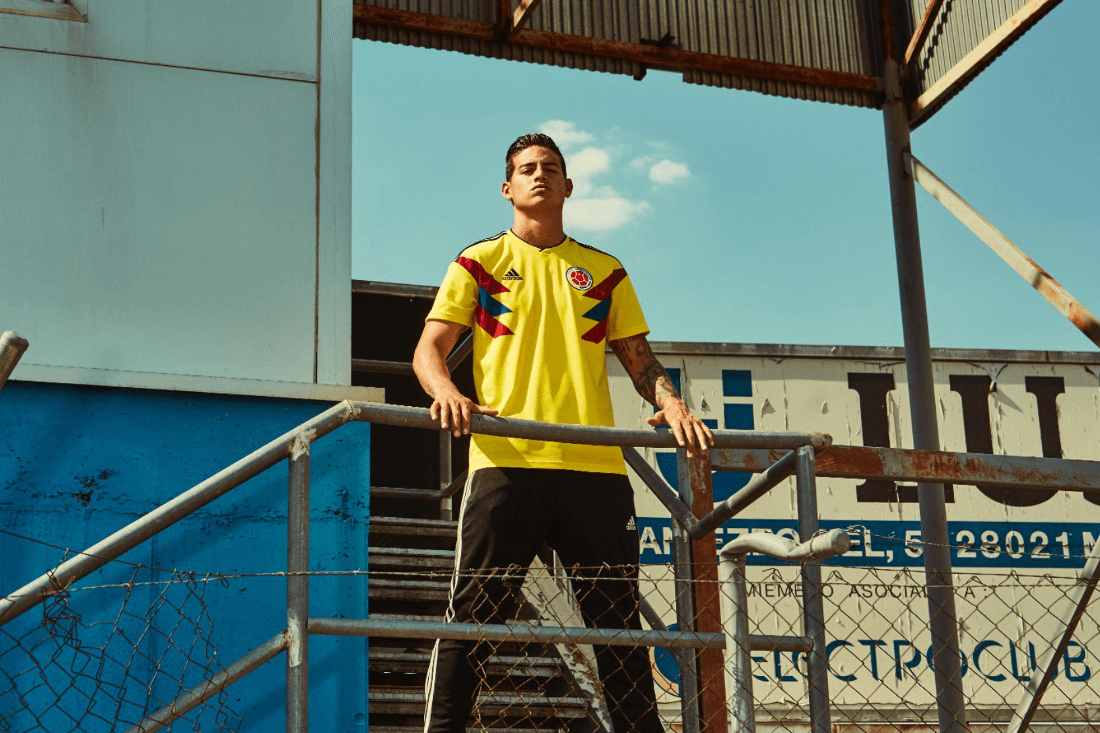 Another team looking to past tournaments for inspiration, Columbia’s kit for 2018 harks back to the shirt worn by the likes of Carlos Valderrama in the 1990 World Cup. The South American team reached the round of 16 in that tournament before being knocked out by Cameroon 2-1 in extra time. Will they do better next year? With stars like James Rodriguez in their squad, they certainly have a chance. 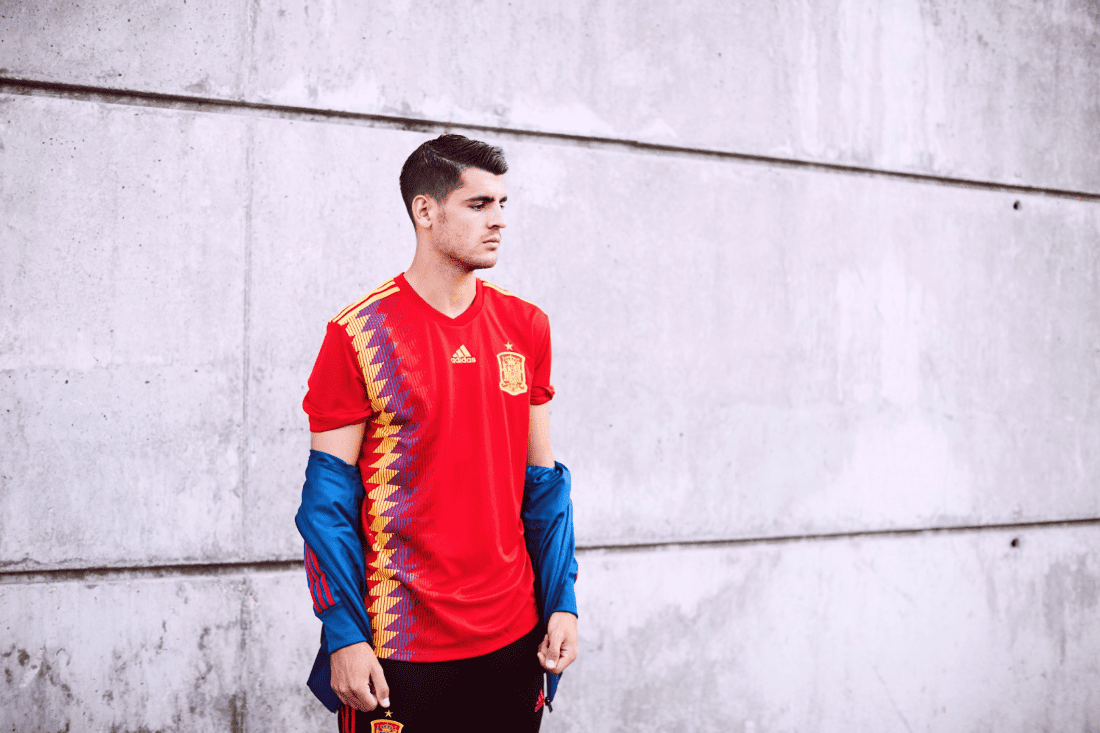 Worn here by Chelsea striker Alvaro Morata, the latest Spain kit recreates the classic strip worn by current managerial masterminds Luis Enrique and Pep Guardiola in their playing days, at the USA 1994 World Cup. The return of the purple diamonds to the shirt stirred up political controversy in Spain, since it resembles a colour on the Republican flag used by Spanish anti-monarchists. From a purely style-based point of view, however, it looks fantastic- especially in the above photo, in which Morata looks a bit like he’s about to release an RnB album. 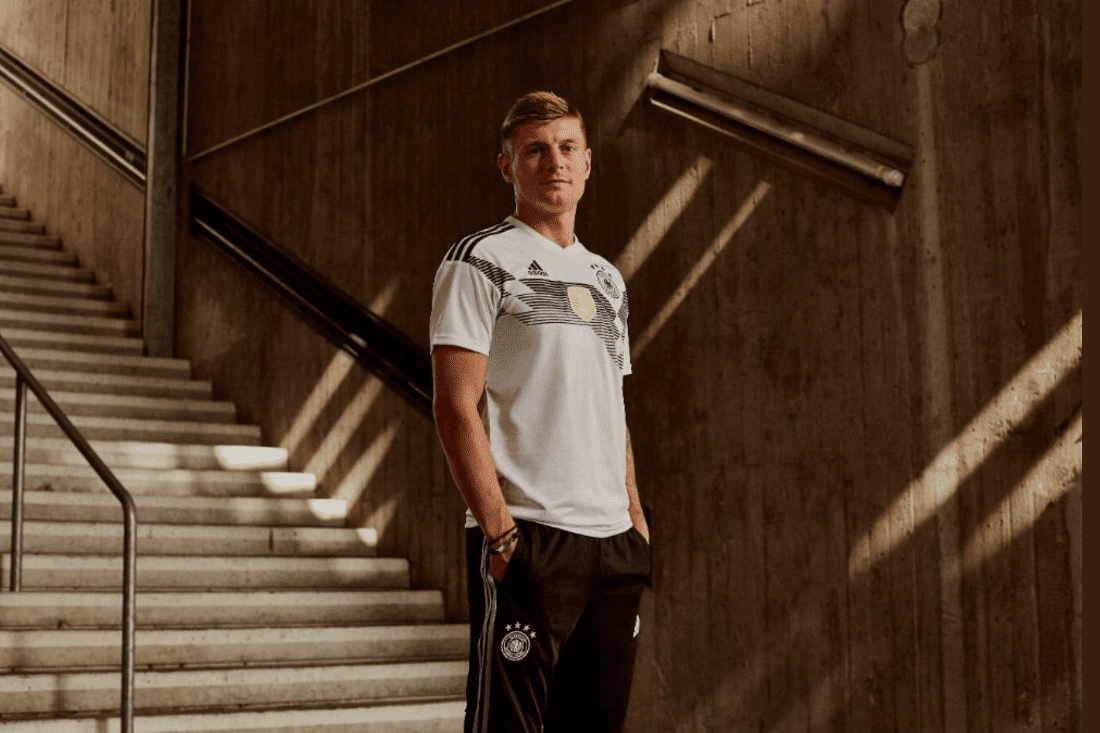 Germany have brought back a true classic in time for Russia – a modern recreation of their iconic Italia ’90 jersey. England fans will always flinch at the mention of that tournament – Die Mannschaft knocked a talented England team out on penalties in the semi finals and then went on to win the whole thing, and this kit uses the same pattern, albeit without the red and gold embellishments. The reigning champions will be looking to recreate the success of both 1990 and 2014 come next summer, and this could be the kit to do it. 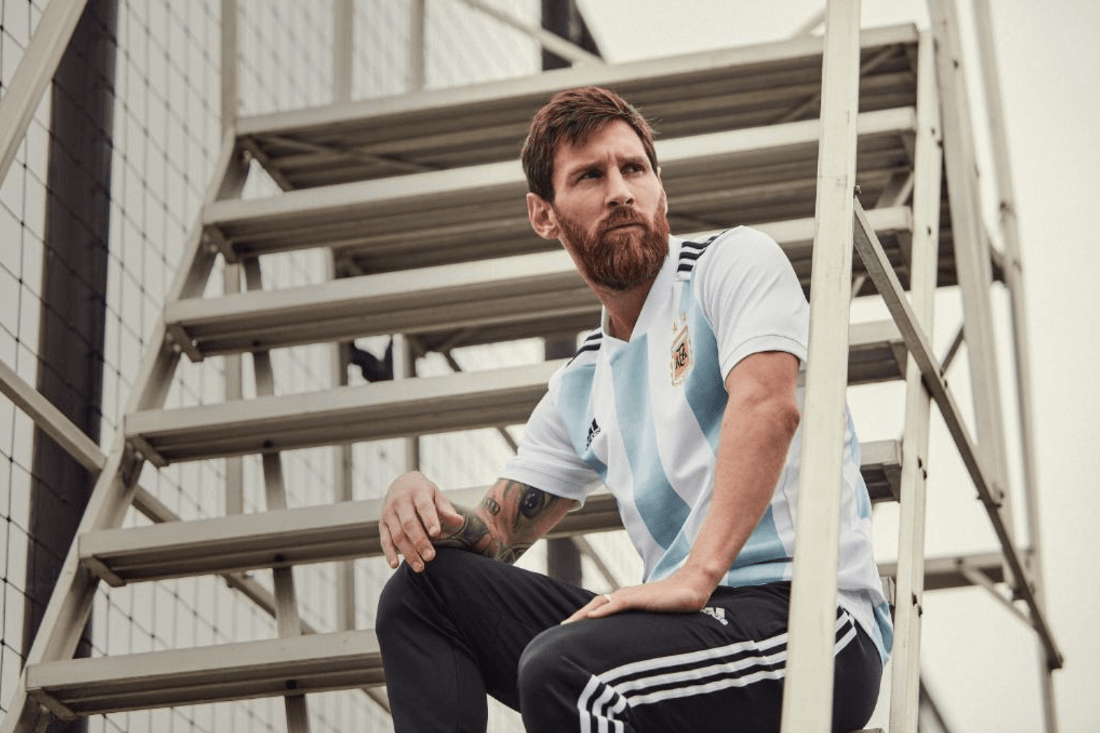 A country involved in some of the tournament’s most incredible moments as well as some of its most controversial, one thing is certain – no World Cup would be truly complete without Argentina. Their new kit pays homage to the last time they won a major tournament, at the Copa America in 1993. That squad boasted the likes of Gabriel Batistuta and Diego Simeone, although their current team is arguably even stronger, at least going forward, with magicians Lionel Messi, Sergio Aguero and co. looking certain to bag a few goals next summer. 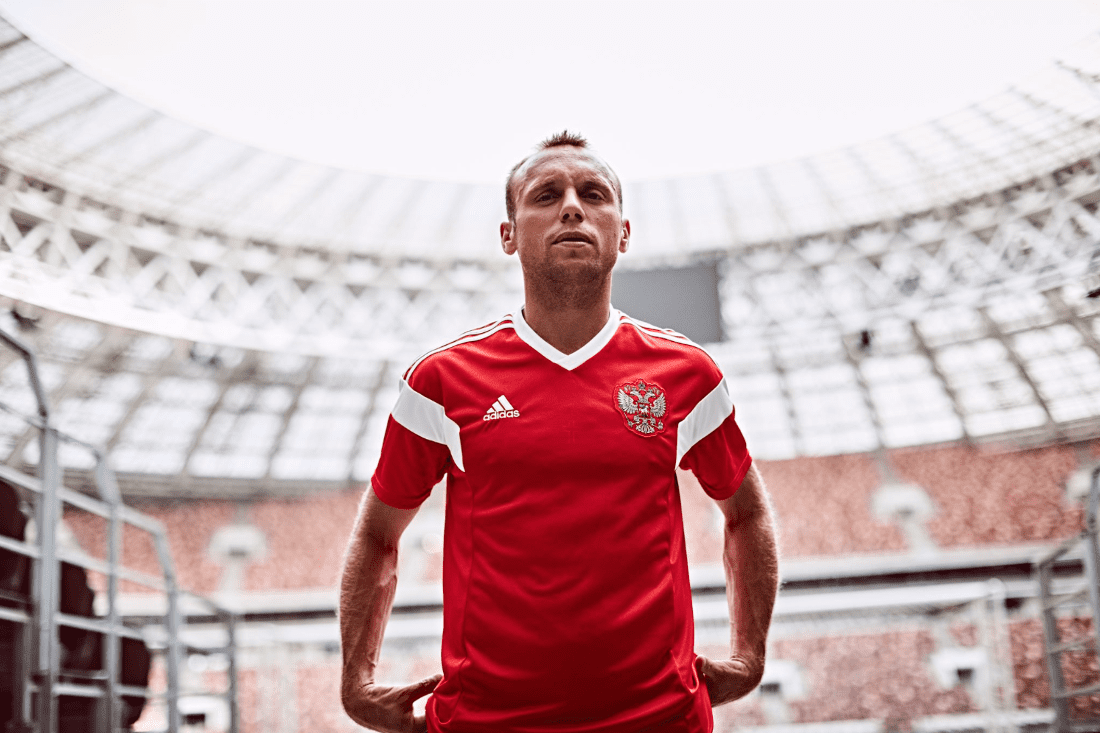 Host nation Russia were exempt from the qualifying stages of the World Cup, and we can only assume their free time was spent coming up with the design for this great-looking kit, which is inspired by the USSR 1988 Olympic gold medal-winning football team. 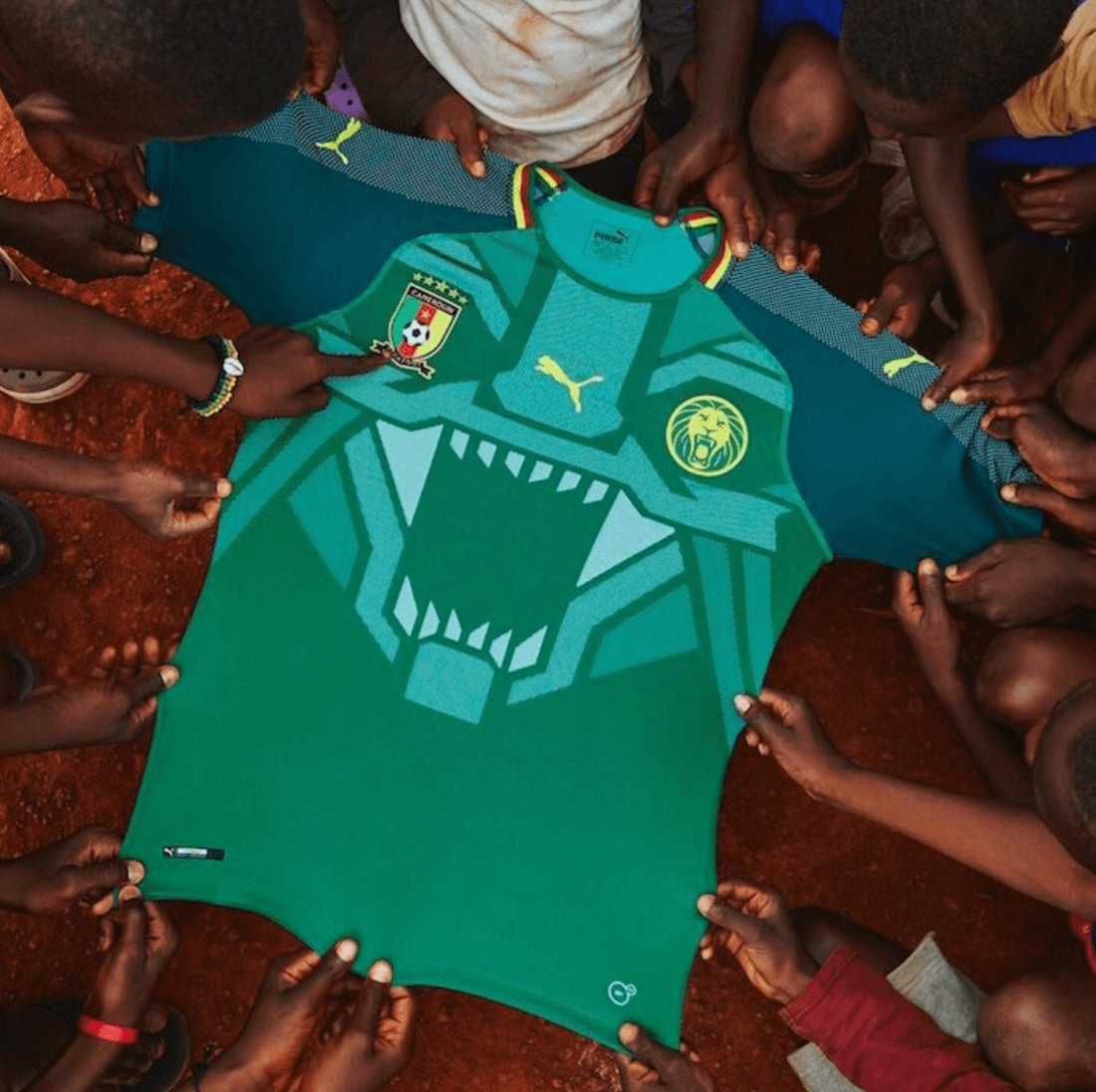 While there are so many clean kits already in the lineup for 2018, we must still spare a thought for those teams that didn’t qualify for one of the world’s most iconic sporting events- and their kits. Italy’s all-blue shirt for instance, will be sorely missed by many. However, the greatest shame for us is the fact that Cameroon failed to qualify, because this lion-inspired kit is simply brilliant.

By now, you may have noticed the strange absence of Nike shirts in this list- that’s because the brand is yet to reveal the designs of their international kits, with most expected to be released early next year. That means the kits of France, Brazil, England, and more are still to come, although a number of unofficial leaked designs have started popping up online. Watch this space in future for more of the cleanest Russia 2018 World Cup kits.