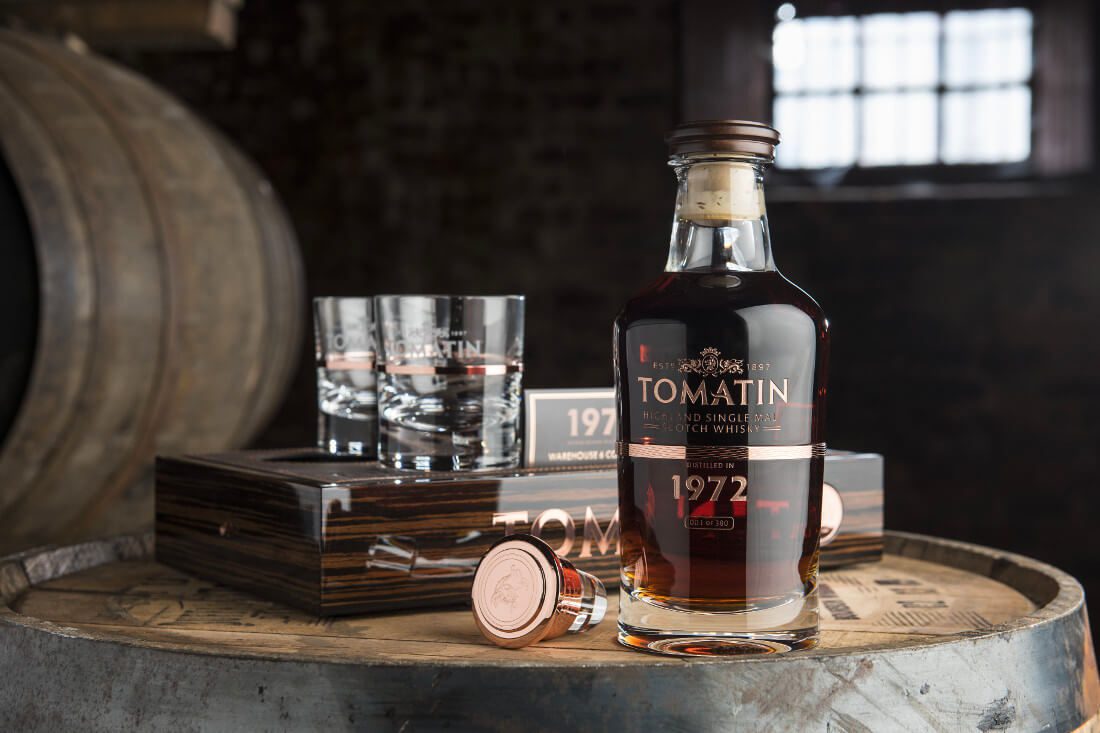 The 1972 edition is the second edition in a series of six, following the well received release of the 1971 edition last year. 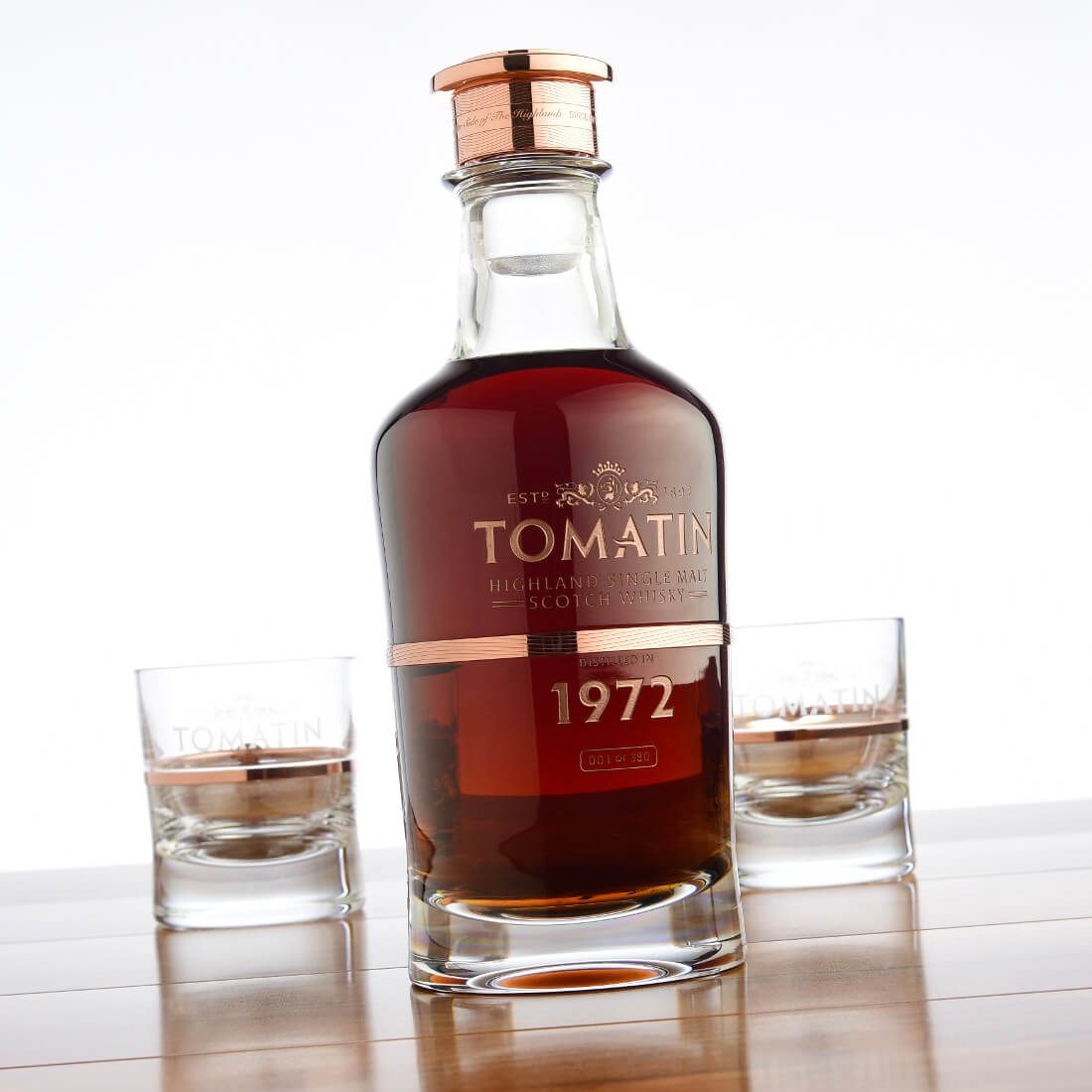 A single malt captured in its prime, the 1972 Warehouse 6 Collection is bottled at 42.1%abv and has a limited run of only 380 bottles.

The whisky has a distinct and complex flavour – with aromas of summer meadow wildflowers and flavours of sweet almond, coffee and winter spices – which have been developed over four decades of maturation. 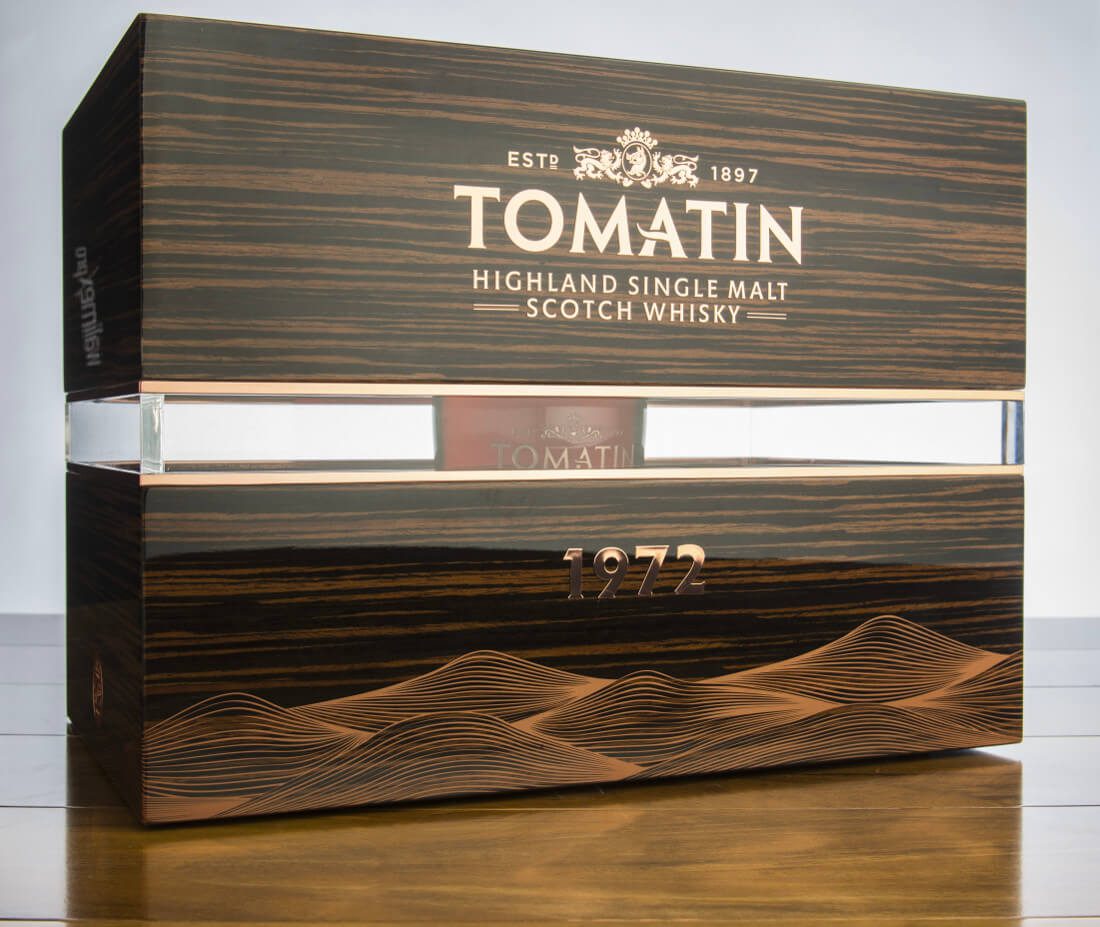 “It is very exciting to finally launch the 1972 Warehouse 6 Collection malt, which has been sitting patiently in some of our most treasured casks, maturing and growing in flavour; just as the Tomatin brand itself has grown throughout the years. We wanted to create a range of whiskies that truly capture the heart of the distillery. This we achieved initially with the 1971, and now with the 1972.” – Stephen Bremner, Tomatin Sales Director. 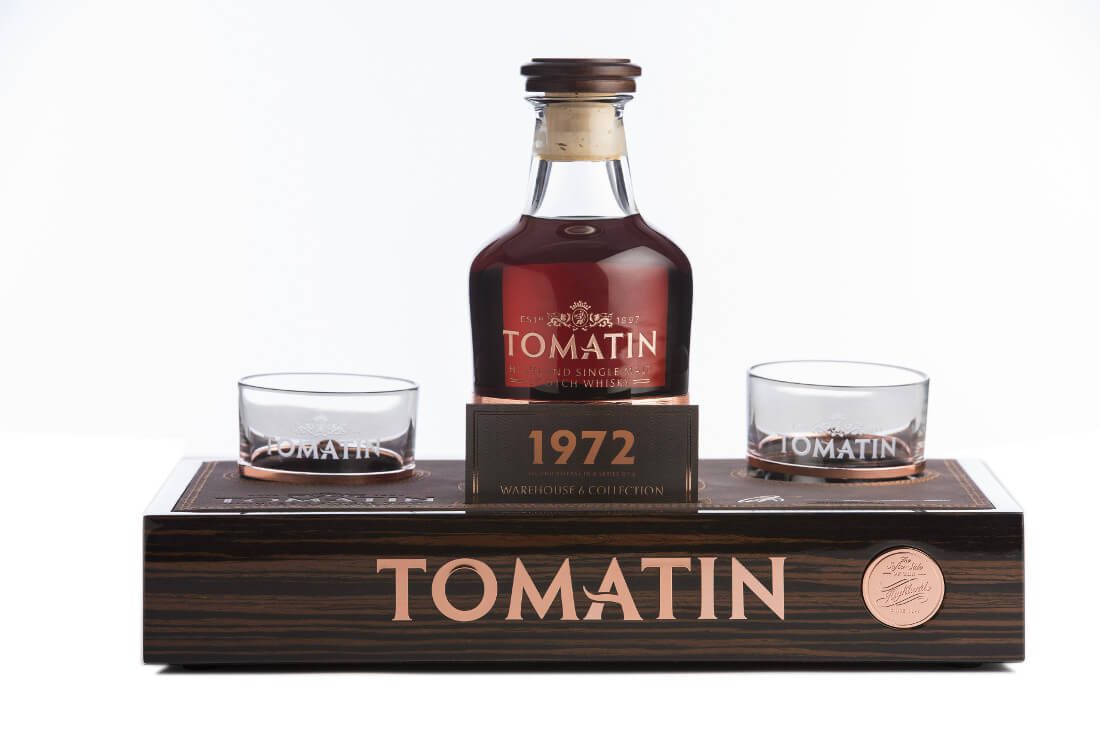 The Warehouse 6 Collection is a celebration of casks matured in Tomatin’s traditional dunnage warehouse.

It has been aged in three sherry hogshead casks, laid low on antique wooden rails above cool earthen floor, in the heart of their distillery grounds. 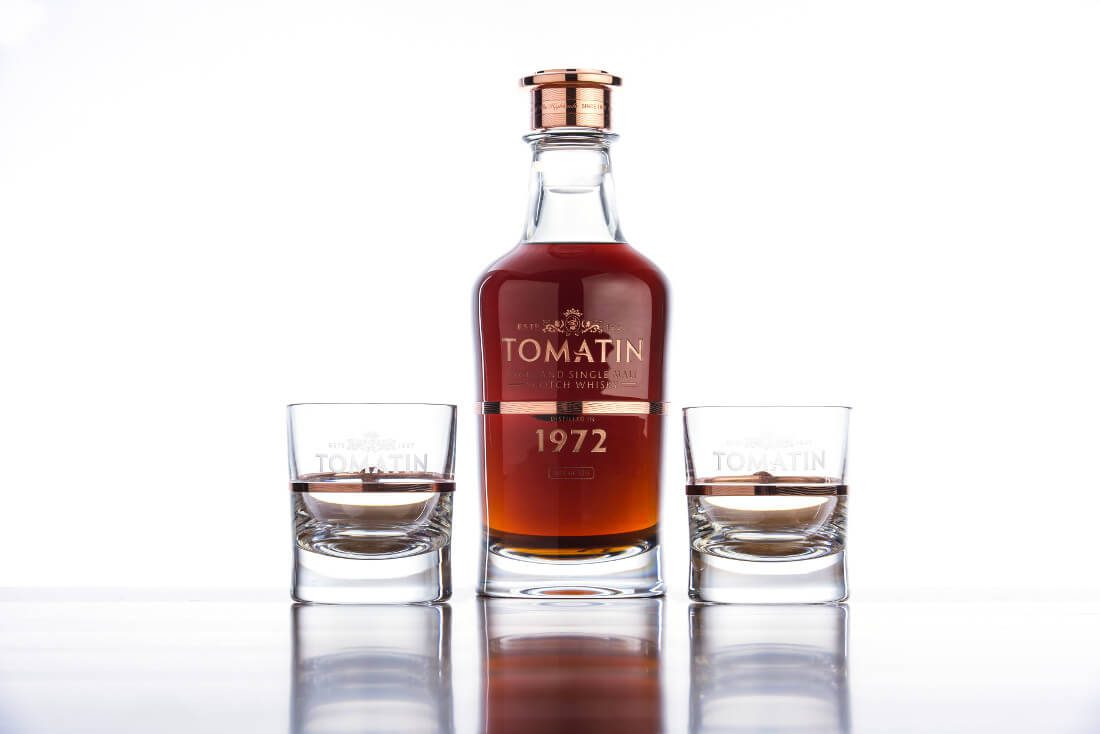 The single malt is presented in a wooden presentation box, which is opened by pressing lightly on two rose gold metal buttons found on the side of the box, which allows the top to be lifted off to reveal the bottle and glasses.

Inside, a wooden podium base holds the hand-blown Glencairn Crystal decanter and glasses decorated with solid copper bands. The bottle boasts a solid copper stopper and a numbered certificate detailing the story of the whisky. 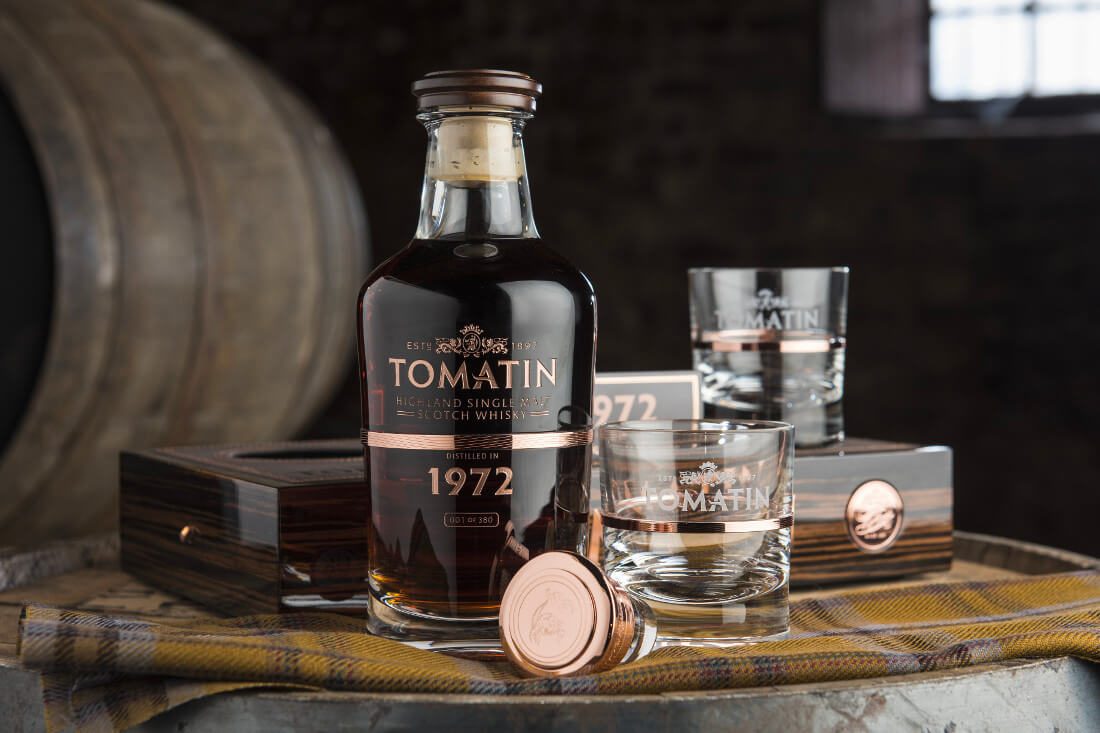