Following the first set of pens celebrating the great houses in Game of Thrones, Montegrappa has issued a new series of limited edition Iron Throne pens.

The pen captures the essence of the most coveted seat in Westeros to give any GoT fan a piece of memorabilia to cherish. To represent the intricacies and complexities of the Iron Throne itself, Montegrappa’s artisans have fashioned a cap formed of overlapping swords to represent the seven kingdoms.

Their hilts rise above the cap’s top to create a crown, the pommels and blades running the length of the cap itself. A sword serves as the pocket clip, its hilt bearing a red ruby.

At the cap’s top, surrounded by the swords’ hilts, is the Game of Thrones logo. The pen’s barrel is fashioned in precious metal with the lost-wax casting technique, representing the saga through symbols evocative of the houses, from dragons to stags. Details of the pen are enriched with Flaming White celluloid. 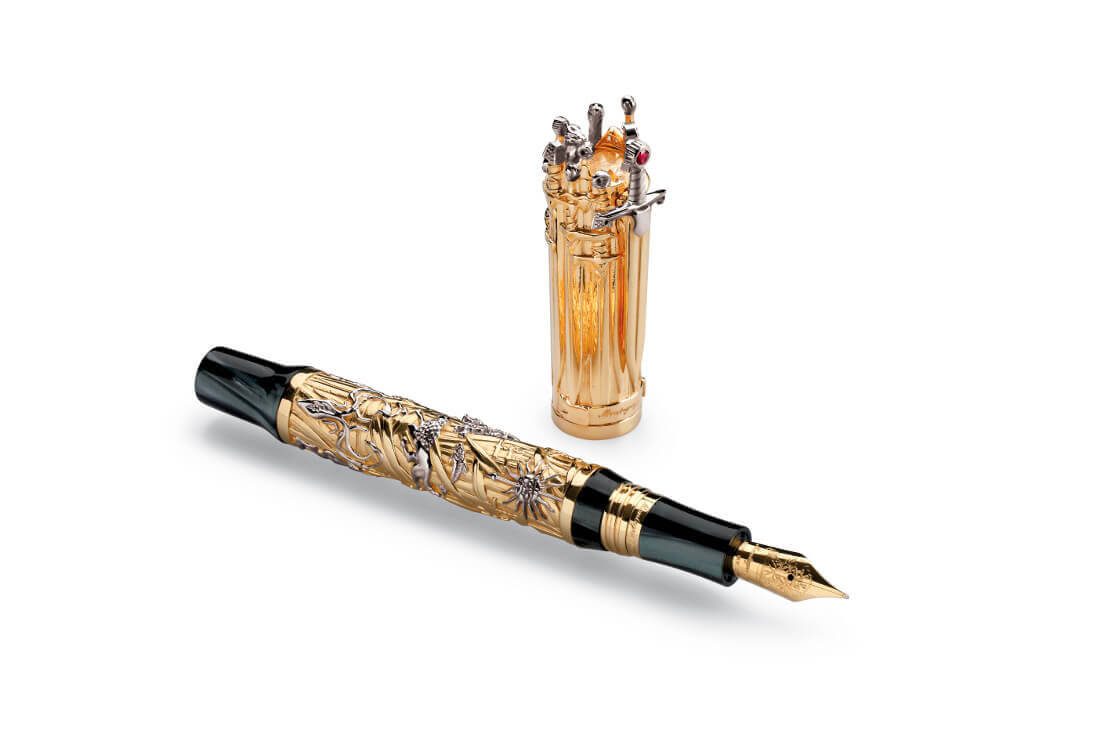 The Iron Throne Pen is limited to 300 fountain pens and 300 rollerball pens in Sterling Silver with Vermeil accents, denoting the year of settlement of the last of the Targaryen Kings (300AC).

7 exclusive fountain and 7 rollerball pens cast in solid 18k Gold will also be available to represent the number of Kingdoms.

The fountain pen is piston fed, with nib traditionally made in 18k gold, engraved with the image of the throne itself. 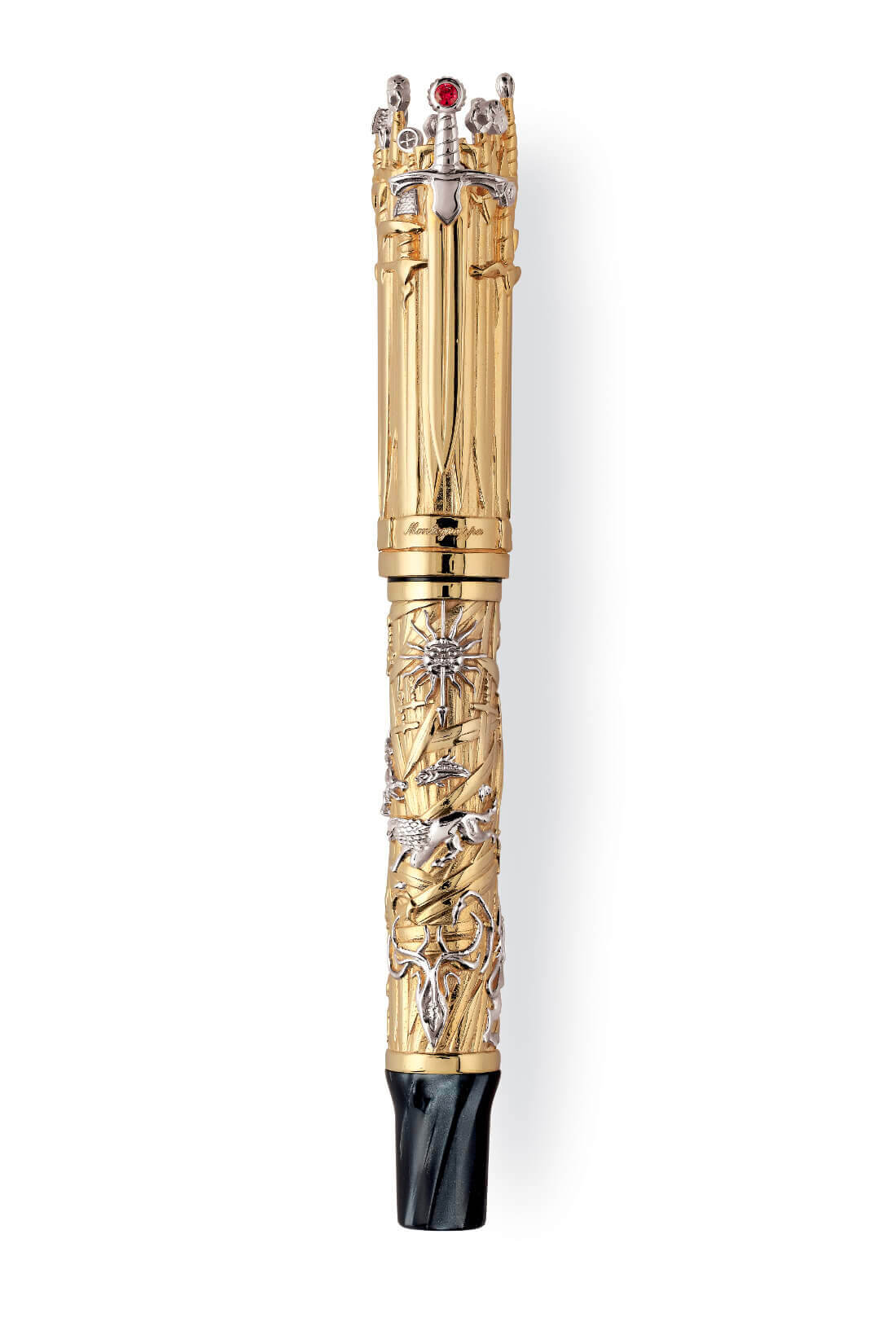