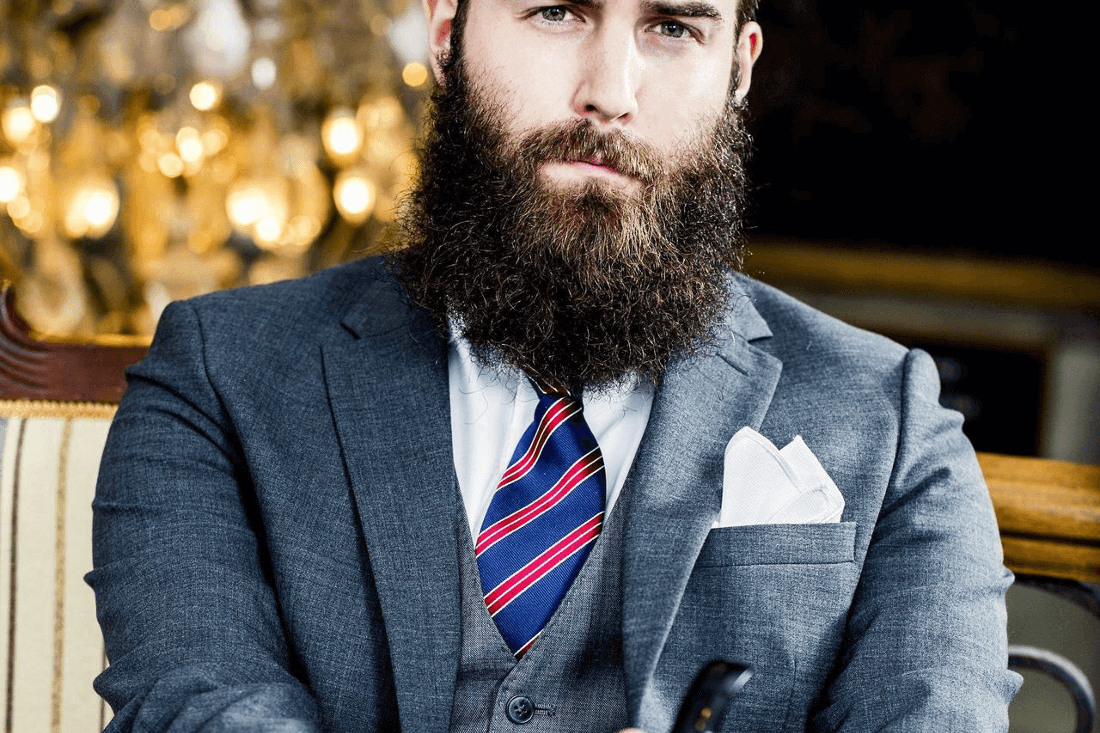 An apes elongated nose allows him to stand above the rest, it is his badge of honour, a gentlemen however shows his dominance in the way he wears his beard. Standing out from – and above – male competition.

If your attempts at a beard appear more Adam Brody than Gerard Butler – in 300 and you’re not open to surgical options, spending £4,000 to have strips of hair rearranged from your head to your face – then there are easier ways to make the most of a thinner beard.

Not only does trimming your beard keep it looking neat, as with the hair on your head, trimming certain areas can make others seem fuller. Shorter sides accentuates the length you have elsewhere. Creating sharp edges on the beard gives the impression of fullness.

If your cheeks are a mess of swirls either stick with stubble or commit to the longer look. Mid-length beards don’t work because the hair twists and sticks out. Patches get lost in a longer beard so it appears fuller and better maintained. Keep an eye out however on strays also use a leave-in conditioner to stop it becoming wiry and messy.

Go To a Barber

If you have a patchy beard then going at it alone with a razor in hand, will undoubtedly end with greater patches and uneven lines. A barber will shape it and put the line in, so when it comes to going at it alone, your morning resides of shave by numbers, not complex topiary.

Sometimes you have to embrace the truth, then accept a beard’s not for you. Keep is clean and pull off the well shaven look.