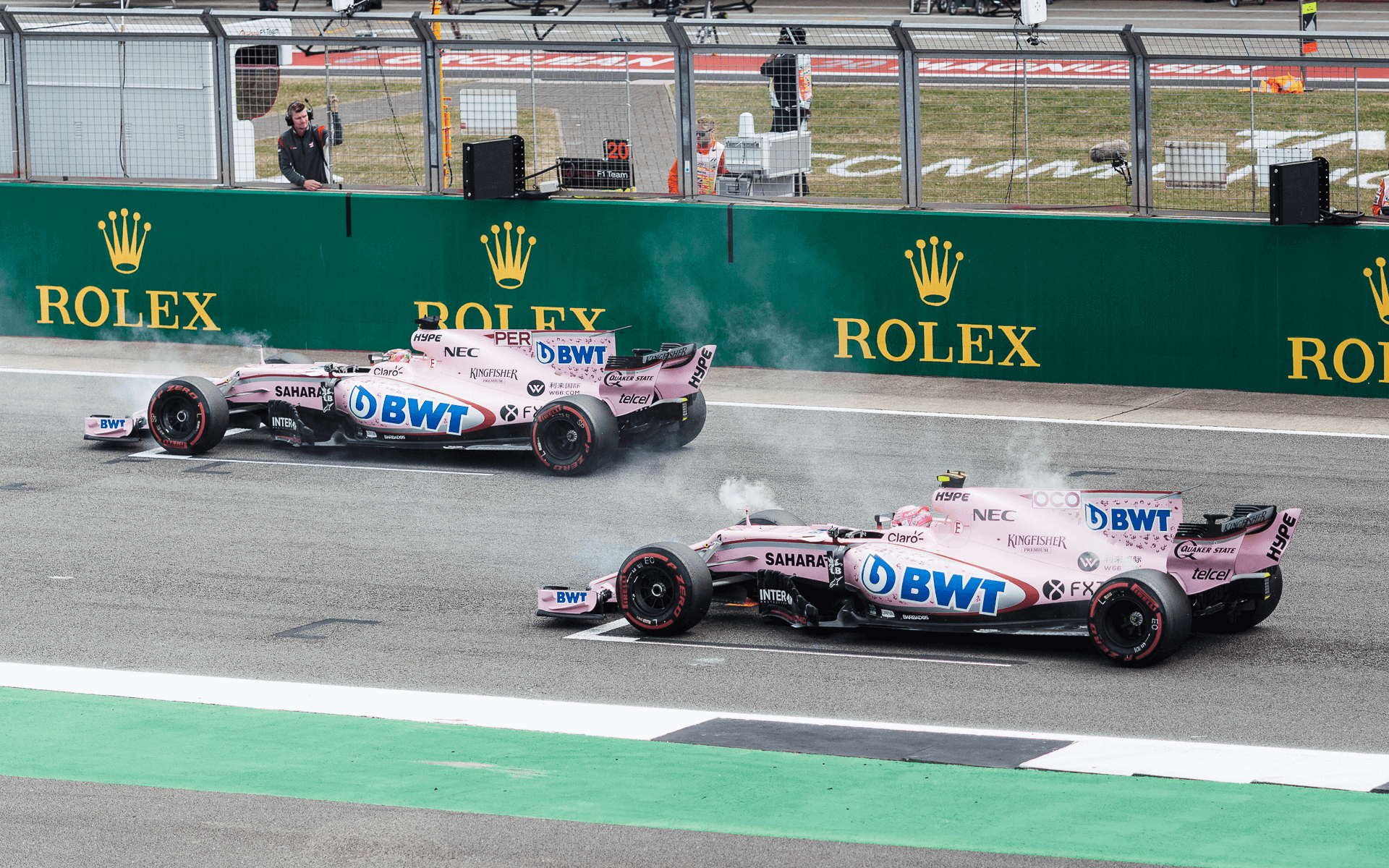 In partnership with booking.com #BookingYeah

Last weekend we travelled to Silverstone, in the heart of the UK, for our first trip to the home of British motorsport and the Formula 1 British Grand Prix. With drivers’ Sebastian Vettel and Lewis Hamilton battling it out for the championship it promised to be an electrifying atmosphere with Hamilton firing his Mercedes-AMG car around the circuit in front of an expectant home crowd. 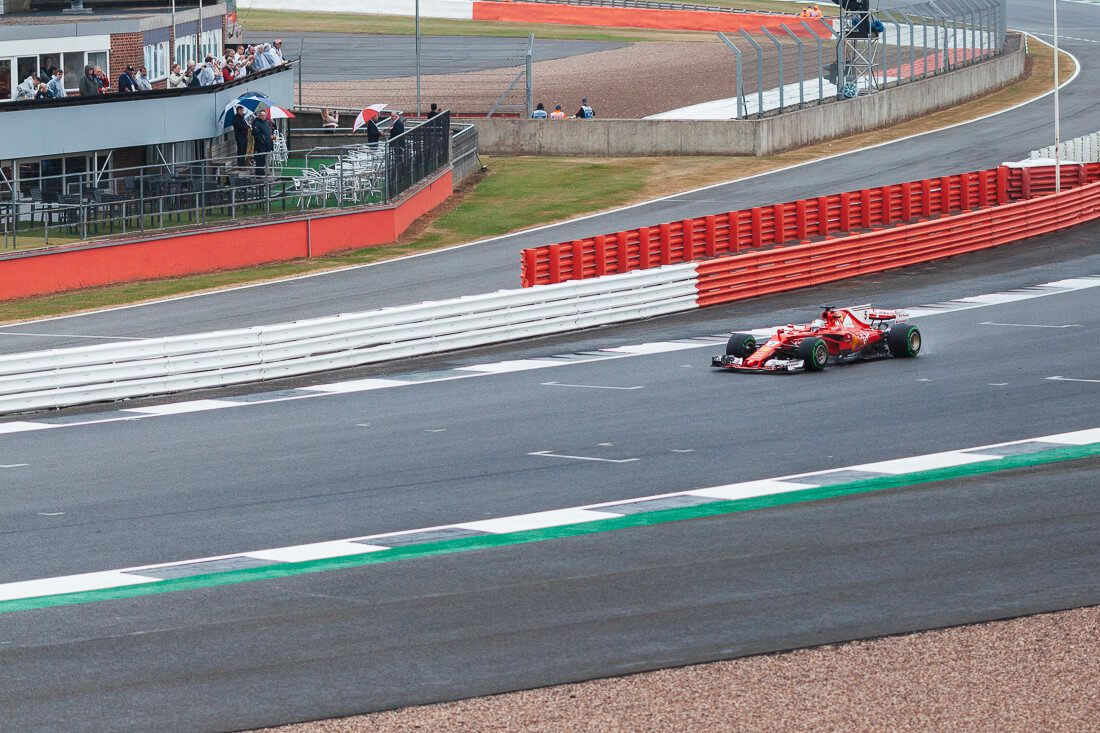 Apart from corporate entertainment, Formula 1 is very much a sport of the people- and the best way to experience it is on the ground mixed in with the passionate fan base. We organised our tickets via the Silverstone website and accommodation with Suitehuts using booking.com – the former in the grandstand opposite the pit lane and start-finish straight, and the accommodation just a two minute walk from the track. 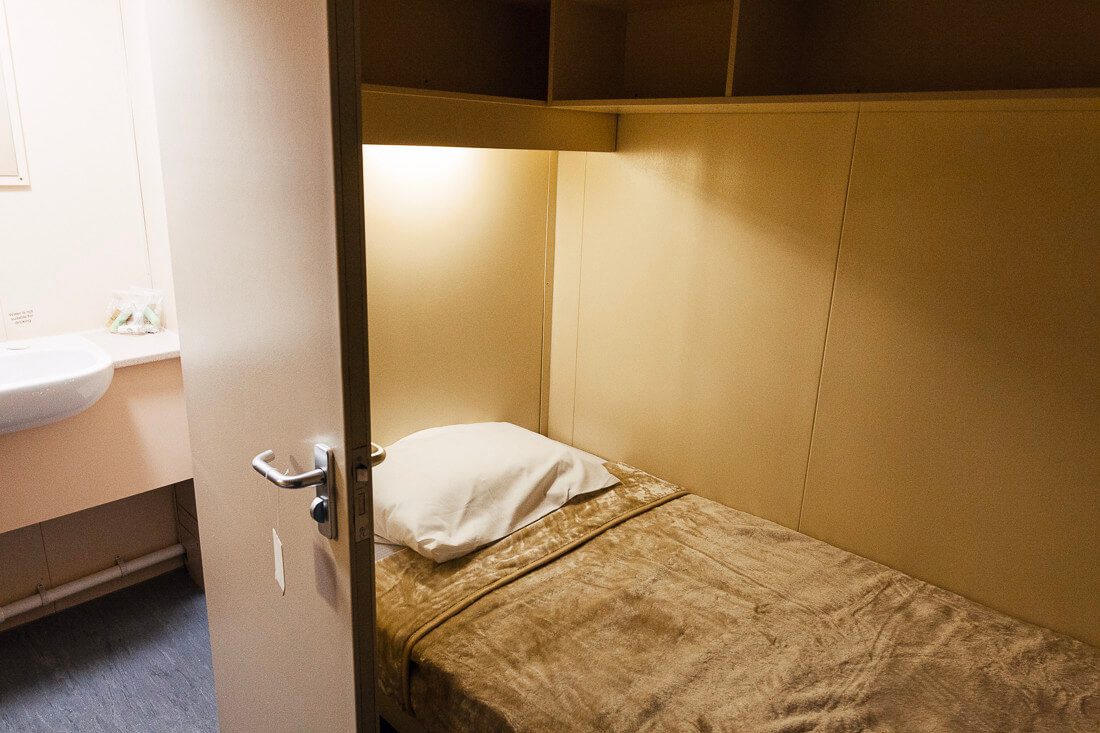 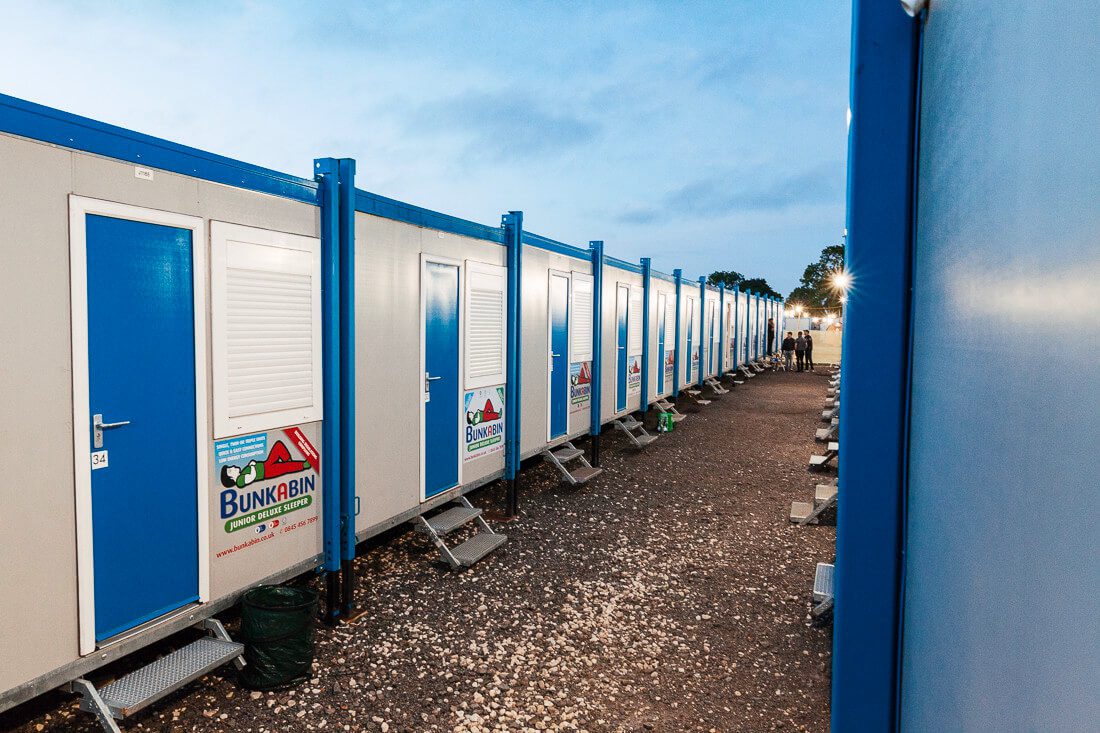 Another option for accommodation is to stay in a hotel but these are nearly all located out of Silverstone in Milton Keynes. The latter a ten mile plus journey from the track, which combined with traffic on race day, makes it a painful option. It’s also important to note that the atmosphere around the track is fantastic so staying on site is worthwhile. Suitehuts provide semi-permanent wooden huts or metal structures with beds, fresh linen, an en-suite bathroom and breakfast in the morning. All very civilised. Or as it’s now more commonly known; glamping. As before, this was booked through booking.com – a seriously simple, and easy to use website for finding accommodation by location and or price. 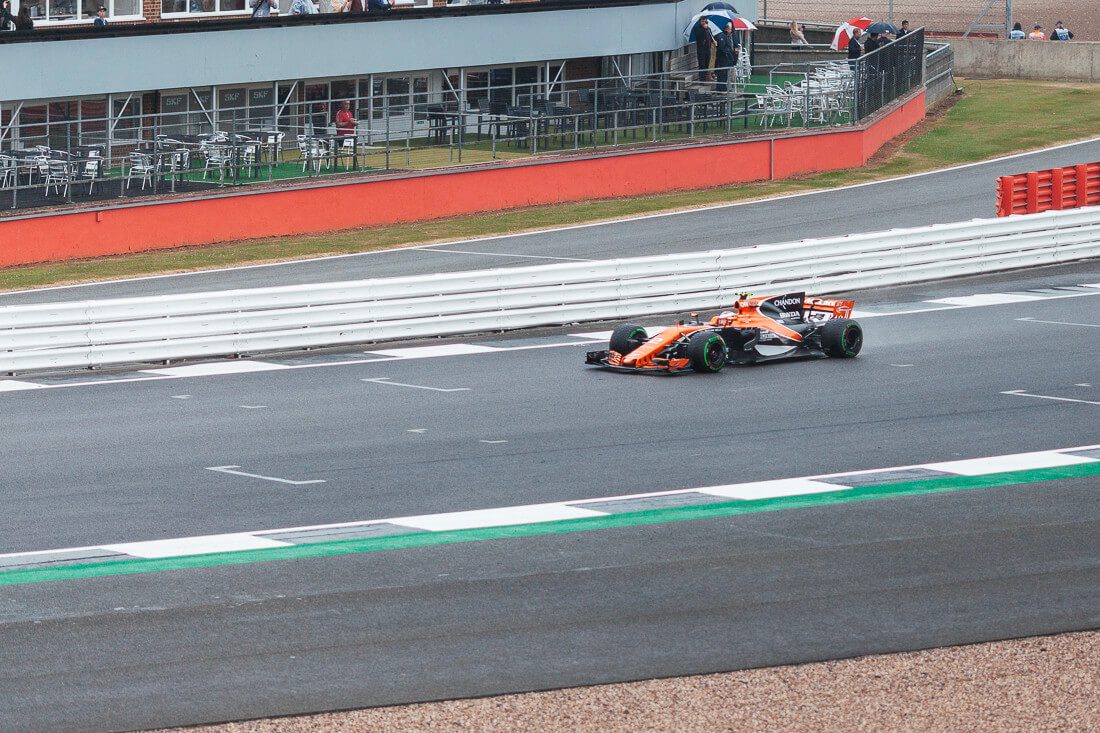 We arrived on Saturday at 12pm, in time for qualifying- and our first sight of just how quick the F1 cars sprint around the track. Cornering like they were on rails has never been more of an appropriate term. After the three stage qualifying it was Hamilton who secured pole position, which tee’d up the weekend nicely and ensured the crowd were in fine spirits for Saturday afternoon and the evening’s entertainment. 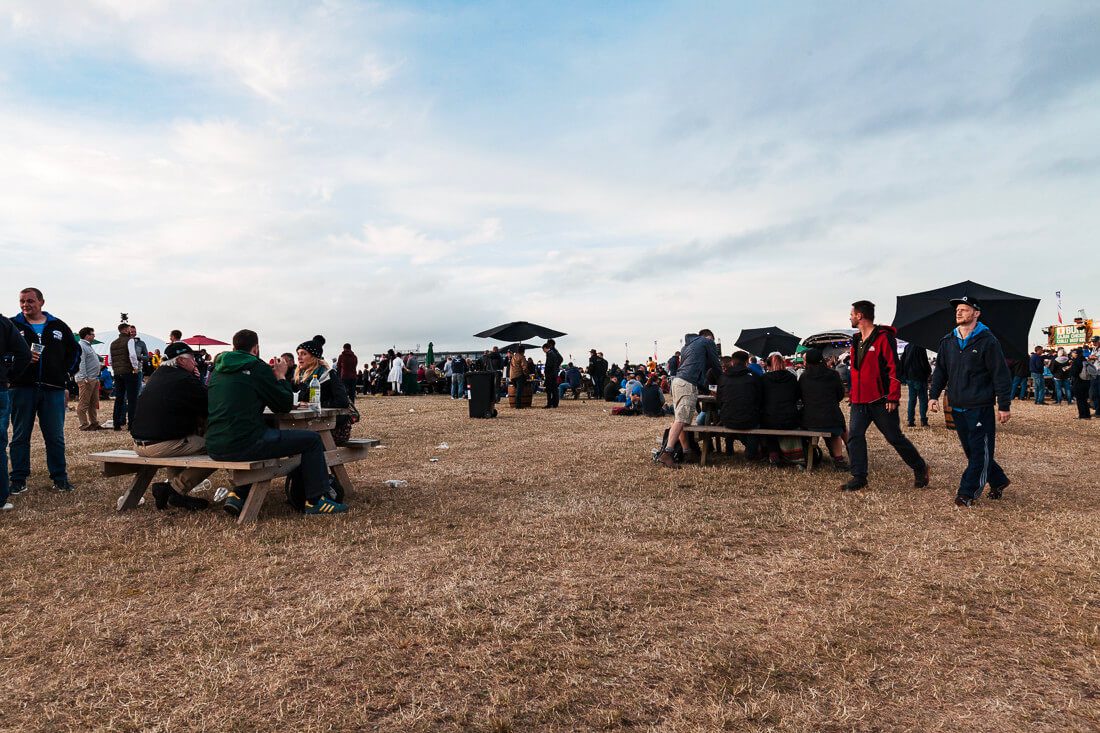 There’s more to an F1 weekend than purely qualifying and the race; the ‘show’ consists of entertainment including F1 fan shops for team wear, games, virtual reality F1 simulators, a main stage where The Hoosiers and Reef played, food and of course drinks. There was also F2, F3 and a Porsche Supercup alongside the drivers parade and other nostalgic moments. We ‘lapped’ it all up, and it really helped build the excitement ready for race day. 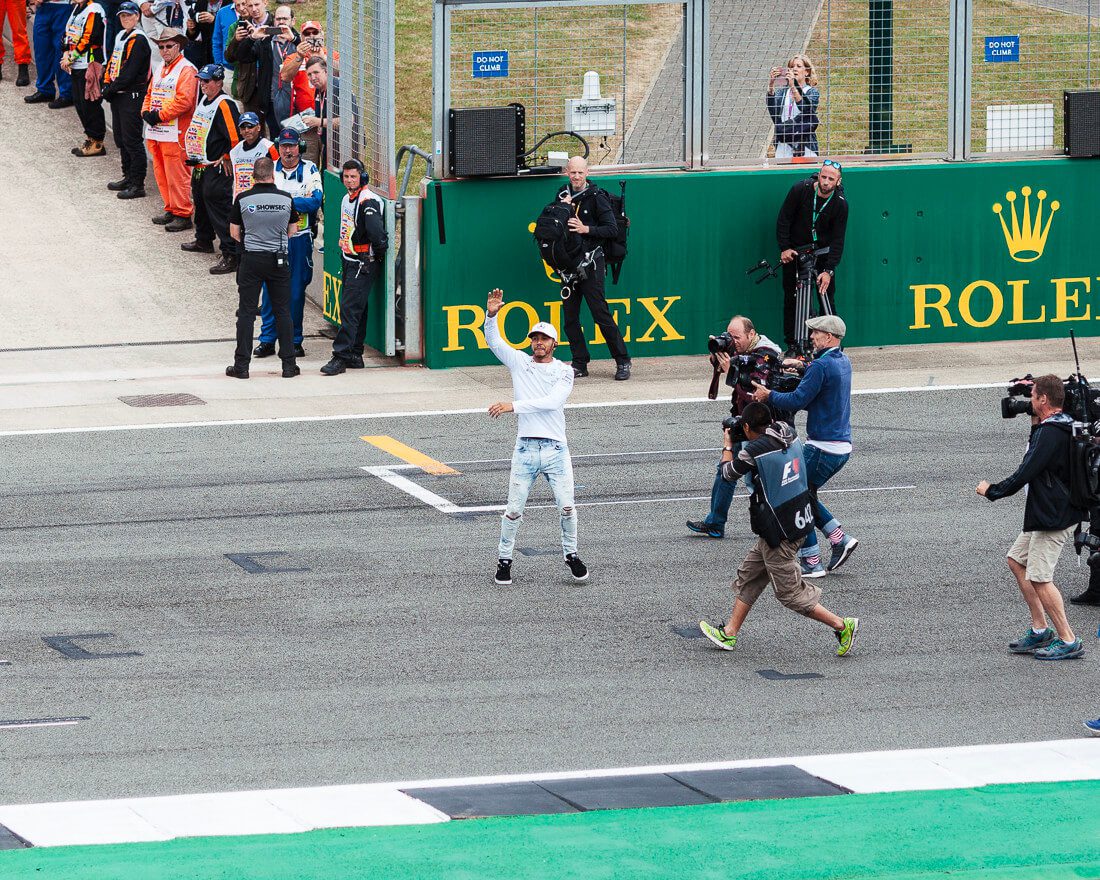 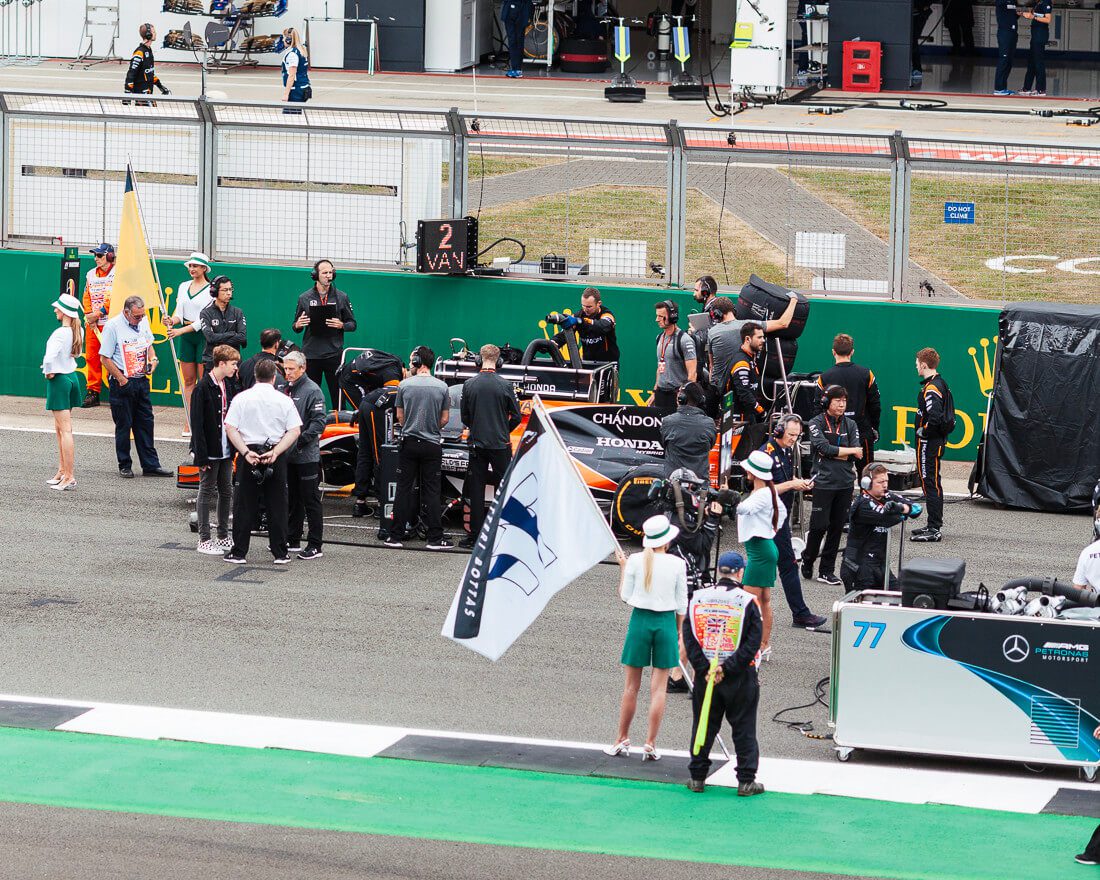 On the day of the race, we fuelled up with bacon sandwiches at the Suitehuts then headed over trackside to catch more F2, F3 and the drivers parade before watching the pit walk and the mechanics prepare the F1 cars on track for the race. The buzz around Silverstone was incredible, what a great atmosphere these dedicated fans created. 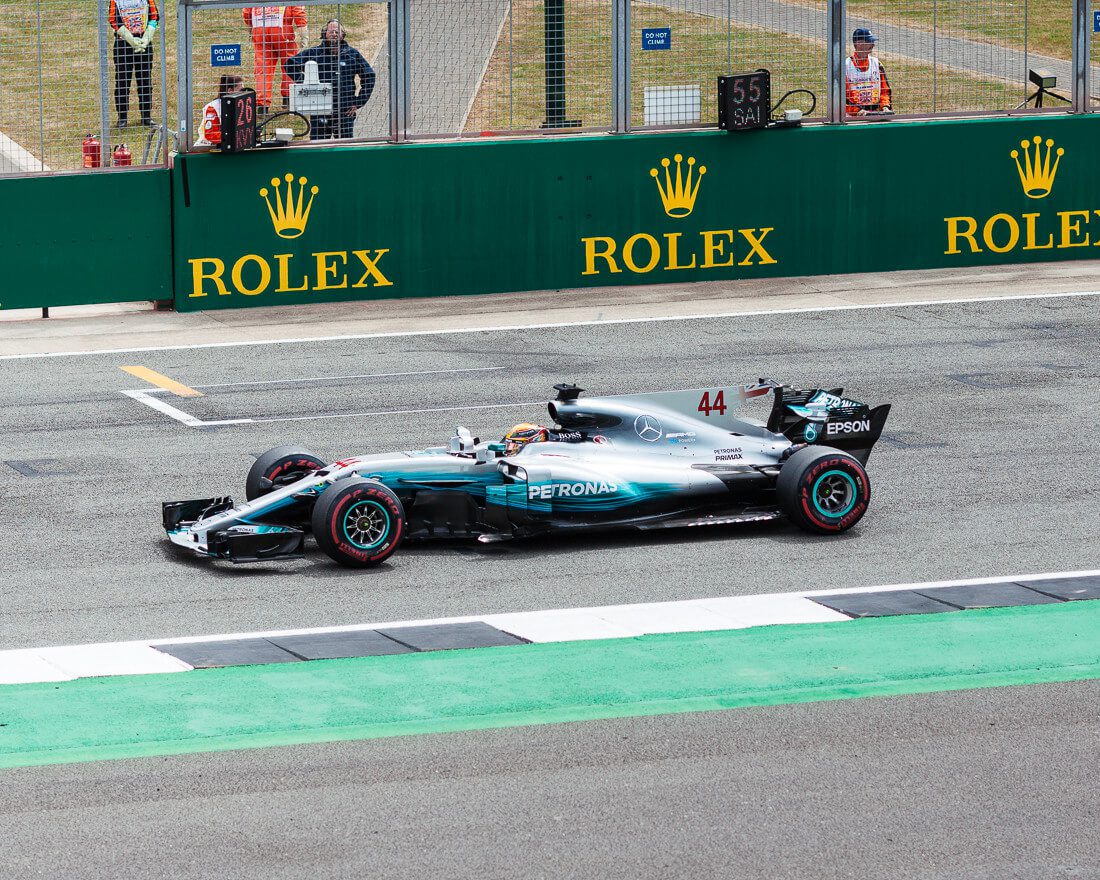 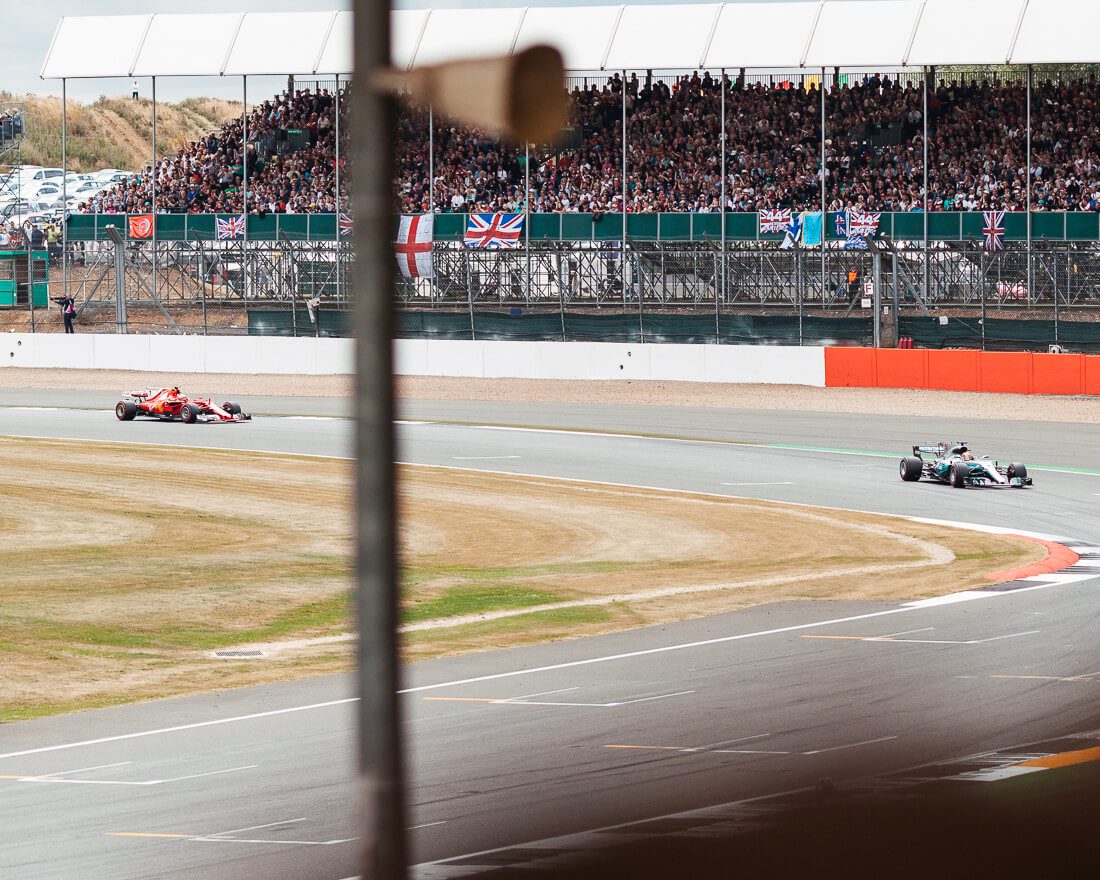 3-2-1, lights out, go! The race got underway with Hamilton making a flying start and in truth, he dominated the race- leading from start to finish. A drive of dominance from Hamilton but also the Mercedes-AMG car which is a serious piece of kit. Quicker than the rest of the field, including Ferrari who put up a strong fight only to be denied getting anywhere near Hamilton with punctures in the closing laps for both Vettel and Kimi Räikkönen. Hamilton won, and claimed his fifth British GP victory with his team mate Valtteri Bottas finishing second and Räikkönen third. A great finish and Hamilton duly rewarded the crowds support with some inspiring words and a spot of crowd surfing. He’s a seriously popular man and he delivered his appreciation for the fans’ support with expert tact. 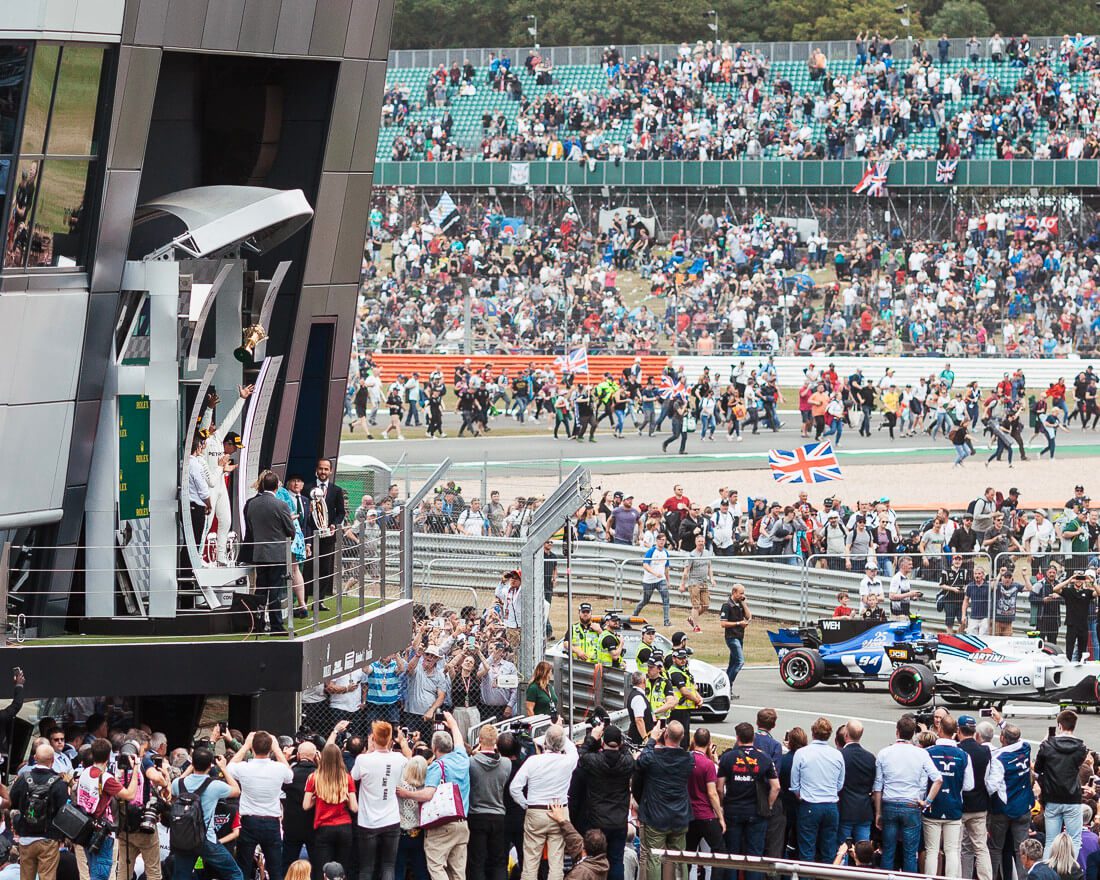 Following the race we headed back to Suitehuts, dropped off the keys and jumped in our car, heading north up the M1. Despite fears of a two hour traffic jam, Silverstone is well positioned; close to motorways and the traffic dispersed pretty efficiently.

What a fantastic weekend, we can thoroughly recommend making a trip to a Formula 1 race, staying at Suitehuts and using booking.com for accommodation, which makes the process exceptionally easy.