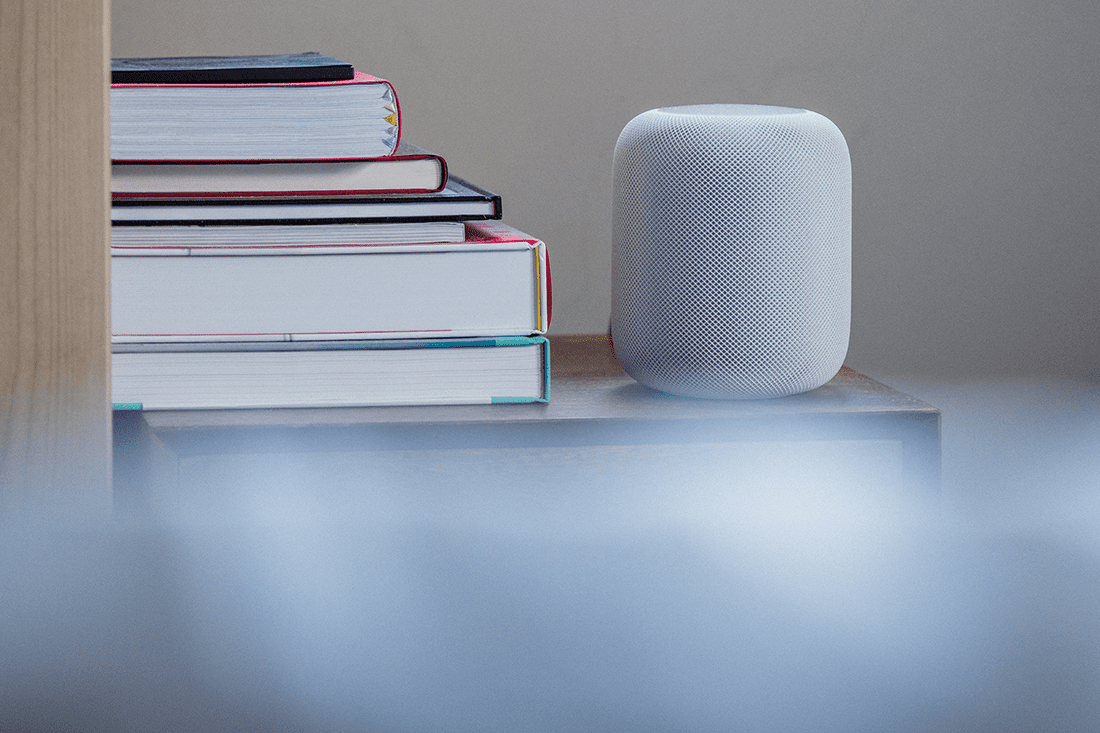 When Apple releases a truly unique product there’s always a unique volume of hype – customers queuing outside of stores, overnight and press coverage like there’s no tomorrow. The Cupertino based tech-goliath is a truly impressive specimen. From dodging bankruptcy by a matter of weeks, to go on to build the world’s most valuable company by market capitalisation. It’s an incredible story and one we can only applaud, and learn from its marketing lessons. 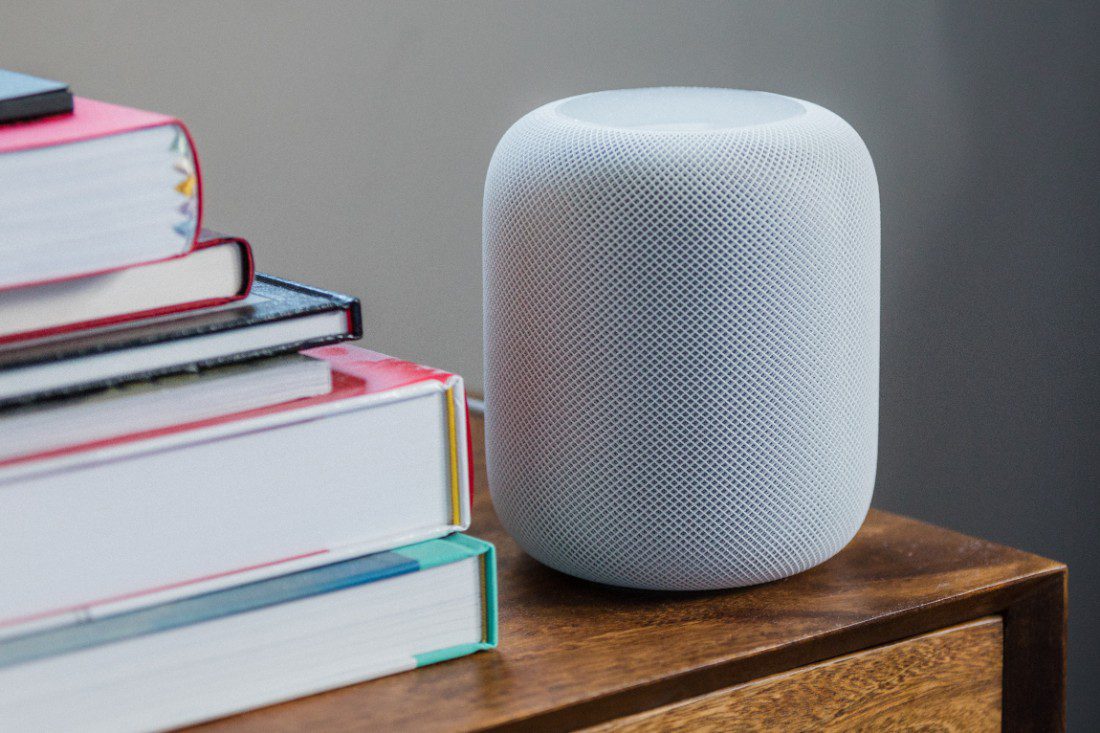 Huge launches in fairly-recent times have included the iPod, iPhone, iPad and not so much, the Apple Watch. And even less publicised – the launch of its latest offering; the Apple HomePod. The new home music speaker is available in space grey and white to match the rest of your Apple stable and launched in the US and UK on February 9th, 2018. Pleasingly there are no month plus wait times – because not everyone is quite as desperate to own. 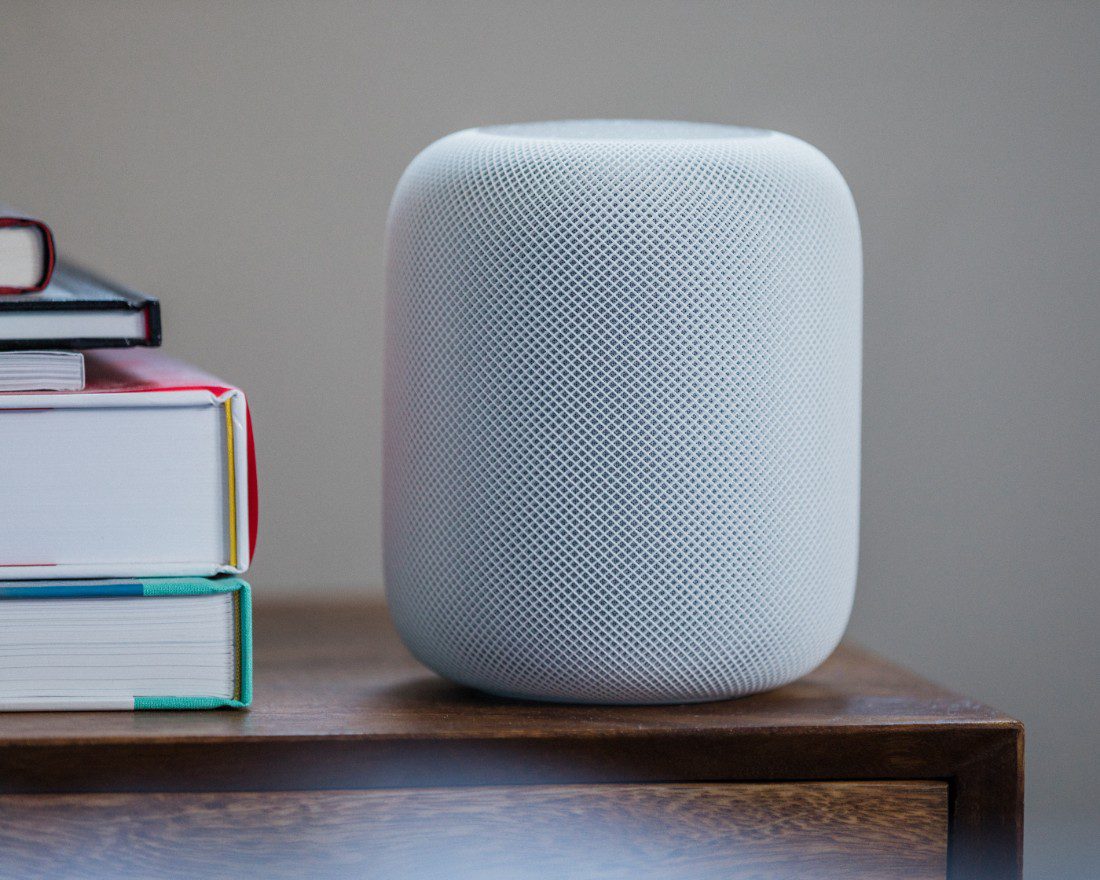 We picked up our office HomePod around a week ago, finished in white the first thing you notice is the build quality. Solid, reassuringly weighty and a stylish soft-touch mesh finish. It’s actually smaller than we thought but in a good way – it sits loud and proud but doesn’t dominate the room. 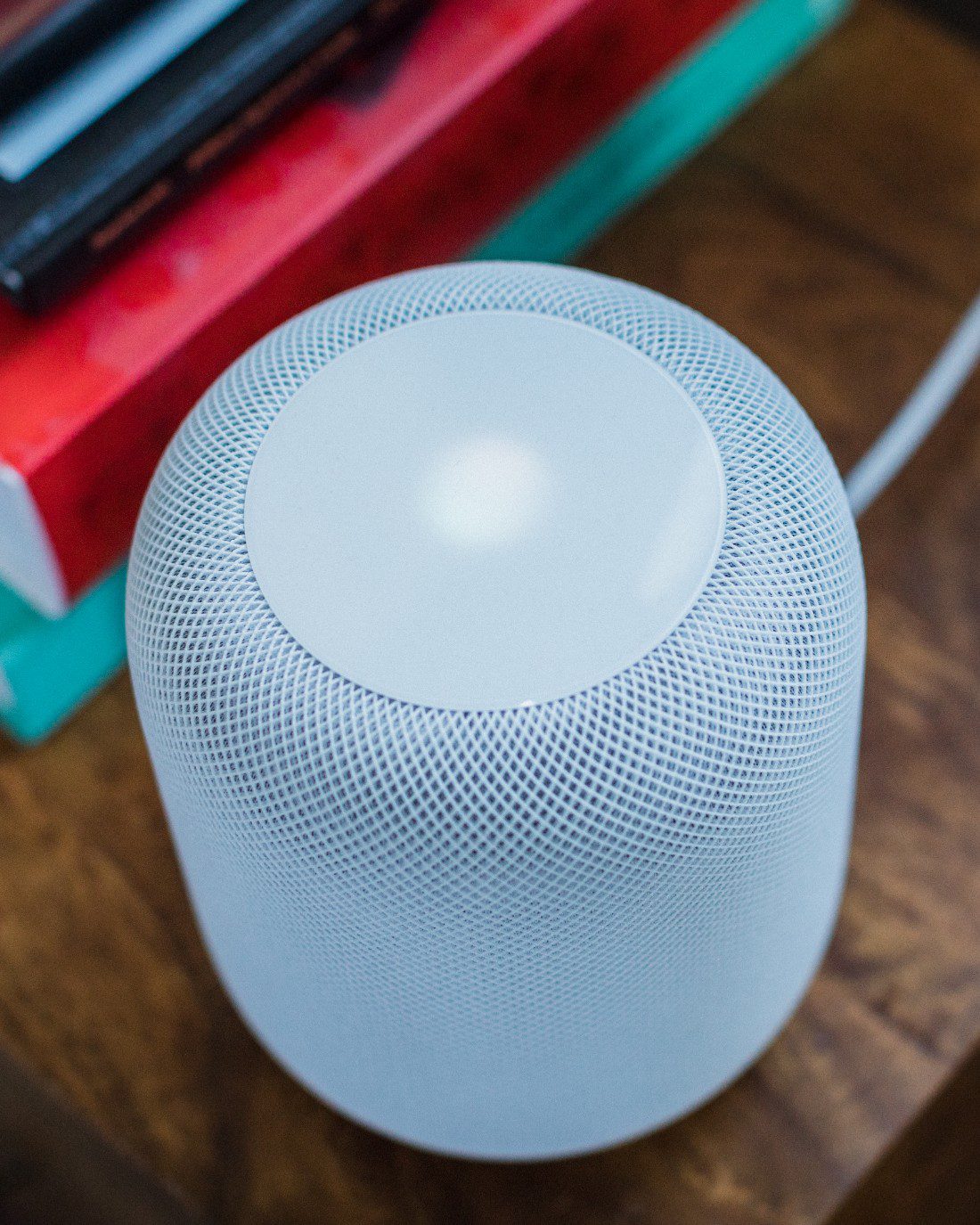 Functionally wise, the HomePod is superb- easily paired with an iPhone; just speak Hey Siri! from anywhere in the room and Siri reacts with the its trusty glowing globe lighting up atop the speaker positioned alongside two volume control buttons. “Hey Siri! Play Wake Up by Arcade Fire” – wait for confirmation and soon after the song plays. We quite enjoy asking for a recap of today’s news in the morning, sourced from the BBC or asking for the weather tomorrow. It sounds gimmicky but it’s actually more useful and more used than we thought. Apple tell us that there are six microphones from which HomePod can hear “Hey Siri” from across a room, even when loud music is playing- we never experienced Siri missing a trick when demanding a request, so can confirm this works well.

Tech wise; it’s packed with Apple’s finest hardware and software might. HomePod boasts real-time acoustic modelling, audio beam-forming, echo cancellation and more, powered by Apple’s A8 chip it delivers a wide, spacious sound. And apparently, using spatial awareness to sense its location in the room, it automatically adjusts the audio for best sound wherever it is placed. 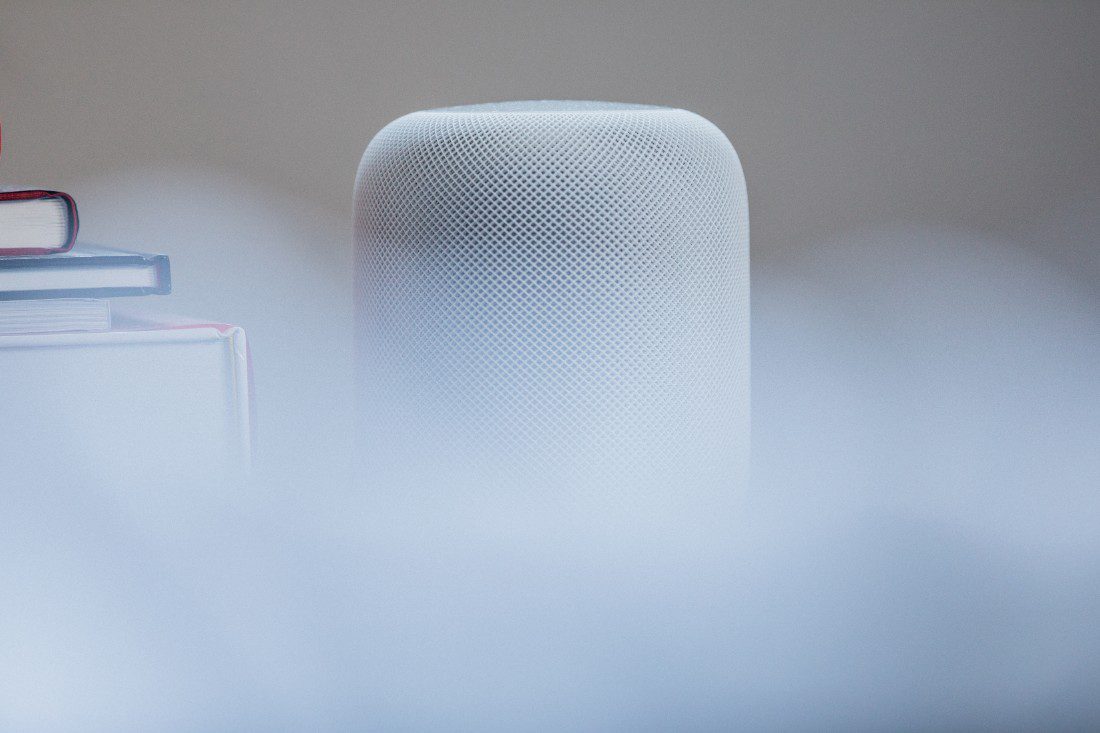 Perhaps most impressive is the base with the large, Apple-designed woofer delivering deep, clean bass, while seven beam-forming tweeters provide pure high frequency acoustics with directional control, and according to Apple- technologies that preserve the richness and intent of original recordings. We’d have to agree- the sound this thing pumps out is excellent.

Naturally, Apple want to encourage you deeper into their ecosystem so HomePod is designed to work with an Apple Music subscription and its vast catalogue of more than 45 million songs. Beyond the obvious ‘play music’ instructions though we enjoyed less specific commands, such as “Hey Siri, can you play something totally different?” – to which Siri obliges. 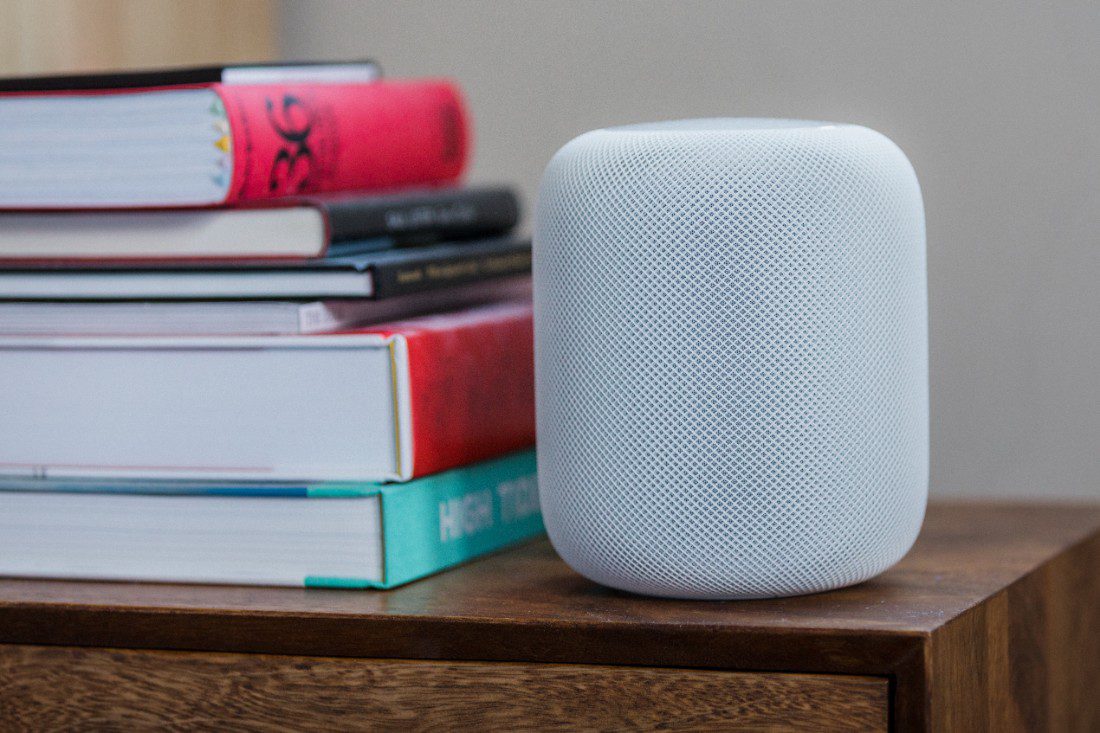 HomePod isn’t just a smart music-speaker, it’s a Home Assistant too, much like Google and Amazon’s more affordable versions. HomePod can send messages via iMessage or WhatsApp, set timers, reminders and belt out shows on Apple Podcasts. It can also be used as a speakerphone with iPhone and with HomeKit to turn on or off lights and other HomeKit compatible accessories. 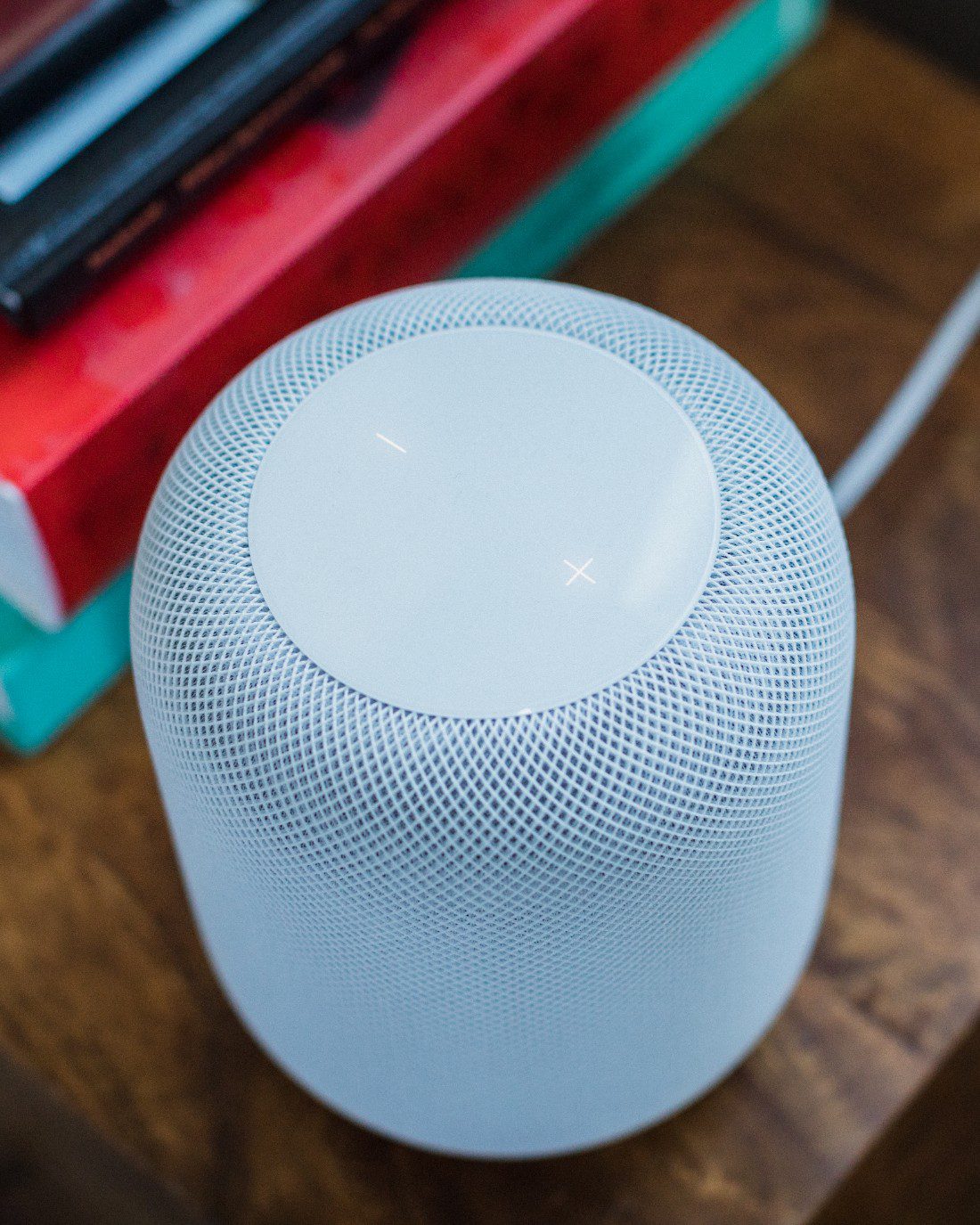 Should you buy one? Well, there are cheaper options but this is Apple’s version. You know you want Apple’s version over anyone else’s, right? We’ve actually tested Google’s version and it’s good but for those looking for a seriously capable speaker, with we are told- quality hardware beyond it’s price tag then look no further. You might consider Sonos’ version too, for a similar price but we are in love with Apple and can’t hide our affection. Tim Cook wins again, “Hey Siri! turn up the volume”.

HomePod is available at £319 from APPLE