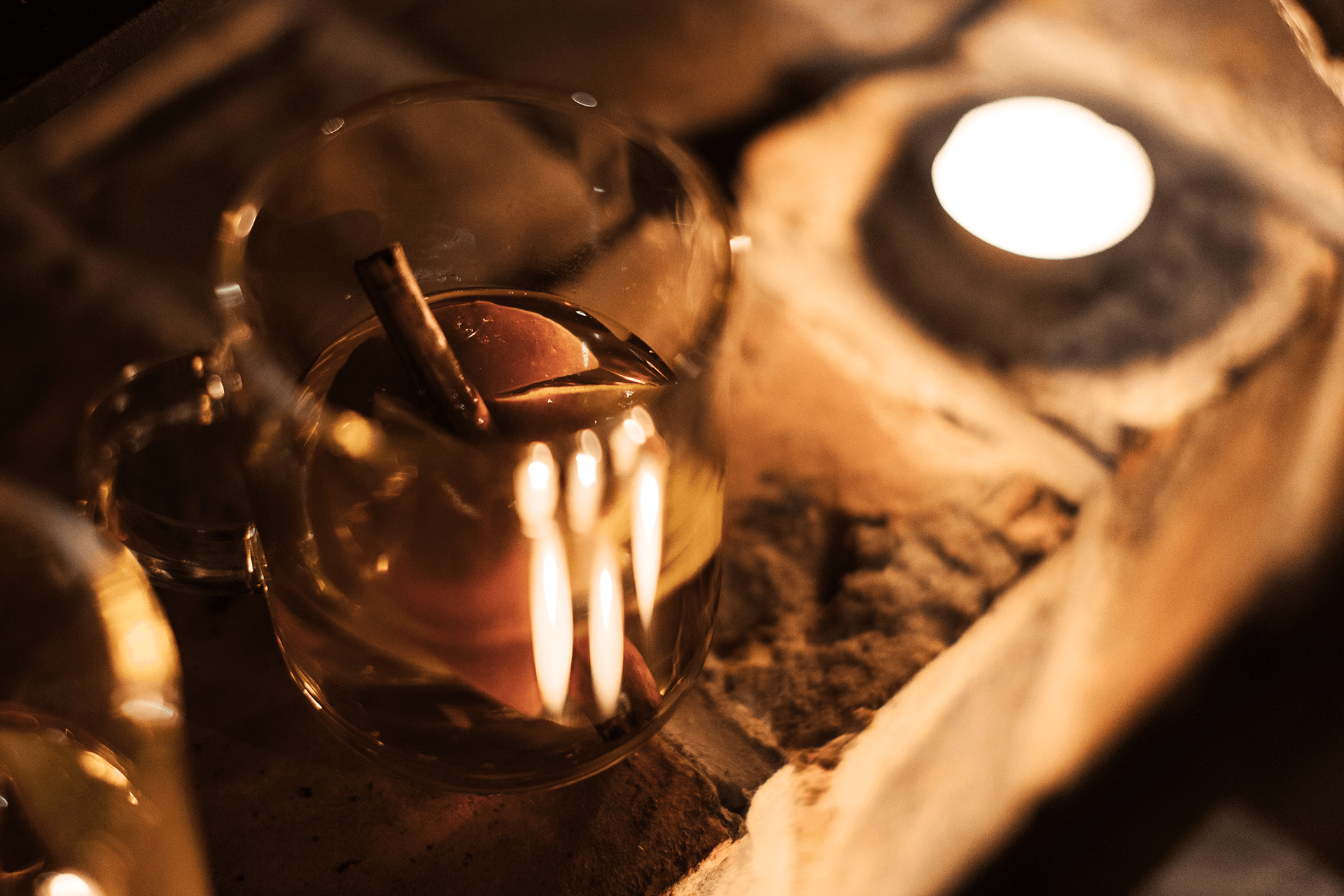 Frosty mornings, crisp blue skies, a bright winter sun and evenings around the log fire- rejoice the festive season. You might add mulled wine to this list of winter delights but this year we are suggesting an alternative- mulled gin, and specifically George & Shellys Mulled Gin. Crafted with specially selected apple juice and blended with seasonal spices including cinnamon and cloves it not only delights the tastebuds but also contains London dry gin for a firm alcoholic punch. 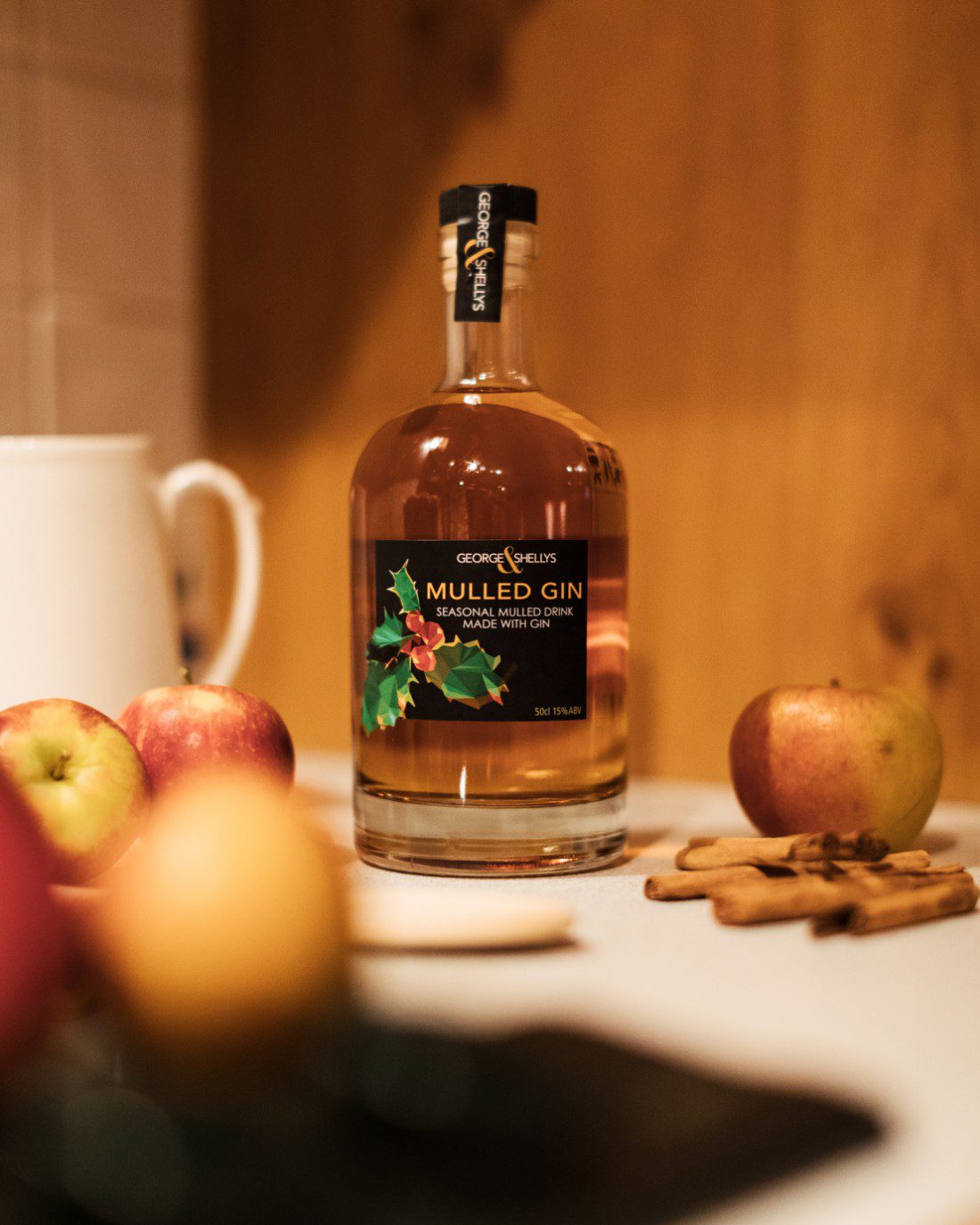 The George & Shellys’ brand is not too dissimilar to innocent Drinks’ story, who in 1999, after selling smoothies at a music festival put up a sign asking people if they thought they should give up their jobs to make smoothies? They put two bins in front of their stall- a bin saying ‘Yes’ and a bin saying ‘No’. People voted with their empties, and at the end of the weekend, the ‘Yes’ bin was full. George and Shellys’ story began in a similar way at last years Manchester Christmas Market where the dynamic-duo decided to pitch for a food and alcohol outlet. George & Shelly then developed an apple based warm gin drink that could be served from their stall, and you guessed right- it was so popular they decided to bottle their special recipe for everyone to take home and enjoy. 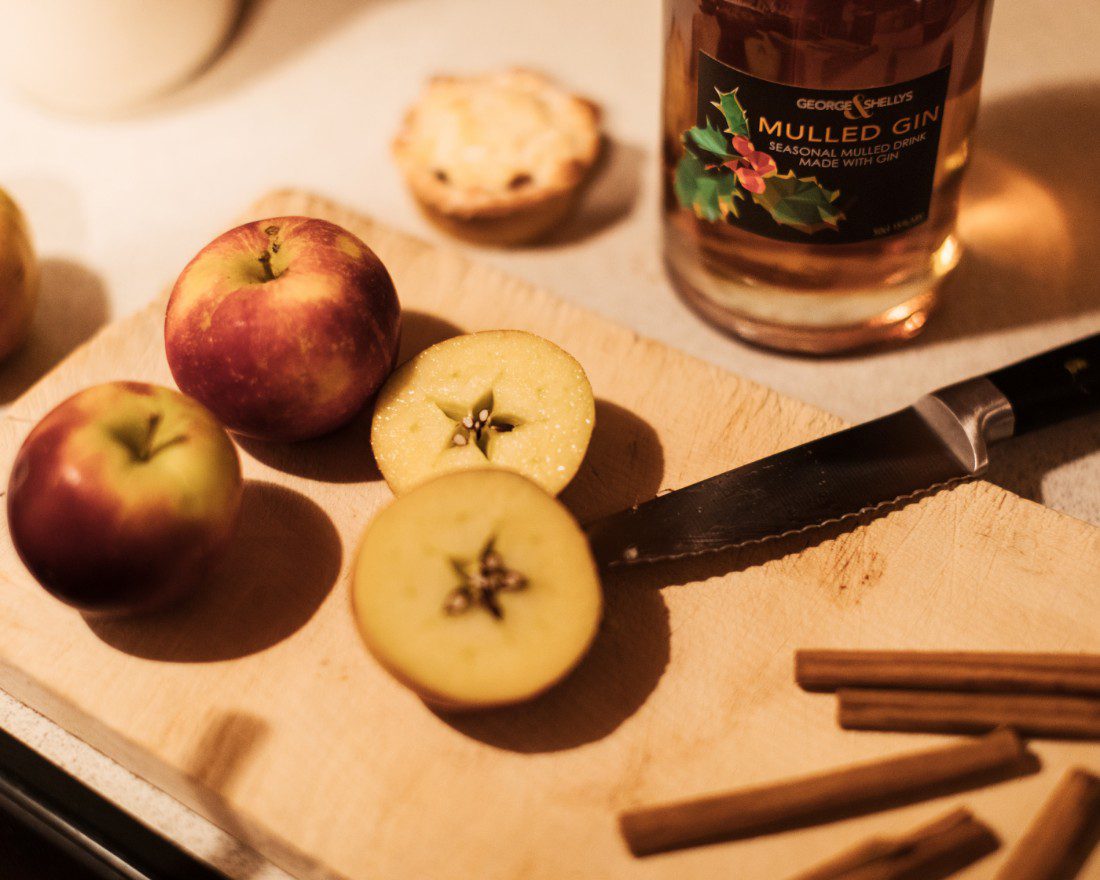 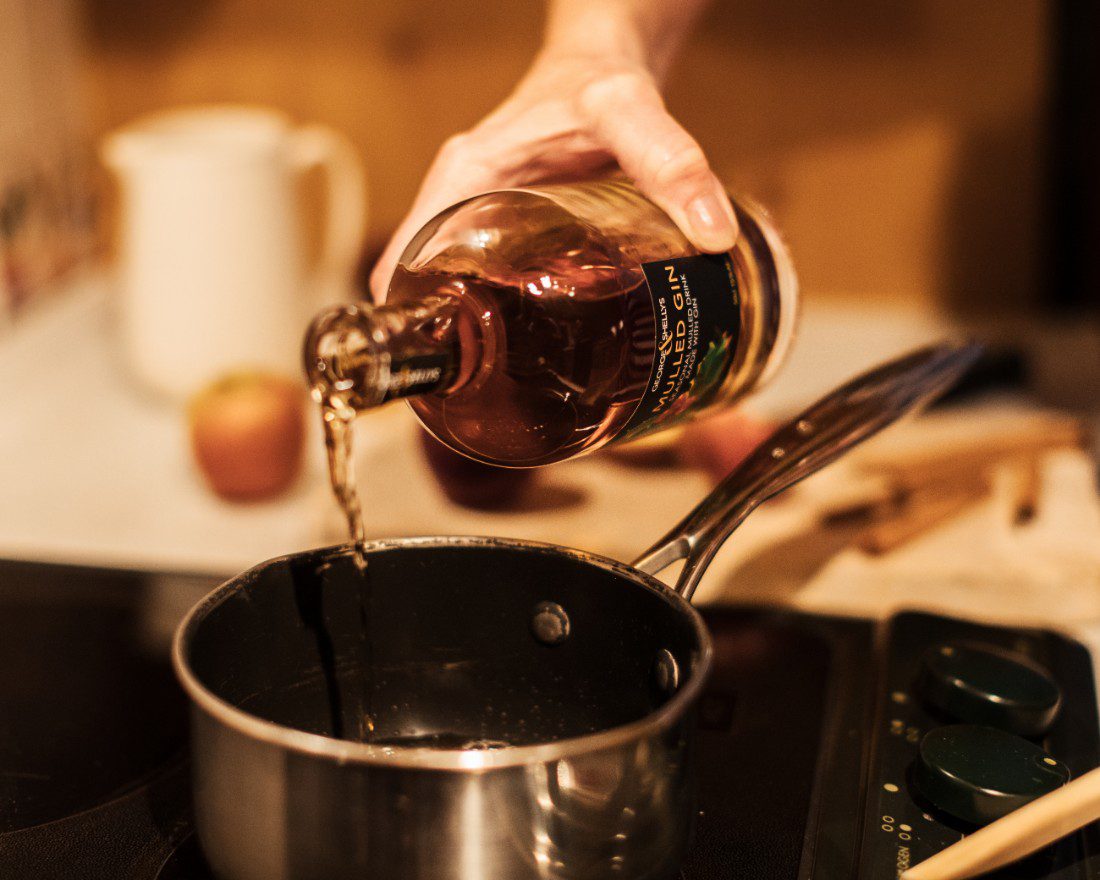 At 15% ABV you can add apple juice to enjoy a lighter version but George & Shellys Mulled Gin is best served straight up and warmed. Gently heat the mulled gin in a pan then serve with fresh apple slices and cinnamon sticks in your favourite festive mug. It’s also drinkable over ice with ginger ale or soda, and with prosecco- head to georgeandshellys.co.uk for recipe ideas. 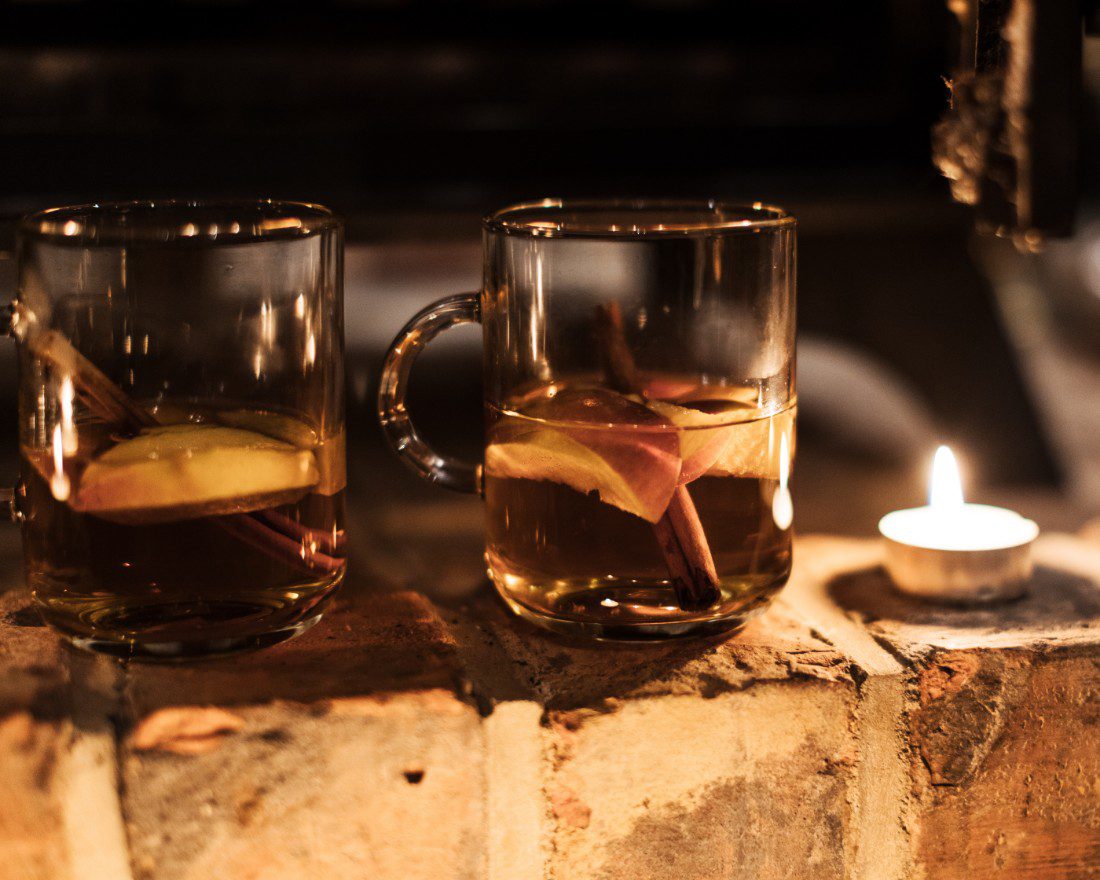 We (really, really) enjoyed the mulled gin- it’s delicious, and was the perfect winter warmer after a brisk Sunday walk in the Peak District. With the trend for artisanal gin showing no signs of slowing, mulled gin is a timely creation for George & Shelly- and a legitimate festive-alternative to mulled wine. We recommend giving it a try, you’ll be converted. And watch out for more from the girls next year, who have developed a spiced rum drink that should be available in 2018 together with a vodka based tipple and another Gin based drink, for the summer. The next, alcoholic version of innocent Drinks? The potential is there.