To mark the end of Movember our friends at men’s shaving brand Gillette have calculated that a record breaking 1000 extra miles worth of moustache hair will be shaved tomorrow, as Movember draws to a close. To mark the occasion an equivalent mound of hair has been created outside the Gillette Research and Development Facility in Reading.

An average man’s moustache contains 600 hairs which grow at approximately 8.1mm per month. With over 350,000 men taking part in Movember this year, this equates to a staggering 1,000 miles worth of additional ‘Mo’ hair being shaved tomorrow. – Gillette Scientist, Dr Kristina Vanoosthuyze

The simple act of growing a moustache has become synonymous with the month of November and Movember’s mission to combat Prostate and Testicular cancer. 2012 has been the best year to date with more than £12 million raised in the UK so far. 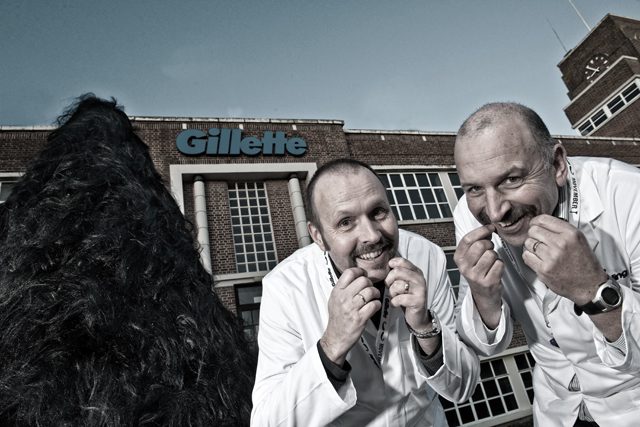 Gillette has brought the strength and reach of the Gillette brand to support Movember’s efforts to raise funds and awareness of men’s health issues and encourage participation. This is evident in the moustachioed faces of the R&D staff who represent some of the 600 employees from Gillette UK who have taken on the challenge of growing Mos on their previously shaven top lips. So far, they’ve raised more than £40,000 in addition to the company’s donations from product sales.

Respect to Gillette, official partner of Movember, for encouraging men up and down the UK to embrace the Mo as well as donating up to £100,000to Movember‘s men’s health partners: Prostate Cancer UK and The Institute of Cancer Research.