Co-founded by brothers Nick & Giles English in 2002, Bremont has made a substantial impact on the watch industry in a very short period of time.

Sticking to their principles of aviation, military, British engineering and adventure has seen them rise into the top handful of watch producers in the world, and play an influential role in British industry.

As this exciting brand continues to grow, we’ve put together a list of five Bremont releases to check out this year. 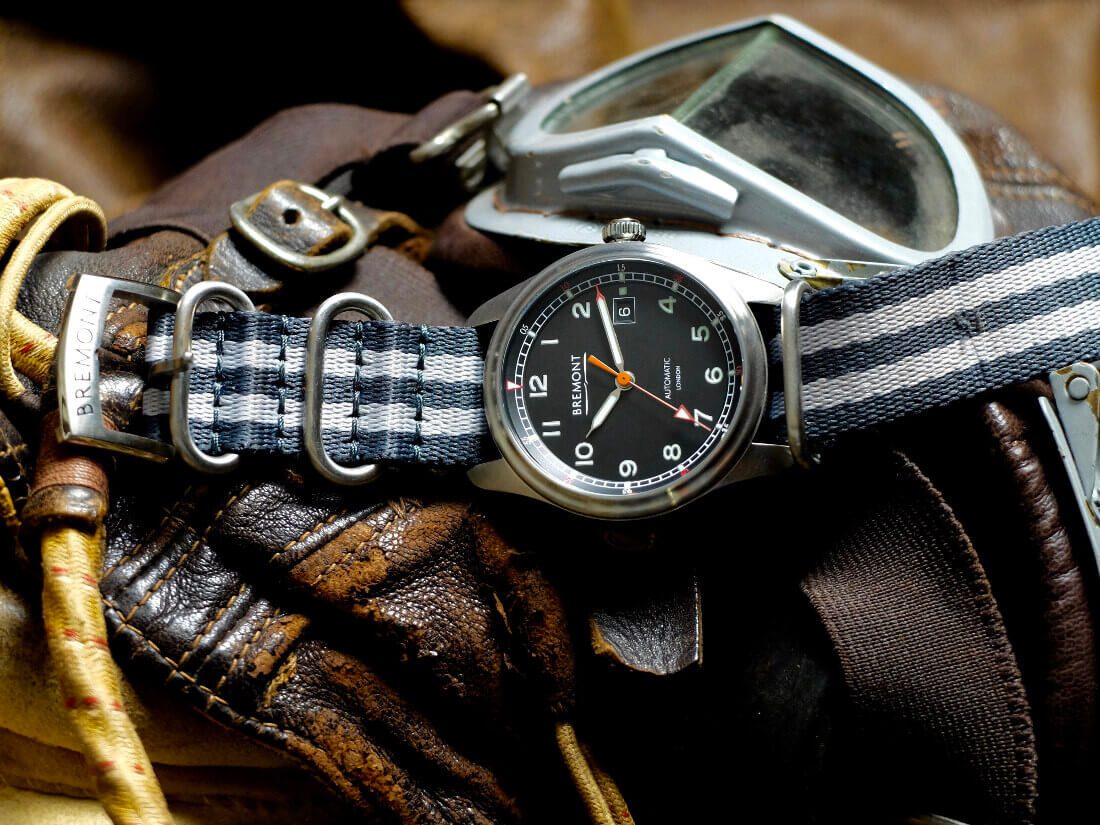 With this design, Bremont go back to the roots of military aviation to create its first, 40mm, classically-styled three-hand pilot watch which, appropriately, joins the line-up in 2017 as the Royal Air Force gears-up to celebrate its centenary next year. The former boasts a stain finished case, a military inspired back dial offset with a sweeping orange second hand, and comes on a vintage brown calf leather strap.

By contrast the AIRCO MACH 2, probably best described as more of an officer’s dress watch, features an immaculate 40 mm polished case with sapphire crystal back. 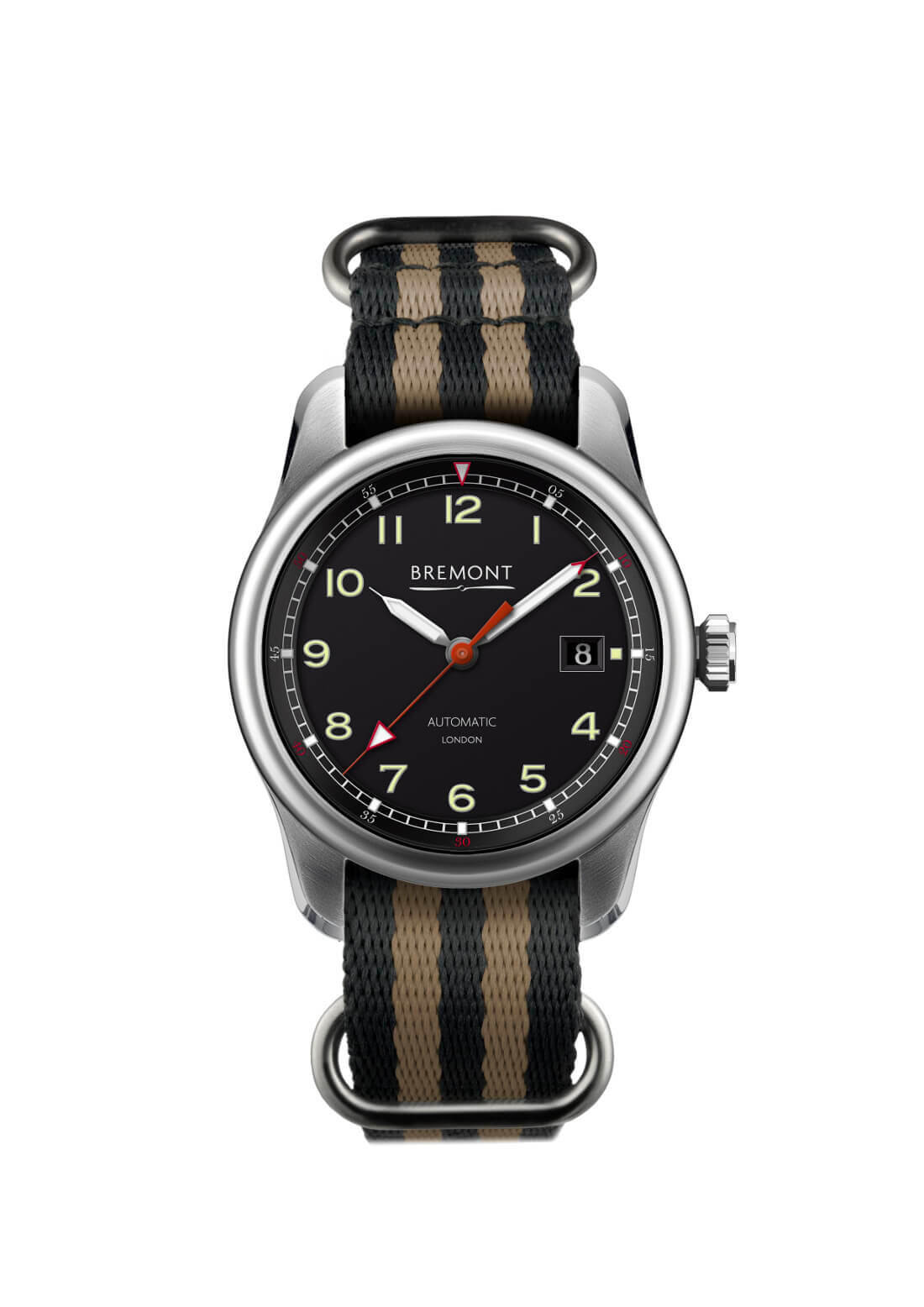 As with every classic design, evolution is a necessity, and this year sees Bremont update their 2007 watch, the ALT1-P.

The 2017 ALT1-P has new dials and hands housed in a new case design, which remains 43mm in dimension. 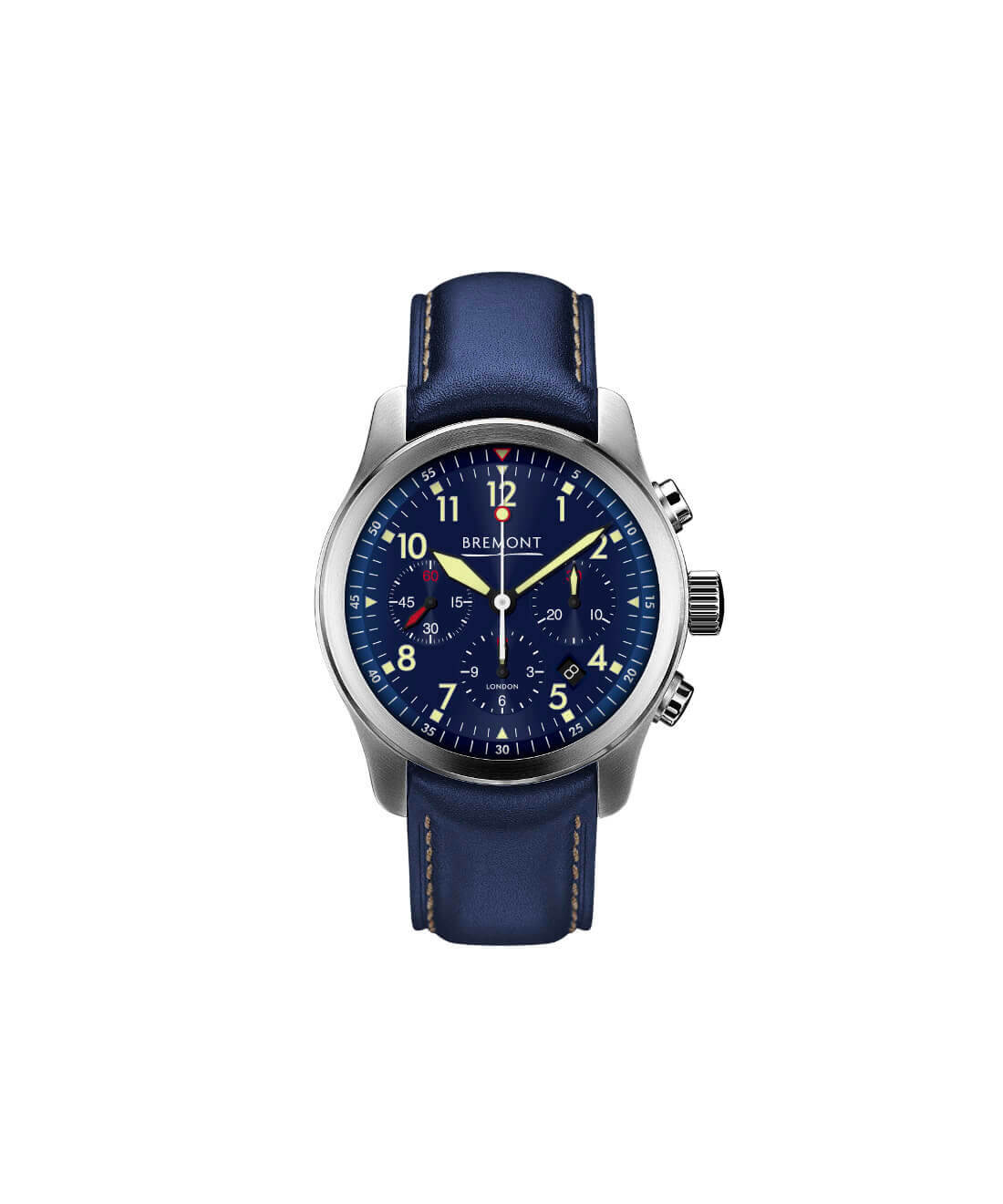 For the first time, a cream coloured dial will be added to the range to sit alongside the well-known and respected blue and black variants.

New, larger Super-LumiNova hands and effective dial markers remain an important feature to maintain the legibility the ALT1-P has become renowned for. 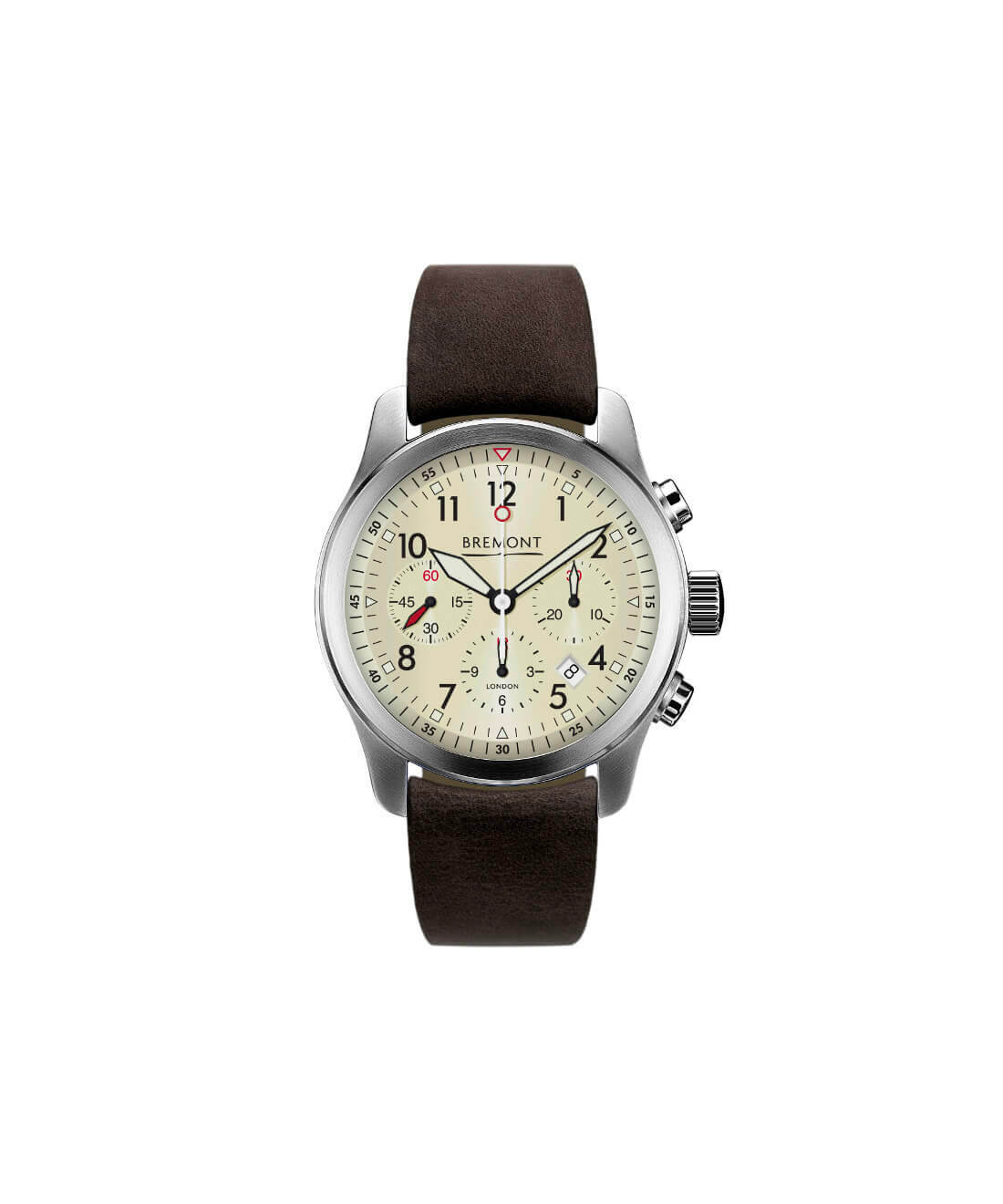 Further developing its America’s Cup range of timepieces, Bremont will be making two new additions to the line-up this year, the AC35 and the AC-R-II. 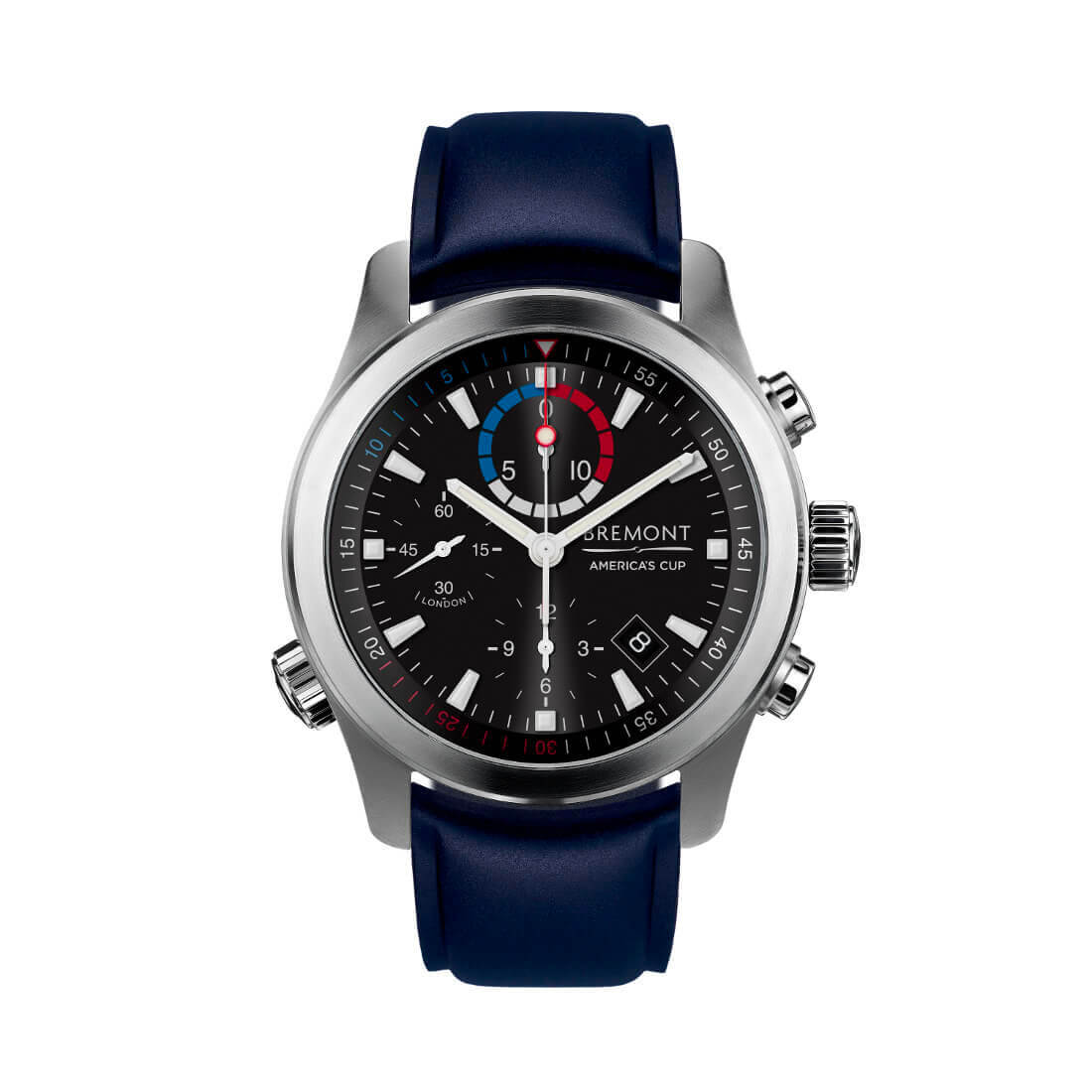 Designed to be both highly legible and incredibly tough whilst at sea, the AC-R-II has been manufactured from hardened stainless steel, made to an exceptional hardness of 2000 Vickers, which is seven times than that of an average stainless steel watch case.

The AC35 model will be made in a very limited run of 35 rose gold watches, to mark this being the 35th America’s Cup, and is inspired by the legendary J-Class yachts of the 1930s with a classic and understated design. 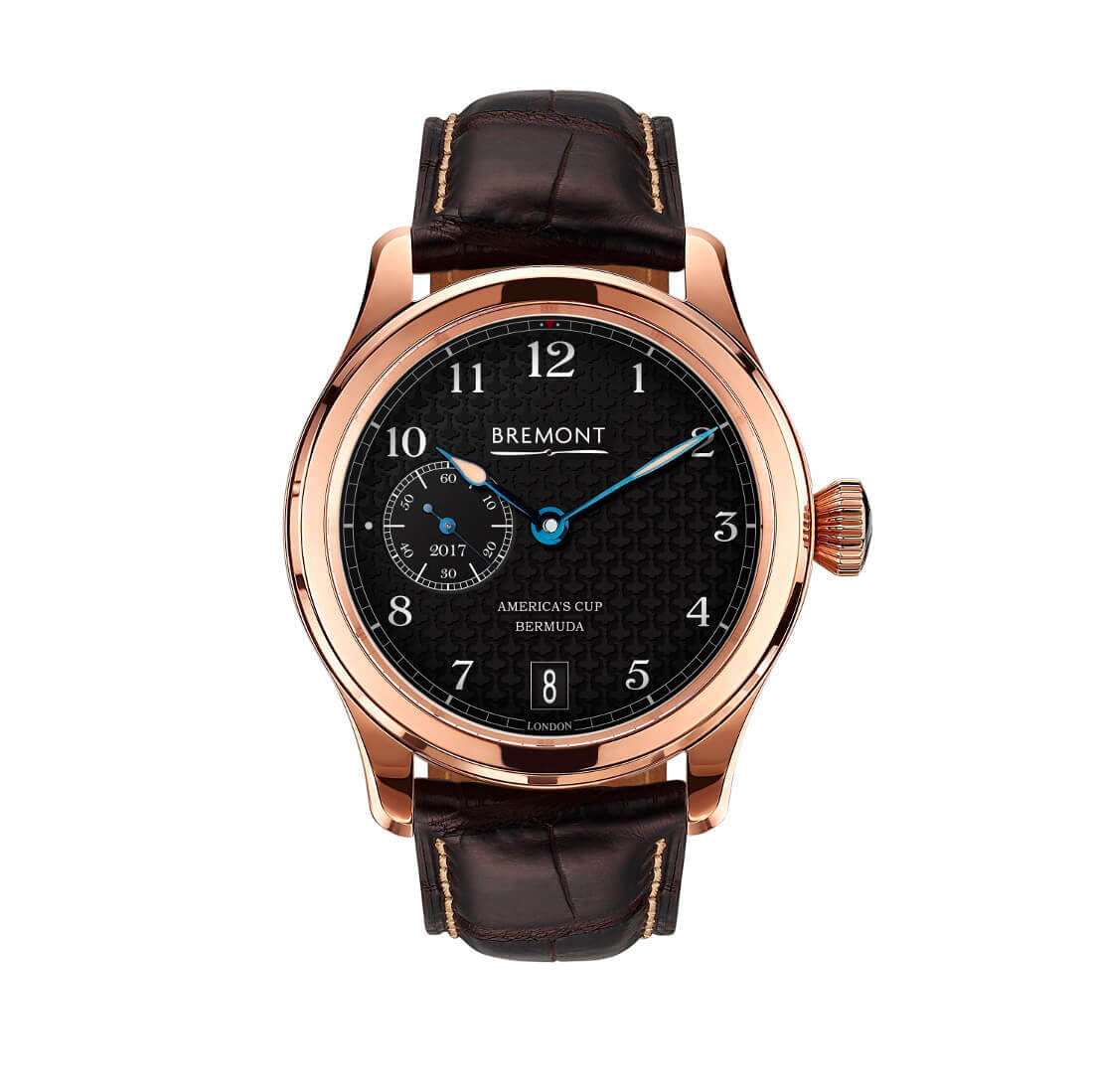 Through the launch of Bremont’s E-Type collection, the British watch company has paid homage to one of the most iconic cars ever made, the E-Type Jaguar.

This new white dialed counterpart to the existing Bremont Jaguar range features new hands and a red stitched ‘racing’ leather strap, a nod to the red racing stripes which adorned the 18 stunning E-Type racers produced in 1963. 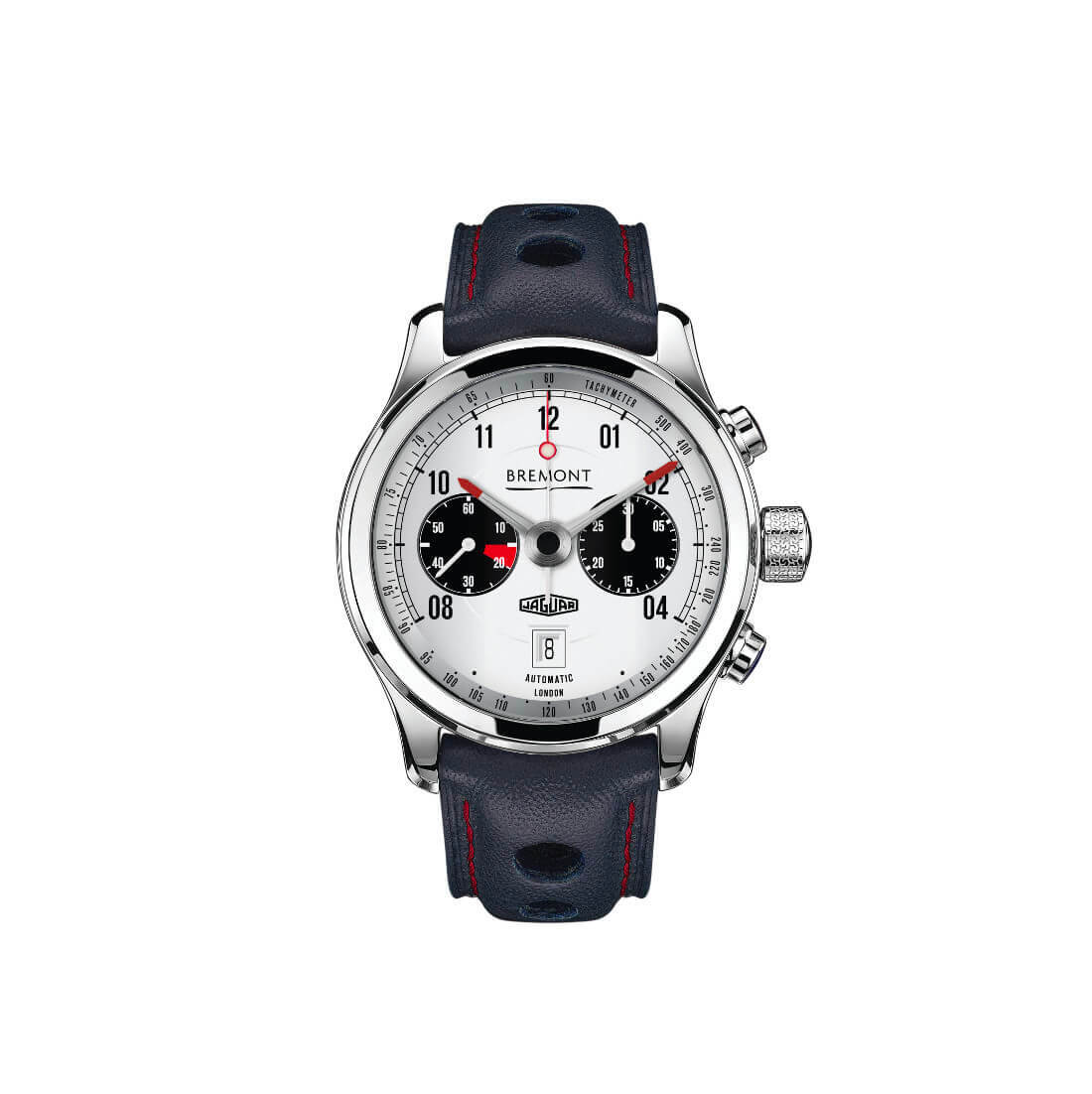 “All of the Bremont Jaguar watches subtly relay some of the codes of the E-Type, but are also easy to recognise as having been created with the car in mind. They simply look absolutely right when you wear them in the driving seat – almost as if they had been designed alongside the car back in the ‘60s.” – Ian Callum, Jaguar Director of Design 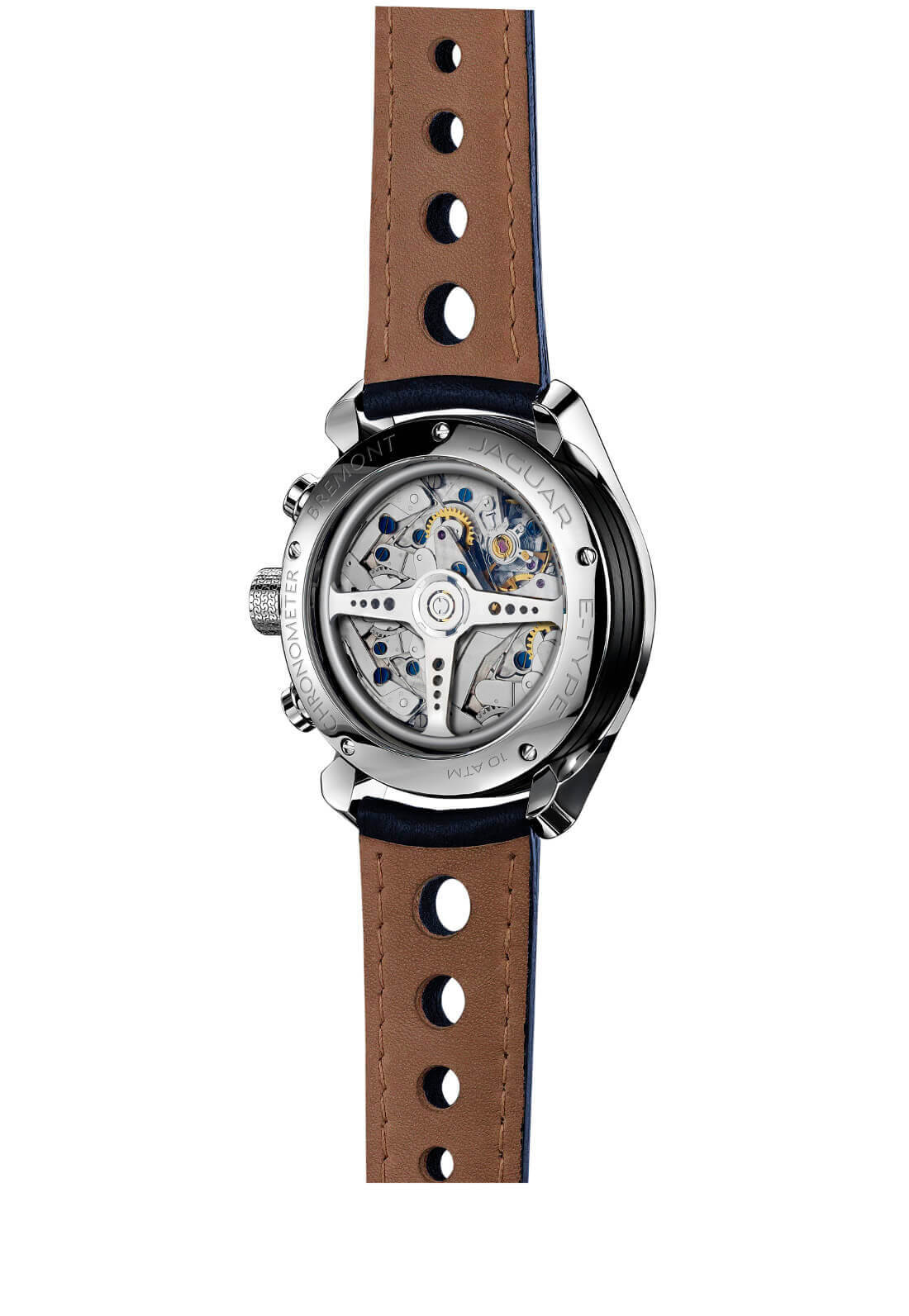 The Type 300 and 301 timepieces are the latests designs in the Supermarine Range, a series of specialised dive watches adopted by the military and dive professionals alike.

The watches’ namesake derives from the 1930’s aircraft company, Supermarine, whose first ever Spitfire prototype – the Type 300 – led to one of Britain’s most iconic aircraft. 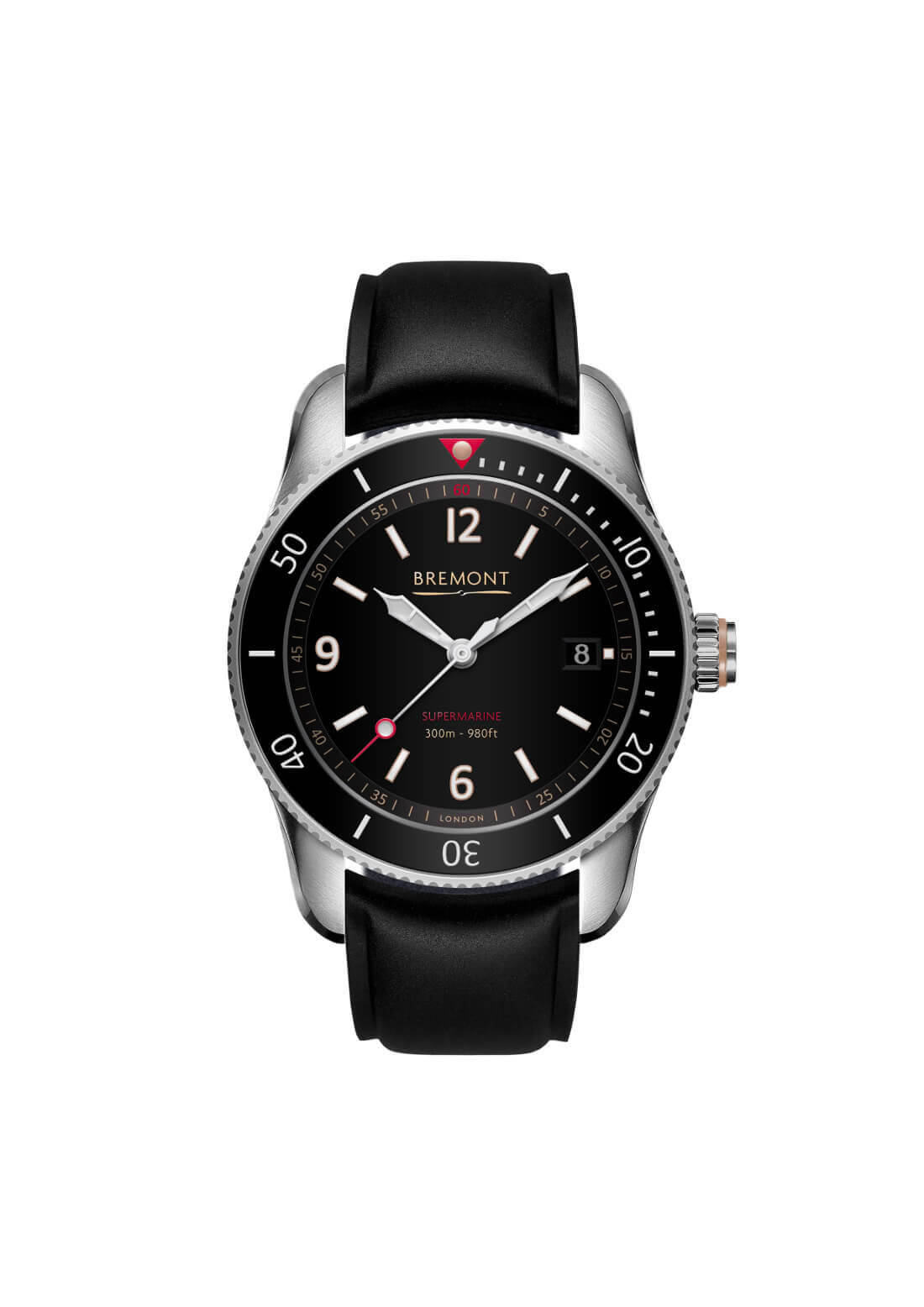 There will be two variations of the Type 300, and one sister model, the Type 301. 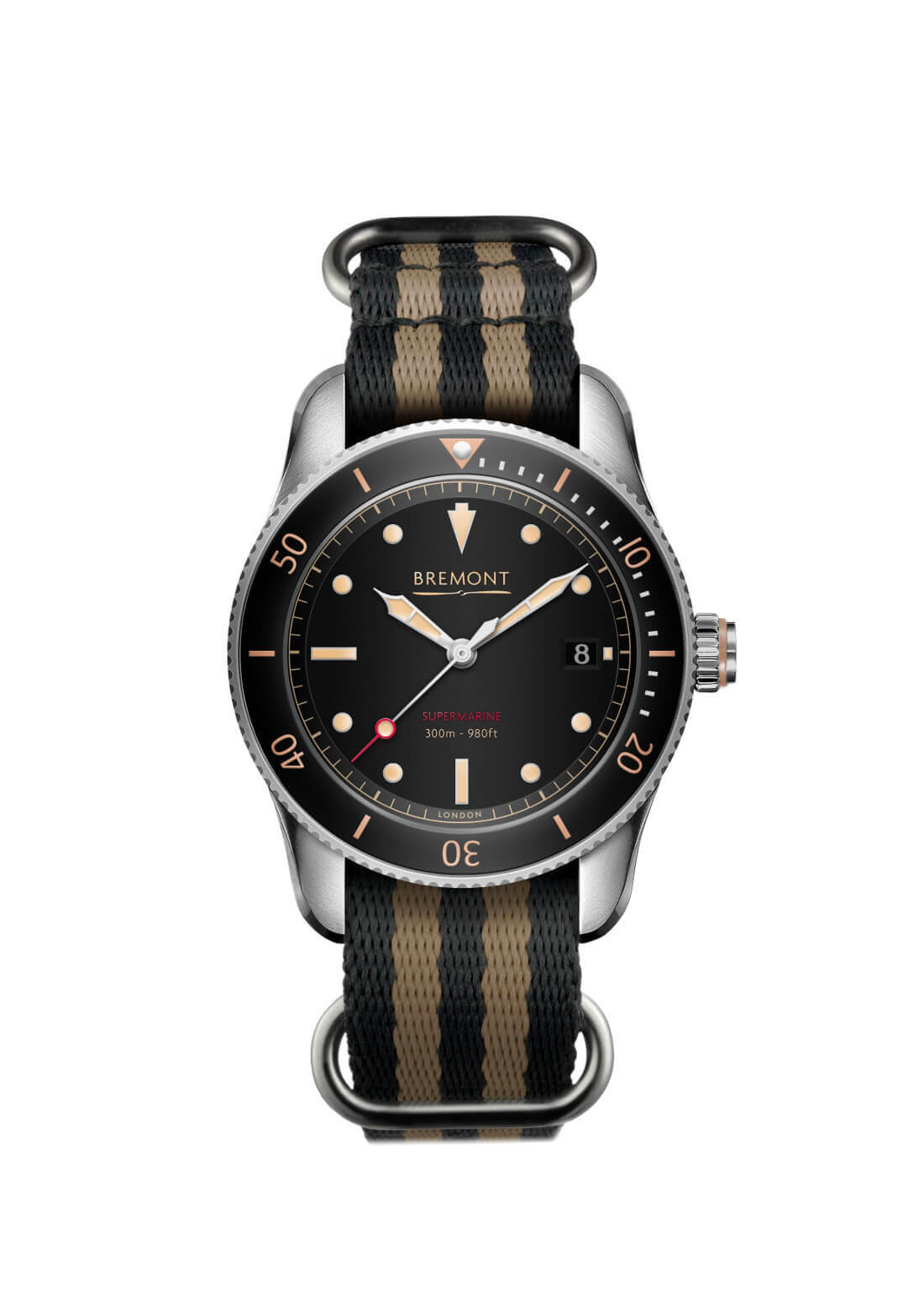 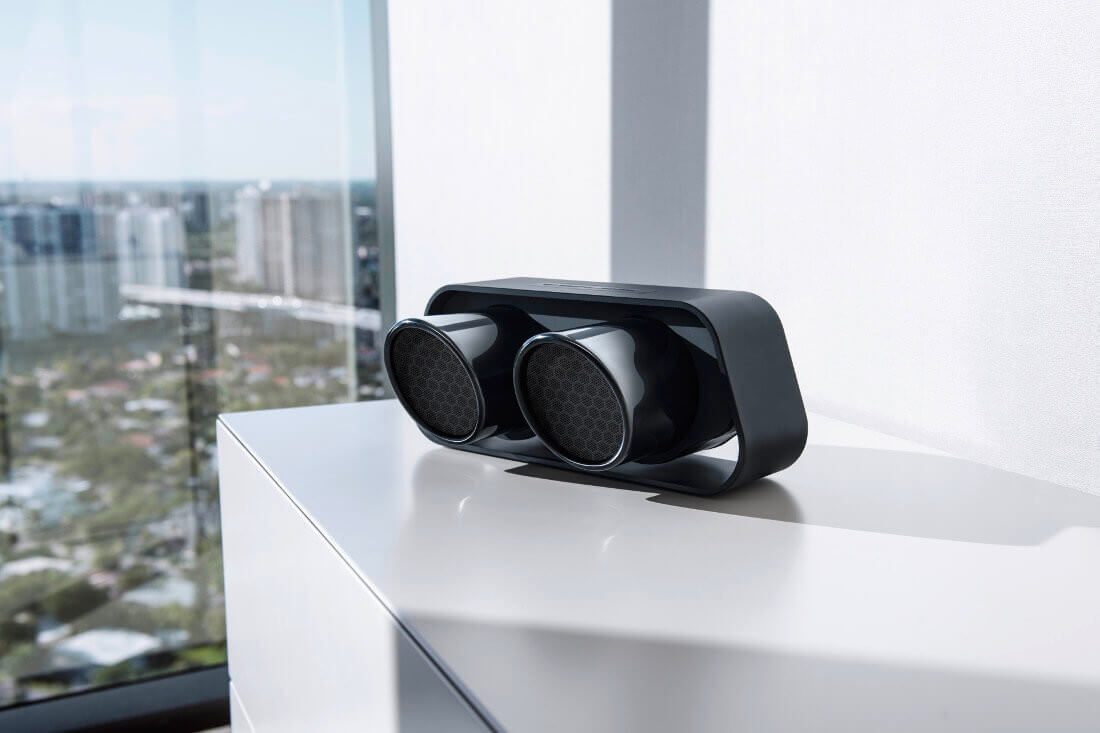 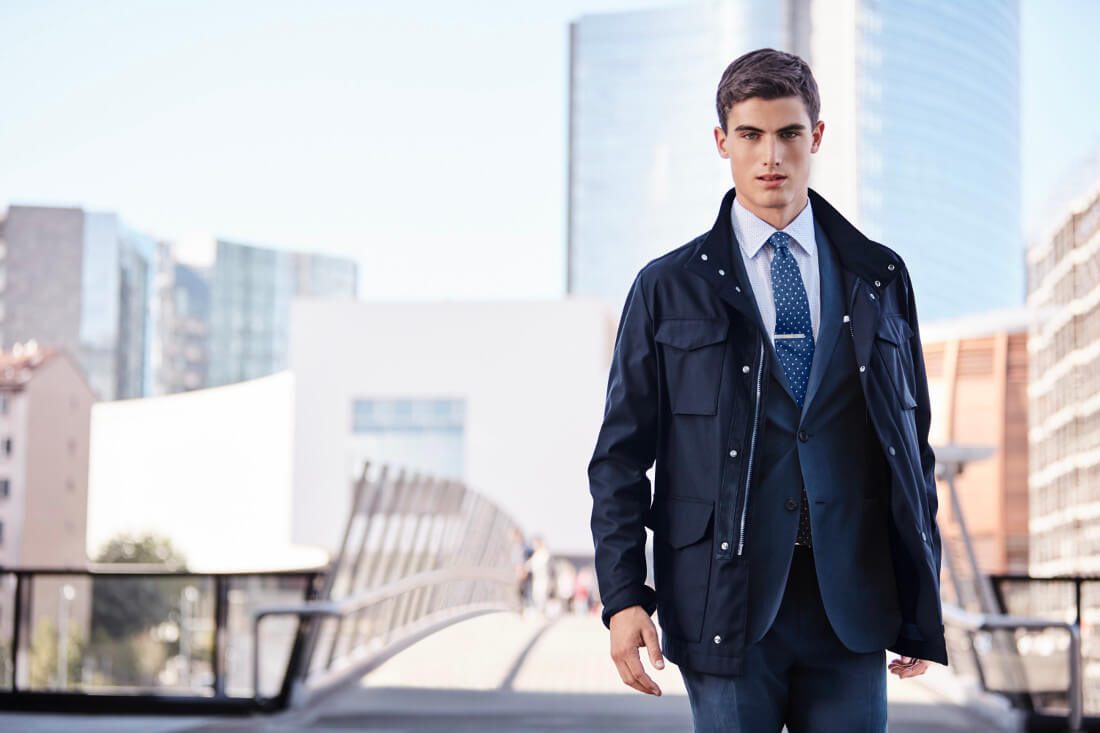