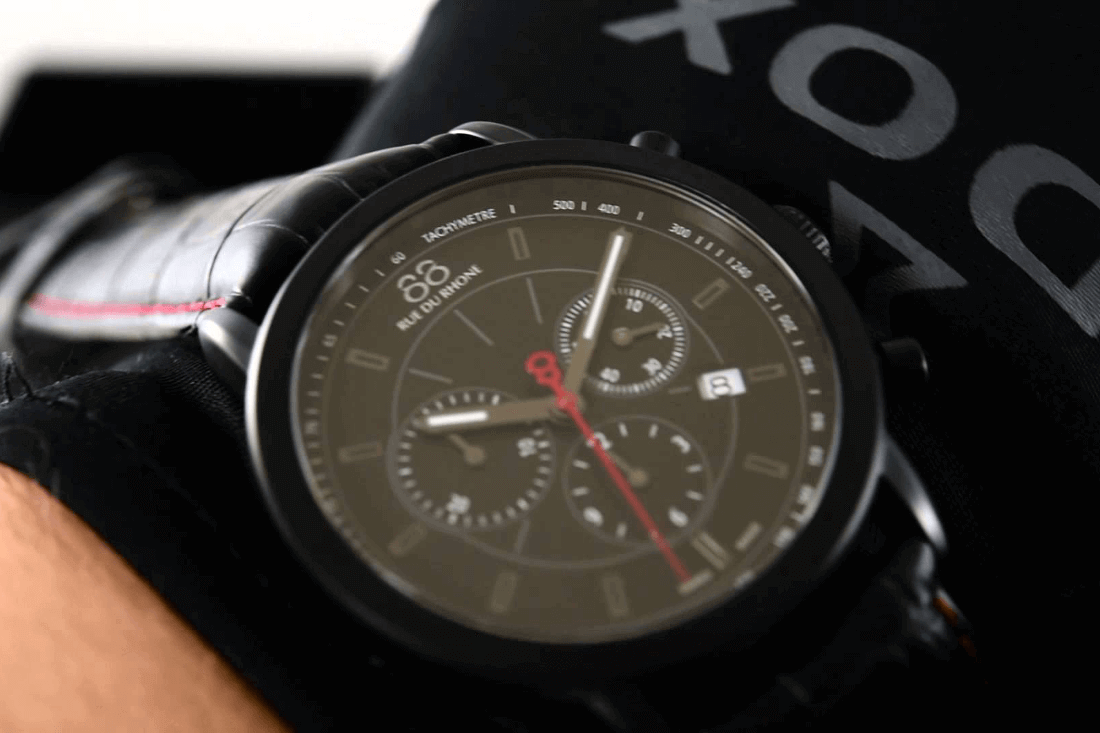 Introducing the Swiss watch brand 88 Rue Du Rhone, launched in 2012 by the Bernheim brothers, Elie and Pierre who are the grandsons of Swiss watchmaker Raymond Weil. Their aim is to present quality watches which are affordable allowing more people to enjoy a piece of luxury.

The title of the brand comes from the name of the Geneva River “Rue Du Rhone.” The mystery is still to be solved as to where the 88 came from. The Bernheim brothers are great fans of cinema, and in 2012 they created the Double 8 Origin collection, dedicated to movies and actors. They will be revealing this collection at Baselworld 2013, which was launched exclusively at Selfridges, Oxford Street, London.

The brothers have kept an on-going film them with their brand because as well as their collection dedications they are also the official Time Sponsor of the British Academy of Film and Television Arts awards (BAFTA’s).

The brand offers a great selection of watches which have proven to be very popular in the short amount of time from which they launched in 2012.

A variety of the 88 Rue Du Rhone watches are available from The Watch Hut.