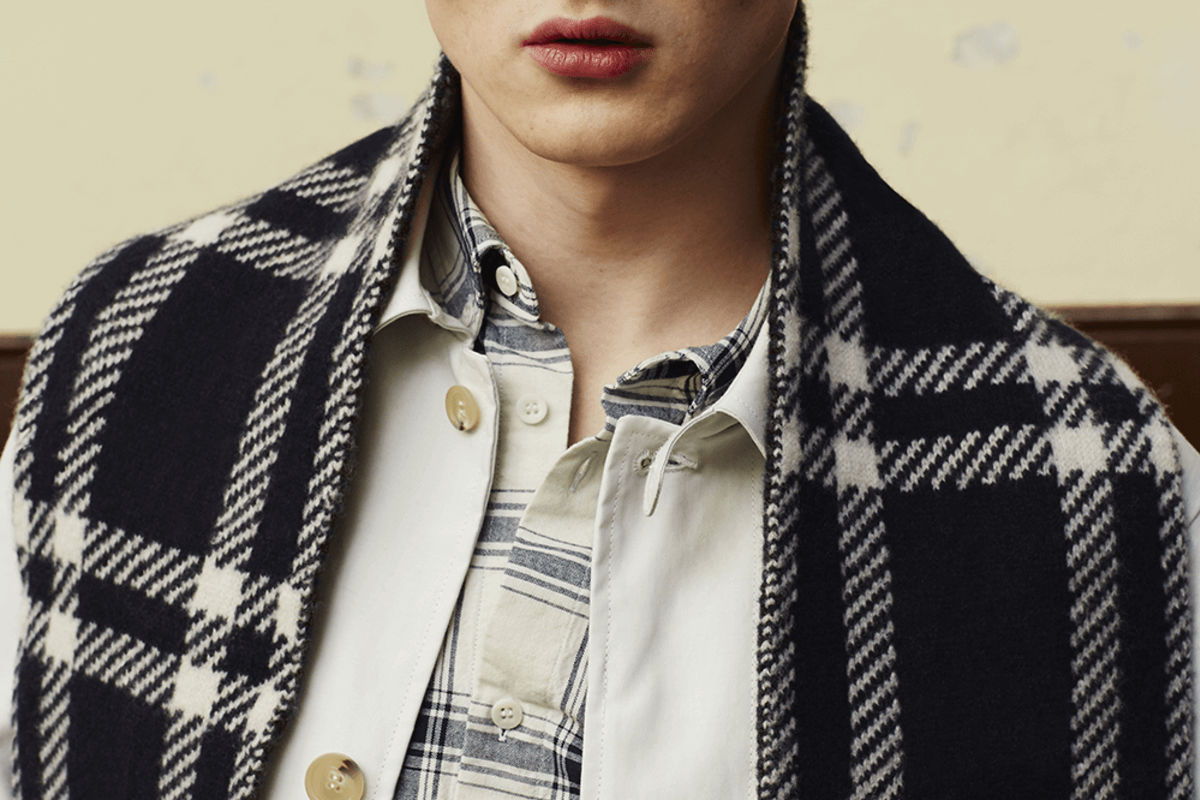 Jean Touitou, the Tunisian-French creative director and founder of A.P.C. took inspiration from Britain for the A.P.C. Autumn/ Winter 2016 campaign. From the fabric of a jacket to the styling details of a look, there is a nod to Englishness throughout.

Examples include a pink knit-tie, knotted with a four in hand, often referred to as a school-boy knot, it is simple and discreet and best suited to a button down dress shirt. A dress shirt worn unbuttoned at the collar representing a certain kind of self-contained eccentricity.

A geometric Paisley print by designer Pierre-Marie featured on twill trousers paired down with a formal wool coat. Likewise tartan, synonymous with Britishness was contrasted with a psychedelic Aran knit jumper, a nod to the punk movement.

Also present; a capsule collection of Louis W. for A.P.C. A series of jackets all worn over utilitarian boiler suits inspired by the May ‘68 events in France. A traditional black aviator is backed with the thickest of shearling. Elsewhere a black shearling is printed white to create a grey effect. Louis W. knitwear worn throughout were all produced with a hybrid v/round neck.

Available from matchesfashion.com now, starting at £60.