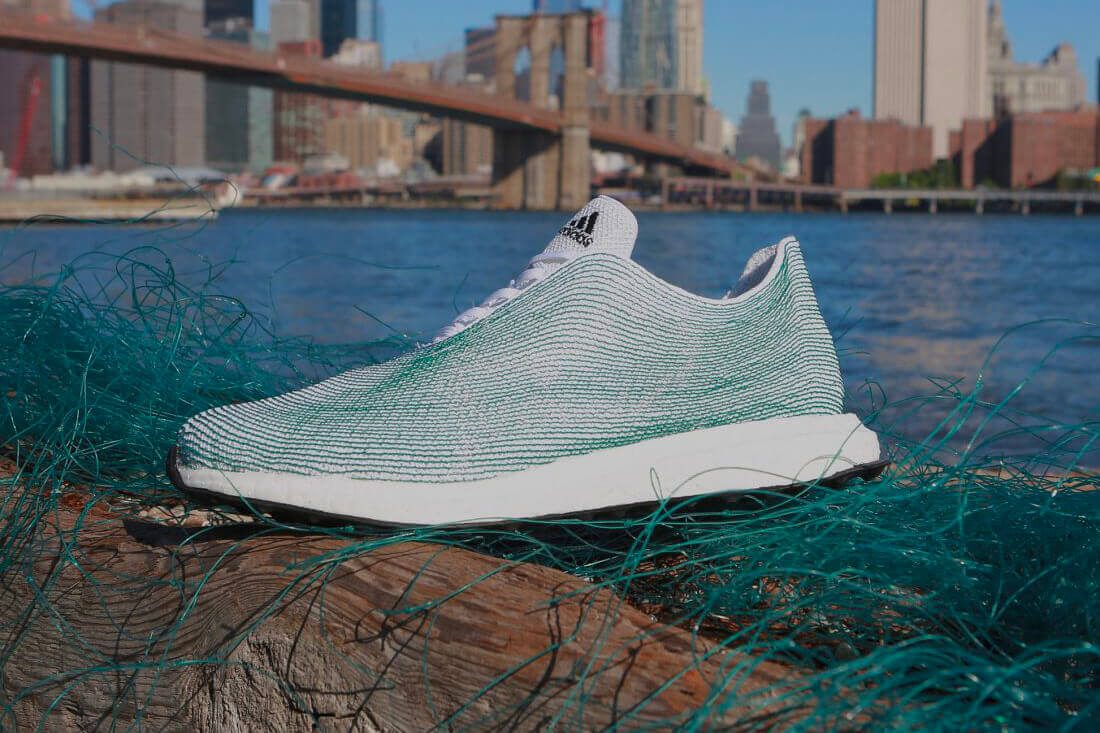 Adidas have announced a partnership with Parley for the Oceans – an organisation in which creators, thinkers and leaders come together to raise awareness about the state of the oceans and to collaborate on projects that can protect and conserve them. As a founding member, adidas supports Parley for the Oceans in its education and communication efforts, and its comprehensive Ocean Plastic Program that intends to end plastic pollution of the oceans.

To raise awareness, adidas have created a world first shoe, with an upper made entirely of yarns and filaments reclaimed and recycled from ocean waste and illegal deep-sea gillnets. Parley partner organisation Sea Shepherd retrieved the nets after a 110-day expedition tracking an illegal poaching vessel, which culminated off the coast of West Africa.

The concept shoe illustrates the direction adidas and Parley for the Oceans are taking, ahead of consumer-ready ocean plastic products being revealed later this year.