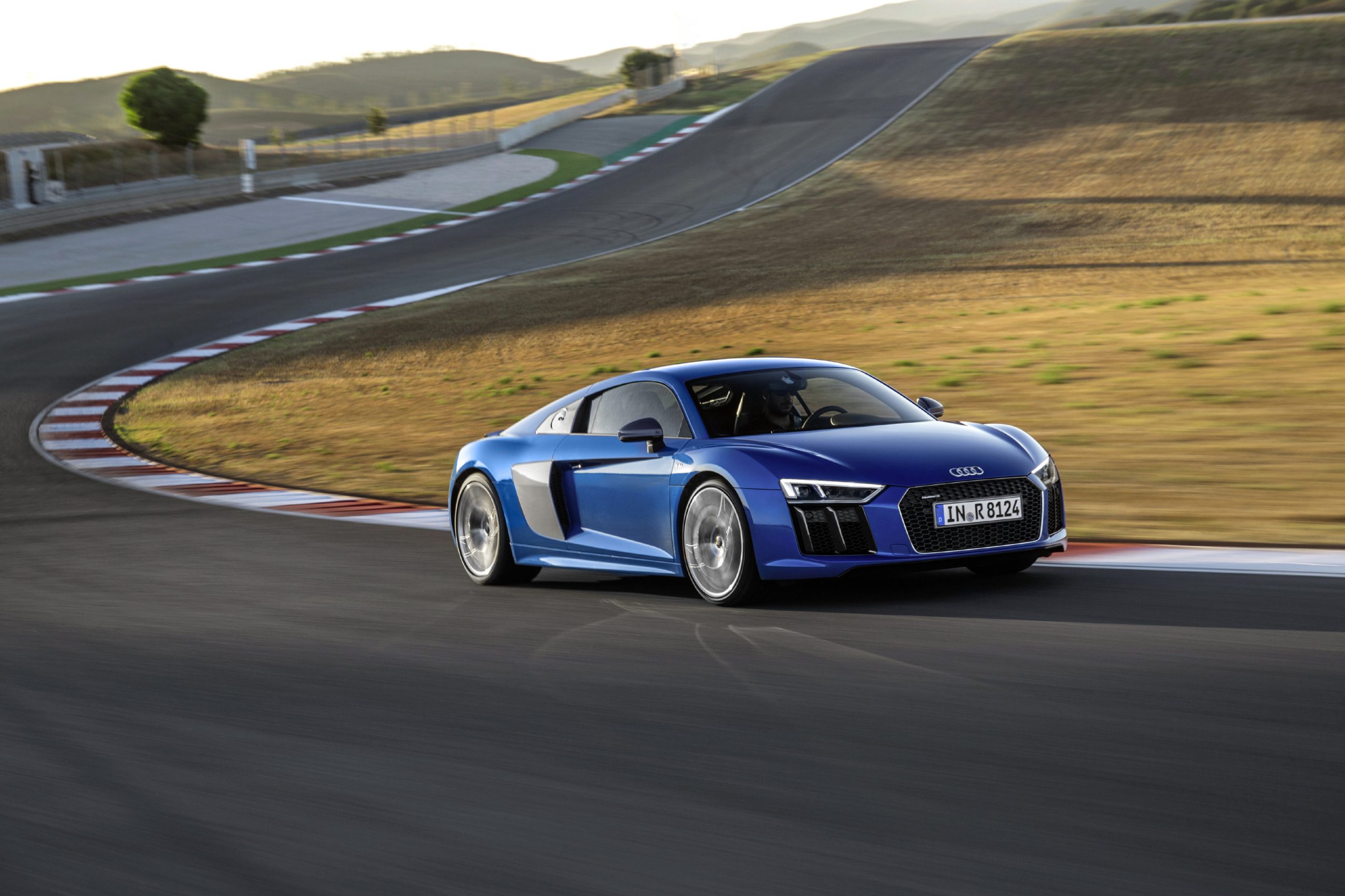 When the Audi R8 arrived back in 2007 it was widely considered the ultimate everyday supercar. Blistering performance combined with genuine comfort and practicality meant it demanded little in the way of compromise.

And now there’s an all-new version- and even faster, more aggressive and more theatrical version. The sleek, angular body remains largely the same as it did before, but there are a few changes to the bumpers along with a set of sharper LED headlights to give a more assertive front end.

The party piece of the R8 remains the howling V10 engine, which you can admire in all its glory through the glass rear end. It develops 602bhp and channels its power through a seven-speed dual-clutch automatic gearbox and four-wheel drive, meaning 0-62mph is over in just 3.2 seconds. By the time you finish reading this sentence the R8 will have rocketed past 100mph.

The R8 has a dual personality. Take it easy and leave all of the car’s settings in comfort mode and this 602bhp monster is no more difficult to drive than a family hatchback. Dial everything up to Sport mode and the red mist descends: the car stiffens up, the exhaust becomes louder and its responses become more immediate.

Inside, things get even better. Quilted leather seats provide plenty of support and Audi has fitted a new Virtual Cockpit display behind the steering wheel which replaces the conventional dials. All of the car’s functions can be operated through it, so you can view navigation maps, Radio settings and even your Spotify playlists- it’s an incredibly slick and intuitive system to use.