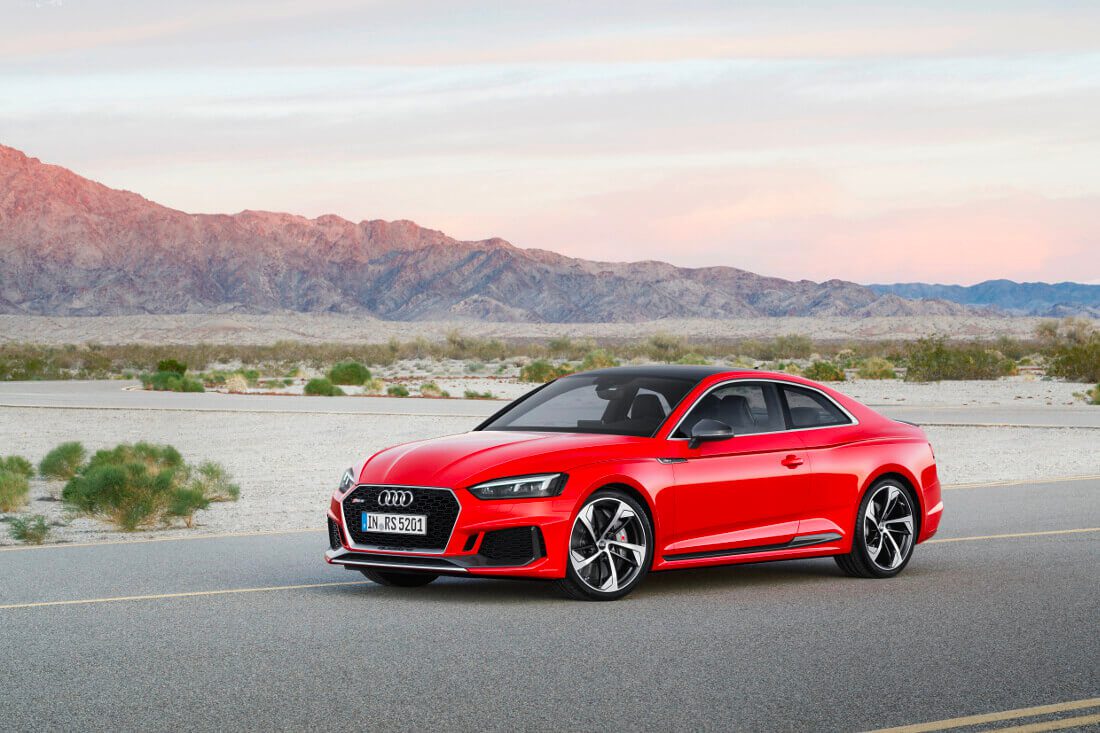 What’s quicker than a Lamborghini Gallardo but costs less than half the price? The new Audi RS5 coupé, and Ape has been behind the wheel. 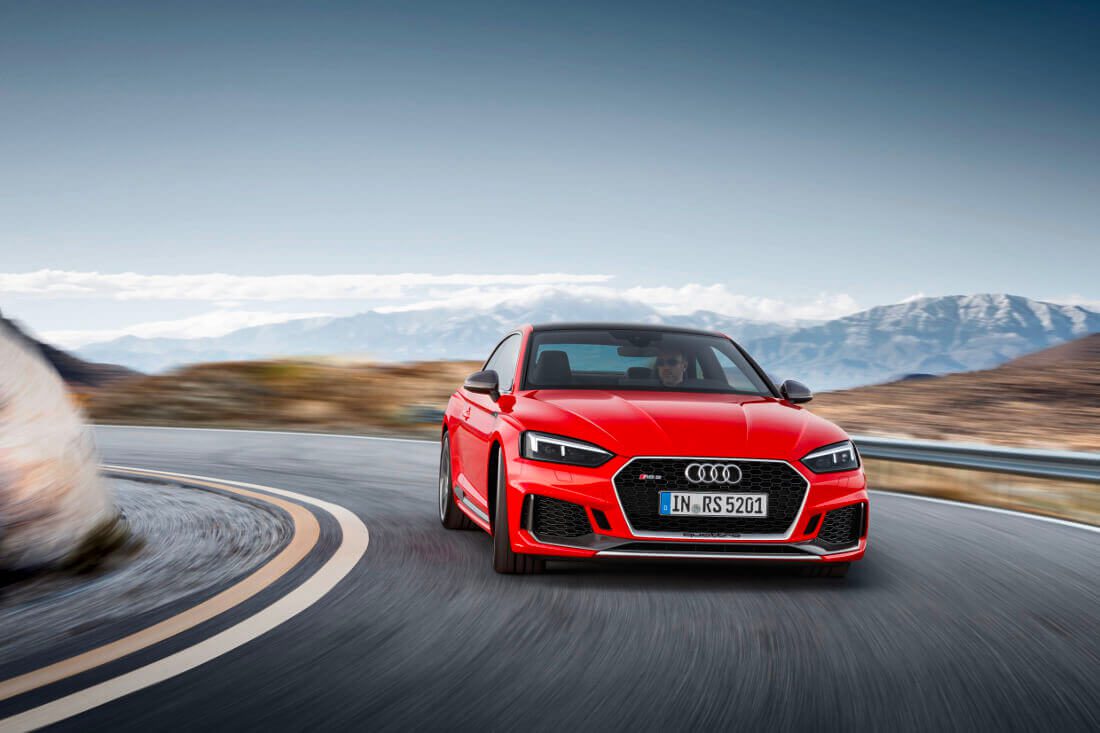 Beneath the bulging bodywork of the £61,015 Audi sits a 444bhp 2.9-litre twin-turbo V6 that slingshots the two-door coupe from 0-62mph in 3.9 seconds. That’s exactly the same amount of power as the old RS5 but an extra slug of torque (600Nm) helps the Audi get off the line that bit quicker than before. 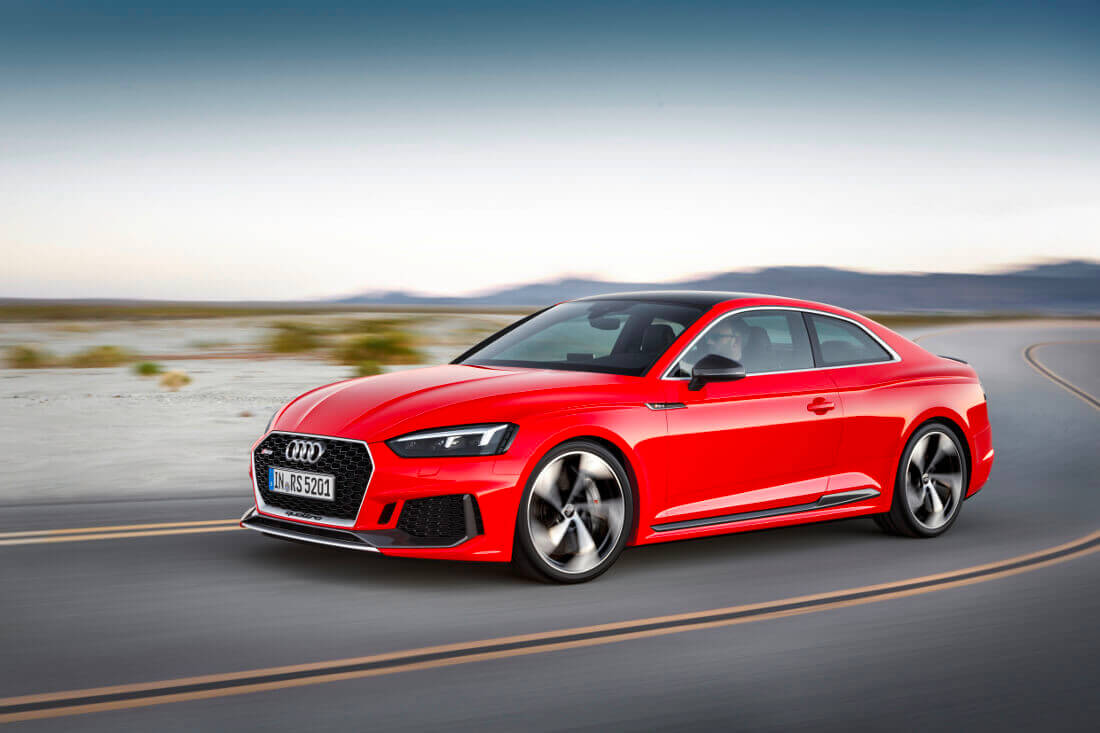 The RS5 also uses Audi’s famous quattro all-wheel drive system, whereas rivals such as the BMW M4 and Mercedes-AMG C63 put all of their power to the road through the rear wheels. That means when the Audi hooks up and romps down the road the other two will be left floundering in plumes of tyre smoke and hit with a £600 bill for some new rubber. 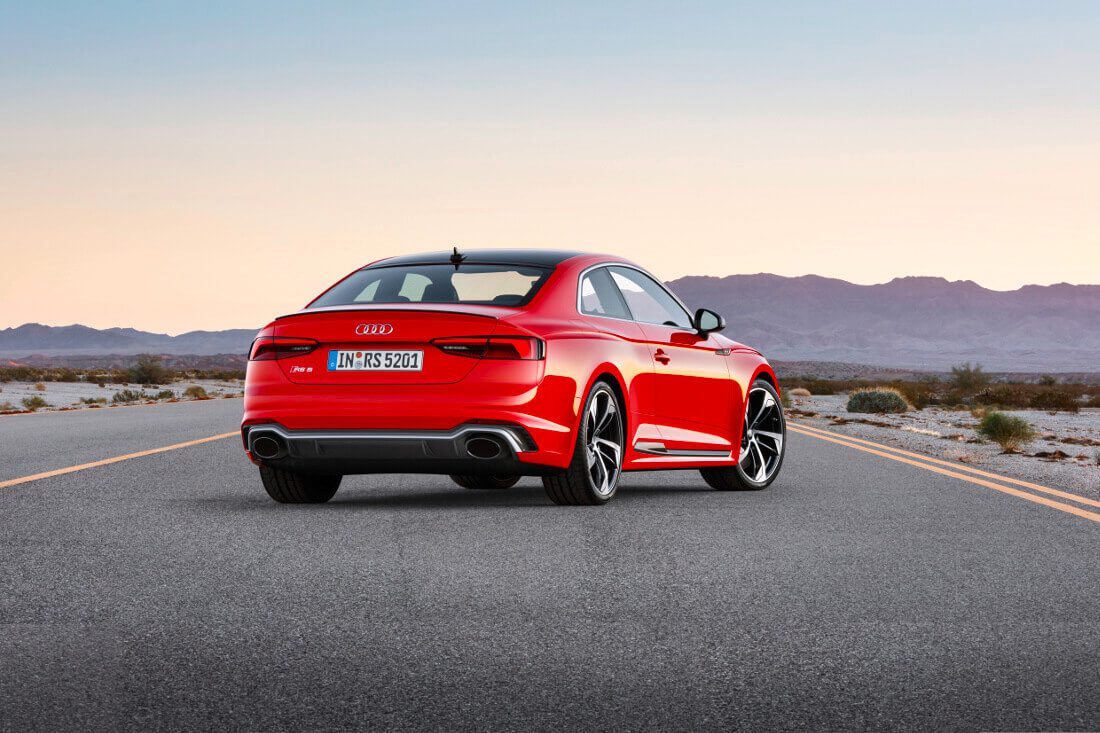 Where the BMW and Merc are feisty and exciting to drive quickly, the Audi covers the same ground with far more grace and poise – the four-wheel drive system makes progress effortless and rapid. However, a tradeoff for that composure means it’s not that particularly exciting. Quite often you have to keep glancing down at the steering wheel to remind yourself you are driving an RS model, because its feel so civilized. 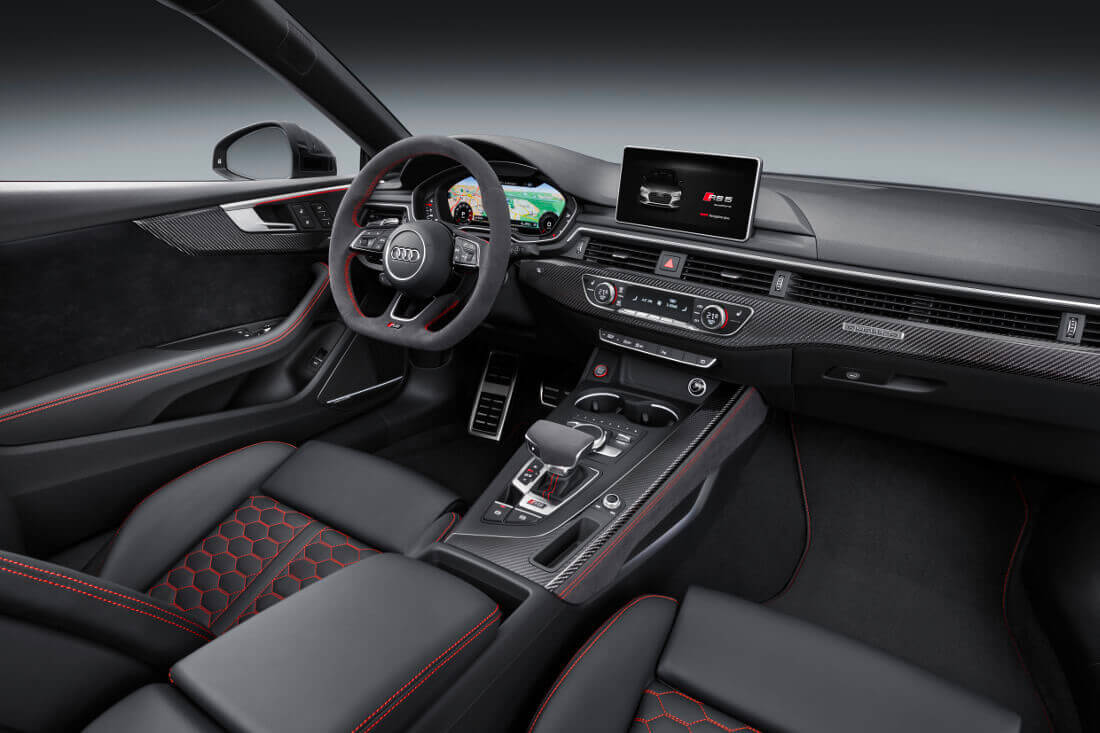 But in the real world, where you’ll be munching motorway miles and sitting in city centre traffic, it’s the Audi that you’ll want to be in. The beautifully appointed cabin hasn’t changed that much over a standard A5 Coupe, but it’s still the nicest place to sit out of the three super-coupes. 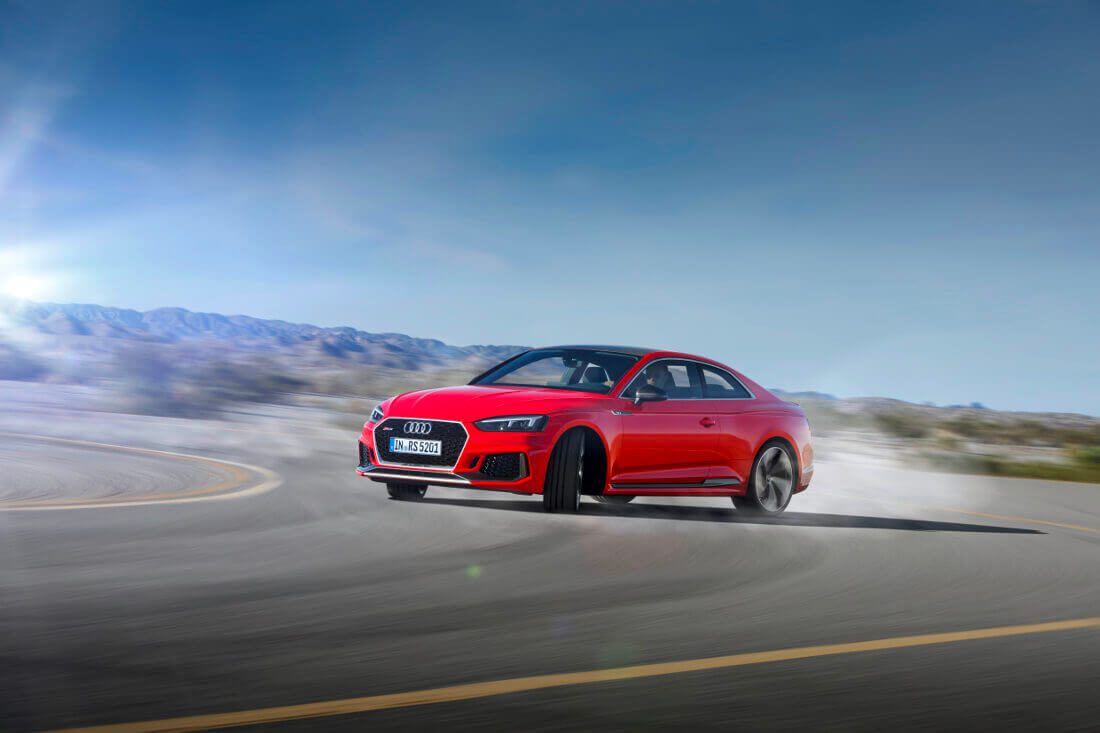 The RS5 is also the most comfortable and easy to live with day to day, plus if you’re easy on the throttle you should be able to coax 30mpg from it. Just don’t expect it to set your pulse racing.