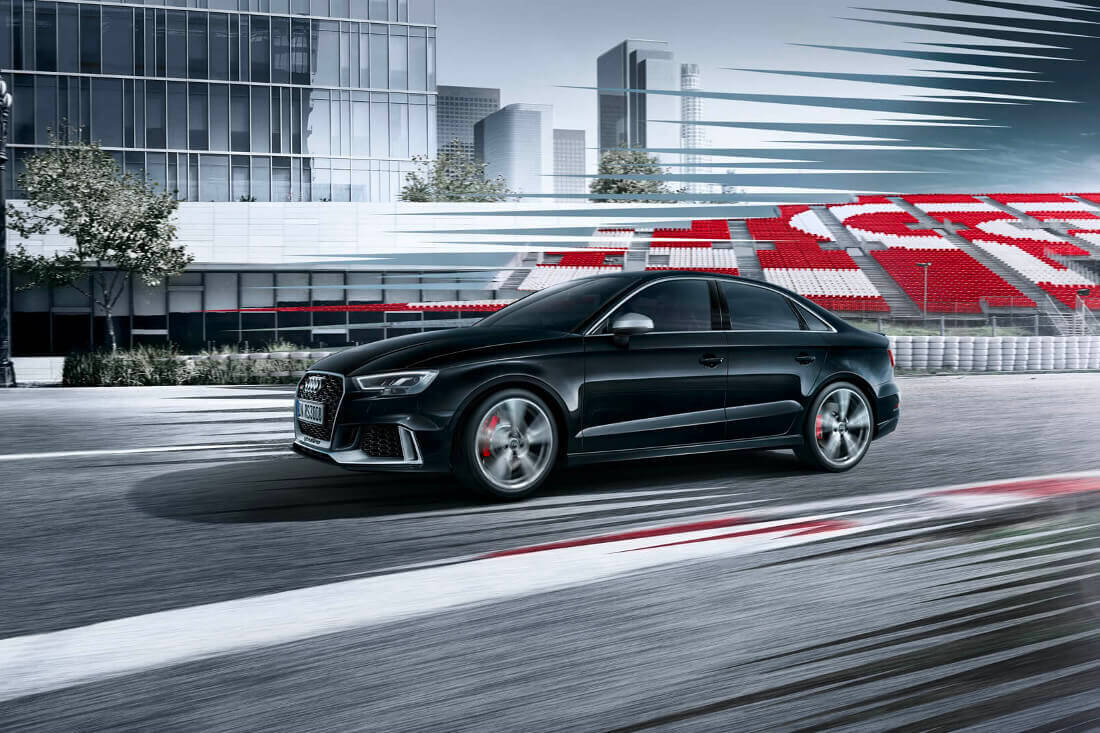 The traditional family car is evolving. Not long ago a big-booted estate was the only option, but the rise of the SUV and crossover looks to be taking over. But glance beyond the obvious choices and there’s a handful of German nutjob engineers that seem to think a family car requires almost 400bhp.

The Audi RS3 saloon is the latest to join the growing number of absurdly quick and obnoxiously loud family cars to come to the market. It’s also the first time Audi has offered the RS3 as a saloon; traditionally the car has only ever been sold as a Sportback. 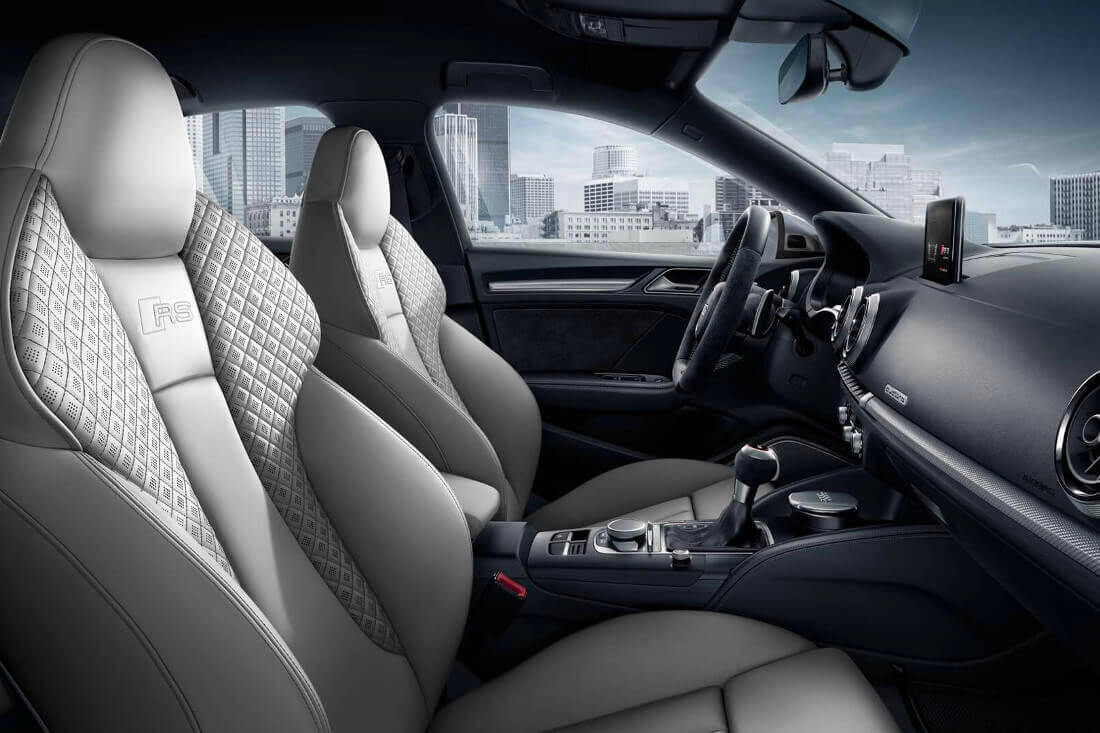 It uses the same 2.5-litre five-cylinder engine the RS3 has been blessed with ever since it arrived back in 2011. Only this time Audi has tweaked it to develop 395bhp and 480Nm of torque, and remains, without doubt, one of the world’s greatest engines.

Thumb the aluminium starter button and the engine barks into life before coming to a gargling idle. Pin the throttle and the engine spins rapidly to its 7,000rpm redline with a metallic-edged snarl – a symphony of pops and bangs coming from the exhaust with every gear change that is fired home via the seven-speed dual clutch automatic gearbox. 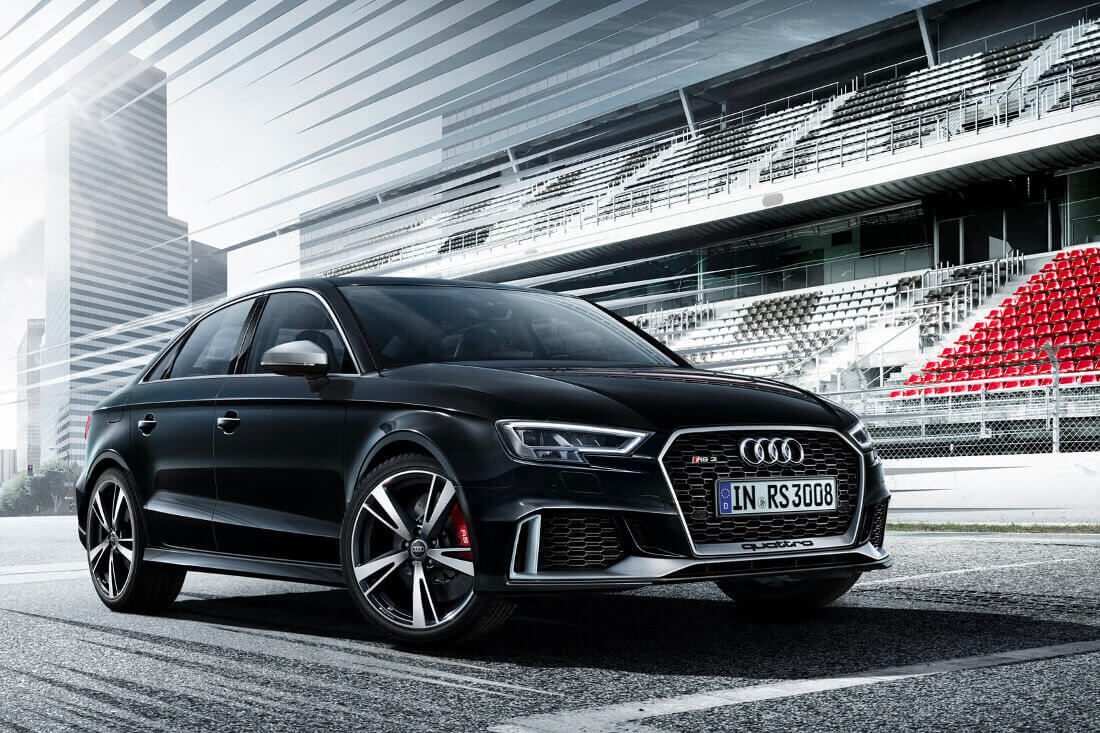 Like every Audi RS model, power is sent to the road via Audi’s quattro all-wheel drive system. It means unbreakable traction, confidence inspiring handling and supercar acceleration; Audi claims the RS3 saloon can hit 62mph from a standstill in 4.1 seconds. 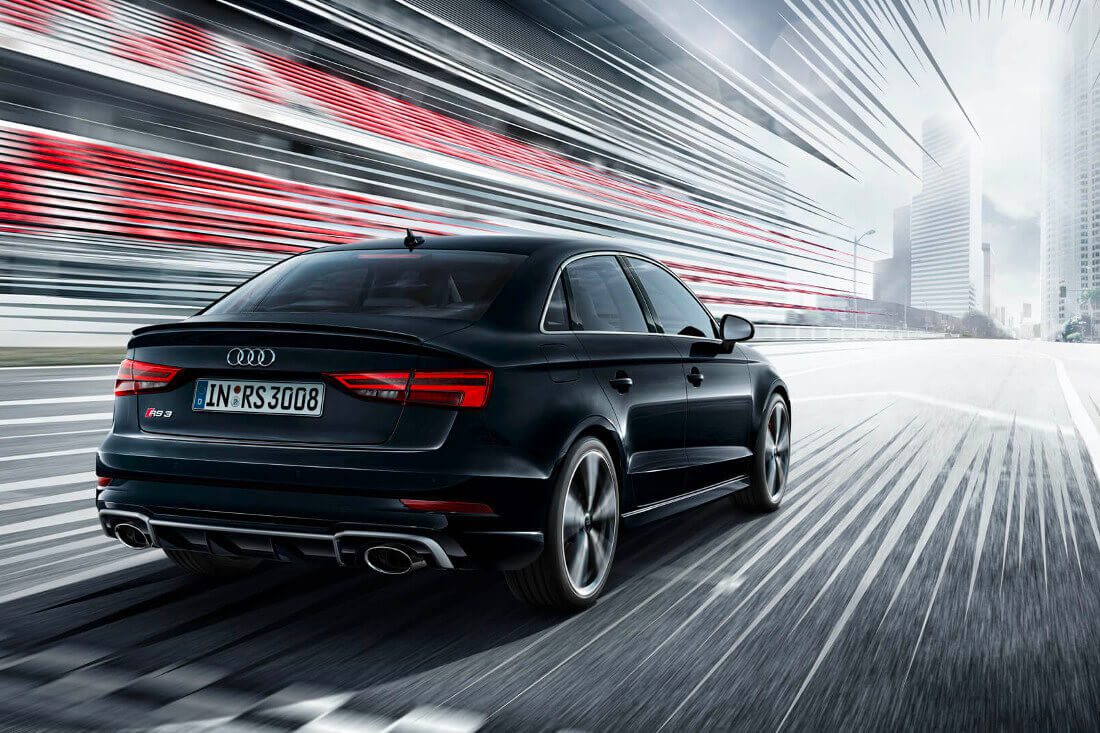 Because the RS3 is so planted and stable it can feel a little numb to drive at times; a Ford Focus RS has a much livelier feel to it from behind the wheel, but doesn’t cocoon you in the same luxurious cabin as the Audi. That luxury also costs from £45,250, but once that engine fires up the price will be the last thing you’ll be thinking about. 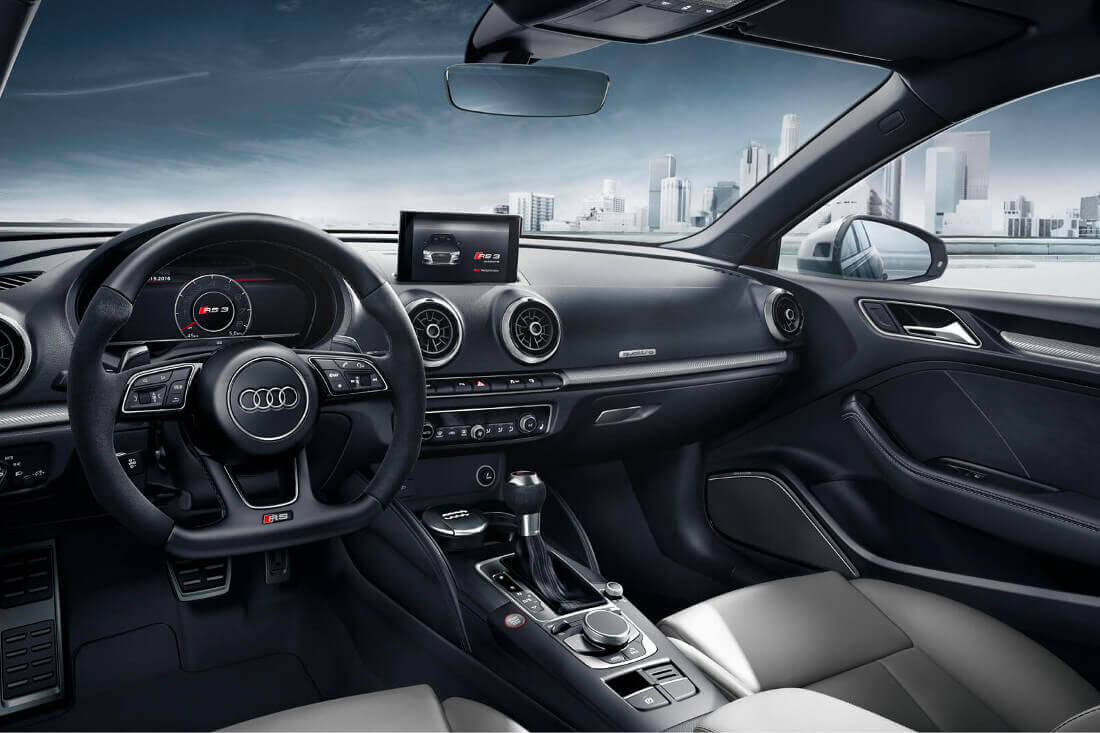