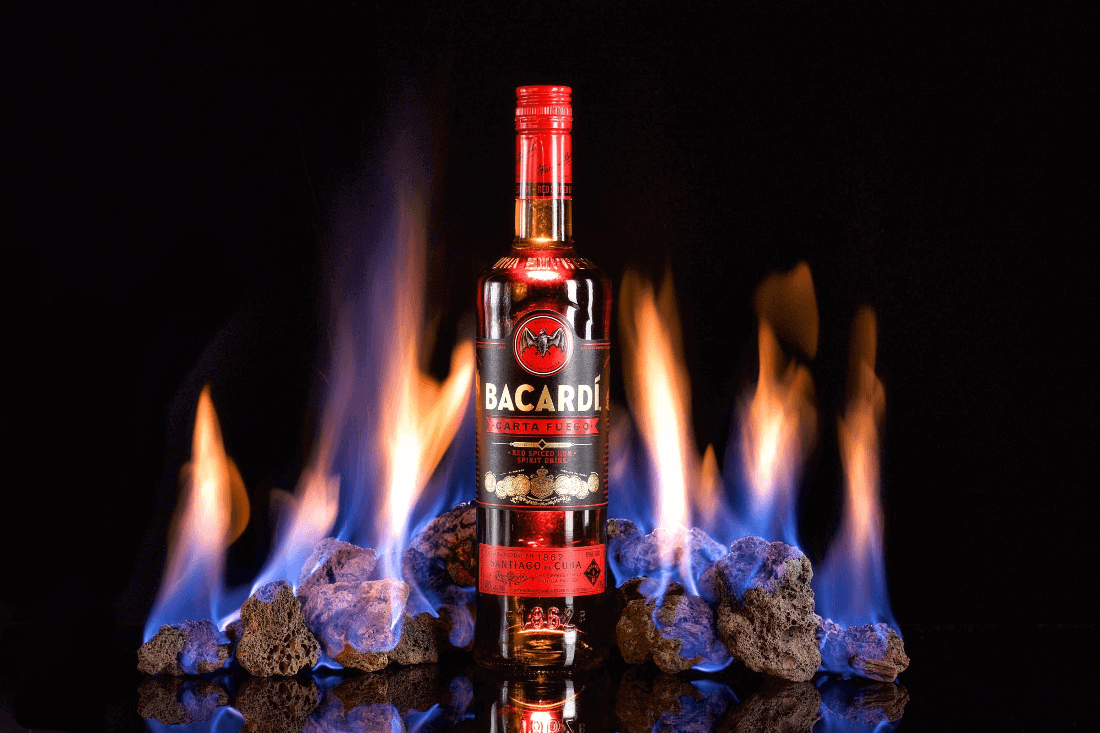 Vodka, Sambuca and Jägermeister shots- the old staples of your Saturday night out. Once upon a time ‘delicious’ or at least serving of a purpose, but who can deny they’ve become boring and repetitive. We need something new.

Enter Bacardi Carta Fuego, a red spiced rum spirit drink aged in torched barrels to be enjoyed as a shot. Created by Bacardi, the rum specialists founded in 1862 by Don Facundo Bacardí Massó, Carta Fuego is smooth but finishes with a kick of heat.

To launch the new shot, and bearing in mind, Fuego is the Spanish word for ‘Fire’, Bacardi have released a very cool video named ‘Bring The Heat’ using a Phantom Flex camera, shooting at up to 2,500 frames per second and a team of skilled pyros to capture the detail of a bottle assembling itself.

We look forward to Saturday night, and trying the latest creation from Bacardi and will watch with interest as Carta Fuego goes head to head with traditional Vodka, Sambuca and Jägermeister for you shot of choice.

Available now in major supermarkets and pubs and bars throughout the UK. Carta Fuego has an RRP of £21.00 for a 70cl bottle.