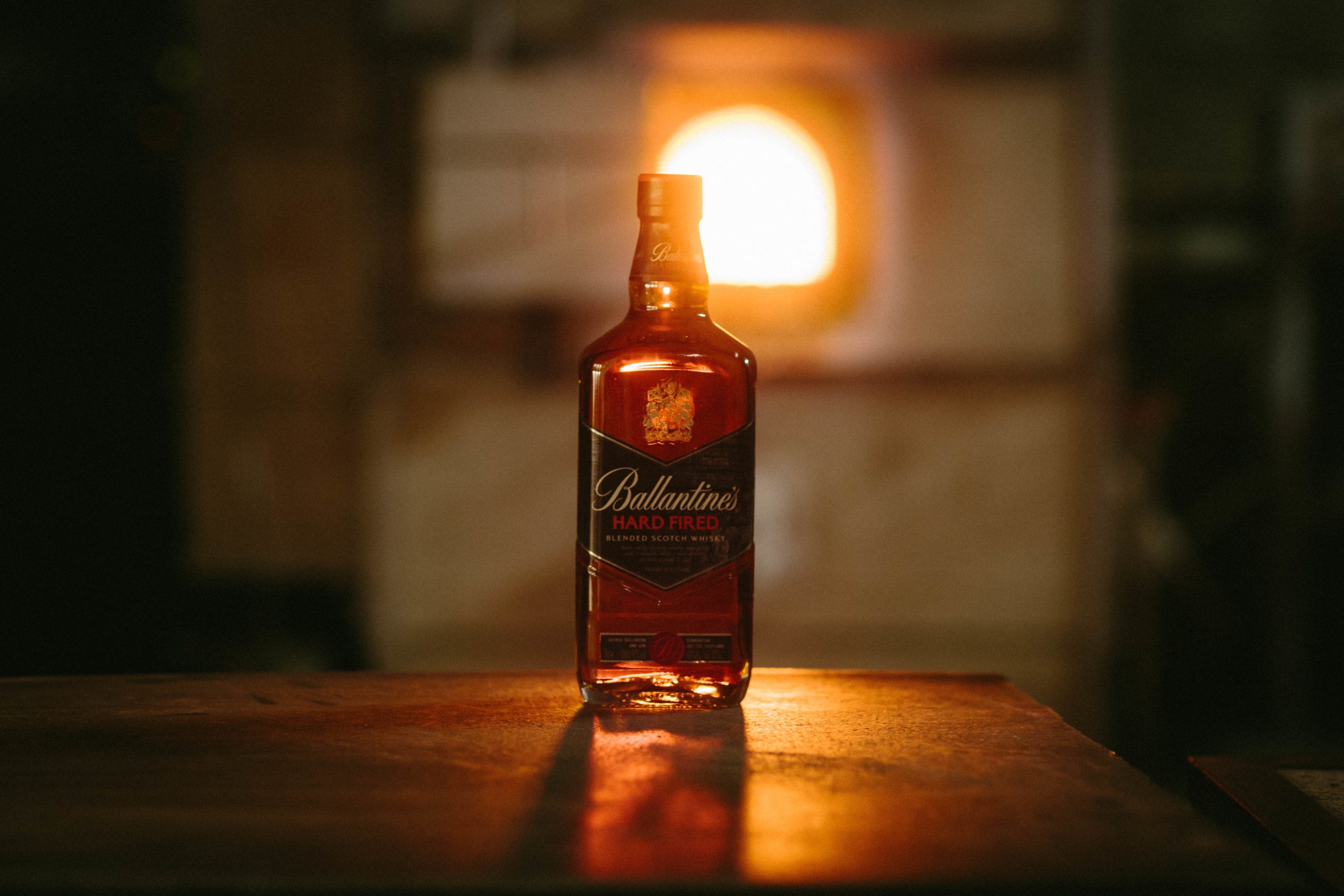 Scottish whisky brand Ballantine’s has released its newest expression named; Hard Fired. The world renowned distillery has employed a rarely-used process which starts with the individual selection of fresh American oak barrels that are charred twice by highly skilled coopers who judging the char length and intensity just by sight. It is this unique second charring that is known as ‘hard firing’.

The barrels are ‘fresh’ and ignite that much quicker, which means Ballantine’s expert cooperage need to use all their skill in the charring process, ensuring there is an equal char throughout. Ballantine’s Master Blender, Sandy Hyslop then noses each barrel and selects those best to be filled with a unique Ballantine’s blend for resting.

This painstaking attention to detail allows the unlocking of flavours from the oak, such as vanilla and spice, as well as a smooth smokiness. As you would find in peaty whiskies, where there is a natural heavy smokiness to them, with Ballantine’s Hard Fired, however, there is the added smoke injected by the hard firing process accompanying the soft, sweet and elegant taste profile you’d expect from Ballantine’s.

Perfect as a gift or a bottle to add to your own collection, Ballantine’s Hard Fired is also a great starting point for ‘smokey’ whiskies. With its balance of sweet and smoke, this whisky can be a great accompaniment to dark chocolate, butterscotch, as well as smoked cheese and chutney.

• Ballantine’s Hard Fired Apple- a simple serve with apple juice and aromatic bitters in a highball glass with lots of ice.