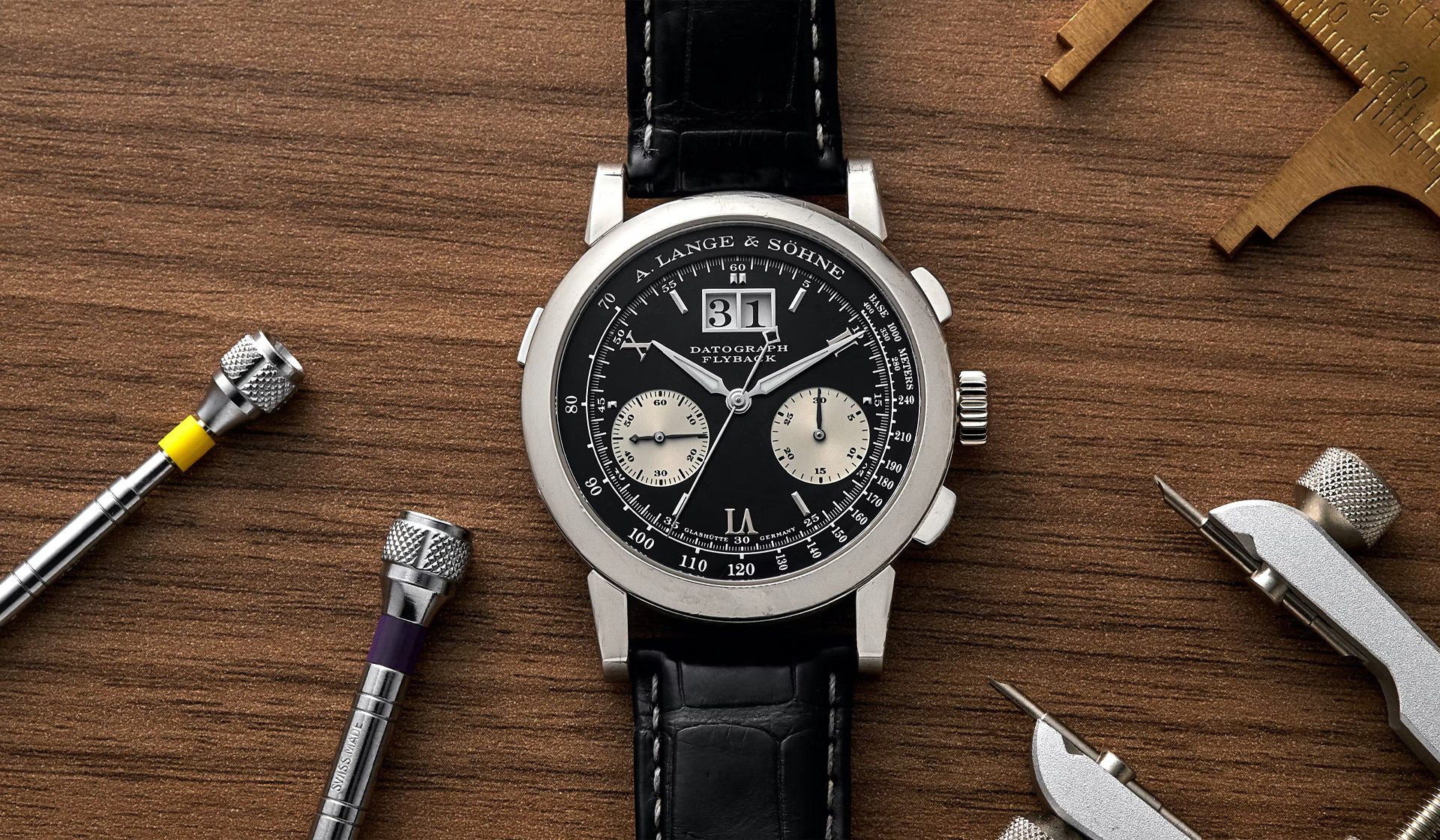 It may be a jumped-up stopwatch, but there’s no denying a chronograph has charm. Use the pushers and you really feel like you’re engaging with your watch; kickstart the seconds hand and the dial comes to life. It’s certainly more exciting than watching a moonphase move or adjusting your date.

If you don’t have one in your collection, here’s a guide to what a chronograph does, what your money is actually paying for, and whether a column wheel really is better than a cam.

What Is A Chronograph? 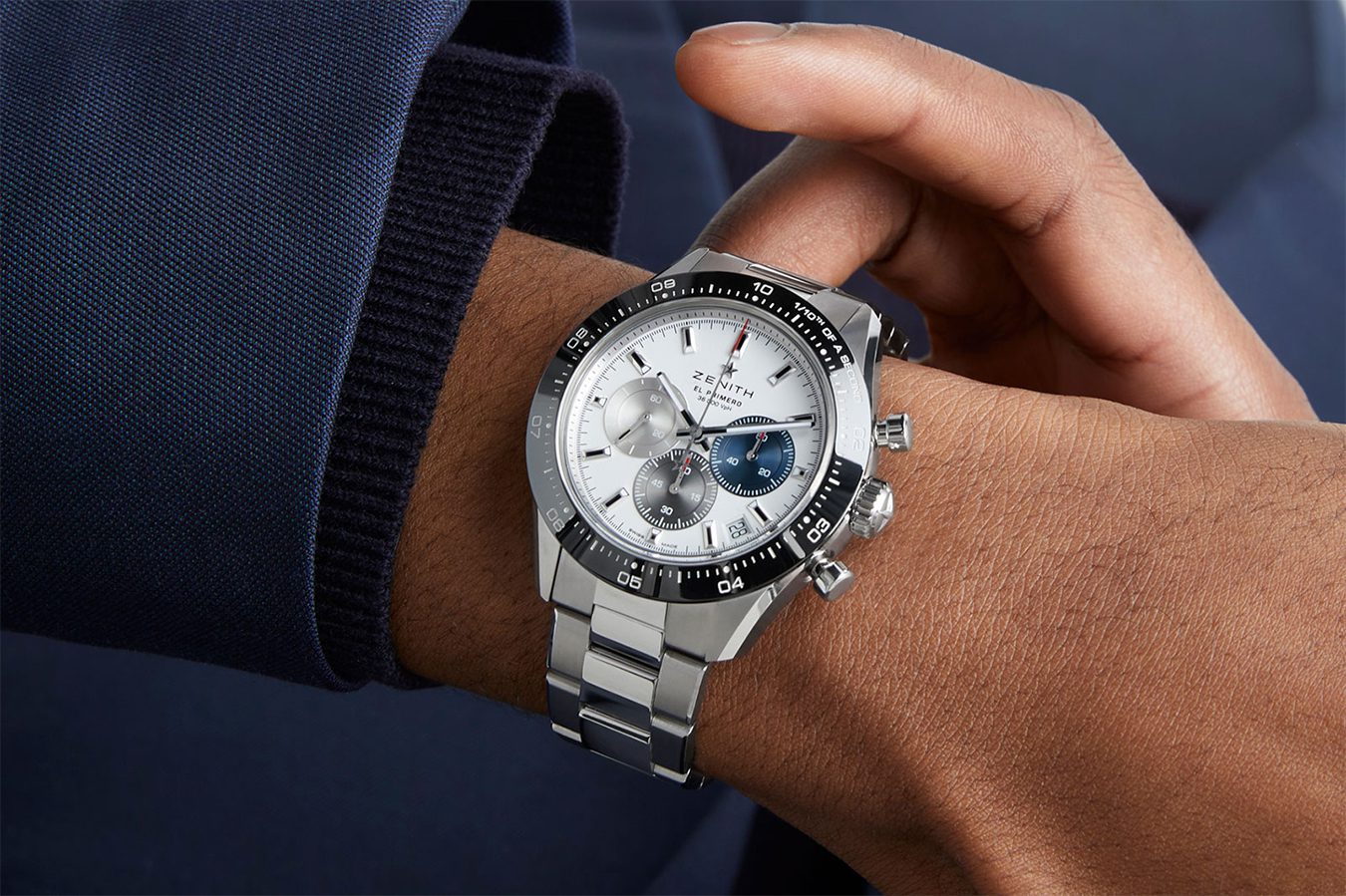 Essentially, a chronograph is a stopwatch. You deploy a pusher, usually at two o’clock, and this will start the centrally mounted seconds hand. Use the same pusher to stop the seconds hand and the pusher at four o’clock to reset it to 12. If you’ve run it for over a minute, elapsed time is then measured on the sub dial.

Chronographs known as ‘flyback’ allow you to reset the seconds hand without stopping and restarting again. It’s thought to be more accurate, but it looks really elegant as well.

The final type of chronograph is a ‘rattrapante’ or ‘split seconds’. This, most commonly, has two seconds hands, which you can stop and start independently of each other, allowing more than one event to be timed. As you can imagine, the double sweep looks sensational.

History Of The Chronograph The fabled compteur de tierces, made by Louis Moinet

The first-ever chronograph was originally thought to have been invented by French watchmaker Nicolas Rieussec. Rather than seconds hands and counters, it had two discs – one used the movement’s kinetic energy to move a small needle tipped with ink. The needle made a mark on the other discs when stopped to show the time elapsed. Rieussec first used it to time horse races in Paris in 1812.

However, in 2012, a fabled compteur de tierces or ‘thirds counter’ – made by Louis Moinet and written about in his 1848 watch bible Traité d’Horlogerie – was discovered and verified at a sale at Christie’s Geneva, effectively rewriting the history of the chronograph.

Longines created one of the earliest wristwatches with the complication in 1913, while Breitling gets points for being the first to devise a separate pusher to operate the complication. Yet the single most important moment in the history of this complication was probably the introduction of the first automatic chronograph in 1969, when three dropped in the same year.

March saw the prototype launch of then-Heuer, Breitling and Buren’s collaboration with movement maker Dubois-Depraz: the Chronomatic, or Calibre 11, with working models in August. Later on in the year, Zenith unveiled its in-series El Primero in October, having unveiled a prototype in January, while Seiko quietly released its version, the 6139, in May. All of which has led to subsequent lively debate as to who was truly first. 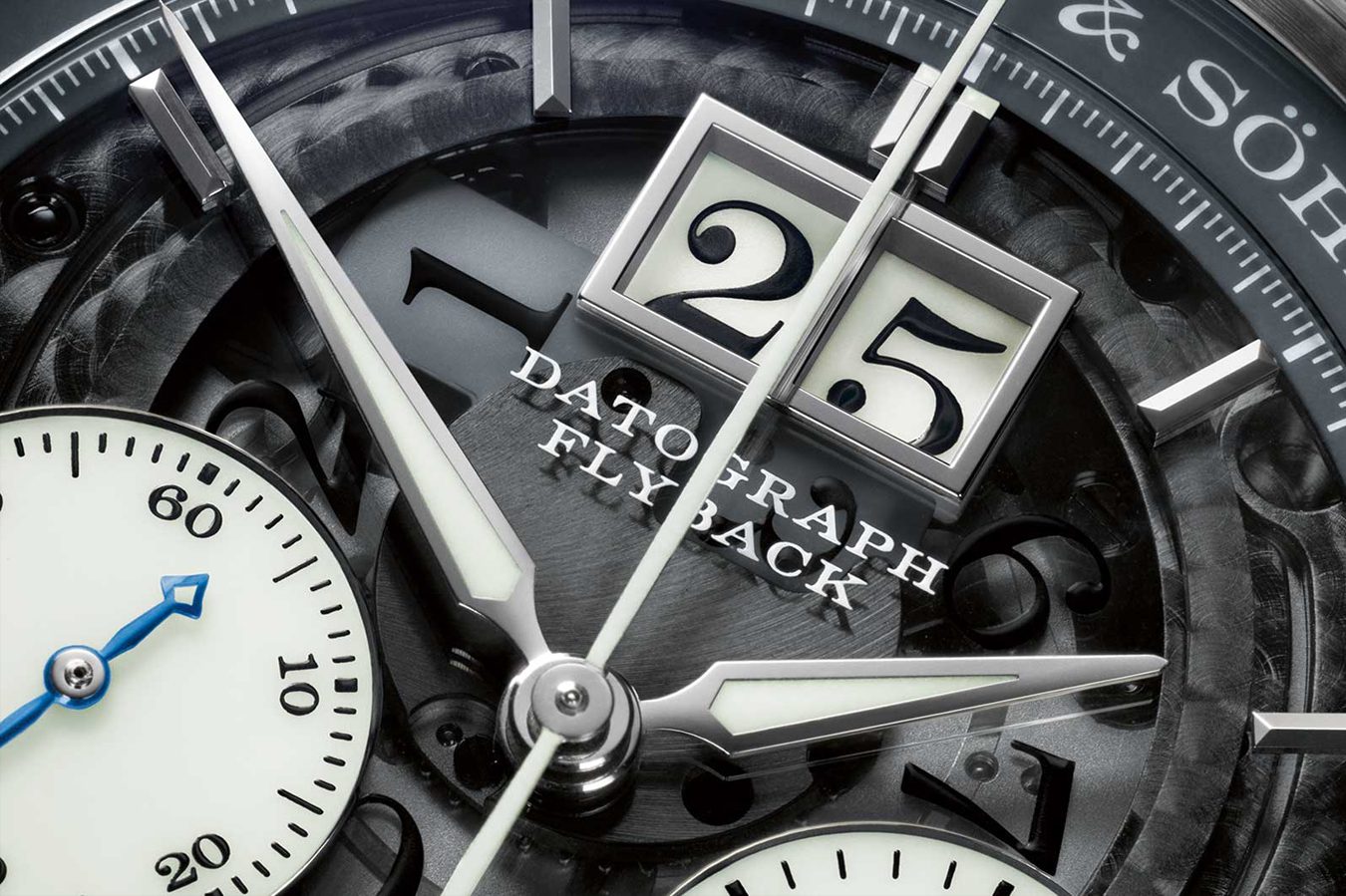 Despite allegedly being one of the hardest to make, chronographs are the most democratic complication around. You can purchase a Baltic BiCompax powered by the Chinese-made Seagull movement for €540 or indulge in a Breguet Marine with the same complication for £29,400.

Aside from the obvious discrepancy in movement quality, why do prices vary so much? Because how the chronograph module itself is made matters.

First up: column wheel or cam-actuated? The column wheel is considered superior. It features a mechanism that resembles a small castle turret. Use the chronograph pusher and the turret rotates one increment to start the seconds hand. This requires care and attention, it also needs maintenance, which ups the price.

Then there’s a cam-actuated chronograph. As opposed to having wheels, this uses levers and arms, meshed together and driven by a cam. It’s not constructed in as precise a manner as the column wheel but does equally as good a job. So why bother worrying about the difference?

Because actually the situation is a tad more complicated. Column wheel vs cam is also a discussion about vertical vs horizontal clutch. A column-wheel chronograph is engaged or disengaged via a circular disc, released from the ‘clutches’ of a pincer, which then springs onto the face of the upper disc and driving it via friction. Think dropping a record onto a turntable. The chronograph is engaged instantly and there’s no jerk before the seconds hand starts.

With a cam-actuated design you have a horizontal meshing of gears that are turned when the pusher is used. More pressure is needed, which gives tougher feel to the pushers and makes the seconds hand jerk before starting.

Watchmakers are huge fans of the former because you can service the escapement, mainspring and winding system without having to take apart the complication as well. Connoisseurs favour the latter because it requires more skill on behalf of the brand both in its development and execution. The exception to this is the legendary Valjoux 7750, which is integrated, was invented in 1974 and doesn’t cost the earth. 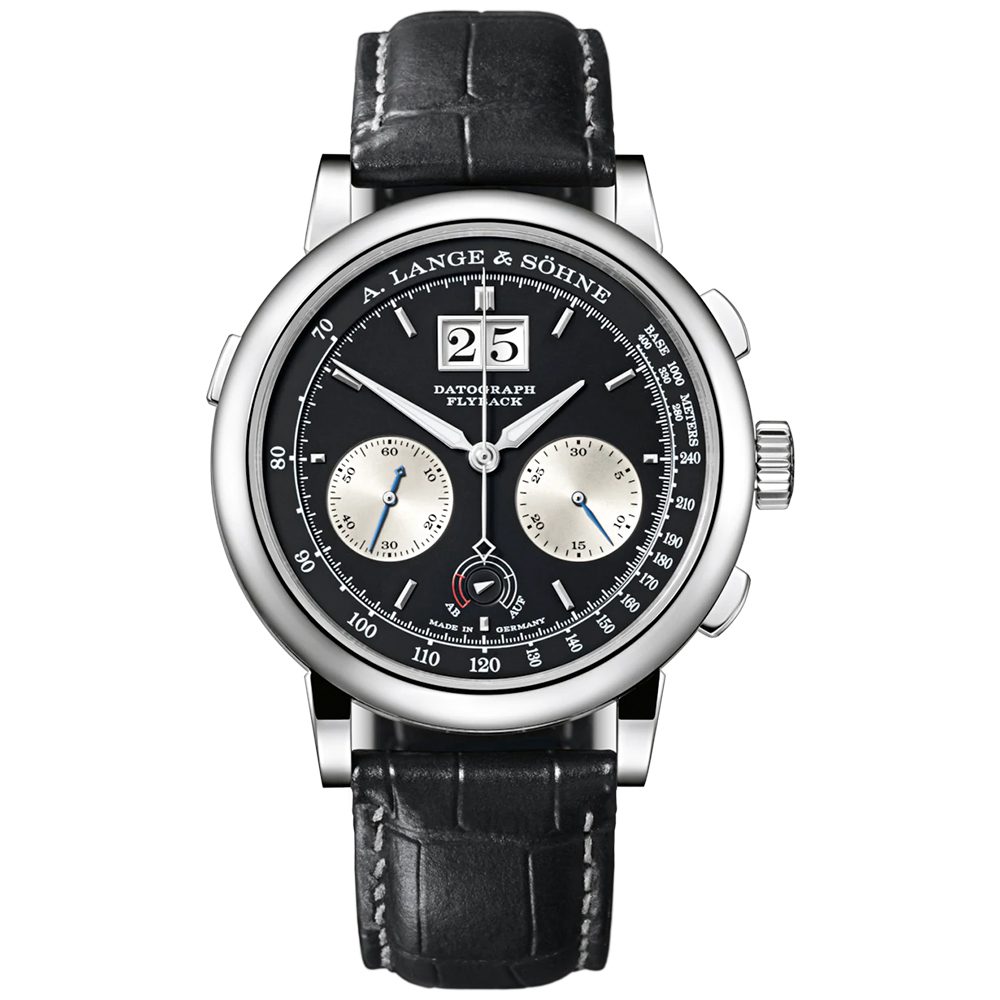 Considered one of the most beautiful movements ever, the L951.1 launched in 1999 in the Datograph. The first thing to notice are the sub dials, which are unusually at four and eight o’clock. This aesthetic quirk was determined before the movement was designed which meant reworking the chronograph component to accommodate it.

It also has a jump minute. Usually, the minute counter will start to move just before a minute is measured, snapping into place when it has elapsed. Not on the Datograph – the minute counter moves forward precisely at the moment the seconds hand passes zero. It’s a mechanical marvel.

See more at A Lange & Sohne Dubois Depraz is one of the most revered movement and module makers in the Vallée de Joux. It was responsible for two of the most famous automatic chronographs and has supplied some of the most famed watch marques.

However, its modules tend to be dirty secrets. Not so with the Gorilla. Rather than hide its Dubois Depraz module round the back, it’s front and centre on the dial. A fitting celebration for this industry stalwart. It was the first-ever square watch to be water-resistant and to contain the Calibre 11, the world’s first automatic chronograph to market.

Steve McQueen wore it in the film Le Mans, and its blue and orange livery is iconic. No round up of chronographs would be complete without this watch. When it comes to what powers a Speedmaster, everyone gets overexcited about the Calibre 321 – the column wheel chrono that went to the Moon and that has recently been resurrected thanks to imaging technology.

However, practical people prefer the 86. If you’re buying vintage, it’s cam-actuated so easier to maintain and there are more parts available if anything does go wrong. 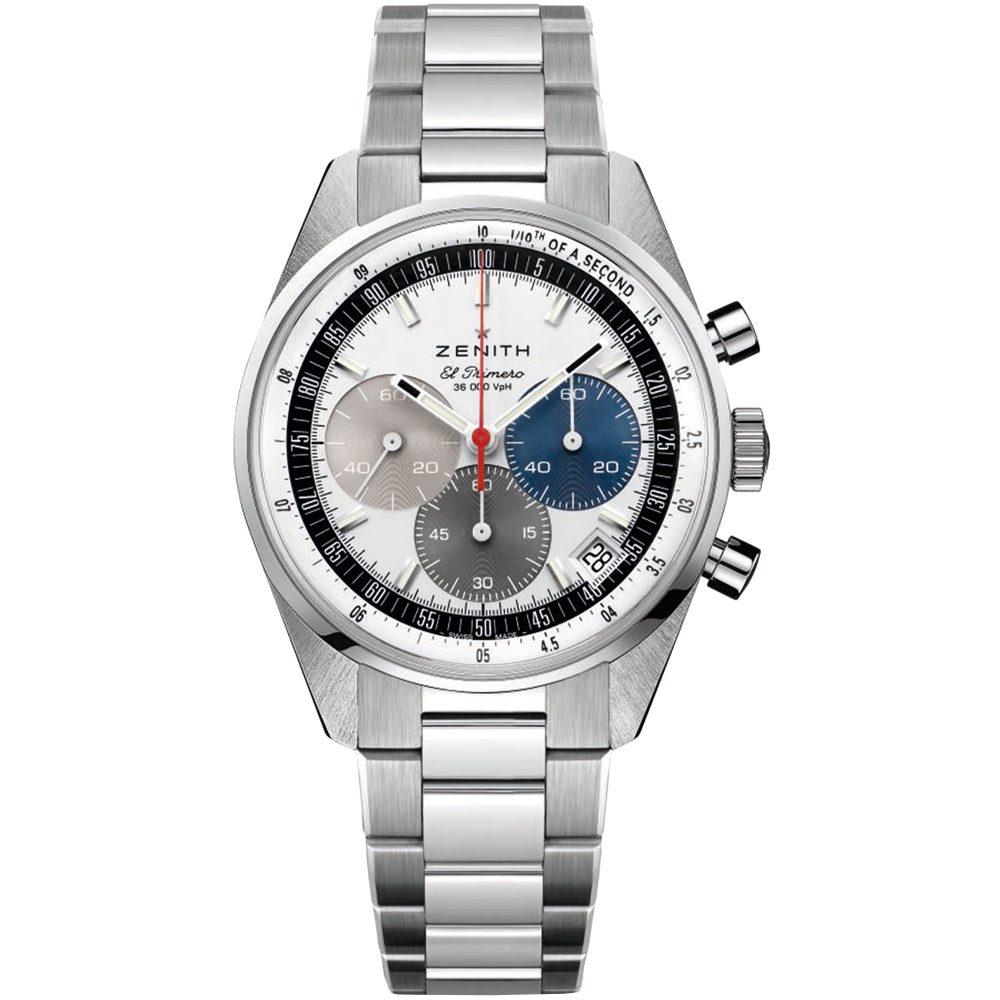 Zenith was technically the first brand with an automatic chronograph despite the Chronomatic Group releasing its series sooner. It was a better calibre than the Calibre 11 – higher frequency, integrated, and only 6.5mm thick.

Now it’s the cornerstone of the Zenith brand. And rightly so.

Buy now at Watches of Switzerland The Valjoux 7750 was a workhorse chronograph movement developed by ETA as an alternative to the El Primero, which Zenith was selling to other brands. It was partially designed by computer, worked using a three-plane cam system, and is integrated.

Despite pretentiousness about its pedestrian design at the time, much like the ETA-2824, it has become an icon. The update, the 7753, has counters at three, six and nine, but everyone knows the 7750 was six, nine and 12. 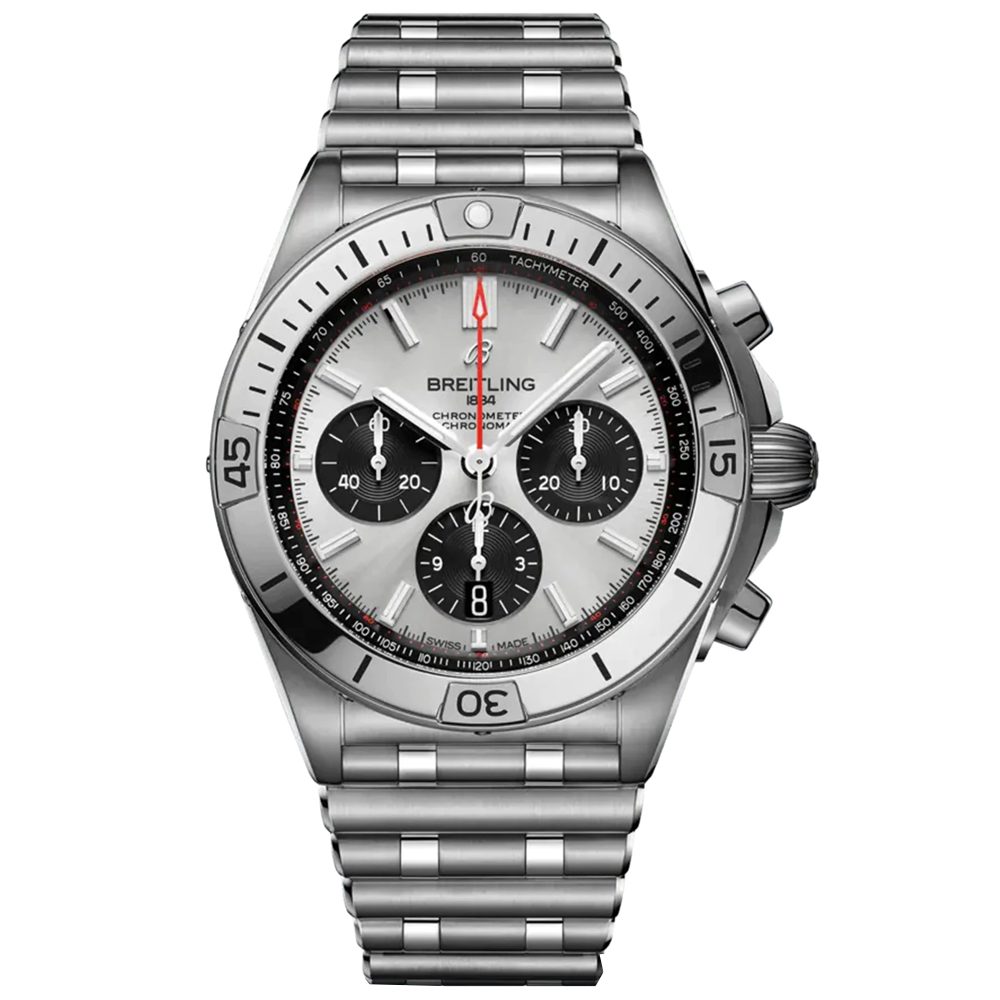 This was the movement that transformed Breitling from being a watch assembler to a watchmaker. Five years in the making, it launched in 2009, it is a column-wheel, easy to mass produce and really put Breitling on the map, movement-wise.